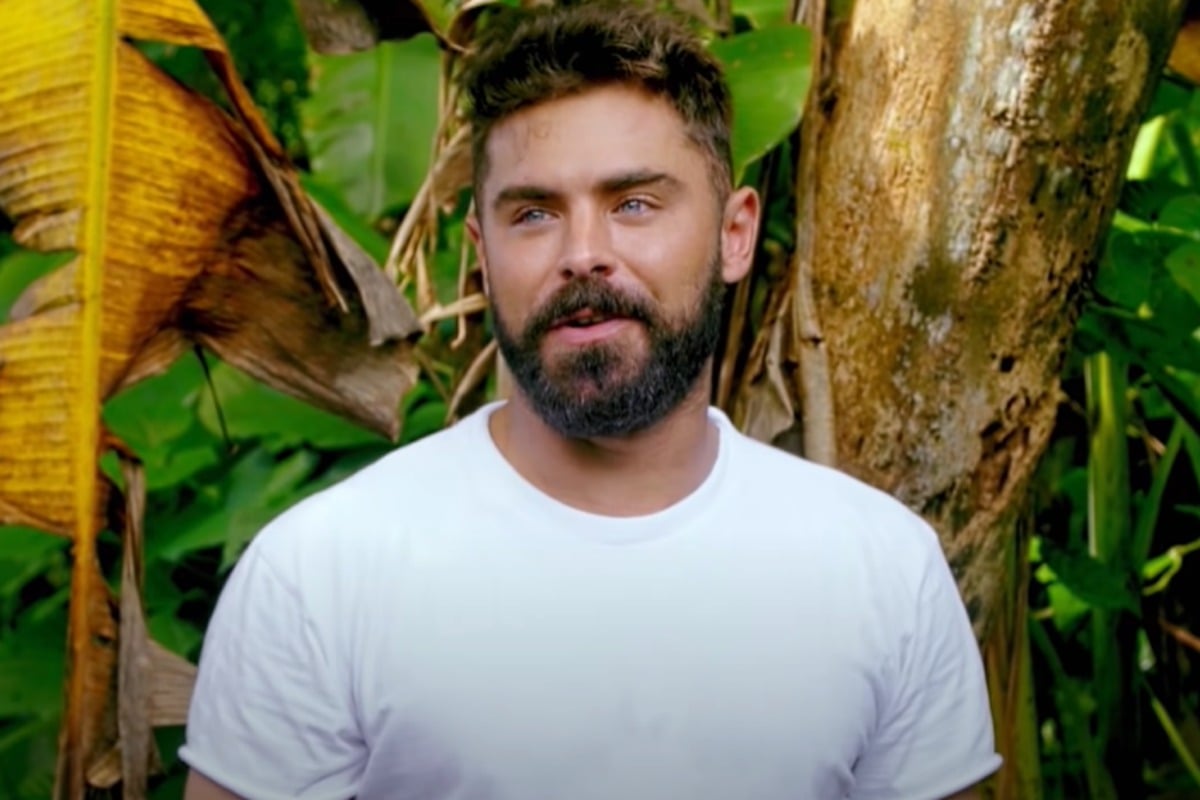 1. Everything we know about the wild rumour that Zac Efron will appear on I'm A Celeb.

﻿Zac Efron ﻿has been making headlines here in Australia lately, after he was seen hanging around in Northern NSW earlier this month. ﻿

And now there's a wild new rumour going around that the American actor may be leaving his new Byron Bay lifestyle behind to rough it on I'm a Celebrity... Get Me Out of Here!

Yep, it seems... unlikely. But we can still dream.

According to New Idea, Channel 10 has reportedly offered the 32-year-old $1.5million to appear in the upcoming season, which is believed to start filming early next year.

"Channel 10 are saving a fortune filming in Australia [instead of South Africa] and can now afford some bigger names," a source supposedly told the publication.

"Zac is the number one and most-wanted participant." ﻿

It wouldn't be the first time Efron has appeared on reality TV, having recently filmed TV series Killing Zac Efron, where he explored the jungle of Papua New Guinea.

But before we get too excited, nothing has officially been confirmed at this stage (as much as we would like it to be true).

I'm a Celebrity... Get me Out Of Here! is expected to begin production in January.

2. It looks like three new "unknown" intruders could be joining Bachelor in Paradise.

In just two days, our favourite Bachie contestants (and Osher) will return to our screens for Bachelor in Paradise.

But now it seems they won't be the only ones heading into paradise.

According to New Idea, three men, who have never appeared in The Bachelor franchise before, are also set to join the show.

"They were unsuccessful [applying] for Angie [Kent]'s season, but then got fast-tracked to Paradise. It was so bizarre," an insider supposedly told the publication.

A post shared by Bachelor In Paradise Australia (@bachelorinparadiseau) on Jul 5, 2020 at 2:30pm PDT

A male contestant also claimed that the intruders didn't receive a warm welcome from the other cast members.﻿

"We had no idea who they were when they walked in. They thought that bringing in three random guys would rattle our cages; they wanted us to feel threatened," the source claimed.

"They couldn't join in our conversations because they had nothing in common with us. It was awkward," another contestant reportedly told the publication.

At this stage, nothing has been confirmed, so it looks like we'll just have to wait and see what happens when Bachelor in Paradise returns on Wednesday at 7.30pm on Channel Ten.

3. Bindi Irwin and Chandler Powell have opened up about their "weirdest honeymoon ever".

After getting married just hours before coronavirus restrictions tightened, Bindi Irwin and Chandler Powell embarked on the "weirdest honeymoon ever", which will be featured in an upcoming American TV special, Crikey! It’s the Irwins: Life in Lockdown.

"It was an incredibly stressful time as Australia Zoo was flung into lockdown and we had no idea if or when our doors would be open again," Bindi explained to US Weekly.

"It was heartbreaking and scary for all of us. We spent our honeymoon doing our best to care for our animals and zoo team hoping that things would get brighter."﻿

Lemur selfie! 💙 I wanted to take a moment to thank you for your incredibly kind comments and amazing support. Chandler and I are so happy and grateful to be married. Our honeymoon has been really busy with all that has to be done here @AustraliaZoo. Due to the current pandemic we’re temporarily not open and caring for our 1,200 beautiful animals that call our gardens home. Things are certainly challenging for us all at the moment. However, it’s so important to focus on what really matters - family, friendship and things that make us smile even when we’re social distancing.

The 21-year-old also shared that the first chance she got to spend some alone time with Chandler after the wedding was interrupted by her younger brother, Robert.

"You know what every bride wants after she gets married? To celebrate her honeymoon with her brother on a romantic picnic, the first time we’ve been alone in the last month," she laughed.

While the pair are enjoying married life, it's been all work and no play, with times especially tough at the zoo amid the pandemic.

"It’s really scary trying to make do with a limited number of staff, and to take care of 1,200 animals," she explained.

"Things are incredibly busy here while we’re temporarily not open. We’re all working together to make sure our animal family is happy."

Between running for president and designing fashion for his billion-dollar company, you'd think Kanye West had little room on his plate for a new side hustle.

But the 43-year-old rapper has tweeted out a "roster proposal" for a potential new streaming service he is working on, dubbed "Yeezy Sound" featuring his seven-year-old daughter, of course.

The name was trademarked all the way back in 2017, hinting that the project is something he has been working on in the background for a while.

Whether the service will come to fruition soon is unknown, but if this could be North West's big musical break, we're all for it.

Four months into isolation living, Fifi Box has embraced the simple pleasures of slowing down.

"Before isolation, I was running around constantly; every weekend was loaded with catchups and activities and I was always exhausted," the Australian media personality tells Mamamia. "So, I’ve realised that’s it’s okay to not have plans, to sit around the loungeroom with the kids doing puzzles and playing charades.

"I feel a lot calmer and happier taking the pressure off and declining invitations." 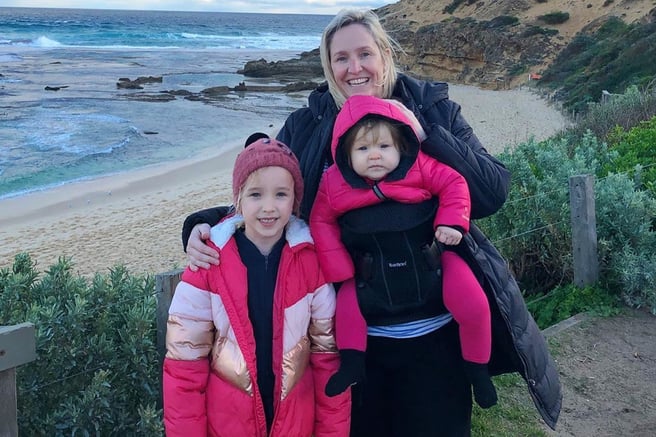 Still, her average weekday involves a piercing 4:30am alarm before her Fox FM radio show, Fifi, Fev and Byron, which she currently co-hosts from her home in Melbourne.

"I go to my home studio at 5am to prepare the radio show and work until roughly 11am. Then, I’m back on mum duty and spend the next few hours getting stuck into chores and spending quality time with [my youngest daughter] Daisy."

On top of her work, Box's days in isolation involved home-schooling her eldest daughter, seven-year-old Trixie, whilst caring for one-year-old Daisy.

"It was such a special time, not running around to appointments, activities and parties. I really relished the slowing down, which resulted in so much quality time as a family enjoying the moment and not racing off to the next thing."

For our full interview with Fifi Box, read our earlier article here.