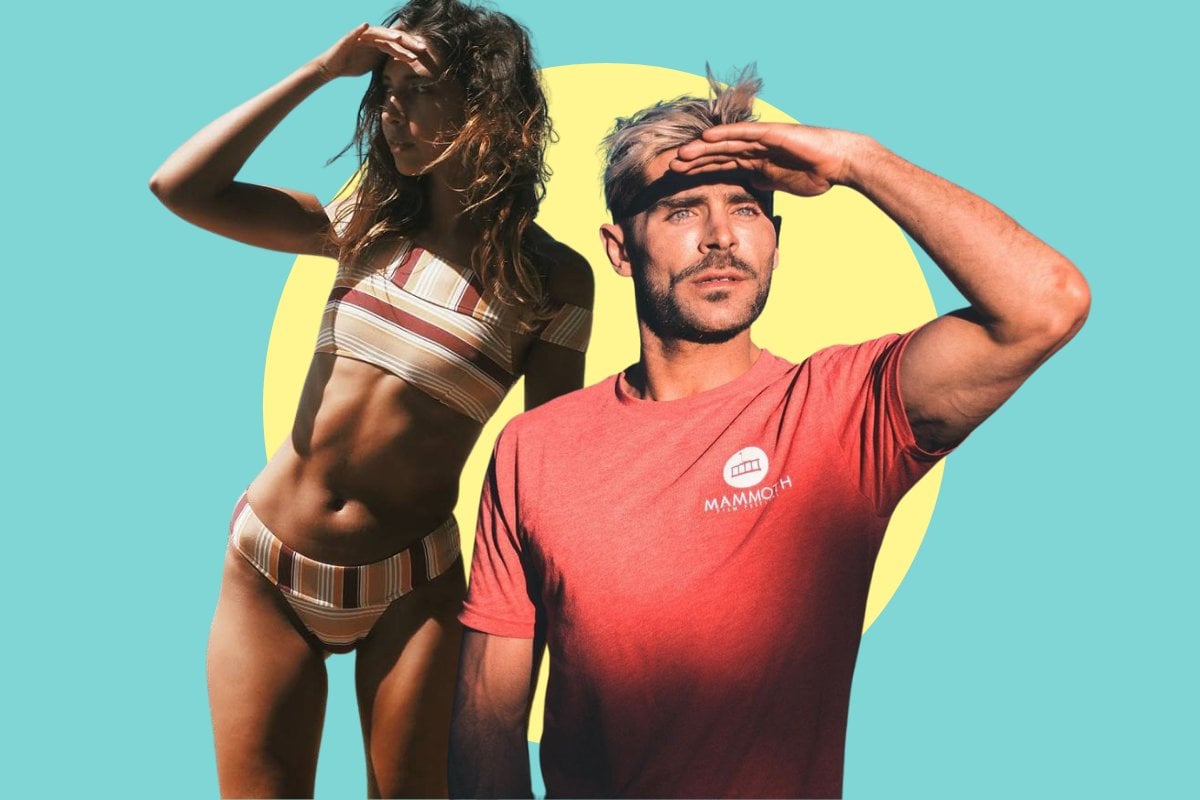 1. Did Zac Efron seriously break up with his girlfriend because she wants to go on Byron Baes?

Friends, we have some news: Zac Efron and his Australian girlfriend Vanessa Valladares have broken up after 10 months together. And apparently, there's a good reason why.

According to one of Zac Efron's close friends, the couple split after Efron found out that Valladares was set to star in Netflix's new docu-soap, Byron Baes.

"Zac sent her home from the set [of his Netflix documentary, Down to Earth with Zac Efron] last week.

"I'm sure the final nail in the coffin was him seeing the story of her being possibly on Byron Baes and the claims that he was helping her get on it," they added.

Efron, 33, and the Byron Bay local, Valladares, 25, met when the actor was living in Byron Bay during the height of the COVID-19 pandemic.

Since then, Valladares reportedly quit her job at the Byron Bay General Store and travelled around Australia with Efron while he shot various projects, including Stan Original film, Gold, and Down to Earth with Zac Efron.

Listen to The Spill, Mamamia's daily entertainment podcast. In this episode, co-hosts Laura Brodnik and Kee Reece discuss Kate Winslet and the one lie Hollywood needs to stop telling. Post continues after audio.

Abbie Chatfield is a pretty open book. She's happy to talk about any topic, no matter how taboo it may be. And today, she made that very clear.

Appearing on the Kyle & Jackie O Show, the 25-year-old discussed sex with men and women and what she prefers.

"I've had amazing sex with both, but women, for sure [are better]," she told the radio hosts.

She also explained the one thing she hates men doing in bed.

"I think the worst is when men jackhammer and nothing else," she said. "That's fine every so often, that's fine as part of the routine, but when it's the entire routine, it's too much and you dry up. Too much friction."

3. The body-positive moment from School of Rock currently going viral… 18 years after the movie premiered.

It's been almost two decades since School of Rock hit our screens but one scene is going viral online for all the right reasons.

Earlier this week, Twitter user @hamishsteele posted a video of the scene where Tomika (Mayhrenate) tells Dewey Finn (Jack Black) that she's worried to go out on stage "because I’m fat".

"This scene is more revolutionary than I think they even knew and it really stuck with me as a child. Especially the last line," he tweeted.

The video has since been viewed over 9.7 million time, with people praising its powerful body-positive message.

Mayhrenate herself also responded to the video, saying "as a child I didn’t realise the full impact of the scene but it definitely hits different today".

"Glad to have played a part in such an important moment/scene."

As a child I didn’t realize the fullll impact of the scene but it definitely hits different today. Glad to have played a part in such an important moment/scene 💕✨ https://t.co/o4BpUChapj

We're glad to see such an important message is still getting shared all these years later.

4. Hilary Duff has ‘breastfeeding anxiety’. What does that mean and how does it affect her day?

Hilary Duff has opened up about the "tons of anxiety" she experiences with breastfeeding, after giving birth to her daughter Mae James Blair last month.

Speaking on the Informed Pregnancy podcast, the Younger actress explained that she sometimes has trouble with breastfeeding and producing milk.

"All of the babies latch really great; I'm just not a huge milk producer, so it's emotional for me," she said.

"Right now, I don't know that I'm not producing as much as I need, but I think, since I haven't in the past, I have tons of anxiety that I'm not, and that she's not getting enough. And then I'm in my head, and then I don't feel like enough, and then the spiral continues from there."

But despite her worries, she said she's trying "to just sit back and chill and trust that my body is doing the right thing. And [Mae is] gaining weight."

Duff also shared that her other two children, Luca and Banks, were around when she gave birth to Mae.

"It was kind of important for me [for Luca to be there] because I’m really big on being open and honest with him about how strong women are and what childbirth looks like," she said, before adding that Banks came into the room "right after the fact".

As the daughter of Lenny Kravitz and Lisa Bonet, she's always been in the spotlight, but she rarely comments on her relationships or most recently, her divorce.

According to court records obtained by People, the 32-year-old actress filed for divorce from her husband Karl Glusman on December 23, 2020. They had been together for four years and married for one-and-a-half of them.

Kravitz met fellow actor Glusman in 2016 when she was at a bar with their mutual friends. Shortly after, the couple moved in together.

In October 2018, Glusman planned on proposing to Kravitz in Paris, but because of work obligations, he ended up proposing at home. She announced the news very candidly in an interview with Rolling Stone.

The couple tied the knot where they planned on getting engaged: in Paris, in June 2019.