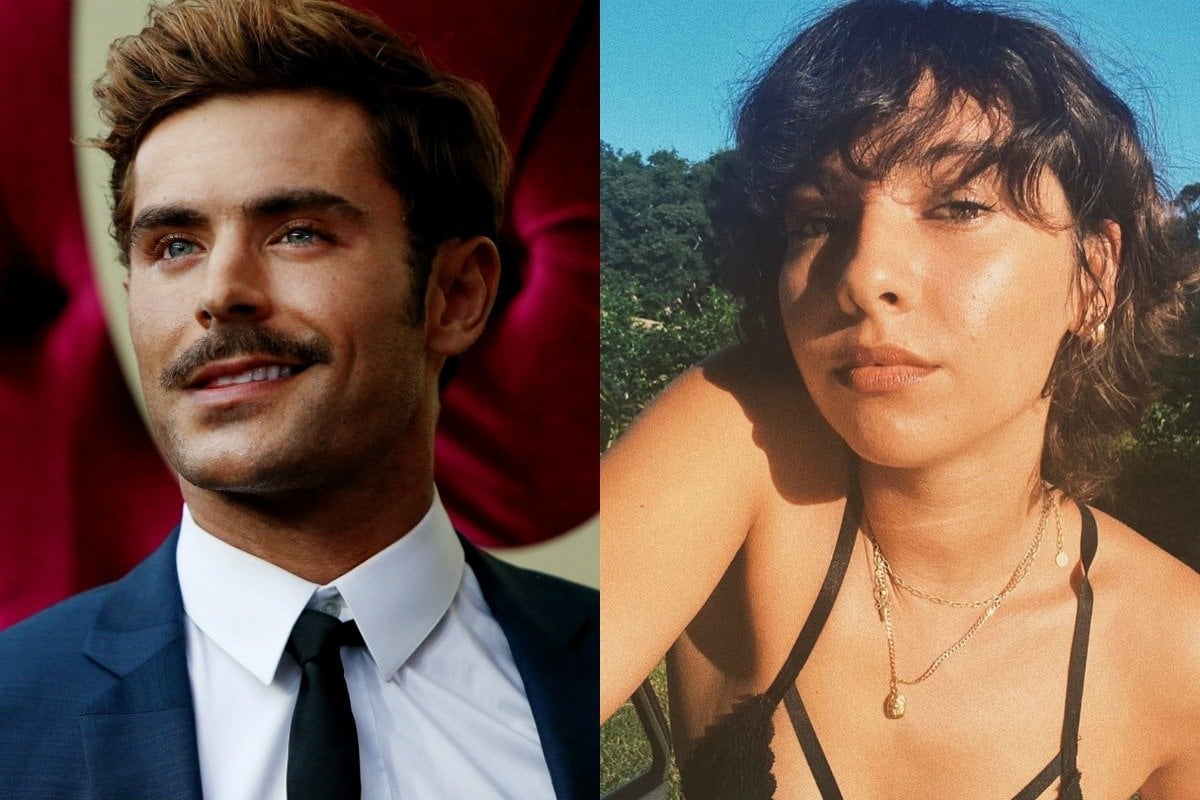 1. Hold up, did Zac Efron just propose to his Byron Bay girlfriend?

We're sorry to tell our teenage selves this, but it seems the title of Mrs Zac Efron could soon be taken.

According to Woman's Day, the American actor reportedly popped the question to his Byron Bay girlfriend, Vanessa Valladares, at the birthday party she threw for him earlier this month.

"He gave it to her after the party – it was incredibly romantic," the source supposedly told the publication.

"Neither of them are saying much about it, but there’s no doubt it was some kind of unofficial engagement."

But before we get too upset, neither Efron nor Valladares have confirmed the news. So at this stage, it's still very much a rumour.

According to The Daily Telegraph, a bunch of celebs were invited to the party including Chris and Liam Hemsworth and Kyle Sandilands and his girlfriend Tegan Kynaston.

"He absolutely loves Australia, he's in love with this girl – Vanessa," Kyle later explained on The Kyle & Jackie O Show.

"They're lovely, beautiful couple, they do everything together, just very sweet and lovely."

2. Candice Warner says Roxy Jacenko “couldn’t land a punch” on SAS Australia, and the gloves are well and truly off.

SAS Australia's Candice Warner has shared what really happened between her and Roxy Jacenko during their boxing match on the show.

Appearing on Nova's Fitzy & Wippa on Tuesday, the 35-year-old explained that Roxy "couldn't land a punch" during their fight.

"Let's just say we know what we were getting ourselves into and there was an opportunity before the fight to pull out," she said.

"At that moment if we wanted to we could say, 'No, we don't want to do this,' but we both chose to glove up, put the helmet on."

Radio host Ryan 'Fitzy' Fitzgerald then pointed out that Roxy said she walked way from the show after the boxing match because she didn't want to punch her friend in the face "for other people’s entertainment".

"She tried to but she couldn't land a punch. That's the honest truth," Candice replied.

She also explained that she apologised to Roxy at the time but it was shown on TV.

"I did apologise but it didn't go to air. I was shocked by her comments and I'm really sorry that she feels that way."

When asked if her and Roxy are still speaking, Candice responded, "Apparently not".

3. Irena confirms that she is not in fact engaged after she moved her Bachie finale ring to ~that~ finger.

Irena Srbinovska and Locky Gilbert may not have had the smoothest fairytale romance on The Bachelor, but fans got rather excited when they spotted a ring...

Keen-eyed fans noticed that The Bachelor winner Irena moved the promise ring Locky presented to her from her right hand to her left hand this week, which led to the absolute and definitive assumption that they must be engaged. 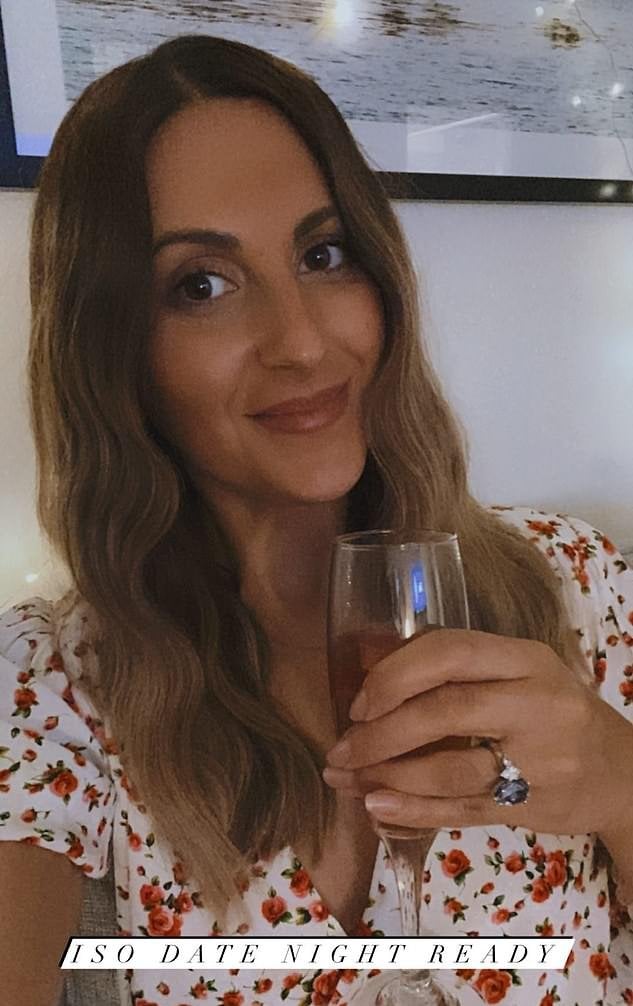 But, in a statement to the Daily Mail today, Irena confirmed that the Locky hasn't popped the question just yet.

"We are not engaged," she laughed.

And it seems a little sneaky that you would change hands like that, but I suppose we'll take your word for it.

My love for you keeps growing...even being stuck in a hotel isn’t so bad as long as I have you next to me #isodatenight ❤️

4. People are GRILLING Drake for ordering Mac & Cheese with RAISINS in it, and fair, that’s pretty gross.

So, apparently Drake's birthday party menu consisted of a serve of Mac & Cheese that was loaded with sundried tomatoes, capers and RAISINS, and fans are not happy. 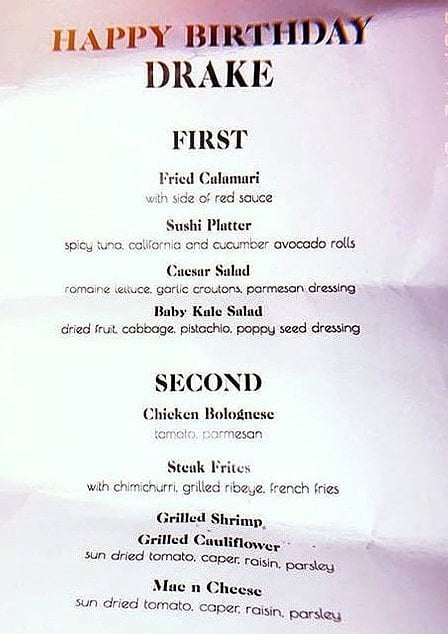 It began normal enough - calamari, sushi and salads available as the first course.

But sitting at the bottom was his very unconventional recipe for Mac n Cheese.

Drake could have any meal in the world, but raisins IN mac & cheese lands on the birthday menu. 😭 pic.twitter.com/7QNK1FpzTu

While it is highly possible that the dish was simply a typo (the ingredients are exactly the same as the grilled cauliflower above), we like to think not all celebrities have great taste and it is kind of comforting.

You do you Drake.

5. Emily Ratajkowski is pregnant. But she will never tell you the gender of her child.

Model and actress Emily Ratajkowski has announced she is pregnant with her first child.

In an exclusive Vogue article, written by herself, alongside a 'pregnancy reveal video' directed by her good friend Lena Dunham, the 29-year-old isn't going to let the media tell this story their way.

In her opening line of her article, Ratajkowski makes a definitive statement: she will not be telling any of us the gender of her child. 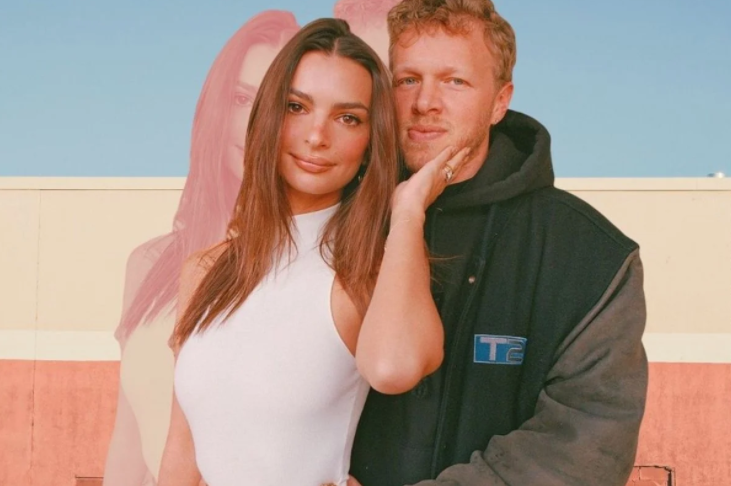 In fact, she and husband, actor and producer Sebastian Bear-McClard, won't be commenting on their child's gender at all. Even after the baby is born.

"When my husband and I tell friends that I’m pregnant, their first question... is almost always 'Do you know what you want?' We like to respond that we won’t know the gender until our child is 18 and that they’ll let us know then. Everyone laughs at this," she writes.

In a 2000 word essay, which you can read in full here, Ratajkowski grapples with the idea and fear of raising both genders, pondering that she likes the "idea of forcing as few gender stereotypes on my child as possible".

Ratajkowski has been vocal about her feminism ever since she was thrust into the spotlight in Robin Thicke's film clip for 'Blurred Lines' in 2013.