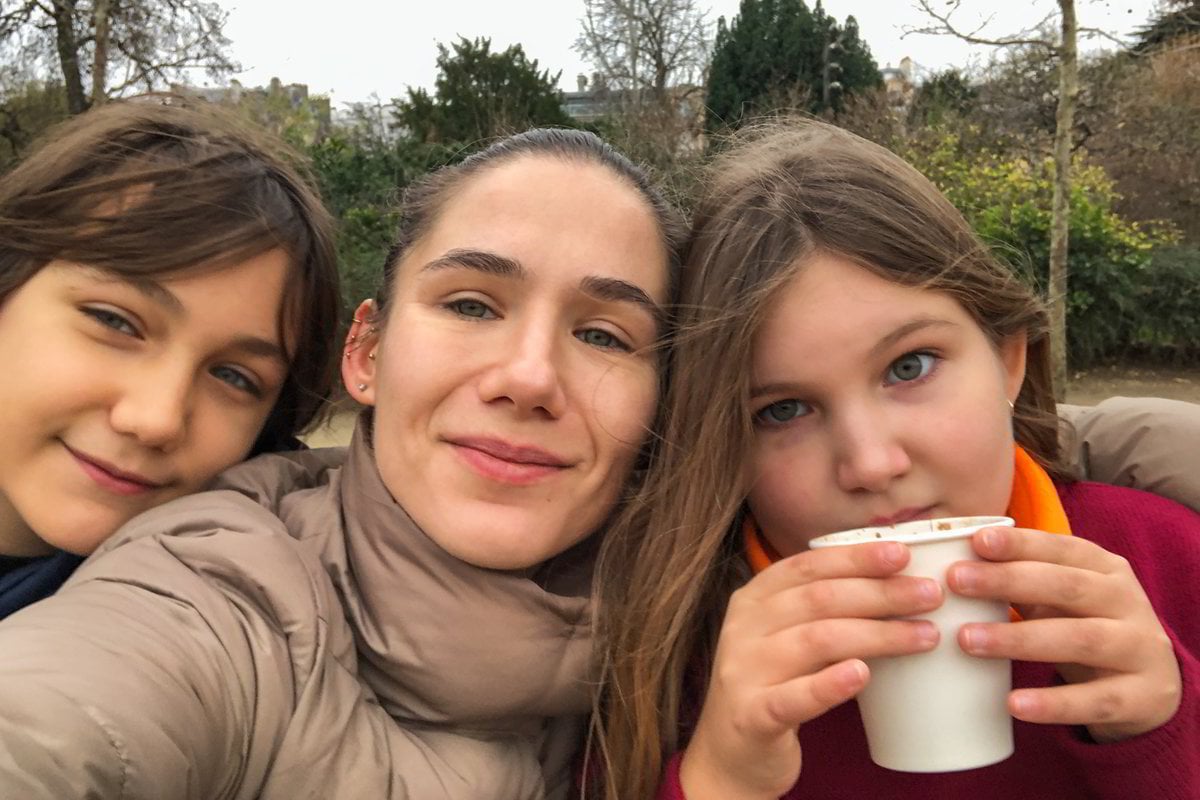 My parenting journey has been filled with mistakes. I might as well say it. I didn’t have any healthy role models growing up, and it’s led me to the awkward realisation that I am not a "normal" person, and I am certainly not a normal mother either.

There are some unconventional traits that I simply don’t mind. It doesn’t bother me that I’m no good with schedules or that I let my six-year-old stay up late when there’s no school. I don’t even mind that I often have to remind myself that, "I’m the parent and I really do have the authority here."

I really do forget sometimes that I’m in charge, particularly when I’m feeling bad about telling my daughter no.

And I suspect there are a whole lot of other things that I do that many mums would never consider, and that’s okay. I don’t mind being an unconventional mum and I still treasure my bond with my daughter. I do have plenty of flaws though, and it seems impossible that none of them would impact my parenting.

Depression, fatigue, disorganisation — these are all things I try to manage for my kid but some days are better than others. Some days are much worse.

At any rate, I am far from a perfect parent and I’m under no illusions about that. My main priority is to raise a daughter who can hold her own healthily in a difficult world. I believe that’s happening.

Like many single mums, however, I’ve found myself relying upon screen time in ways I wish I didn’t need to do.

With that bucket of mum guilt, there’s been a whole lot of YouTube. For a while, I didn’t mind the YouTube videos too much. She watched a lot of folk tales and fairytales, plus grownups who unboxed various toys and made cute little stories about Calico Critters or LOL Surprise Dolls.

Her interest in such videos, however, has been waning. Over the past several months, she’s developed a clear preference for the videos that feature kids and families who have essentially become little influencers. Channels like A for Adley, Toytastic Sisters, and Fun & Crazy Kids.

If I’m honest, they drive me crazy just for being so loud and annoying.

It started out with videos about "Elf on the Shelf" dolls. My daughter began asking me if I knew about all of these random rules and quirks about the elves.

I had to sit down and chat with her about the fact that the videos people put together on YouTube typically aren’t "real." That they’re telling a story to entertain, and often, to make money.

That seemed to work for a while. We continued to have a lot of conversations about real-life versus pretend. How most things she watches on YouTube are just for fun and pretend.

Lately, though, my kid’s interest in these YouTube videos has taken a serious turn and I’m not okay with it.

See, now she wants to be the star of her own YouTube show.

I find this problematic for a lot of reasons.

For one thing, it seems like she would rather watch obnoxious videos and make her own copycat videos than actually play with her toys. And she needs her playtime like every other kid in the world.

It’s through playtime that kids really develop their problem-solving skills and also learn how to keep themselves busy without expecting to be entertained constantly by outside forces.

Another thing that’s been bugging me with her whole YouTuber fascination is the way it gives her such false expectations about the way the world should work.

She sees these videos that other kids or families put together and thinks we should be able to do the same thing.

For weeks now, we’ve been having the same conversations over and over again. Not just that YouTube isn’t real life, but that we’re not going to drop whatever we’re doing to suddenly make a video ourselves.

Sometimes, it’s a matter of resources. She might have been watching a video that’s three years old and nobody even makes the toys she’s watching.

But there’s also the issue of teaching your child to have more reasonable expectations.

I explain that most of the families she’s watching are so invested in the videos because that’s how they make money. But her mummy already has work to do (that I love) while her only job is to be a kid.

I’ve explained to my daughter that I don’t mind making occasional videos for us to have something more vivid to remember, but I’m not too keen on the idea of making actual YouTube videos.

"I want you to be a kid," I say. "When you get older, if you still want to make videos, you can take classes and learn that way. But for now, I’m not letting you trade in childhood for YouTube."

She’s only six, so it’s not like she truly understands.

But yesterday, we struck a deal.

No more YouTube, unless it’s on the Kids app, so I can control the channels.

And then instead of making YouTube videos with her toys and expecting us to recreate every damn "Lily and Mummy Show," she gets to take pictures of her creations.

So, when she uses clothespins to convert one of her dresses into an outfit for her baby doll, she can capture the memory with a photograph. Or, if she’s particularly proud of the way she set up a certain toy scene, she can snap a picture of that too.

It’s been reasonably smooth sailing so far, but it’s also only been one weekend. We’ll see what things are like a month or even a year from now.

I hope I’m helping my kid understand that her childhood is best spent learning and playing instead of seeking online fame.

After all, I’ve seen my share of absurdity just in working online as a writer over these past few years. I know for a fact that she’s got time before she starts trying to make her mark as an influencer.

She doesn’t need to worry about performances or algorithms. We don’t need her to grow up too fast.

If I had the chance to do things over again, I wouldn’t have even introduced my kid to YouTube. It’s too much like social media and I swear it’s giving kindergarteners a serious sense of FOMO.

On the bright side, though, she did catch an ad on YouTube for ABC Mouse, and asked if we could get a membership for that.

Reply
Upvote
My little niece watches a fair bit of YouTube. The biggest issue I have with it is I can see how materialistic it's making her. Some of these shows are basically just ads, and now every time she sees something she likes, she wants it immediately. None of this 'wait for your birthday', or 'maybe we can ask Santa for it', she wants it now.
News
General
Opinion
True Crime
Politics
Sport
Explainer
Entertainment
Celebrity
Reality TV
Movies
TV
Books
Rogue
Royal
Lifestyle
Beauty
Fashion
Weddings
Home
Wellness
Health
Fitness
Travel
Food
Parents
Before The Bump
Pregnancy
Baby
Kids
Teens
School
Parent Opinion
Work & Money
Money
Finance
Career
Lady Startup
Relationships
Sex
Dating
Separation
Friendship
Family
Real Life
Couples