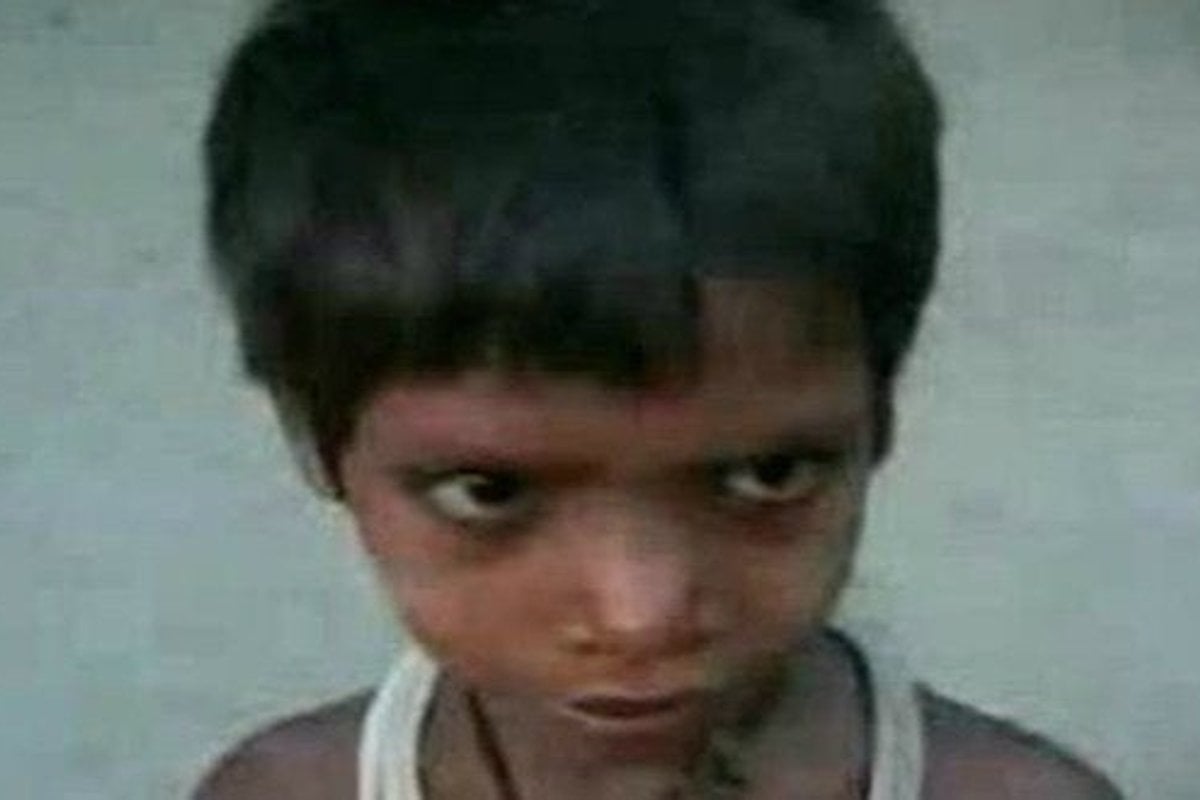 As far as serial killers go, Amarjeet Sada is the world’s youngest, and probably one of the most efficient — and heinous — killing three children between 2006 and 2007.

By the time he was 10, Sada had murdered three children in the span of twelve months; and one of them was his baby sister.

Little is publicly known about the young boy born in 1998, from the relatively small farming town of Begusarai in the state of Bihar, India. Much about him was suppressed in court because of his age.

We do know that Sada’s father was a labourer, the family were regarded as impoverished and none had consistently attended school.

And that, for some reason, the boy was motivated to beat his six-year-old cousin and eight-month-old sister to death in 2006, and in 2007, Kushboo, a six-month-old baby.

According to The Sun, Sada’s uncle revealed the family were aware of the first two crimes but kept them private as "family matters" to protect Sada.

But they could no longer hide his heinous actions and protect him from the consequences after he murdered the infant Kushboo.

The baby’s mother, Chunchun Devi, told police she left her baby in care, sleeping, at a local primary school in 2007. When she returned, Kushboo was missing.

Not long after that, Sada — a neighbour of the Devi family — faced allegations by those in his community. They knew he had a ‘dark streak’ and had previously suspected him in the deaths of the other children in his family. The villagers were responsible for calling the police to speak to Sada, but authorities initially didn’t believe that such a young child could know anything about a missing baby.

Under pressure to tell the truth, Sada’s parents eventually allowed their son to admit that he strangled Kushboo, hit her with bricks and buried her in a shallow grave.

As he was able to lead authorities to the recently buried baby, they believed him when he also revealed he’d previously murdered his little sister and cousin. Investigations eventually revealed all children had been murdered by beating.

At his first interrogation with police, it was reported that Sada asked for a biscuit and that he didn’t seem nervous or remorseful. He was also unemotional when telling them about Kushboo’s murder.

“She was sleeping in the school. I took her a little away, and killed her with a stone and buried her,” he told them.

The Times of India reported that a psychologist who assessed Sada and diagnosed him with a general psychiatric disorder called him a “sadist who derives pleasure from inflicting injuries.”

Sada posed a judicial and custodial problem because of his age.

According to The Guardian, Sada was placed in a remand home because, under Indian law, a child cannot be sentenced to death or sent to prison, but can be detained at a children's home until they turn 18.

This was the case for Sada, where he apparently had access to the medication and treatment he needed. He was also apparently held in solitary confinement for much of this time.

Sada was released in 2016 upon his eighteenth birthday, but according to reports, his whereabouts are unknown. He would now be 22 years old.

While there have been numerous other cases of very young children committing murder, such as the 10-year-old killers of toddler James Bulger, none have done so multiple times – or had the chance to do so… or been caught.

The mothers who poisoned their children for attention

The nurse who murdered 17 babies

There’s a real life reason we have Amber Alerts