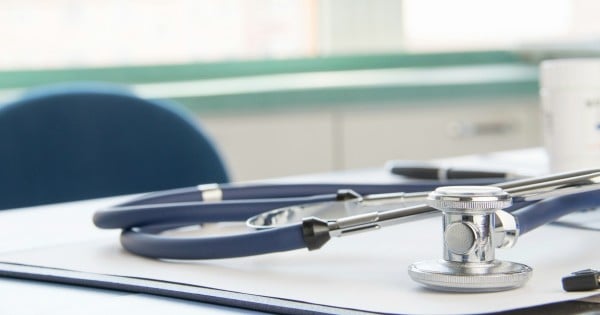 This week, it was heartbreaking to hear that 12-year-old girls in Queensland are struggling to get abortions. A fact that saw independent MP Rob Pyne introduce a bill in Queensland State Parliament to legalise abortion.

The news is heartbreaking on two fronts.

Firstly, the fact 12-year-old girls are sexually active, and falling pregnant, is alarming in itself. Experts are putting this down to a women going through puberty at a younger age, as well as the increased sexualisation of young children.

These two factors, alongside the fact abortion is contained in the Queensland criminal code – and that a 12-year-old Rockhampton girl had to face the Supreme Court last month to prove continuing her unplanned pregnancy would put her mental health at serious risk – is downright traumatising.

Experts are saying pre-teen girls seeking abortion are becoming more and more common. A Queensland counselling service has reported at least two girls under 14 are seeking advice on abortions every month. The service, Children by Choice have received 75 calls from 16 girls in the past months.

“When we’ve got 12 and 13 year olds using our service that is alarming, yes,” manager of Children by Choice Amanda Bradley told the ABC. “The type of situation that these women are facing is often complex.”

It’s complex for a number of reasons. The current laws in Queensland make it difficult for women to terminate a pregnancy in the public sector, unless the pregnancy poses a significant risk to the woman’s physical or mental health.

"There are only two abortion clinics in Queensland that can provide abortions to girls under 14." Image via iStock.

For this reason, QLD Health estimates 99 per cent of pregnancies are terminated in private clinics. But for women under 14, it's not that simple. There are only two abortion clinics in Queensland that can provide abortions to girls under 14, and these clinics are located at opposite ends of the state.

"In the last 2,500 patients I've seen two 12 year olds, six 13 year olds, nine 14 year olds, and 35 15 year olds, so that's quite a few," gynaecologist, Mike Carrette, who has a pediactric license and works at one of these clinics told the ABC. "Girls are becoming sexually mature earlier and unfortunately their sense of responsibility and social awareness is yet to catch up."

Similarly, counsellor at Children by Choice, Liz Price, says the sexualisation of young people is behind the spike in pre-teen pregnancies.

"There are a larger number of young people experimenting in sex earlier than they were," she said. "I often find myself apologising to young women for the state of things in Queensland and I think as a way of validating their experience and normalising what's going on for them."

The falling age of puberty is happening. A study in the U.S looked to more than 1,200 girls ages six to eight and found the average age for entering puberty - which was defined as the age a girl's breasts started to develop - was 9.7 years old. This was three to four months younger than the average age reported in 1997. As well as this, women in the 1960s were getting their first period at an age of 13 and 6 months; today it's more like 12 and 11 months.

As for the sexualisation of younger children? It's coming from all angles.

A paper by the APA task force found everything from the internet to toys to movies to animations are contributing to the over sexualisation of young girls.

Toy manufacturers produce dolls wearing black leather miniskirts, feather boas, and thigh-high boots and market them to 8- to 12- year-old girls. Clothing stores sell thongs sized for 7– to 10-year-old girls, some printed with slogans such as “eye candy” or “wink wink”; other thongs sized for women and late adolescent girls are imprinted with characters from Dr. Seuss and the Muppets.

Is this sexualisation of girls' toys partly to blame? Image via iStock.

On prime-time television, girls can watch fashion shows in which models made to resemble little girls wear sexy lingerie," the report states. "The sexualisation of girls may not only reflect sexist attitudes, a societal tolerance of sexual violence, and the exploitation of girls and women but may also contribute to these phenomena."

We cannot control what children are exposed to, or the school yard conversation that's inevitable. Children are inquisitive, they are curious and they ask more questions than any teenager or adult. In a world where they're exposed to countless sexual messages every day - in any medium from billboards to YouTube - there is hardly a way to shut this down.

What we can control is the way we talk about sex with children, and answer those questions that will certainly arise after seeing, hearing or talking about the act of sex, or sexualisation in the media. This is a conversation we must have with our children when they are younger than we were when we were given "the talk" - the age of puberty is falling, and we need to match this.

The way to help protect young girls from unplanned pregnancies, and filter at least some of the thousands of messages they receive everyday, is to encourage open, honest, candid discussion with boys and girls before they reach puberty.

This conversation is, of course, every parent's prerogative to handle as they wish. But what's non-negotiable is the way we treat pre-teens when they are facing the emotion, confusion or trauma that comes with deciding to terminate a pregnancy.

Queensland is letting these young women down. There is no world - no matter how overly sexualised or saturated with information  - where a 12-year-old facing court to fight to terminate an unplanned pregnancy is acceptable. That's harrowing, heart wrenching and very potentially a pre-cursor to an attitude to sex, pregnancies and families that is far more dangerous than receiving an abortion.

Watch next: The things our mums have taught us.

Are parents dropping the ball on this One?

a 12 year old girl is still in primary school. I find this heartbreaking.

12 is legal marriage age in Iran for instance, it's your cultural bias.