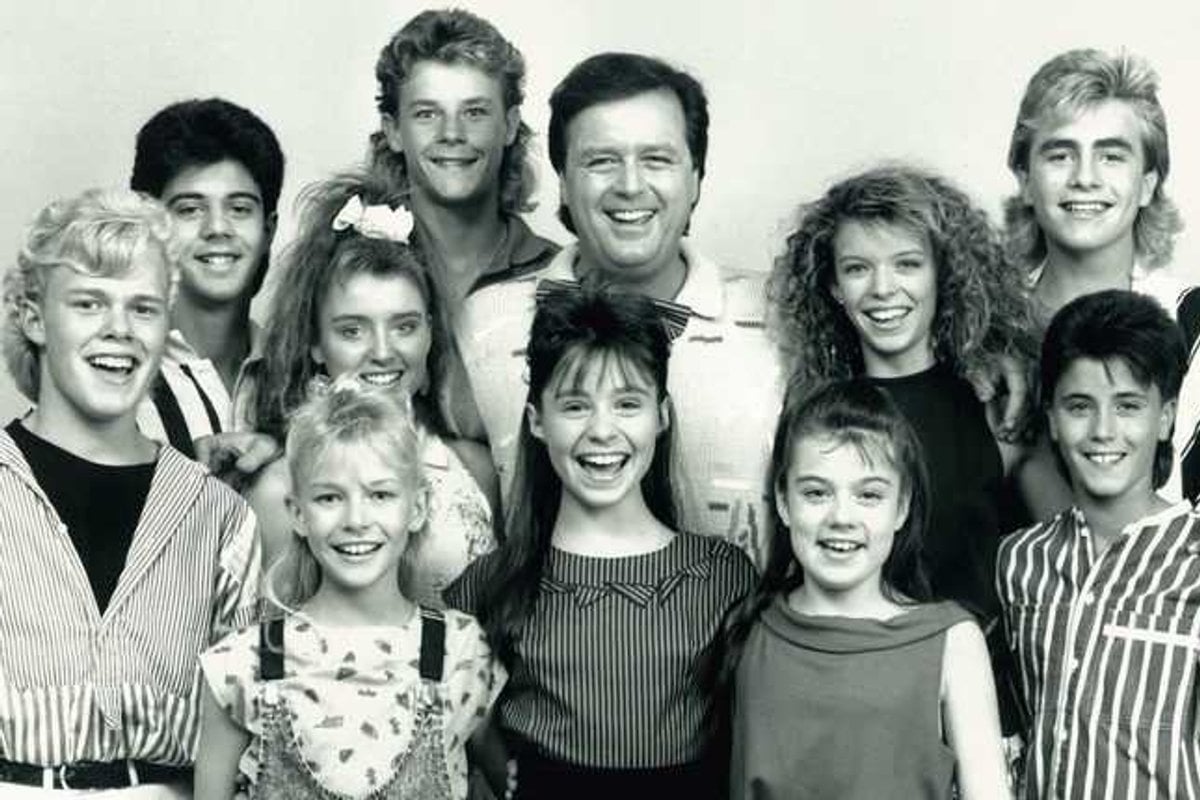 Within just weeks, the show was such a success that host Johnny Young and the cast were signed to a four-year contract.

At first, the variety program was seen as something to run against the football on a Saturday night. But before long, it became a staple in households across the country. It was a TV juggernaut.

Watch the trailer for MPlus, where you can get extra, closer content from Mamamia. Post continues after video.

Young Talent Time was the launching pad for dozens of careers in the entertainment industry, with some cast members going on to become some of Australia’s most famous entertainers and a few even having international success.

On the latest season of Mamamia's Extraordinary Stories, we delved into the story behind Australia's child star factory, interviewing host Johnny Young and the cast to find out everything there is to know about Young Talent Time.

As a researcher on the series, here are five things we learned when we made a podcast about Young Talent Time:

1. There were only three ways to become a cast member.

Young Talent Time was a show by kids for kids. This meant that when cast members turned 16 and had to leave the show or left to pursue other opportunities, there was a spot to fill.

Here's how the show was cast:

Some of the cast were spotted through the weekly competition segment on the show.

Speaking to the host of Extraordinary Stories, Emma Gillespie, YTT cast member Nicole Cooper shared that was how she got her start on the show.

"When I was a contestant and won my heat, Sally Boyden announced she was leaving, and ABBA was the big thing. I had long blonde hair and I think I was fresh in their mind," she said.

"It was literally two weeks, and they said, 'Do you want to join the young talent team?' I [said yes] straightaway."

Some cast members were scouted through Johnny Young's Talent Schools, which were singing and dancing academies that were dotted across Australia.

"I was asked to do the auditions. They were very specific about what type of team member they wanted... so I remember turning up and everyone looking the same," he said.

"It was very intimidating, but that’s where it started with me basically getting the opportunity from the talent school saying, hey, they want you to audition." 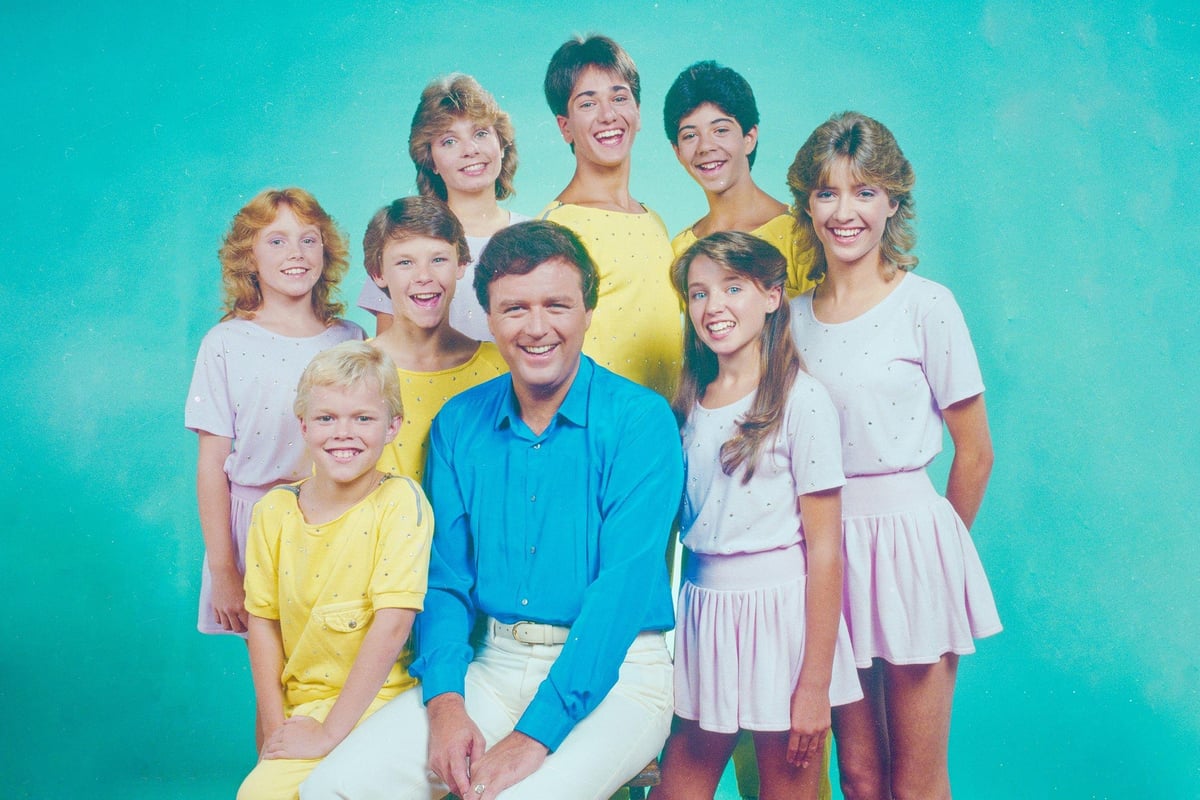 Vicki Thirlwell, who was a production manager on the show from 1986, recalled that the casting for Young Talent Time was no small feat.

This is how Beven Addinsall got his big break on the show.

Beven and his family were on their way back to Dimboola (halfway between Melbourne and Adelaide) after staying with friends in Melbourne when Beven's father pulled over at a phone box to call the studio asking if Beven could get an audition. When the studio said yes, they turned the car around and went back to their friend’s house.

"I did an audition, they asked me back the next day, and they called us a week later in Dimboola and said he’s got the gig," Beven shared.

"So mum and dad sold the house, and we moved to Melbourne to start what was essentially my career."

Dannii Minogue got her start on Young Talent Time in 1982, four years before her sister Kylie would appear on our screens as Charlene in Neighbours.

In fact, when Kylie joined Dannii on the show for a duet of 'Sisters Are Doing It For Themselves' in 1986, Dannii was already a household name.

Listen to episode one of the latest season of Extraordinary Stories below. Post continues after podcast.

Speaking on Extraordinary Stories, Dannii Minogue, Tina Arena, Beven Addinsall, and Vince Deltito all reflected on the amount of work that went into each episode, and how that impacted their "normal" life outside of YTT.

"I was in the team for three months before I got my first day off. We would do vocals on Monday to Wednesday nights after school," Beven shared.

"Thursday and Friday would be learning the dance routines," Dannii added. "So from after school until 7pm, we were dancing non-stop. Saturday was live show day."

There was no union and no tutors or teachers on set, so all the cast members had to fit YTT around school... or fit school around YTT.

"There wasn’t really a union back then that set guidelines down for kids who were all underage. I think the union Actors' Equity was formed in the 80s because of shows like YTT to put certain things in place," Vince said.

"I actually don’t think that a better platform for an apprenticeship in entertainment has ever existed since YTT," Tina added. "It was an extraordinary education and insight into how a career works."

4. It wasn’t all sunshine and rainbows.

There was a dark side to being a child star.

Many of the former cast members recalled facing bullying at school, typically over the costumes they wore on the previous Saturday night’s show.

"There was bullying. It just happens. It comes with the job, and children aren’t necessarily always aware of the weight of what comes out of their mouths or their actions," Tina shared.

Beven agreed, adding: "You’d have a really cool costume one week and be thinking, 'This is fantastic.' And then the next week you’re in a leotard doing 'Rocket Man' and you know when you go to school, you're going to get absolute crap for it all day for about a month."

Debra Byrne also told Extraordinary Stories about how as a 14-year-old, she fell victim to a man 10 years her senior who worked in the studio where Young Talent Time was filmed.

"It was a very emotionally horrific time for me as a young girl," Debra shared.

"I had to go to court, I had to be a witness... that was so hard to live through and just talking about it now my chest starts to get heavy. It never fully leaves you.

"All that time I was still Debbie Byrne, you know, succeeding and smiling and reliable - all the things I had been prior to that - but I was doing it under great duress." 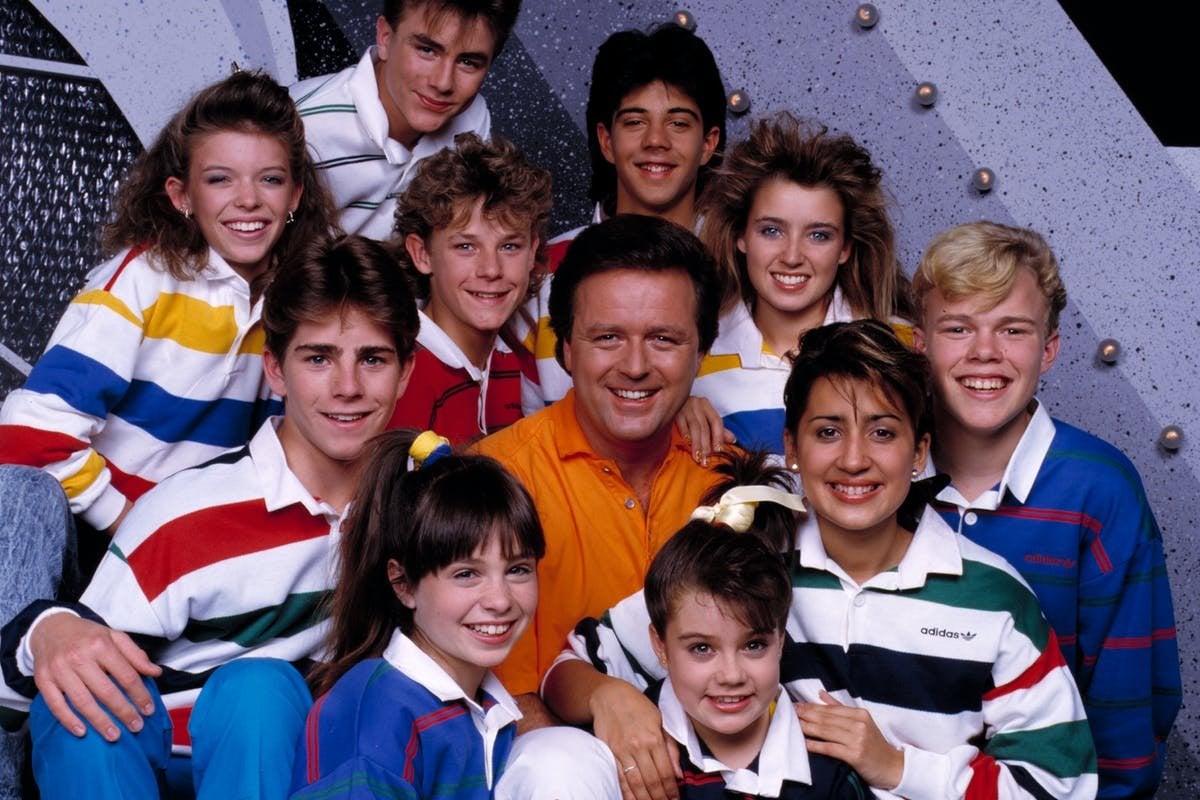 Former cast members John Bowles and Nicole Cooper recalled being flown from Adelaide to Melbourne in a learjet.

Similarly, Joey Dee, another popular cast member from the show recalled the amazing travel opportunities involved with the show.

"As an experience you know... I would never catch a plane for a day to Sydney for an interview. It was unheard of spending $600 on a flight for a day," he said.

"There was that element of it... staying in hotels and everything paid for. It was an amazing experience."

The team didn’t just fly to Sydney for interviews. They also flew all across Australia for concerts. They were put on the world stage at Expo '88 in Brisbane where they joined industry heavyweights including John Farnham, The Seekers, Icehouse, and even Cher.

The cast was even flown to Disneyland for two weeks to record a two-hour special, and another special at Universal Studios. In the 80s, these were experiences that other kids could only dream of.

"It was full on. It was absolutely full on," Beven said, "but we all loved it."