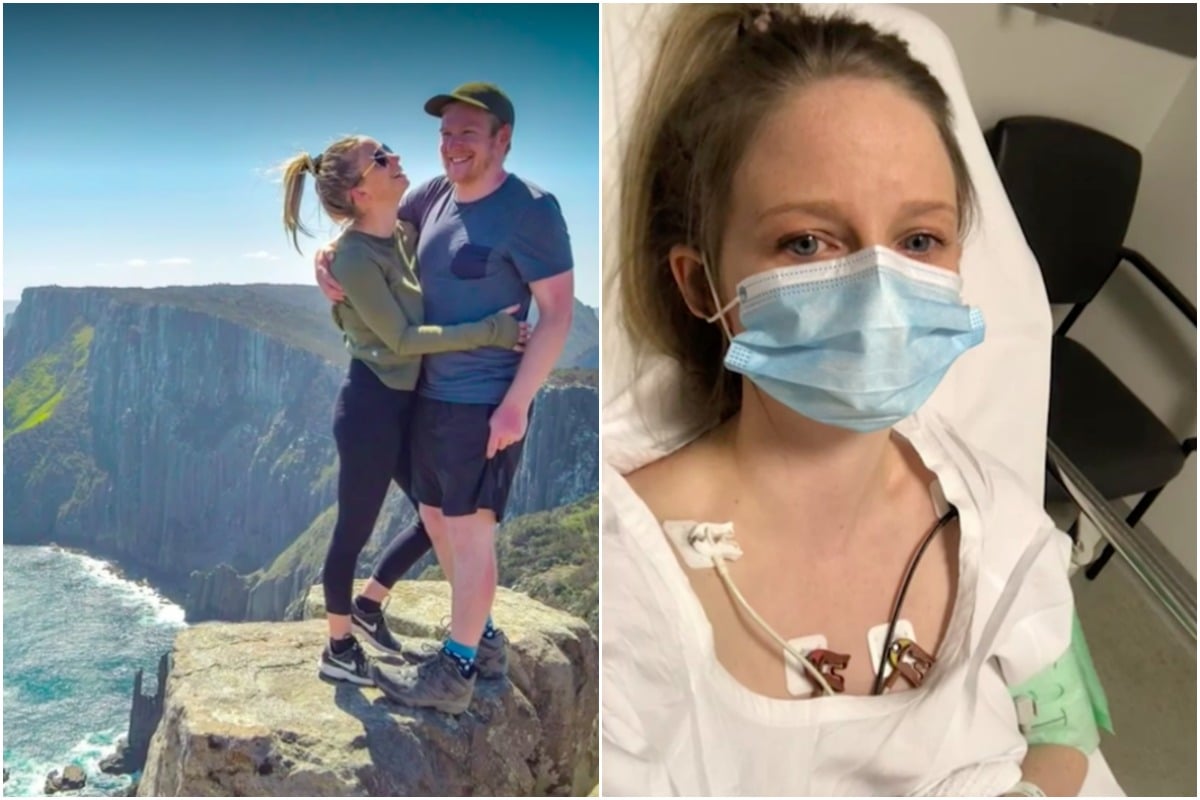 It has been five weeks since Sarah Robson caught COVID-19, and she can barely get through a shower without passing out.

Her boyfriend Sam Martin, 26, is back at work after battling the virus as well, but even he "can't walk 10 metres without feeling out of breath."

The couple, both midwives and nurses at the Royal Women’s Hospital in Melbourne, are fit, active and young. But they've both been in and out of hospital struggling with the effects of coronavirus.

"I was almost debilitated with chest pains. The lining of my lungs became inflamed to the point where I wasn't able to fully inflate my lungs or exhale without excruciating pain," said Sarah in a new awareness video that has been released by the Victorian government.

"For the people who aren't doing the right thing, who are commenting 'this isn't real' or 'you guys are paid actors.' This is very real. The reason Sarah and I were so keen to share our stories is because hopefully at some point, we will reach someone who knows we are the real deal and they will start to take this seriously," Sam told A Current Affair last night.

Six months into the pandemic, it seems many young Australians still believe if they catch the virus they'll be okay. But two Victorians in their 30s have now died from COVID-19 and there are dozens of young people fighting for their lives in hospital.

On Monday Victoria recorded its deadliest day yet with 19 fatalities, which means Australia has now surpassed 300 deaths from this insidious virus.

"I myself had no risk factors at all for this. We were both quite fit before this, we'd do 50km hikes in a day. That was our baseline," Sam told A Current Affair.

"My first symptom was a runny nose on a cold day. I don't think it can get more mild than that.

"[Within a ] 24 hour period I had started to deteriorate and get those really strong flu like symptoms. It was 4-5 days of being quite unwell before the respiratory stuff kicked in. So my lungs just weren't working the way they should be. I ended up collapsing at home and that's when I needed to be taken to hospital," he said. 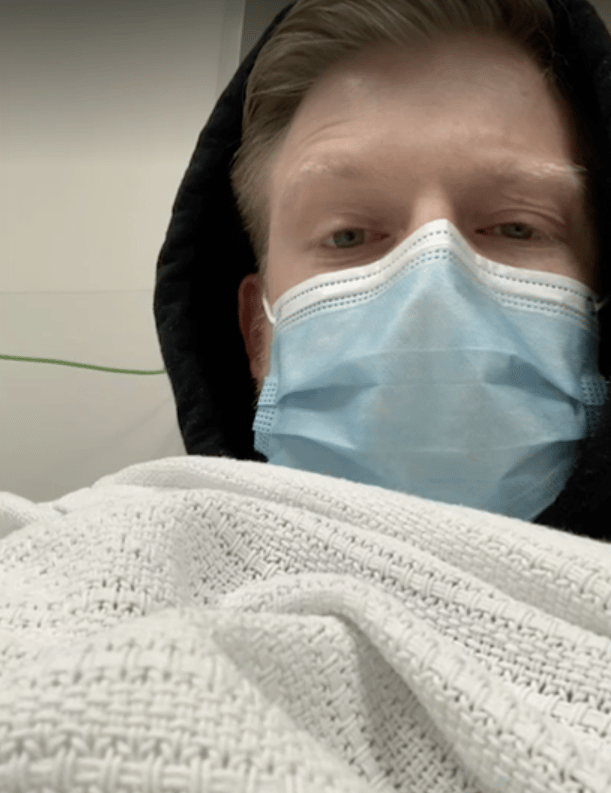 Sam collapsed at home from COVID-19 and had to be taken to hospital. Image: ACA.

Sarah and Sam reacted very differently to the virus. Sarah ended up with the more painful of the symptoms.

"She's still not terribly well at all which is a bit surprising given we're five weeks down the track. She can barely stand up. She's still very much struggling," said Sam last night.

Sarah does have some underlying cardiac issues, but as Sam explained "﻿fortunately they haven't come into play. It's just been all of the other symptoms wreaking havoc on her body."

Apart from the physical pain, Sarah is struggling with the emotional pain of the virus.

"I have two little boys and I have decided to isolate away from them. They're with their dad half the time and with my parents. Being separated from them for five or six weeks now has been incredibly hard. It's absolutely heart wrenching hearing them say 'Mummy why are people doing the wrong things? Mummy why isn't the coronavirus going away?'" she told the government ad. 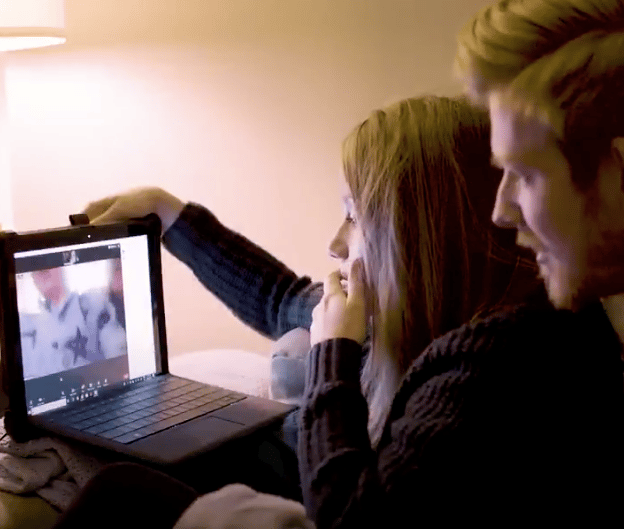 "If you're thinking about bending the rules, think about who you love most in this world and think about them in ICU," she implored.

In sharing the video to his social media pages last night, Victorian Premier Daniel Andrews wrote: "This virus is wicked. It doesn't discriminate, it does not stop, and young or old its impacts are brutal and potentially lifelong."

This virus is wicked.

It doesn't discriminate. It does not stop.

And young or old – its impacts are brutal and potentially life-long.

After filming this, Sarah's condition deteriorated again and she returned to hospital. pic.twitter.com/HYruNwA8qF

Melbourne is currently in the middle of six weeks of stage four restrictions, while the rest of the state endures a stage three lockdown.

Victoria is the only state or territory in the country recording daily triple digit increases right now, accounting for 288 of Australia's 302 fatalities.

Over the past few weeks "anti-maskers" and lockdown protesters have been making headlines for their repeated defiance of the restrictions, which Premier Andrews has described as "selfish" behaviour.

READ: How to have a conversation with someone who thinks the COVID-19 pandemic is a hoax.

Sam admits in January he was one of those people who didn't think the virus would be "that bad" for someone his age.

"But firsthand I can absolutely tell you, no this is not just the flu. It's so so much worse," he said.

"As healthcare workers, we are there for every single person every single day. If you need us we'll do whatever we need to. I think it's time, now the community are the frontline of this fight, that they return the favour and look after us just as we've looked after them," he told A Current Affair.