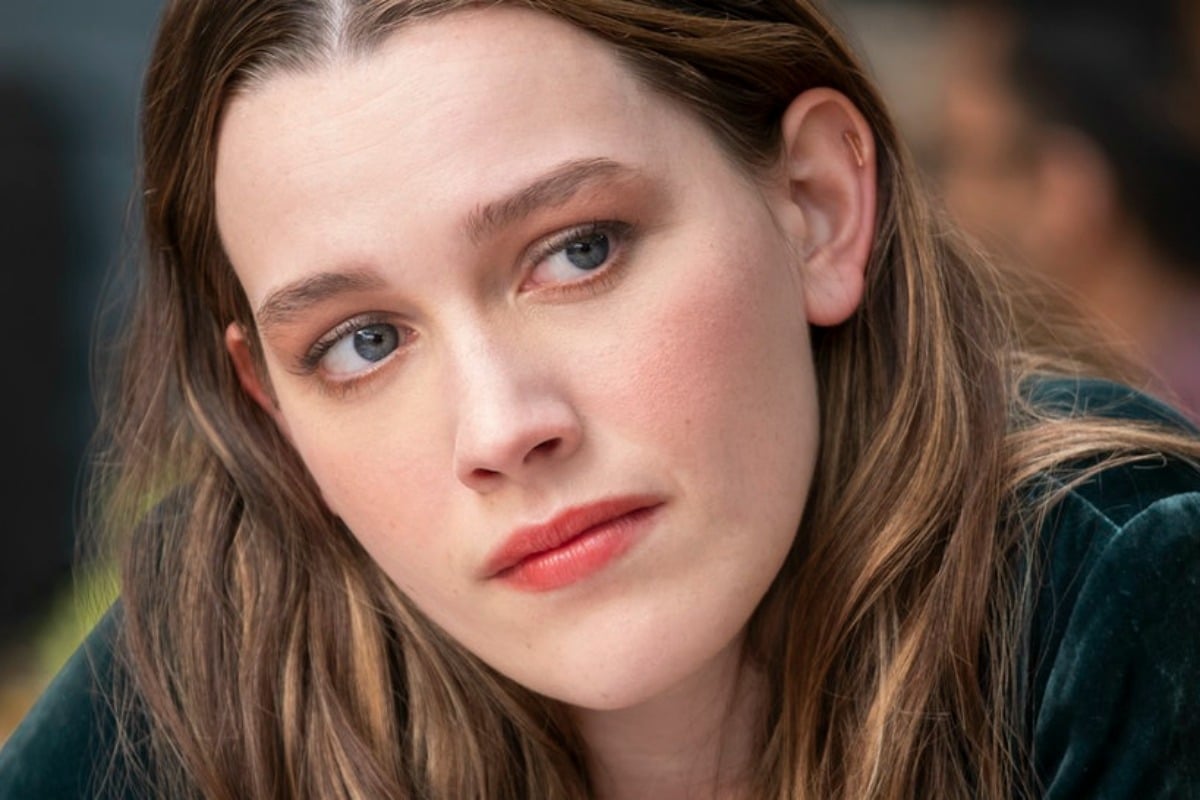 Although the second season of Netflix’s You is done and dusted, the fan theories about the series certainly haven’t stopped rolling in.

The new season, which premiered on the streaming service on Boxing Day, was absolutely devoured by fans – and ever since, viewers have been theorising about the chilling events that unfolded during the season.

Taking place across 10 new episodes, season two follows former bookstore clerk Joe Goldberg (Penn Badgley), now known as Will Bettelheim, as he moves from New York to Los Angeles in the hopes of leaving his past behind.

Upon moving to sunny Los Angeles, Joe quickly finds himself a new obsession love interest – Love Quinn (Victoria Pedretti) – and reverts back to his infamous stalking ways. (Honestly, no one was surprised).

Along the way, however, there’s a huge twist.

We also discovered that Love had a penchant for doing just about anything to protect her loved ones, including murdering Forty’s babysitter, Joe’s ex-girlfriend Candace and Joe’s neighbour Delilah.

Now, a new fan theory suggests that Love might have had even more victims.

Early on in the season, we learned that Love is a young widow as her late husband, James, recently passed away.

Throughout the show, however, it isn’t explicitly revealed how James passed away. Instead, he’s simply described as being “sick”, with Love sharing that the doctors couldn’t figure out what was wrong.

Now, viewers have questioned whether Love could have murdered her husband.

“What if Love poisoned her husband… you notice how she’s making treats daily… they couldn’t figure out why her husband died, but maybe she poisoned him over time,” one viewer wrote on Twitter.

“Love poisoned her husband, didn’t she? She said, ‘He got sick and they couldn’t figure out what was wrong.’ I’m guessing she killed him?” another wrote.

Ok, loved season 2 of YOU but I can’t be the only one who thinks Love killed her husband, right?

Started You season 2 on Netflix and I’m finishing up on episode 1… Love poisoned her husband didnt she? She said ‘he got sick and they couldnt figure out what was wrong” so I’m guessing she killed him? ???? Here start my theories! I question everything ????

What if Love poisoned her husband… you notice how she’s making treats daily…. they couldn’t figure out why her husband died, but maybe she poisoned him over time…. #YouNetflix

Another viewer even predicted that Love could have poisoned James using natural toxins from fruit seeds, which she has access to at Anavrin.

Love wild, but is Joe’s perfect match. They both will do anything for the love they want.
Love killed her husband…and you can’t convince me otherwise. She was using ricin (probably got it from Heisenberg) in her food and that’s why doctors couldn’t figure out what it was https://t.co/6e1Ya9F5dP

As for Love’s motive for killing James, some viewers have suggested that it may have been because James didn’t want kids.

During a flashback, we learned that James didn’t want children because of his illness and because he didn’t want to have to borrow money from Love’s parents.

Love, on the other hand, was desperate for children, leading fans to question whether she may have murdered James to get her wish.

In the season finale, Love confessed to Joe that she was pregnant with his child.

But in another new theory, some fans have questioned whether the baby is Joe’s after all.

As Love briefly reconnected with her old flame Milo – who happens to be James’ best friend – there’s a theory that Milo is actually the father of Love’s child.

@DeffinitionYT
I have a very strong theory for You season 3 and your thoughts on it. I believe the baby is not Joe’s its Milo’s. After Love broke up with him she had sex with Milo. Love and Joe didn’t get back together until he was getting ready to leave LA in the final episodes

I’m I the only one, that thinks Joe isn’t the father of the baby, Love is pregnant with.

Did Joe forget that Love was fucking Milo ?

Love probably told Joe, he’s the father in order to hold on to him and spare herself…

Since Love is a professional liar, what if the baby is actually Milo’s and her saying she told him to use protection is just an excuse for Joe to stay with her ???? pic.twitter.com/8F2d3RM2BX

But one thing is for sure – we already can’t wait for season three.