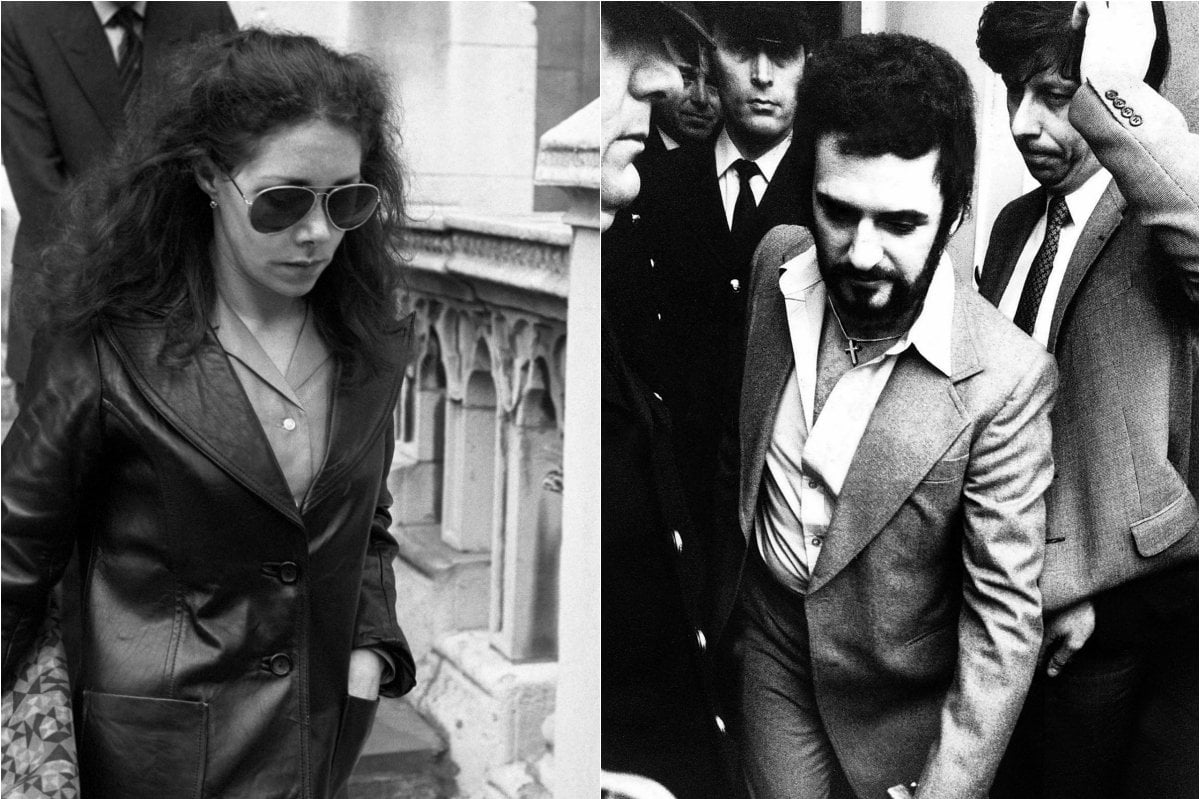 In November 2020, Peter Sutcliffe, better known as the Yorkshire Ripper, died in hospital after contracting coronavirus.

The 74-year-old was serving a lifelong sentence for murdering 13 women across Yorkshire and the North West of England between 1975 and 1980.

At the time of his death, the serial killer had tested positive for COVID-19. According to reports, he turned down medical treatment for the virus. He was also suffering from underlying health conditions including diabetes, heart trouble and obesity.

Known as Britain's most notorious killer of the 20th century, the Yorkshire Ripper attempted to kill seven other women, and used a hammer, a screwdriver and a knife to mutilate his 13 victims.

But throughout his reign of terror, there was another woman by Sutcliffe’s side – his wife, Sonia.

Watch the trailer for The Ripper below. The four-part Netflix miniseries will recount the crimes of The Yorkshire Ripper. Post continues below.

Sonia, the daughter of Czech parents, was just 16 years old when she met Sutcliffe, after defying her father’s orders and attending a disco at a local pub.

Sutcliffe was four years older. He had dropped out of school and worked in a string of menial jobs, including as a gravedigger.

The pair began dating and married in 1974, a year before his first killing. He began his killing spree in 1975 and avoided detection for years due to a series of missed opportunities by police to snare him.

His horrific crimes only came to light in 1981 after a routine traffic stop. Sutcliffe was found to have a prostitute in his car. While police investigated his fake licence plate, they found a pile of weapons he'd discarded at the scene.

He was arrested and eventually confessed to being the serial killer the press had dubbed the 'Yorkshire Ripper'.

In an exclusive audio, obtained by the Sunday Mirror, Sutcliffe revealed the moment he told Sonia about his crimes.

He begged police not to tell her, so he could reveal the truth himself.

When she arrived at the police station, Sutcliffe said: "It's me, love. I'm the Yorkshire Ripper."

In the audio, he says: "I personally told Sonia what had happened after my ­arrest. I asked the police not to tell her, just to ring her and let me explain.

"I was working all day long, and she was working as a teacher so I could only do it at night. She was deeply shocked when I told her. She couldn’t believe it. She was absolutely gobsmacked. It was hard to tell her, but I'd rather it come from me than a total stranger."

Despite the confession, Sonia stood by her husband and continued to visit him after he received 20 life sentences.

She did not divorce Sutcliffe until 1994, and even then she continued her visits to Broadmoor Hospital in Berkshire, where he was admitted after being diagnosed with schizophrenia.

She met her second husband, Michael Woodward, a hairdresser, a year later in the salon where he worked.

The couple married in 1997 but live separately, with Sonia choosing to remain in the home she shared with Sutcliffe.

More than two decades after Sutcliffe was put in jail, a secret report disclosed that he probably committed more crimes than the 13 murders and seven attempted murders for which he was convicted.

The Ripper, a new Netflix true crime docuseries, will recount the crimes of The Yorkshire Ripper. The four-part series premieres on Netflix on December 16, 2020.