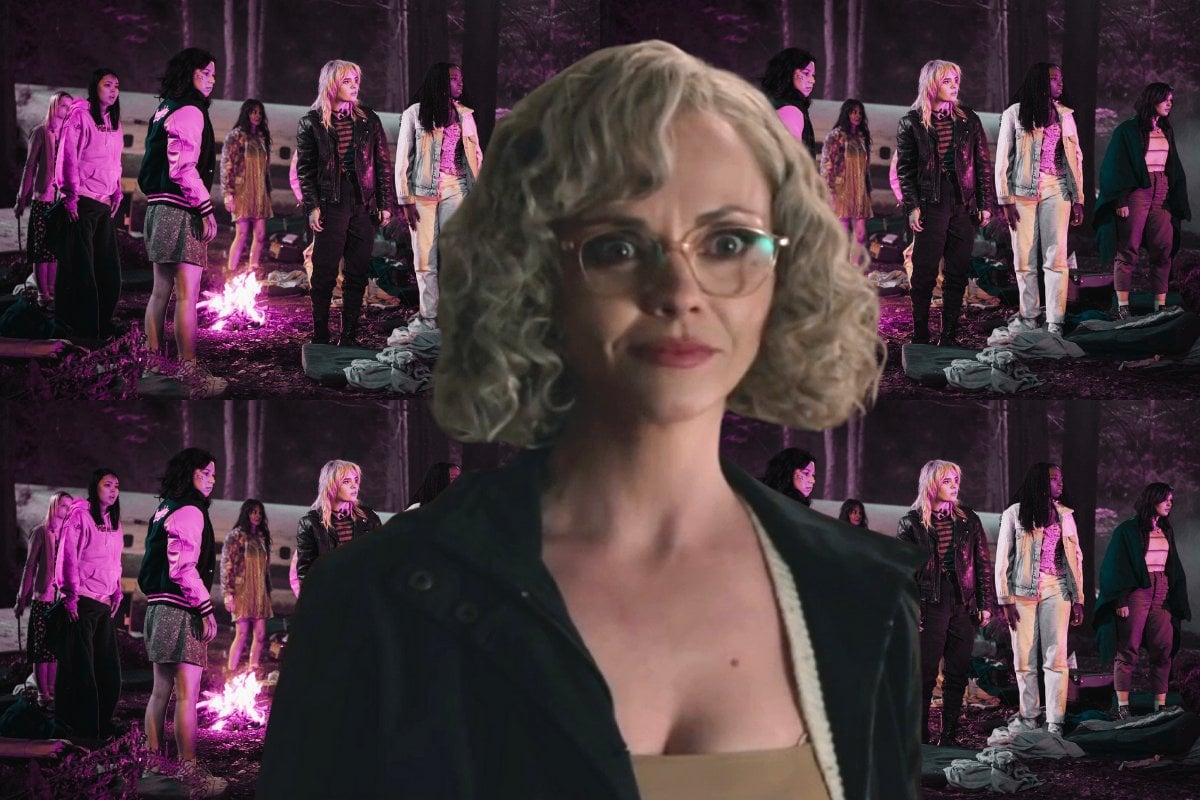 It's not very often that a TV series has a 100 per cent approval rating on Rotten Tomatoes.

Especially a TV series that not enough people are talking about.

But that's exactly what has happened with Paramount Plus' new thriller series, Yellowjackets, which quietly premiered on the streaming service on Sunday night.

The series, which can best be described as Lord of the Flies meets Lost meets your coolest 90s teen drama, is shaping up to be one of the best series of 2021.

Watch the trailer for Paramount+'s Yellowjackets. Post continues below.

Below I unpack what Yellowjackets is about and give my verdict on whether you should watch it:

What is Yellowjackets about?

The thriller series follows the story of a group of female high school champion soccer players in the mid-90s.

While on route to the national championships, their plane crashes deep in the Ontario wilderness. The survivors spend the next 19 months in the wilderness waiting to be rescued.

During that time, clans are formed, alliances are broken, and not everyone makes it out alive (we're taking cannibalism here, people).

In the pilot episode, we see flashes of their time in the wilderness and what looks like the ritualistic murder at the hands of a cannibalistic clan.

We also see snippets of Shauna (played by Melanie Lynskey), Taissa (Tawny Cypress), Natalie (Juliette Lewis) and Misty's (Christina Ricci) present-day lives. It's unclear whether anyone else made it out alive or whether they were... dinner.

The survivors, now in their 40s, also hint that the true story of what really went down in the wilderness is yet to be told.

The mystery of what happened in the wilderness, the intrigue about who survived the plane crash, and the 19 months before they were rescued.

The brilliant performances from Christina Ricci, Juliette Lewis, and Melanie Lynskey as the adult versions of the girls.

What TV shows/movies will it remind you of?

The Wilds for the teenage girls meets Lord of the Flies schtick.

Lost for the plane crash. Cruel Summer for the gritty teen drama element.

The 1993 movie Alive for the... cannibalism. (Honestly, I'm still confused as to why 10-year-old me was allowed to watch this.)

There are 10 episodes that are around the 50-minute mark each. The first episode is streaming now, with new episodes dropping weekly on Sunday nights.

If you like your teen thrillers a little... darker, you should definitely check out Yellowjackets.

But be warned, this series is not for the faint-hearted. There were definitely some scenes in the pilot episode that made me feel a bit uncomfortable and reminded me of that time in 1993 when my entire family sat down to watch Alive as a FAMILY MOVIE.

It's a brilliant series though. The teen characters are fully fleshed out, flawed yet likeable, and the 90s setting will give you serious nostalgia.

A lot happens in the pilot episode and in just under 50 minutes it creates enough intrigue to have you tuning in weekly to find out what happened in that goddamn wilderness.

I give it four out of five high school cannibal champions.

The first episode of Yellowjackets is streaming on Paramount+ now, with new episodes dropping weekly on Sunday nights.