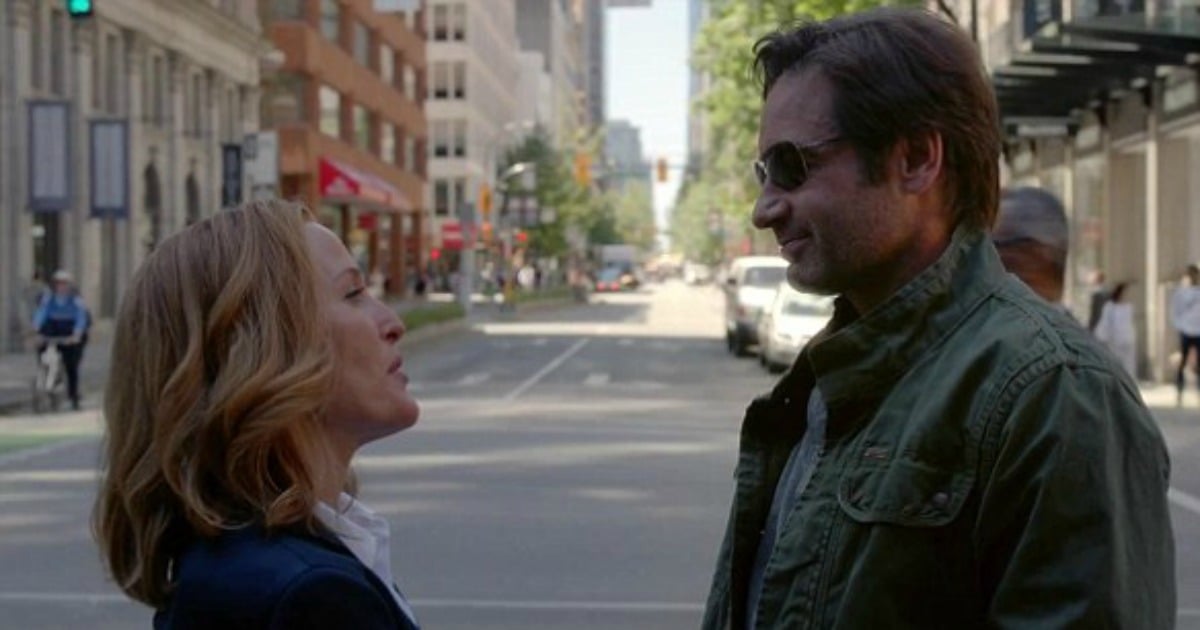 They’re finally reopening the X-Files and look, there’s a lot to be excited about.

Since announcing the reboot in March, Fox has been teasing fans with titbits of information and tantalisingly short trailers for the new six-episode series, which will finally drop in a matter of weeks.

That was about all we knew though, that is, until a 21-minute video promo appeared overnight, featuring a series of behind-the-scenes interviews with the show’s cast and crew, flashbacks and clips from the new series.

You can watch the whole thing here:

In the video, X-Files’ creator, Chris Carter, describes filming as “putting the band back together”.

“The people you’re going to see doing these episodes are the people who actually heaped to create the X-Files series,” he said.

“We’re doing a combination because that’s what the show always was. We’ve always tried to have kind of a human element, it was always tied to how it affected Mulder and Scully as human being and it’s the same here.

“They’re going through all these weird stories but the through lines is them confronting their age and their life choices.”

It seems the will they/won’t they, do they/don’t they (they do, duh), story between the two characters will continue into the new episodes.

Gillian Anderson revealed that, in fact, not all that much has changed in their relationship, summing it up as “huge intimacy and appreciation and yet frustration, but still love and care and potential.”

“We want to satisfy the mythology of it,” says David Duchovny adding that the first and final episodes will be dedicated to the pair’s back stories.

“Even in the standalone episodes, there’s some story to advance that’s not only about the case.”

The video also includes a sneak peak of an intimate discussion between the two about their child — whose conception still remains a mystery.

“As parents, we made a difficult sacrifice to keep him safe. It was for his own good to put him up for adoption,” she says. “I can’t help but think of him, Fox…”

Mitch Pileggi will also reprise his role as Assistant Director Walter Skinner, along with Annabeth Gish, who returns as Monica Reyes, and a few new faces.

“It’s just like riding a bike. All three of us just fell right back into it,” he said.

One thing’s for sure: The truth is out there.

Gillian Anderson is such a good actress

So looking forward to this!! 👽
Gillian's never lost it.