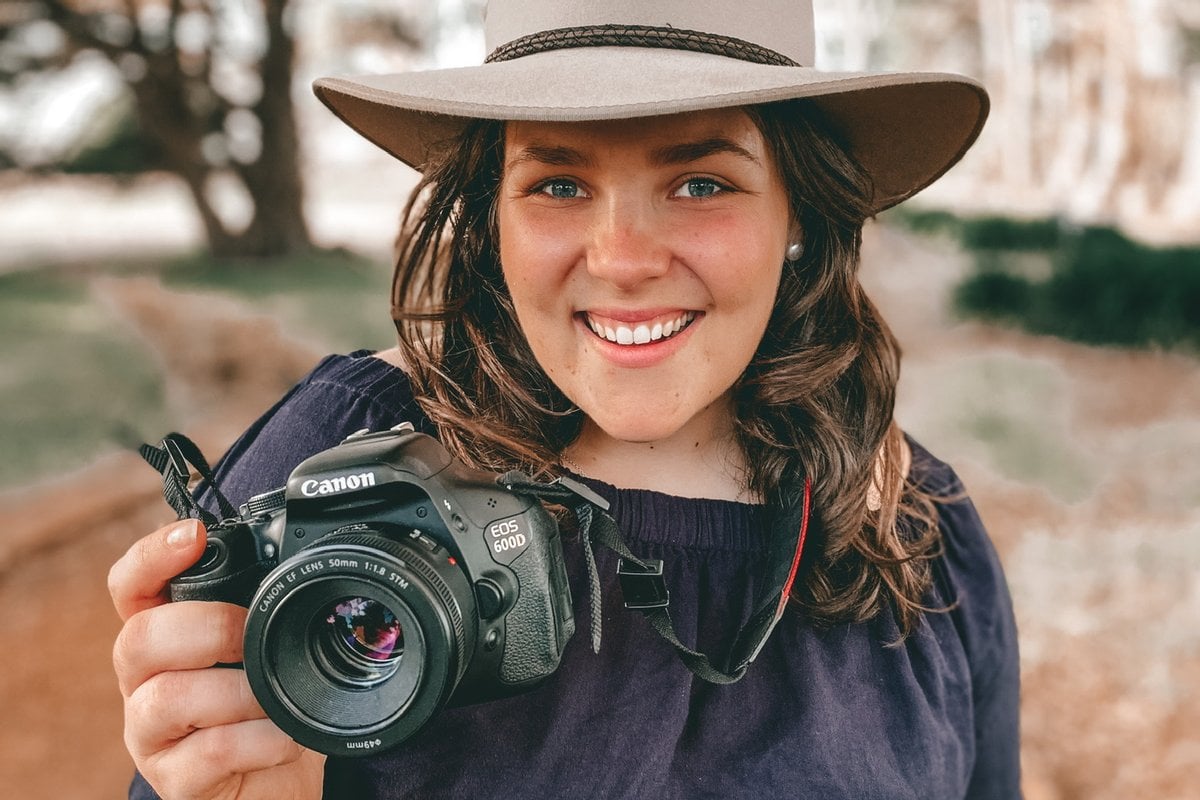 When I was fifteen, I discovered the world of fanfiction.

I was a passionate young writer at the time, and until that point, had been writing my own YA novel.

Concurrently, I went through seasons of obsession with different film franchises and television shows; they were often my escape from the throes of adolescence and bullying, and were my happy place.

Side note: Watch the horoscopes and self-care. Post continues below.

Fanfiction was the marriage between two things I loved, and it became my secret world.

I began writing my first fiction out of pure love for a show, and didn’t realise that the level of recognition it was achieving within that online community was substantial.

To date, that story has 372,418 reads – and it continues to chug along each day, even after a decade.

I remember printing out the first five chapters of that story and popping it in a display folder – beseeching my best friend, Melanie, to read it. I was incredibly self-conscious, but I wanted tangible feedback from someone I knew.

“This is really good, G. You shouldn’t have to hide it,” she had encouraged.

This bolstered my confidence to share it in my English class.

Some of my classmates jumped on and read the first couple of chapters, and so did my teacher – they were very supportive, and for a fleeting moment, I was chuffed.

My teacher had been so impressed she had shown her colleagues in the staffroom what I had done. Teachers began to stop me as I walked between classes or even approached me during lessons, to encourage my work.

“I heard about your online writing, that’s fantastic!” they would say. Some would go on to ask what it was about, and I would go bright red while I tried to come up with a vague response.

A handful of kids used this as a platform to tease me, as kids do – and the embarrassment swept back in again. How many people knew my pseudonym? Was it even my secret world anymore?

When the boys’ bullying became relentless, I told them I had stopped writing; that I was over fanfiction and had moved onto something new.

I changed my pseudonym and wrote in secret. I vowed to not make the same mistake again. My two worlds had to remain separate.

When I moved into another popular franchise, my fanfiction ‘career’ began to catapult.

I created trailers for my fictions that climbed in views; people created posters and art for my stories; I had message requests and prompts on Tumblr to write short fictions with the same characters, because readers loved my work so much.

Out of 6900+ stories for that coupling/category, it has stayed well within the top 100 for eight years. It’s not the créme de la créme by any means, but for a 16-18 year-old, on an international stage, I still count it as a pretty enormous feat.

I would type in a flurry at 11pm at night and edit meticulously at 1am. By 2am, I would send out my ‘media release’ across Tumblr, notifying followers of a new update.

My US, UK and European readers, who make up the bulk of my readership, would have a new chapter when they finished their work or school day. I would then sleep for five or six hours, roll out of bed 10 minutes before it was time to leave for school, and make my family run late.

My younger sister would roll her eyes as I would run out the door in dishevelled uniform, my tie in hand. I would then be tanked for the rest of the school day, but I would come home to a flush of reviews and messages – and it made it all worth it.

The next time I brought up my fanfiction, I was in Year 11 in a completely different class and environment, with students and a teacher who didn’t know about my writing.

At that point, my big story was in its complete powerhouse phase. We were studying Charlotte Brontë’s Jane Eyre, and talking about how the siblings had all been very successful writers.

“The Brontës actually created some of the first fanfiction,” I contributed. All eyes turned on me.

My teacher blinked. “What is fanfiction?”

I explained, and she shrugged.

“Never heard of it,” she responded.

I had a hard time convincing them it was a valid form of writing. Never mind that at that point, in that very year, a now very-famous writer converted her fanfiction into a book that sold 150 million copies (and later spawned a film that grossed USD $569.7 million) – and that’s not even counting the rest of the trilogy.

It wasn’t until I was in university that I realised how important my work was, and what it meant for my career as a writer.

A classmate in one of my units was gushing about their fanfiction with around 2000 reads – and the tutor was championing what they had done.

“Consider this,” they had said (and perhaps I don’t recall it word-for-word, but this is pretty close).

"6000 copies sold in Australia qualifies as a best-seller. Having a portfolio of fanfiction work is actually very beneficial when you pitch yourself as an author to a literary agent and then publisher, because you can demonstrate a proven readership, demographics …"

And that was my moment of realisation. I opened another tab on my laptop, and logged into FanFiction.Net.

I scrolled to my stories and clicked on the traffic stats. At that point, my big story had around 340,000 reads.

When the tutor asked if anyone else had written fanfiction, I shared my figures. Everyone was speechless.

To this day, there are a handful of people who know my pseudonym – mainly family, my partner, and very close friends.

I retained such a level of shame around it all for a long time. Even writing ‘fanfiction’ in the opening paragraph of this article gave me some form of social anxiety – well, that’s probably where you’ll lose everyone.

Sometimes, our greatest achievements are made in silence. Without fanfare, or thunderous applause. And I think there’s something incredibly humbling about that.

So why am I speaking out about it now?

My journey with my writing might not have been the most traditional path, but it is one I am incredibly proud of.

It saddens me to think I was embarrassed about it for so long – because at the end of the day, my audience loved my work. And those who really didn’t (I have had some pretty shocking trolls and nasty reviews over the years) taught me to have a thick skin with my creativity.

I learned very quickly that my creative choices wouldn’t always please all of my readers. I made naïve mistakes, but grew from them.

But I have also come to understand, that if you build a community and nurture it, they will show up for you.

This is a fraction of the 83 countries my readers come from.

I recently updated a story for the first time in eight months, and I have readers who have followed my work for nearly 10 years come back to read an update – but like a ball gathering moss, new people continue to find my work every day too.

I was so happy to see that there was another chapter, that I immediately re-read the entire story again.

I found this story last night and spent the early hours of the morning reading it.

I just wanted to leave a review before I finish this chapter and tell you thank you from the bottom of my heart for posting this.

I’ve read a ton of your work. You have a talent for writing and I love your [stories]. So thanks again for continuing this, it made my day realising there was a chapter I haven’t read yet. Sending you much love and support.

I literally was reading this last night, aching for more so I’m BEYOND happy you are continuing this!

I haven’t earned a single cent from my fanfiction works – but from the few thousand reviews, messages and emails I have received from readers over the years, from all over the world, I can honestly tell you it doesn’t matter. I wrote (and continue to write) for the reason all writers wish they could; for the love of it, and for my reader.

Georgina Morrison is a multi-creative writer, artist and photographer based in country Victoria, Australia. She has been a newspaper journalist, magazine editor, and now freelances in addition to working alongside her mother in their atelier-ceramics business Hope & Co. For more about Georgina’s creative portfolio, visit her website  www.georginamorrison.com.au.﻿﻿