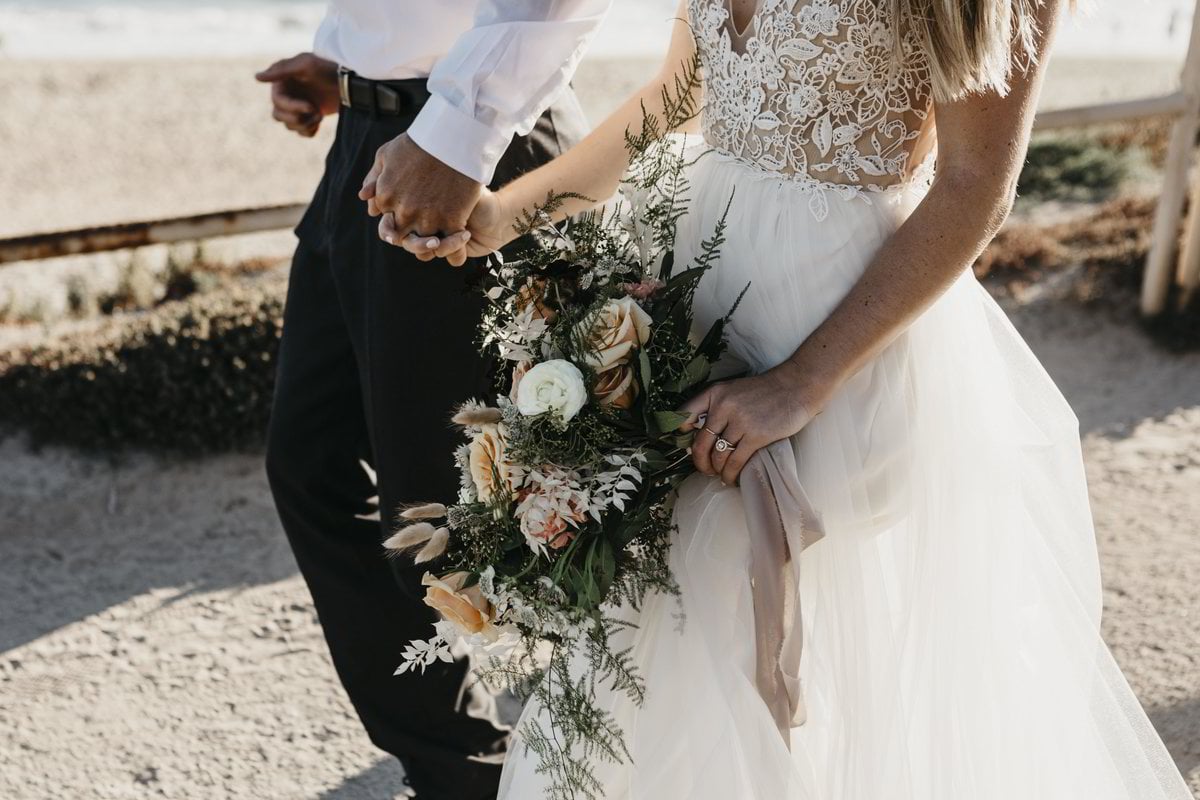 Choosing a wedding song is no simple task.

While some couples opt for a timeless love song to walk down the aisle to, others might choose a more personal song that reminds them of their relationship.

But sometimes, there are song choices that are a little more... questionable.

Whether the couple haven't paid close attention to the lyrics or have inferred an entirely different meaning from the song, there are a bunch of songs out there that probably aren't the best choice for wedding ceremonies and first dances.

So we asked the Mamamia community to share the most inappropriate wedding song they've ever heard.

1. "At a wedding a friend attended, the couple did their first dance to 'Better Man' by Pearl Jam. I don’t think they really listened to the words of the song, such as 'she lies and says she still loves him, she can’t find a better man'. Probably not the best song to pick."

2. "A friend sung 'Total Eclipse of the Heart' at her reception. It was an inside joke, but I still thought 'once upon a time we were falling in love, now we’re only falling apart' wasn’t the best lyric to be singing directly to your freshly minted husband."

3. "A popular (and beautiful) song I’ve heard at many weddings is 'Dance Me to the End of Love' by Leonard Cohen. It was actually inspired by the Holocaust."

5. "For my first marriage we had 'Don't You (Forget About Me)' covered by Life of Agony... I didn't want it, my then fiancé did. Of course, I relented... ugh, and it was a totally weird first dance."

7. "Our song was 'Gold Digger'. My husband's 13 years older than me and in a better job and the joke was that I was in it for the money."

8. "I went to a wedding in the 80s and the couple played 'Gimme Head' by The Radiators as their second dance song."

9. "'Band of Gold' by Freda Payne. It's literally about someone that sings about being left by their husband! My mum chose it for her sister's wedding without realising what the lyrics meant..."

11. "I spent a lot of time choosing our wedding song and finally decided on 'Have I Told You Lately' by Van Morrison. As instructed by the wedding venue coordinator I brought the music along that night... but as we went to set up for our dance, I was told that they didn’t have a CD player, which she had failed to mention. So it was up to the band to come up with something... They played 'Throw Your Arms Around Me' by Hunters & Collectors with of course the lyrics 'I will kiss you in four places' being sung over and over as my parents and grandparents joined us on the dance floor."

13. "Every childhood Italian wedding I went to [they played] 'Delilah' by Tom Jones. It's a cheating girlfriend song."

15. "Our band missed the boat. So the resort staff were the DJ for our wedding. The first song they played? 'I Wanna Have Sex On The Beach.' Um, no."

16. "When my aunty got married back in the late 90s, my granddad was in charge of pressing play on the CD track just before she walked down the aisle. The venue had one of those multi-CD players, and my poor technically challenged granddad accidentally pressed play on the wrong CD... by the time anyone realised what’d happened, my aunty had already gone too far to turn back... so she ended up walking down the aisle to 'Illegal Alien' by Genesis. It wasn’t exactly a choice as such, but it definitely wasn’t the best!"

17. "My parents went to a wedding years ago where the first dance song was 'To All the Girls I've Loved Before' by Willie Nelson and Julio Iglesias. Seriously."﻿

18. "'Am I Ever Gonna See Your Face Again?' by The Angels which includes the lyrics 'no way get f*cked, f*ck off!' There were little children present and dancing!"

19. "Swiss (him) and Canadian (her) friends who met backpacking in New Zealand. They played 'The Jack' by AC/DC as their wedding song... they thought they were being extremely cool until an Aussie guest informed them the song is about getting the clap..."

What's the most inappropriate wedding song you've ever head? Let us know in the comments below.