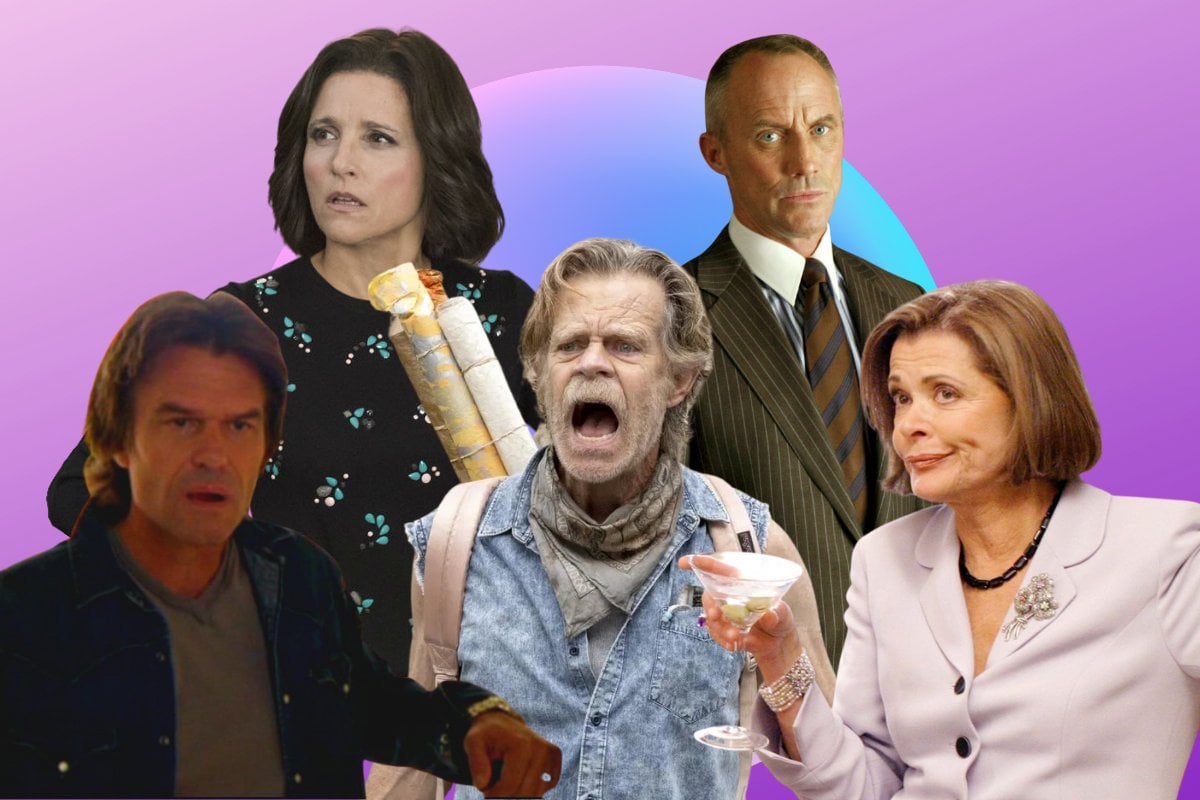 They say you can't choose your family, which is not exactly true of fictional TV shows.

In that case, they literally can choose the make-up of families.

But... perfect families aren't very exciting to watch, so terrible parents who abuse, neglect and attempt to murder their children are unusually common on TV screens.

Watch: I guess before we start, we should shout out some of the good ones. Post continues below video.

In some cases *cough* Game of Thrones *cough* it's actually harder to find a good example of parenting than it is to find one willing to sacrifice their own child/ren in the name of power.

So, to uh... do whatever the opposite of 'paying tribute' is, we've ranked 10 of the TV parents we would absolutely not want to feel obliged to visit on holidays and birthdays.

Julie Cooper spent her time drinking, partying and hooking up with her daughter's high-school ex-boyfriend, so naturally she was far too busy to check up on whatever attention seeking cry for help Marissa was up to.

Julie was obsessed with being young and desirable, constantly threatened her daughters with boarding school and was an avid social climber.

Veep is one of my favourite shows of all time, but Selina Meyer is an absolutely horrendous person.

She's narcissistic and neglectful, only paying her daughter Catherine attention when it'll benefit her.

"Catherine, why is that your hair?" will never not be an iconic Veep moment in the show's context, but holy crap, it's also SO MESSED UP.

Lucille Bluth was an abusive, cheating drunk and an absolutely shocking parent.

Lucille constantly criticised her daughter about her weight, controlled Buster like he was an infant and not a grown adult, blamed a car accident on Michael and straight up admitted she "never cared for Gob".

It's no wonder Michael, Lindsay, Buster and Gob were some of the most maladjusted adults on TV.

She was the worst on a show of... worsts, and it was a goddamn delight to watch.

Logan Roy is a megalomaniac who will do anything for power, even (and often) at the expense of his children.

To him, his kids are just pawns on a chessboard he can move around to keep himself firmly in power. And he uses that power to manipulate, humiliate and blackmail them.

Plus, every time we see a glimmer of humanity from Logan, it ends up being because of an ulterior motive.

Succession is one of the best shows of recent years, but if I ever found myself in a room with Logan Roy... I'd run.

Gossip Girl has a lot of problematic parents. Nate's dad is terrible, and as much as Lily tries... she's not... great. It's no wonder all their kids were hot messes.

But only Bart blamed his only son for his wife's death and punished him for it his entire life, faked his own death, neglected to tell his son he was in fact alive, involved his son in many major crimes, kidnapped his son's girlfriend and, finally, attempted to have him killed.

Eli Pope lied to his daughter for most of her life about the identity of her mother, infiltrated her inner circle and effectively pimped his daughter out. Yuck.

He even ordered the killing of the president's son as part of his plan to get Olivia to leave Fitz.

Then, he always delivered high-and-mighty speeches about how worthless Olivia was and how much she owed him.

No wonder she had daddy issues.

Many a child has or will face the tough decision to place a parent in a retirement village or nursing home, but few will have a hit put out on them in retaliation.

After Tony Soprano put Livia in a retirement community, she got her revenge by telling Uncle Junior that Tony could be leaking family secrets to a psychiatrist... which resulted in him nearly being killed.

She's a textbook narcissist and an absolute punish, played to perfection by the late Nancy Marchand.

The title of the show really gives this away, but Frank Gallagher was an absolute shameless deadbeat who manipulated, deceived and neglected his children, while simultaneously relying on them to get by.

He'd abandon them to get high, blow through whatever money they had and routinely disappear for days or weeks at a time. Then on the occasions when Frank did attempt to help, or show he cared, he'd usually just make things worse.

As a consequence, the Gallagher kids effectively raised themselves.

No, but really. His best parenting advice is: "The best gift you can give is neglect. Neglect fosters self-reliance."

Frank is perhaps the most infuriating TV character to watch, because you spend half the show yelling 'GET IT TOGETHER, MAN.'

Game of Thrones is basically a smorgasbord of bad parenting. Besides Ned and Catelyn Stark and Sam and Gilly, the adults are all terrible people and even worse parents. Yes, even Cersei.

And you know things are really bad when the man who burns his daughter alive in the hope it will allow him to sit on the Iron Throne doesn't even take out the show's worst parent title.

The existence of Craster is the only thing saving Stannis Baratheon from this spot.

Craster was a wildling who lived north of the Wall alongside his wives and daughters, who also happened to be... his wives. Yeah. When his daughters grew old enough, he'd marry them and then incestuously father new children with them. It's all kinds of f***ed up, and became even worse when we found out he sacrificed any newborn sons to the White Walkers.

The (small) saving grace is that in a show as deadly as Game of Thrones, he was never going to make it out alive.

And there we have it: 10 terrible examples of parenting.

Bad parents are a common plot device, but quick shout out to some of the good ones: Sandy Cohen, Phil Dunphy, Kitty Forman and the MVP, Carol Brady.

Who do you think is the worst TV parent? Let us know in a comment below.