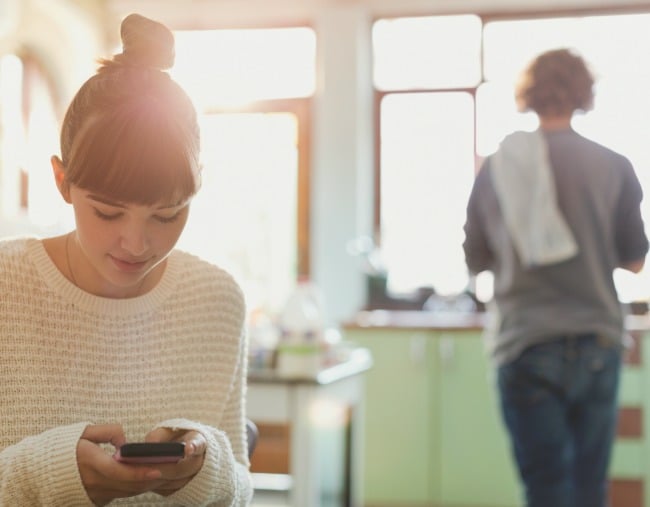 It’s the roommate horror story thousands of people are sharing not because it’s relatable, but because it’s the craziest kind of tale not even fiction could concoct.

Published in New York Magazine in 2018 and titled Worst Roommate Ever, the story begins with a woman called Alex Miller. Alex is looking for a roommate, so she posts an ad on Craigslist. (You know where this is going, don’t you?)

Two weeks after listing the room, a man who said his name was Jed Creek arrived. He was a lawyer, he said. He was articulate, wanted to move in, had already penned a check for $800 and, as Alex was desperate for help on the rent, she agreed. The check did not have his name on it, but it cleared, so Alex thought little of it.

As per William Brennan of New York Magazine:

Strange things began to happen. One evening, Miller came home to find the living-room lights wouldn’t turn on — Creek had taken the bulbs and screwed them into lamps in his bedroom. A few days later, the six chairs at the kitchen table disappeared. Miller knocked on Creek’s door, and when he opened it she saw he’d fashioned them into a desk. Miller had assumed Creek spent his days in court, but neighbours said they saw him loitering on the property throughout the afternoon.

After a few red flags began to appear, Alex and her mother began doing their research. Jed Creek wasn’t Jed Creek at all, but Jamison Bachman and Bachman had form. He had dozens of former roommates in his wake, all with similar stories of early troubles.

I DON'T EVEN KNOW WHERE TO BEGIN WITH THIS ARTICLE. A WILD RIDE FROM BEGINNING TO END. OH MY GOD JUST READ IT. SHIT IS INSANEhttps://t.co/m8EFeE0brK

A fascinating (and terrifying) story about a "a serial squatter" who relished the anguish of those who had taken him in without realizing that they would soon be pulled into a terrifying battle for their home. https://t.co/UiuCj3Z6T1

I will never complain about my roommate leaving weeks-old leftovers in the fridge ever again.https://t.co/bOthBhWixe

For the most bonkers story this week, check out this @nymag "Worst Roommate Ever". A thriller/horror that should resonate with any NYer who's put themselves out on a limb w/ craigslist roommate searches. https://t.co/XwnUUCg2sK

When Brennan found these former roommates, he found bunches of common thread. Bachman was “a serial squatter operating on a virtuosic scale, driving roommate after roommate into court and often from their home”. He wouldn’t just make their lives difficult, he would try – using complex legal jargon – to take control of the houses they live in.

Time and again, Bachman’s roommates were informed that some minor discomfort they’d inflicted upon him (a dirty living room, a dish left in the sink) had voided their lease — and meant that Bachman wouldn’t be paying his rent.

“The effort he put into doing this was life-consuming,” [one former roommate] told [Brennan]. “When things got bad between us, he stopped leaving the house, because he thought I might change the locks.” To her, Bachman appeared to function as if he were “at war.”

When Alex Miller and her mother eventually confronted him, telling him to leave, playing him rap music (which he hated) and throwing a party to throw him off, he left the house. But only for a short while.

That evening, when Alex was home, he attacked her with a knife. When police arrived, he was arrested and eventually put in prison. Within days, his brother, an architect, had bailed him out.

Whether you read the incredibly compelling piece of long-form journalism to find out what those devastating twists were is up to you.

Worst Roommate Ever is the kind of story you need to read for the detail and the utterly bizarre nature of the narrative. It’s also a testament to long-form journalism: If a story like this one has the ability to capture the entire internet, perhaps there’s still a place for the long stories that take months carve out.

Earlier this year, it was Cat Person going viral.

I clicked on the link and read the full article - and O M G !