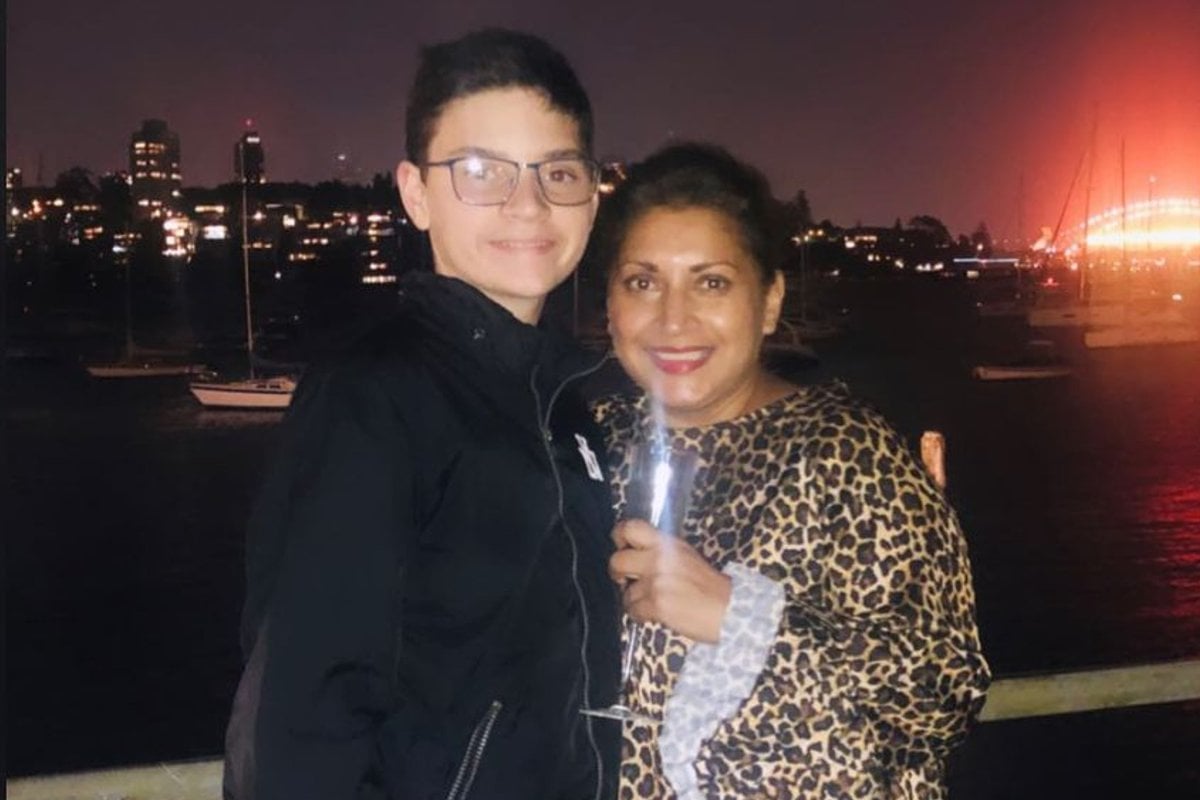 This will come as a surprise to many but despite all appearances to the contrary, I am not perfect, and I have not been a perfect mother.

I’ll let you digest that dire truth for a moment.

I’ve made many dubious decisions during my parenting of my son Winston, who’s now 14 – from irrelevant ones like permitting/encouraging swearing as a regular part of speech, to watching M15+ horror movies together because I hit a wall with The Wiggles, to not making a lunchbox since he was in the fifth grade (I salute you, canteen ladies).

But rather than make these decisions from negligence, one could say I’ve chosen my battles – that’s how it felt at the time. As a working, sole income, sole parent, I’ve had to. Having said that, I’m sure not all single mums have made the same decisions, but some married mums have.

That’s the thing about parenting – you never know what kind of parent you’ll be until you’re in the moment.

I think it’s mostly turned out okay because, in my unbiased opinion, my 14-year-old is just a tad amazing – and I attribute that to me letting go of things other parents might not (such as the above), so that I have the capacity to raise him with patience and love (89 per cent of the time).

But looking back, after almost one-and-a-half decades of parenting, there are some things I’d do differently if I had my time again. Even though these things resolved over time, I’m not sure I’d make the same decisions if I had another kid.

Here are five of them.

1. The first thing is that I'd be more selective about some of my mum friends at school. For example, I learned the hard way that there’s a lot of secret competitiveness and judgement about the kids from some sorts of parents.

I am not like that at all, so I wasn’t aware of it until it happened to me, when one of my friends told me she wouldn’t let another child be friends with her son because that child "is not smart". It was her 'subtle' way of telling me she felt similarly about Winston – with whom she would often cover her judgement about his abilities as humour.

Obviously, I was also "not smart" enough to pick up on that earlier.

In hindsight, I regret putting effort into that friendship because I should have noticed sooner my son was being exposed to someone who didn’t believe in him.

2. I wish I’d been stricter about leaving Winston for nights out, and not let him emotionally blackmail me at the door with tears and bribery.

This happened many times I left him with a sitter, between the ages of five to eight – even if it was the same sitter he knew and loved.

I figured it was because he was an only child and I was the only parent who’d ever put him to bed. I thought it was just what single parents go through. But then I went away on a girls' trip and someone opened my eyes – I was being played.

"He’s just trying to get your attention because all kids want attention, but he also knows you will give it to him," a friend shared.

I was annoyed because how dare someone (correctly) accuse my child of manipulating me?

But the truth set me free, and I never gave in to it again.

3. I would have been more determined about Winston eating vegetables – not for the nutritional value, because I always spiked his curries and pastas with the good stuff – but because to this day he still won't eat them if he can see them.

Like, even if there is a weak slice of cucumber and a dehydrated Spanish onion on the side of his plate at a restaurant, he will become visibly nervous. It’s unnecessarily dramatic. And it bothers me because vegetables are actually a joy to eat and he’s missing out.

But then, at the time, this was a battle I was not choosing to pick. I thought it was my job to get him properly fed – and my capacity to fight about vegetables every night was low. So, I hid veggies in drinks and dinner... and thus created a child who would baulk at a carrot until he was a tween. Sigh.

4. I wouldn’t have taught Winston to be afraid of the dark*.

*Winston would like me to make it clear to you that he hasn’t been afraid of the dark since he was 10.

But before that, he definitely was, and it was my fault entirely.

I’ve been afraid of the dark for as long as I can remember. I slept with a lamp on in my room – and pretty much every other light on in the house.

That sort of role modelling rubs off on a kid – aka scars them for life – making it difficult on school camps. And at séance parties (JOKING).

I wish I’d been able to put my phobia aside and make him comfortable with just the hall light on. But I couldn’t, because my night nervousness was intensified when I became the only adult in the house when he was two.

I wish I’d made a bigger effort to not just 'live with it' but deal with it. It would have been better for getting Winston to sleep on many nights.

5. I wish I had trusted myself more. I parented with the mindset that if I was going to effectively be the only parent for this child, I had to be the best – he deserved the best education, and all the material possessions and experiences I could afford.

But I eventually – only recently when I see the young man he’s become – realised I was enough. Because somehow, despite my mistakes, Winston’s turned out to be a testament to the things I have done right.

If I went back in time and reversed my decisions, I’d now have a vegetable-eating-brave-in-the-dark teen with no abandonment issues.

Nevertheless, I still have a kind, funny, bright and polite young man on my hands – who only needs to be bribed as much as the average teenager.