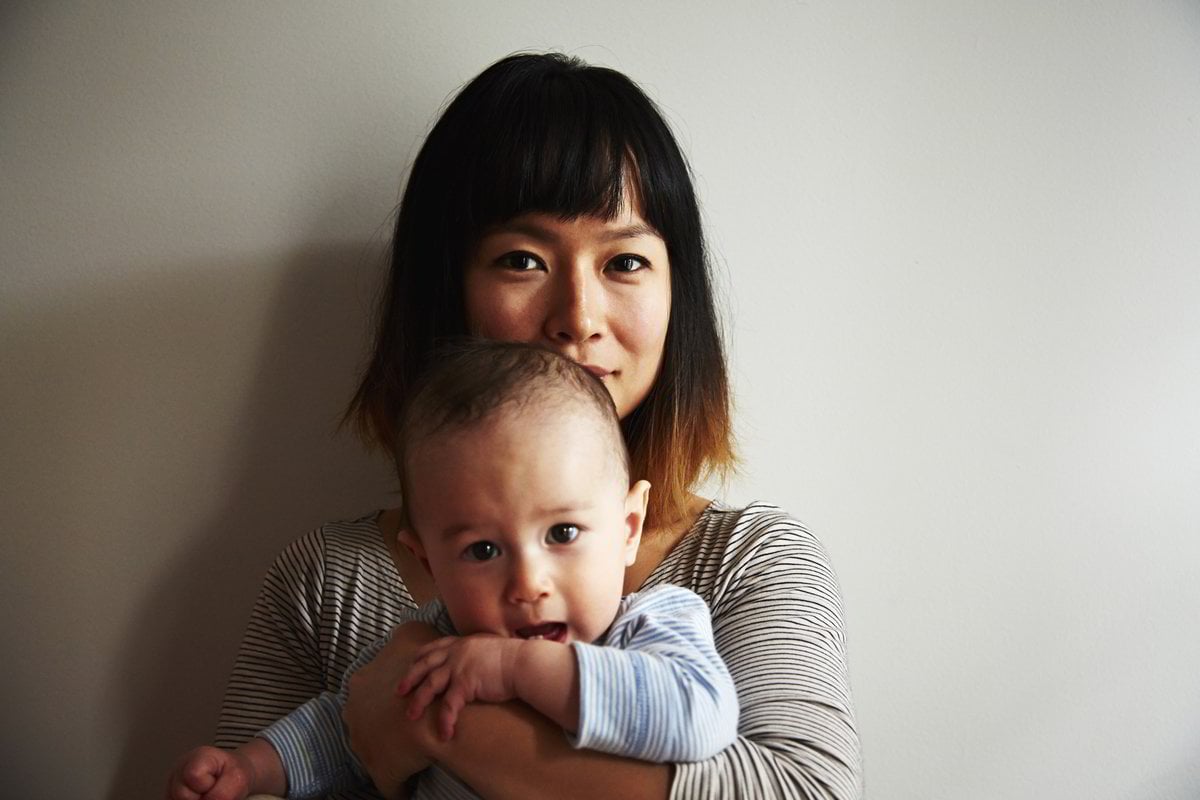 When my daughter arrived, I was met with a lot of attention, even from people I hardly knew. Luckily, this attention was largely positive. But some of it was littered with well-meaning but damaging advice.

Everyone has an opinion on how you should parent. And as a first-time mum, I was very susceptible to feeling vulnerable and judged. I had no clue what I was doing, and this "advice" made me feel like everyone else agreed I wasn't up to the task.

Watch: The Mamamia team confess times we were bad mums. Post continues below.

Don't get me wrong, some of this advice has been a lifesaver. Being able to ask more experienced mothers whether something is normal or whether they have been through the same thing got me through a very lonely time. But here's the less helpful advice I received.

Now my daughter is older, I have more of an understanding as to why people say this. Although the days are long, the years are short, and the newborn stage especially flies by. I wish I had enjoyed my time with her as a newborn, but I wasn't making a choice not to.

When I kept being told to enjoy every moment, I felt so much guilt. I wasn't enjoying motherhood. I was scared. I had no idea what I was doing. I felt like my baby hated me. And unbeknownst to me, I was beginning to develop postnatal depression.

I kept asking myself why I wasn't enjoying motherhood. I couldn't figure it out, so I concluded it was because I was a terrible mother who didn't deserve her baby.

It would be a lot better to normalise not enjoying every aspect of motherhood. I desperately wanted someone to reach out to me and tell me it's okay to feel fed up and resentful sometimes.

According to The Mental Health Foundation, one in five adults feel shame about their bodies, and one in eight experienced suicidal thoughts or feelings because of their body image. So, it's no surprise that women tend to feel negatively about their postnatal bodies.

My priorities as a new mum should have been my child and my mental health. Instead, they were my child and weight loss. When my daughter turned nine months old and I hadn't lost weight, I felt like a failure. I wish I had been reassured that although I have a new body, that doesn't make it a bad body.

3. "Make sure you're not neglecting your husband."

Even health professionals alluded to this. I had an appointment with the GP to discuss birth control a couple of months after I gave birth. She asked if I had resumed sex. I said no, and she asked, "Why not?"

Four months after giving birth, I went for my cervical screening. It was painful, and the nurse asked if I had resumed sex. I said no, and she gave me a strange look. She couldn't get enough cells, so I had to rebook my appointment. I saw a different nurse and found the procedure painful again. She asked the same question. I gave the same answer. She gave me the same look.

I felt the expectation to have sex again as quickly as possible. The only person who wasn't pressuring me was my husband. I was given "advice" from other mums that men can stray if you aren't paying them enough attention. I was also told that men can get jealous of the baby getting more attention.

I'm not disputing that this happens in some relationships. But I am disputing that it's the fault of the mother. It's very wrong to pressure anyone into preventing their partners from having an affair. It's especially wrong to do it to a new mum who needs support, not extra pressure.

Laura Byrne chats to different women about finding their identities after becoming a mum on the Me After You podcast. Post continues below.

4. "Men are like that. You need to think of them as another child."

At the start of my parenting journey, I struggled with feeling unsupported by my husband. He has cerebral palsy and was petrified of doing anything parent related. Although he didn't mean to leave everything to me, it was a very difficult time, and I was pushed to breaking point.

I confided in other mothers about this and was met with "he's a typical man" and "men are like kids. He's basically your second child." I guess they were given the same advice when they were new mums and were parroting this without thinking. But it made me feel so alone.

My husband and I worked things out, and he started helping around the home and with parenting duties. I spoke to some mum friends about how lovely it was to watch him grow in confidence and I was met with comments about how lucky I was to have a husband that helps me.

We are conditioned to think it's normal for mothers to do a lot more than fathers when it comes to child-rearing. In a study on how couples spend time on a minute by minute basis, findings showed that:

"I've spent the past year interviewing married or cohabiting heterosexual mothers across the United States about the distribution of child-care labour in their home. Most of them did the lion's share of the work and were angry with their partner. Yet many of them told me they were 'grateful.' Over and over again, I heard women complain that they were doing more than their partner, only to then insist that they were lucky to have any help at all"  -  Don't Be Grateful That Dad Does His Share by Darcy Lockman.

Men are not children. They are adults. And men who are fathers are also parents and have as much responsibility as mothers. To advise a new mother that they should expect to carry all the burdens of parenthood but be overly grateful if their partner helps from time to time is incredibly toxic.

I struggled with getting my daughter to sleep on her own. No matter what I did, she would become very distressed if I left her in her crib. We ended up co-sleeping as a result.

I felt like a failure. Co-sleeping is discouraged by healthcare professionals, but there was no other way of us both getting sleep. I was reassured by some of my mum friends that it was okay, and they all co-slept with their children.

But not everyone was so supportive.

"She'll be getting into bed with you when she's a teenager if you do this."

"You're making a rod for your own back."

"You're spoiling her with attention."

"You need to show her who's in control."

A National Parent Survey Report found that 90 per cent of mothers feel judged. What alarmed me was that so many of these comments were from fellow mothers. They know how it feels to be judged, so why did they think judging my parenting was going to be helpful?

I don't think these mothers realised they were being judgemental, and I genuinely believe they thought they were being helpful. I guess we all think our style of parenting is the right way and the best way when we've been doing it for a while. But new mums don't have that feeling. Even if my instincts told me my way was the right way, I lacked confidence, so I was sensitive to judgemental remarks packaged as advice.

It's perfectly fine to offer tips to a new mum. In fact, I was grateful for any tips my more experienced mum friends could give me. But telling a new mum what to do as if she's doing it wrong isn't going to help her.

6. "You should think about letting your parents meet her."

I am estranged from my parents. They were abusive and I don't want to put any children I have at risk of being abused too.

I naively believed my decision not to let my parents meet my daughter would be respected. I was very wrong. I was constantly asked whether I was going to let them meet her and whether this will be the thing to make us "put aside our differences."

When you have experienced healthy parental love and have a good relationship with your parents, it may be hard to understand how someone can cut them out. But everyone's circumstances are different. And leaving an abusive relationship, whether it be with a parent or a partner, takes a lot of courage. This needs to be respected, even if you don't understand it.

Although the intent of this advice isn't to cause harm, the impact it has can be very harmful. Therefore, any advice for new mothers needs to be in the form of support and encouragement. If you're a mother, you'll know how hurtful this "advice" can be. And with postnatal depression affecting more than one in 10 women, it's important we don't make motherhood a competition. Because when we do that, everyone loses.