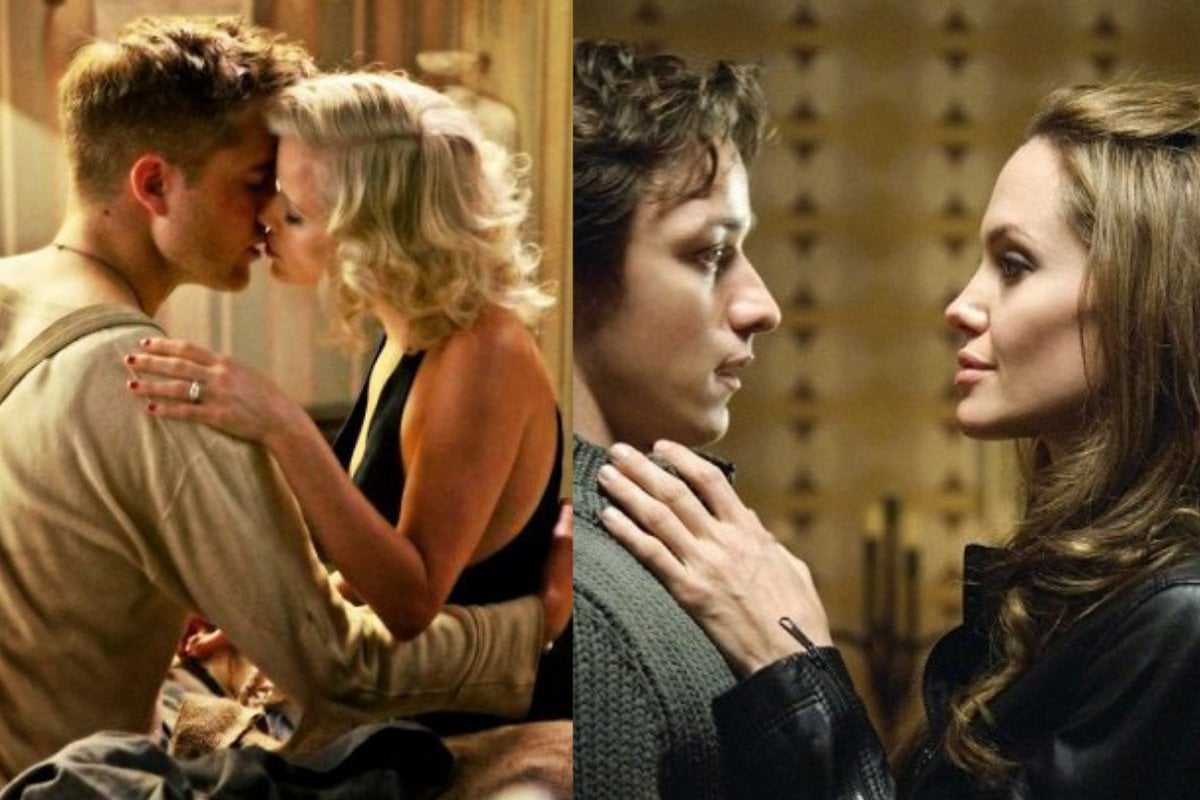 They are so perfectly and effortlessly produced that we often find ourselves wishing we were actors ourselves. After all, making out with beautiful humans day in and day out is essentially a dream gig.

But it seems we have to give Hollywood actors some credit after all. Yep, it seems on-screen kisses aren't as romantic as they look on screen.

So, from awkward moments to snotty partners, here are six celebrities on their worst on-screen kisses.

Reese Witherspoon and Robert Pattinson in Water for Elephants.

You may expect a show-stopping, mind-blowing kiss from two of the most beautiful celebrities we know.

But Reese Witherspoon claims that her kiss with Robert Pattinson while filming Water for Elephants was not as dreamy as she (or we) may have imagined.

"I’m going to say it’s a little bit of a downer. I was a little disappointed. It wasn’t sexy," she told In Touch magazine.

"Rob possibly had the most hideous, horrible cold of any co-star I’ve ever had to do a love scene with ever in my entire life," she added. 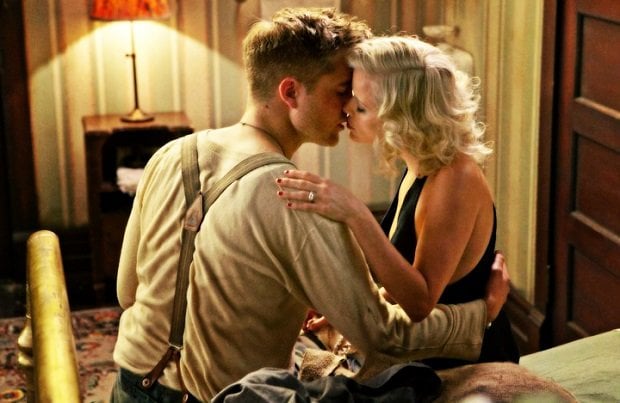 "He was literally snorting and snotting through every second of it – and it was not appealing. I’m talking green, infectious, disgusting. I’m not kidding!"

Pattinson later confirmed her story in an interview with MTV where he explained: "I was doing it when I had a really bad cold, my nose is running all over the place, and it was in one of the additional photography scenes, and Reese had this wig on, and literally, I was wiping my nose on her wig."

Liam Hemsworth and Jennifer Lawrence in The Hunger Games.

Apparently Jennifer Lawrence has somewhat of a cheeky sense of humour, and decided to eat garlic and tuna before filming kissing scenes with Liam Hemsworth – just to mess with him.

Can you imagine getting the chance to kiss Liam Hemsworth and making it bad... on purpose? Celebrities are weird.

In an interview on the Tonight Show with Jimmy Fallon, Hemsworth revealed that filming kissing scenes with Lawrence was the most uncomfortable part of filming.

"Anytime I had to kiss Jennifer was pretty uncomfortable," he started.

"When you look at in on the outside, it looks like a great picture, she's one of my best friends I love her, but if we had a kissing scene, she would make a point of eating garlic or tuna fish or something disgusting," he continued. 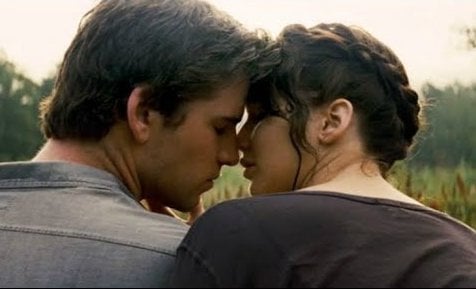 "Then right before the scene she'd be like: 'Yeah, I had tuna or I had garlic and I didn't brush my teeth' and I'd say, 'Fantastic I can't wait to get in there and taste it.'"

So, James McAvoy wasn't all that into kissing Angelina Jolie in film Wanted, and his minimal explanation for it is kind of... savage.

In an interview with InTouch magazine, he said simply: "I can tell you what it was like to kiss her on a film set: awkward, sweaty and not very nice."

Yep. That's literally all he had to say. 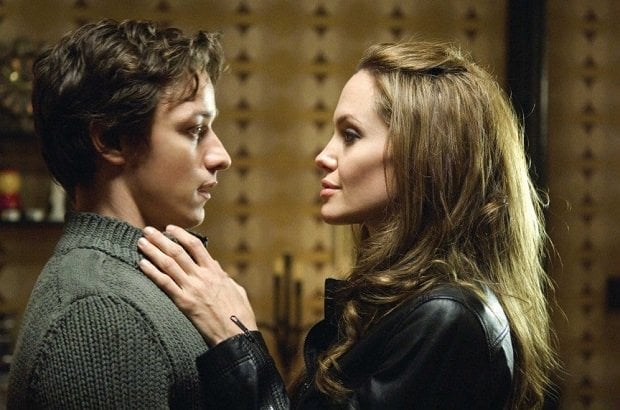 Perhaps unsurprisingly, Tobey Maguire's famous upside down kiss scene in Spider-Man was trickier than it seemed to coordinate.

"When he was doing the scene, I remember the water was falling down into his upside down nostrils, so he was kind of drowning," Spider-Man director Sam Raimi said.

"But it was a kissing scene. So, he had to pretend like it was a pleasant, sweet moment for him, when in fact, he was semi-drowning." 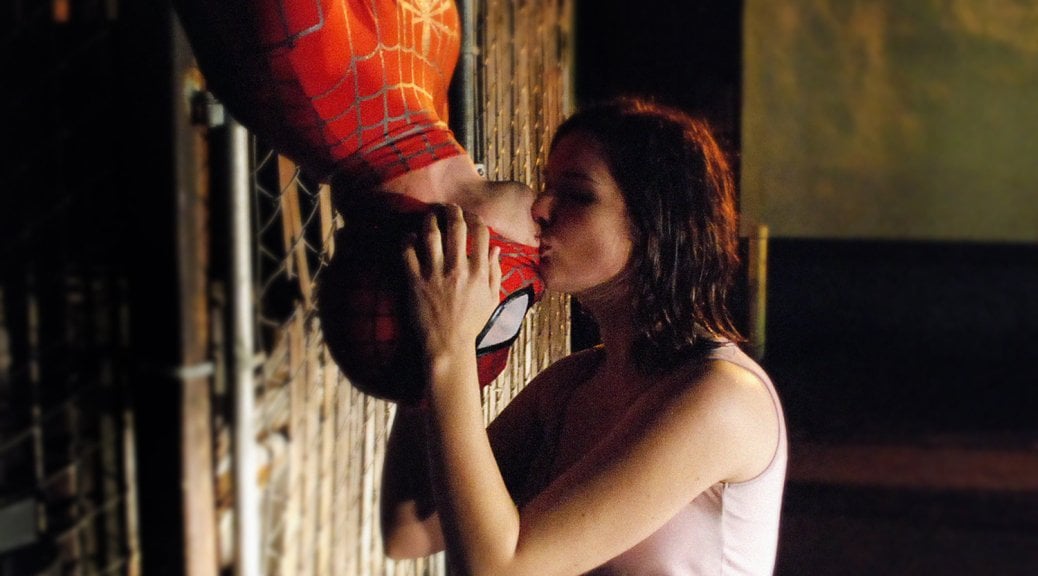 He had us convinced.

Maguire said he felt sorry for Kirsten, because he was virtually giving her mouth-to-mouth rather than kissing her.

"There was rain pouring up or down my nose. I couldn't breathe and I was gasping for breath out of the corner of Kirsten's mouth," he said.

"Poor girl. I was giving her mouth to mouth rather than kissing her. But in the midst of that, I was sneaking some pleasure out of it."

Bradley Cooper opened up about the embarrassing moment on The Graham Norton Show in 2013 after winning the Best Kiss at the 2013 MTV Movie Awards.

"After the second take she said, 'You're a wet kisser,'" he said.

"You don't want to hear that. It was not a compliment." 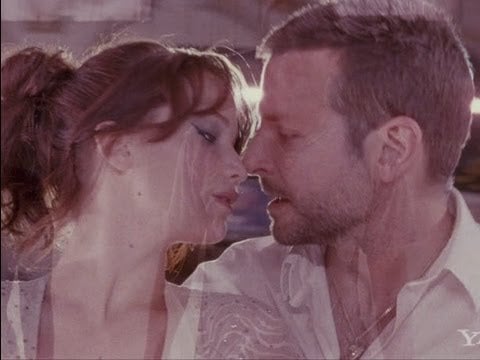 Emma Watson and Rupert Grint in Harry Potter and the Deathly Hallows.

It was seven and a half movies, and ten years coming when Emma Watson and Rupert Grint, who were best friends outside of filming the Harry Potter series, were finally asked to kiss each other.

And although Watson concluded post-kiss that "he's actually quite a nice kisser," the lead up to Hermione and Ron's first kiss was a little awkward.

"I never look back at that scene," Grint shared.

"I’ve known Emma since she was literally nine years old and we had this very brother-sister relationship. It just felt very surreal," he added.

Watch a behind-the-scenes clip from Hermione and Ron's first kiss below. Post continues after video.

"I have a memory of her face getting closer and closer like 'Oh my god'. I can’t really remember anything apart from that."

Emma Watson experienced a similar discomfort, sharing: "I just had to remind myself, 'I am an actress. I am Hermione. This is a role.' But it was really hard. We just have so much history together. They are like my brothers."