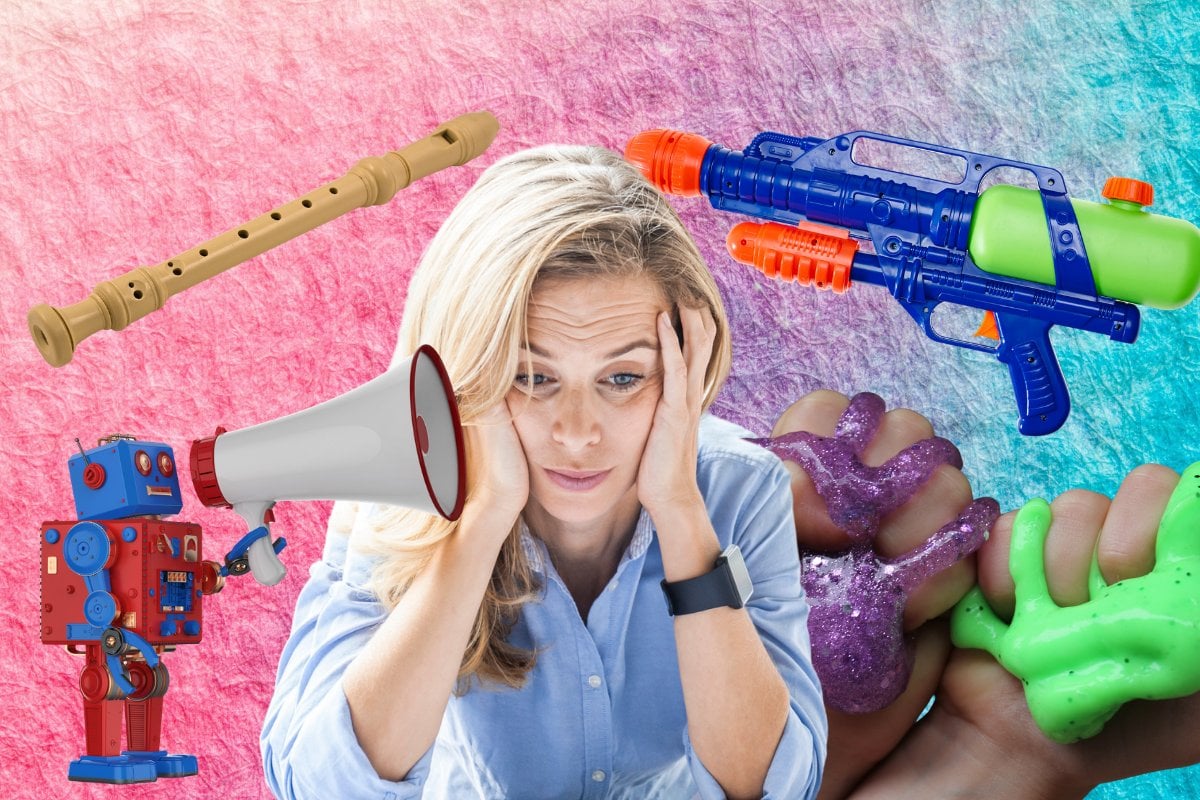 Oh, how I used to delight in giving Christmas presents to my nephews, specifically chosen to annoy my sister.

Really, an annoying gift for the kids was a gift for me too, because of her reaction.

One year it was a recorder (when the receiver was three, and had no hope of playing it tunefully). Another year, a whistle. The next, a harmonica.

If I had wanted to be nice to her, I would have bought a toy doctor’s set so she could lie down while her kid examined her. But then, what kind of sister would I have been?

In the past, friends and family have been much better to me and my son, Winston, than I was to my sister; he’s been given some great stuff.

The fact of the matter is that the gift you give someone’s child is a measure of you as a person and the strength of your friendship, in the parent’s eyes.

So, unless you’ve been wronged in some way and you’re into revenge-gifting, using the children of your frenemies as scapegoats, what should you avoid handing over?

This one is ensured to drive your friend nuts, because there’s an unspoken expectation that at some stage, you’ll need to see that child in those clothes. Which is both emotional and physical labour for their parent, the degree to which depends entirely on the level of fugliness.

The same applies to tops with inappropriate slogans on them…you know, like the ones which sexualise Santa ‘as a joke’. In my humble opinion, stick to The Wiggles, even if they’re teenagers.

This present seemed great in theory…until Winston began to insist we use it in the bathroom. I could not bring myself to do it. I did use it to blow my nose sometimes, though. 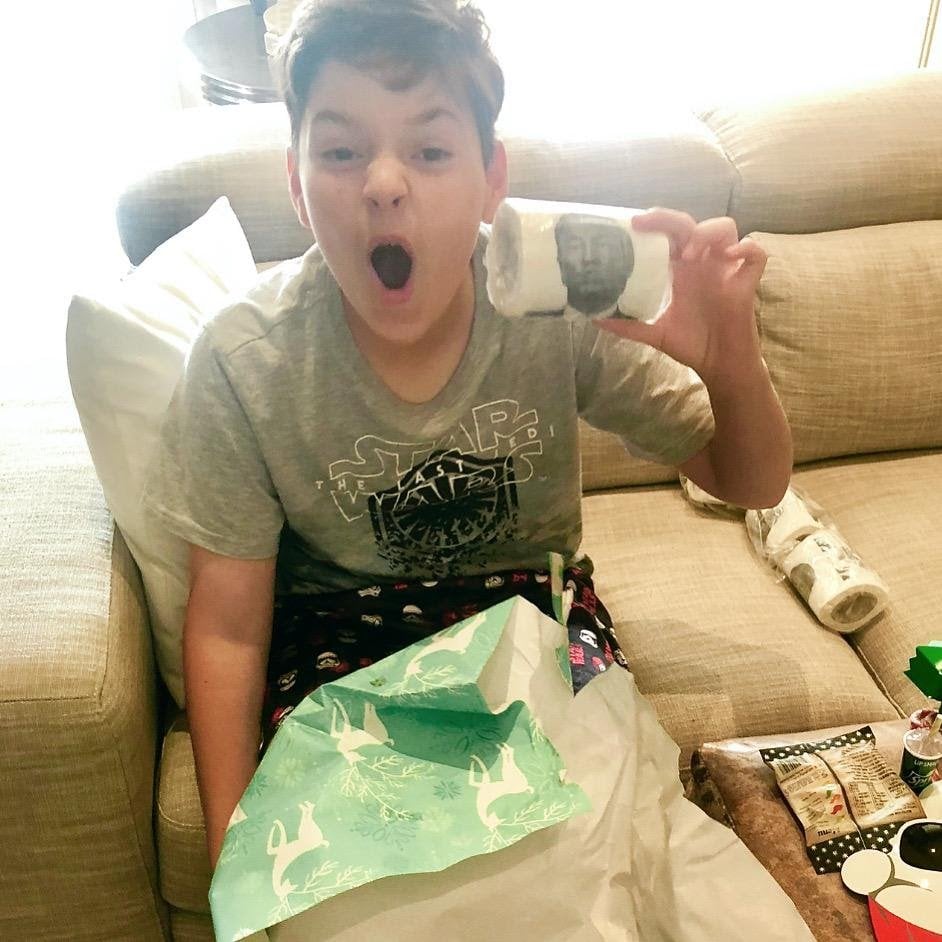 My private parts and that face was not the sort of intimacy I desired. Image: Supplied.

The Holy Grail of gifts for kids is no mess, no noise, and no parent required. Bubble wands are a good example for kids old enough to use them.

Board games like chess, are not. Also, skipping ropes, marbles and lab kits. Ain’t no parent got time to be teaching and supervising their kids like that.

THIS IS NOT FUNNY AND CAN BE TRIGGERING AND STOP YOU FROM GOING INTO THE KITCHEN FOR A WEEK AFTERWARDS.

Or so I’ve been told.

A baby doll that cries.

A crying baby noise is not a pleasant experience for any parent. If you do give this gift, expect to be given one back if you have a child.

This one may sound obvious, but many people don’t know that toy megaphones are as annoying and loud as real ones, and no, sending the kid to the next suburb to use it won’t make a difference.

I’d expect it would be quite difficult to moderate one’s intake with a giant stocking/a chocolate filled stocking the height of a small child. You’ll end up with kids full of sugar, jingling way past bedtime.

This one is from Costco, and although there seems to be sufficient portions for a family of five, we all know there will be swapping, and counting, and it will end in a s**tshow. 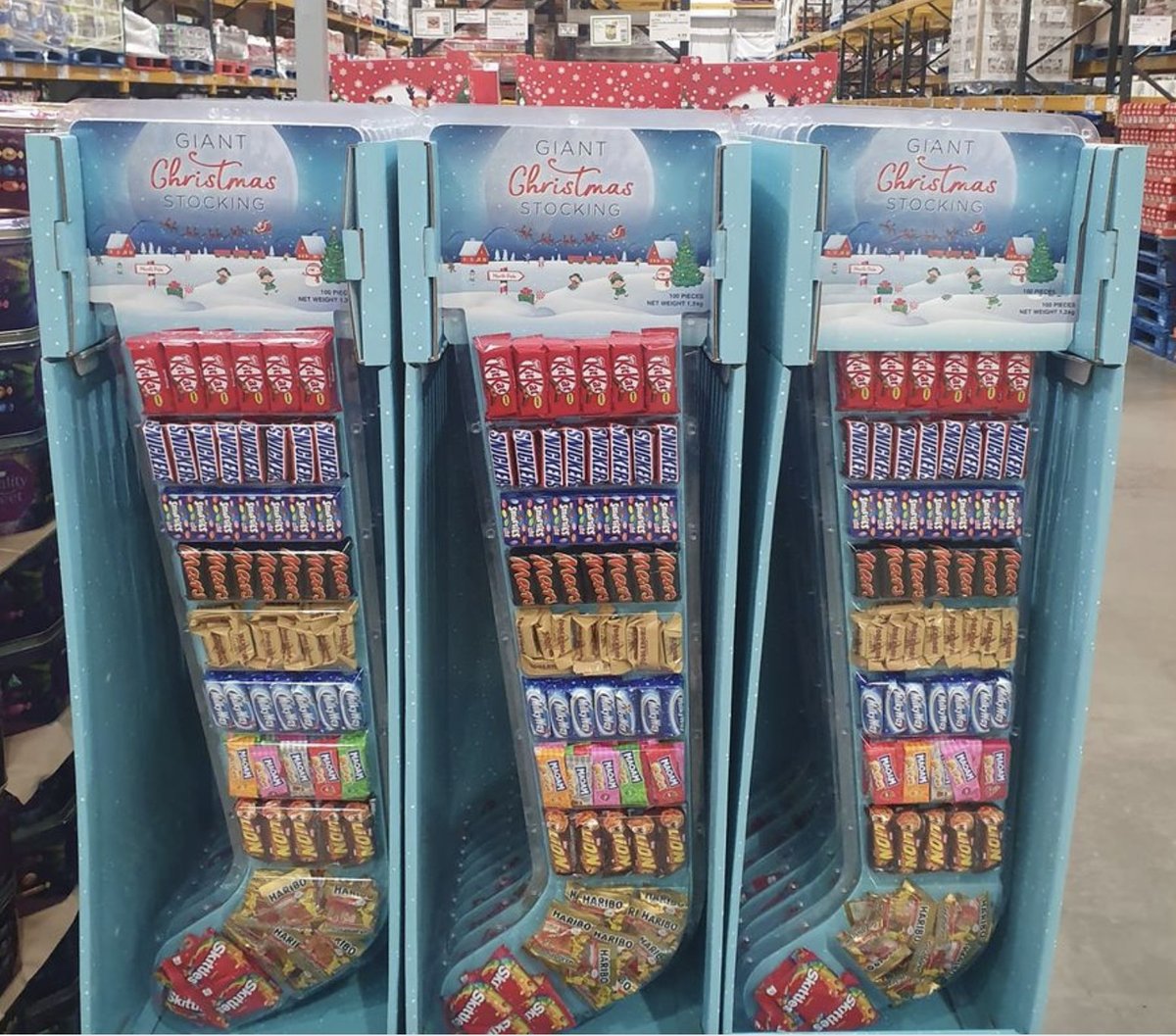 Anything impossible to get out of carpet.

"Oh, they can use it outside", you may say. But every parent knows it will be smooshed into the carpet by the end of the day, impossible to remove completely, and become a daily reminder of the moment your friendship ended. 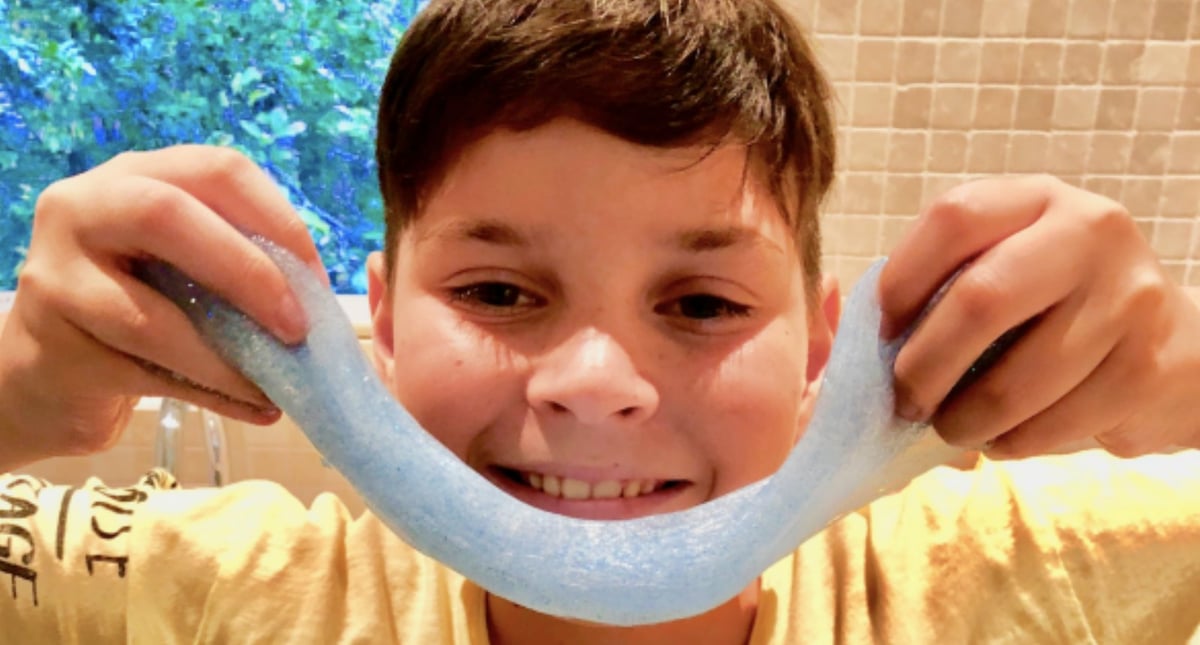 Yes, it’s all smiles until you unexpectedly sit on it. Source supplied.

And, one last really important recommendation – check if the kids are allergic to anything before you gift them something they want to devour immediately.

If they’re not allowed to eat that giant Toblerone because of the nuts, for example, their parent will hate you; not because you almost risked the life of their child, but because they know they will now have to eat it.

I mean, in this world of food wastage, what choice have you given them?

Reply
Upvote
We got a bit of a jump start in the niblings Christmas shopping last week, and the amount of things I had to rule out was insane! One BIL has three very boisterous boys, I went through the toy section saying "nope, nope, nope". Too noisy, too messy, too complicated... their mother would kill me, that one will cause fights. Found some outdoor stuff for them in the end. Looking forward to when they're old enough for gift cards!
News
General
Opinion
True Crime
Politics
Sport
Explainer
Entertainment
Celebrity
Reality TV
Movies
TV
Books
Rogue
Royal
Lifestyle
Beauty
Fashion
Weddings
Home
Wellness
Health
Fitness
Travel
Food
Parents
Before The Bump
Pregnancy
Baby
Kids
Teens
School
Parent Opinion
Work & Money
Money
Finance
Career
Lady Startup
Relationships
Sex
Dating
Separation
Friendship
Family
Real Life
Couples