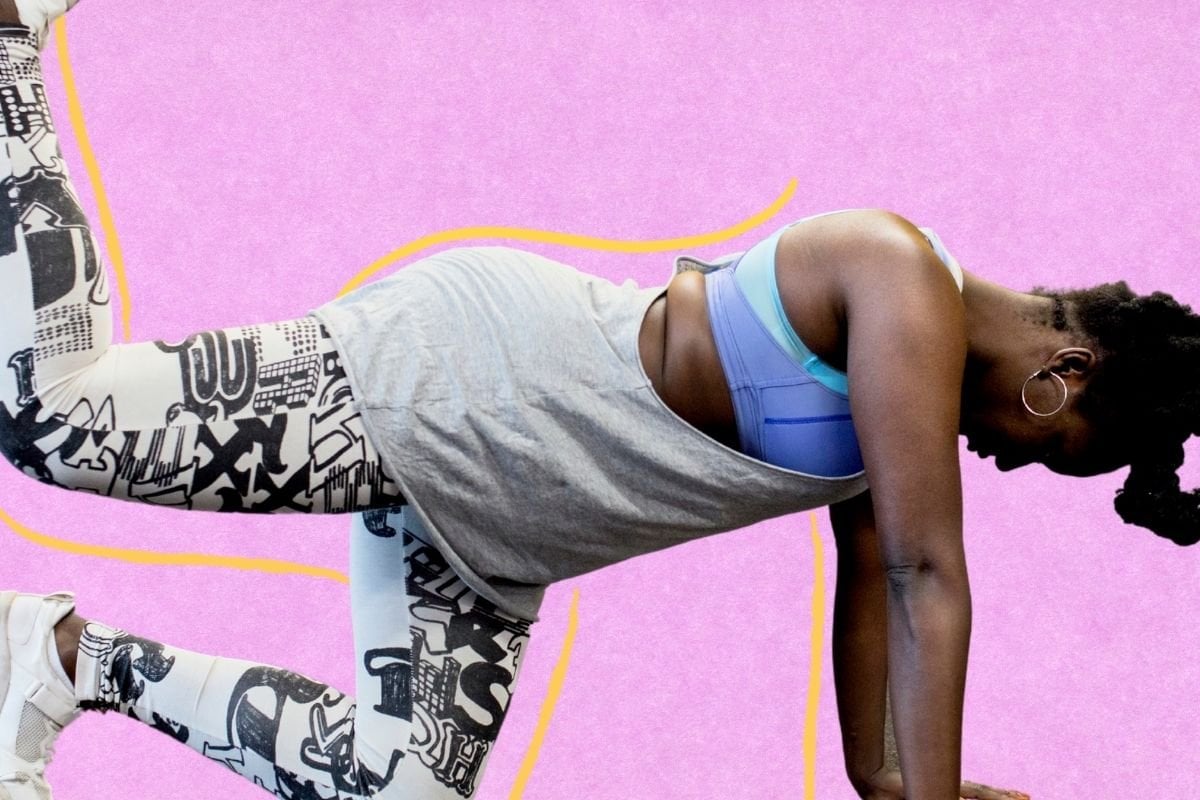 You've got your motivational playlist ready to go and your fave workout tights on. You know the ones. Snazzy. Comfy. Make your butt look good. You're ready to absolutely kill it out there. Go you!

But wait... didn't you just have three cocktails, Brenda?

Watch: Need a lol? Here's your horoscope working out. Post continues below.

There are some things you should never, ever, do before a workout - and throwing back a few drinks before you mosey on down to the gym for a HIIT class is one of them. No, seriously! It ain't a good idea.

Want to hear us yell-write at you more? Course you do!

Here are eight things you should avoid before you workout.

Stay off the sauce before working out, you guys. Even if it's just one glass.

While it depends on individual tolerance levels, you could end up dealing with drowsiness, dehydration and messed up motor skills, among a whole heap of other things.

What's more, drinking alcohol prior to working out can wreak havoc on your blood sugar levels, which can lead to you getting all injured and stuff. No good.

ICYMI, pre-workout is basically protein powder made with added caffeine (disclaimer: we did not know this), so it basically gives your body a bit of a boost before exercising.

You're usually supposed to drop a spoonful of the stuff into water to kind of dilute it before throwing it back, but it's also very popular to 'dry scoop' pre-workout (read: eat it dry). Especially now that TikTok has jumped on the trend.

However, dry scooping pre-workout is apparently a really bad idea.

Y'see experts are already a little wary when it comes to pre-workout formulas, but they're *especially* concerned about people throwing it down their gullet dry.

Why? Well, massive amounts of caffeine can be really bad for your health - overwhelming your system and raising your blood pressure.

Obviously the instructions on most packaging tell you to dilute the formula before consuming, so ignoring this could result in everything from jitteriness to gastrointestinal (GI) issues, damaged arteries and even heart attacks. Heart attacks, you guys. So, defs one to avoid.

Throwing back a whole heap of water right before a workout (usually when you've realised you've consumed exactly none that day) is not the best idea. Kay?

You should cap your intake to two or three cups of water two to three hours before exercise or risk feeling like a walking hot water bottle. Fun, but not IDEAL.

There's seriously nothing worse than doing at HIIT class or an intense workout with sprints and jumping and such and feeling all that water moving around in your stomach.

Not only will you feel like s**t, but it can cause you to cramp and possibly throw up.

4. Have some insane sex.

Look at you go, you saucy minx!

While we're all for a little bit of sexy time, if you're decide to have some pretty intense sex before working out, chances are it's going to have an impact on how you workout.

Not only are you using a lot of energy, but during sex a hormone called oxytocin is released - making you feel pretty mellow during your workout - so it might be hard to get 'into it'. Y'know?

Our advice? Skip the workout.

5. Apply a full face of makeup.

Guys, don't. Whether you're hoping to save time before going straight to work, or you're meeting friends for a catch-up afterwards - applying makeup before you workout is a very silly thing to do indeed.

When we sweat our pores open up, meaning heavy foundations, powders and concealers can end up clogging your pores. This is how ol' mate blackheads appear.

Not only this, but makeup also stops your skin from eliminating toxins, preventing the sweat from evaporating. In case you need more reasons, wearing makeup gives the bacteria from our hands something to hold on to.

So, if you touch your face (you do, we've seen you do it!), you're just transferring bacteria from bike handles, weights and such onto your poor skin.

6. Throw down a spicy buffet or heavy meal.

You're pretty much just asking for heartburn and acid reflux, you sweet fool.

All that bouncing around combined with a full stomach will increase the acidity of all the stuff in there, causing fun things like heartburn. Reflux will also make things very uncomfortable, meaning you probably won't be able to reach full intensity of your workout.

Even if you somehow avoid all the above, you'll probably still experience cramping and feel like utter poo. Working out while your body is digesting a heap of food means it has to work double time trying to provide adequate amount blood into the muscles behind worked. You MONSTER.

If you're planning on working out, it's best to avoid eating foods like meat, corn and eggs within a few hours before training.

Instead, go for lighter foods like fruits and carbs - not only are they easy to digest, but your body will be able to use them as energy while you're working out. Win, win.

Don't... do this. Fake tan and working out just don't mix. Ever.

Fake tan is more susceptible to things like sweat and perspiration a couple of hours after you've applied it, because it's still in the process of developing. So, if you dive right into a workout right after tanning, you'll most likely end up all patchy, streaky, and uneven.

To avoid this, make sure you rinse off your tan prior to working out. This will get rid of all the excess fake tan (the bronzer) and ensure it is fully set and develops properly. Makes sense, no?

Not only will you smell super stanky, but slipping on your sweaty workout clothes the next day can irritate the hell out of your skin and a heap of other not-so-good issues, including painful, itchy rashes.

You also might end up experiencing chafing of breakouts on your cute bod, not to mention thrush and the rest of the gang. Bottom line: it's gross as hell.

Reply
Upvote
Guys, just some feedback. The My comments and Comments feed's functionaility was very good while up, but has now regressed to its previously broken state.

Hi there, thanks for your feedback. We're currently working on improvements to the comment system. ﻿