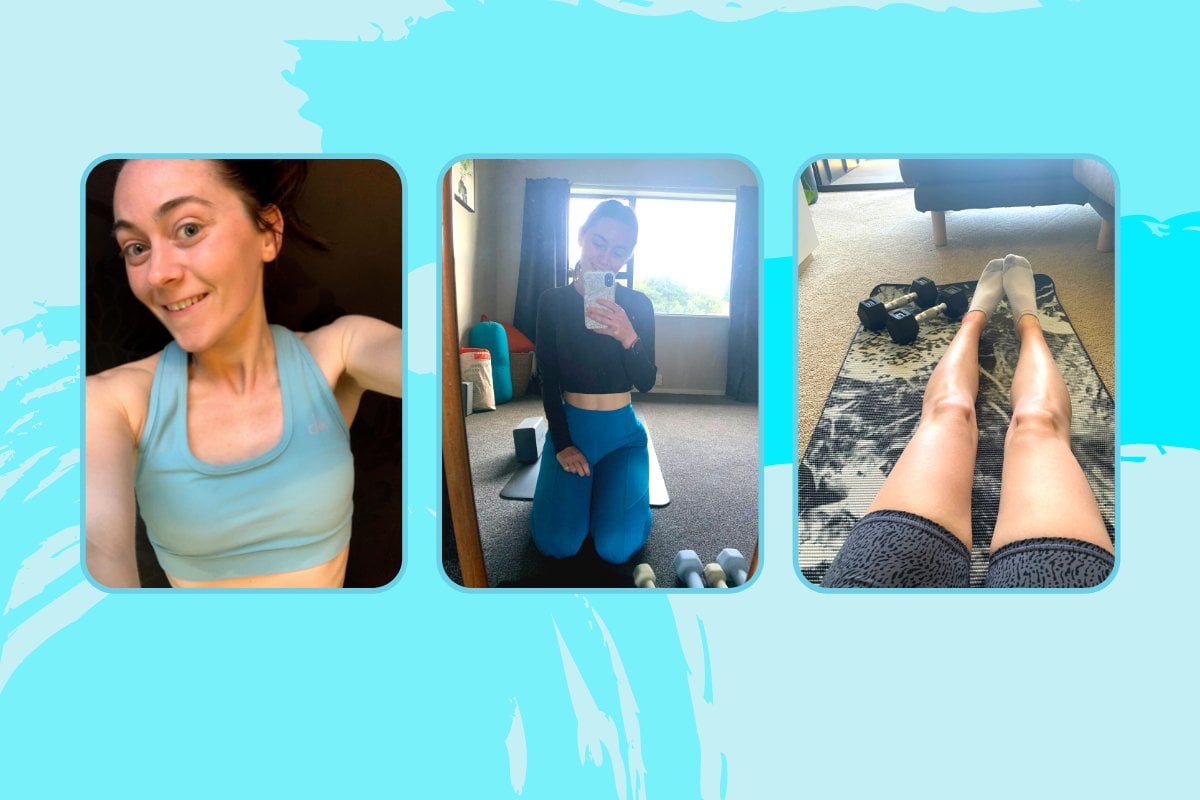 The weirdly satisfying exhaustion you feel at the end of a good workout might be my favourite feeling.

For a long time, there was one place I knew I could find that feeling: the gym.

I started going to gyms in my late teens-early 20s, after realising that pretending to hate exercise in high school didn't actually make me cool or edgy. After that, I went on a pretty solid four-to-five times a week schedule most of the time.

And while I enjoyed the actual exercise, I never actually liked the gym.

Watch: The star signs, working out. Post continues below video.

I think I felt lingering resentment towards gyms, because about a year into my 'fitness journey' (I know, I know, that sounds so wanky), I found myself deep in 'gym' culture, where everything felt competitive and the pressure to 'keep up appearances' was strong.

I actually exercised too much, pushed myself too hard, and became terrified of not making 'progress'. I was running five kilometres in 22 minutes and only eating couscous. It was dangerous.

I only snapped out of it because I went on a three-month backpacking tour of Europe, where I was too busy running late for trains and eating pasta to worry about when the last time I did a squat was. The trip not only left me with incredible memories but in hindsight, saved me from some really destructive behaviours.

But even after I returned and found more balance, the gym was still... the place I went for exercise. I'd got it into my head that I wouldn't be as motivated, or be able to work out as well, without it. It was a place designed for exercise, so I felt obliged to use it for that purpose. Home workouts? I didn't know her.

I only learned that I was very wrong about this years later, when the pandemic struck.

Gyms were among the first businesses to shut and the last to reopen. Obviously, the entire thing was an extremely stressful, anxious time. For my sanity, I spent a lot of time working out at home.

Just as our homes (for better or worse) merged into our workplaces, my home also had to become a gym. Or... my own version of one, with far less equipment and no grunting dudes to tiptoe around (or laugh at).

Here, stretching out my poor hammies in my lounge, something clicked. 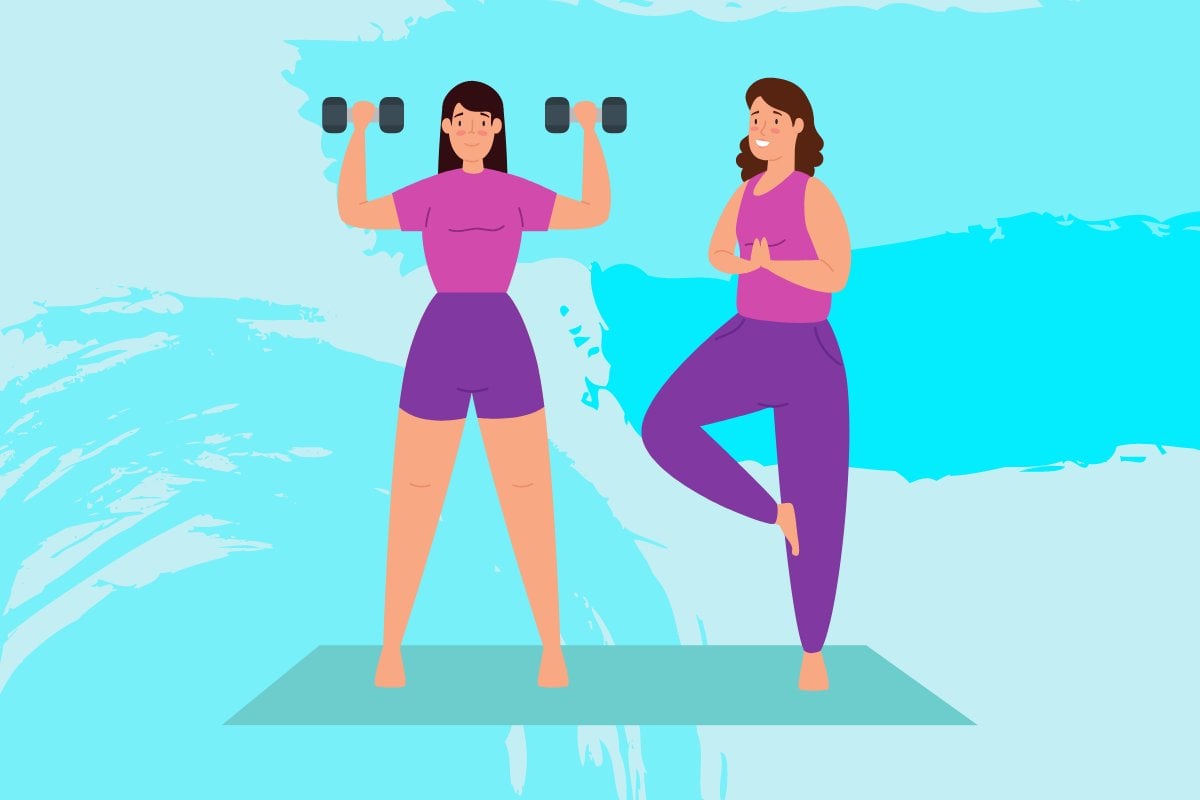 I was forced to completely reassess my approach to exercise. I hadn't even realised that I'd gone from exercising because it made me feel good and had a positive impact on my mental and physical health, to seeing going to the gym as another daily chore I needed to tick off.

I felt trapped by the four, sweaty walls. Having to look elsewhere for fitness inspiration was freeing.

I discovered a love of pilates, courtesy of friend of Mamamia Go Chlo Pilates. Chloe kept my colleagues and I sane during weekday classes and soon launched her on-demand platform, which meant I could access all sorts of pilates-based workouts whenever I wanted.

One of the lingering, problematic thought patterns that stuck with me from my early gym days was that if I wasn't dripping in sweat, or wobbling down the stairs, it wasn't a good enough workout. Pilates taught me that mindful movement can be just as satisfying, and I don't have to destroy myself every day for exercise to 'count'.

I also used the Nike Training App, which offered workouts of all different lengths and for all sorts of equipment and fitness levels, so much my neighbours came to expect me jumping up and down on my balcony at 2pm every day.

And I rediscovered my love of running outdoors. I've run for more than a decade, but years ago I'd switched to a treadmill for the sake of convenience (and because I, a New Zealander who still thinks 22 degrees is hot, had not acclimatised to running in a much warmer Sydney).

Read more: "I've run 5 times a week for 10 years. Here are my super simple tips to make it easier." 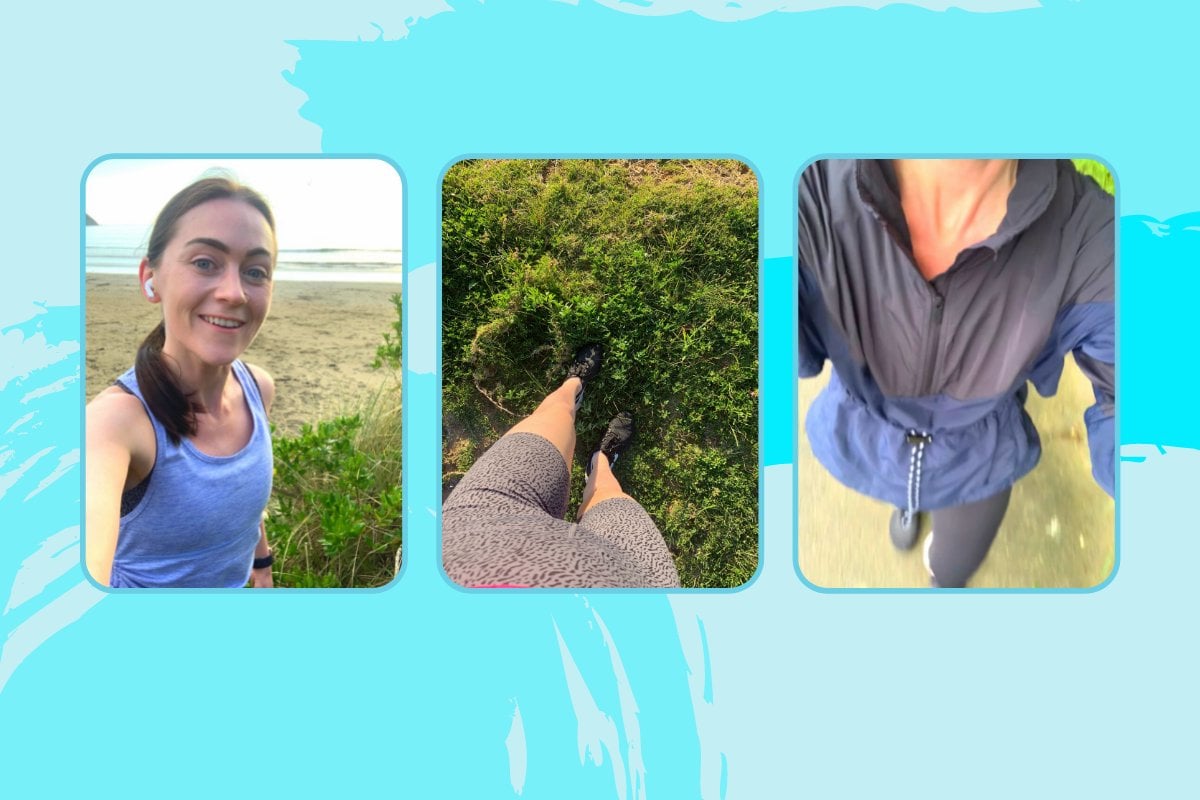 These days, my routine is somehow both set in stone and also... flexible. I run, do pilates and throw in any other sort of workout with what I have at home (a stationary bike, skipping rope, a few dumbbells) if I feel like it, about five times a week. Sometimes more and sometimes less. Some days workouts last an hour, others only 10 minutes.

Crucially, I don't feel any pressure around fitness anymore.

Contrary to what the ads, trainers and my narrow thought process had told me for years, it turned out I did not need a gym to exercise well. In fact, I personally exercise not only better, but smarter, without one.

'Find an exercise you love' is such cliched advice, and I hate to be that person. I mean, I used to roll my eyes at that person. But it's true.

It doesn't really matter if that exercise is yoga, running, or Olympic weightlifting, as long as it's something you enjoy and feel comfortable doing. There's no point forcing yourself to do things that you don't like, because that just builds an unhealthy mindset and resentment.

Listen: How to become a runner. Post continues below audio.

Some people thrive in gym environments. Gyms can be positive, community-driven and life-affirming spaces for some people, and that's incredible. I'm certainly not out here to yuck anyone else's yum. Others like group workout sessions in the park, or boxing classes. I've learned I'm mostly a solo exerciser, who felt stifled in a traditional commercial gym environment.

I returned to my old gym briefly once they reopened in mid-2020, and this confirmed that it wasn't what worked best for me. I still didn't enjoy it and those 'I need to be here' thoughts had vanished, so I quit shortly after.

I returned to a yoga mat on my balcony and kept running around the block instead, which I've been keeping up now for well over a year.

I think I have a healthier outlook on it all now. I've kicked those last lingering thoughts I had as a 21-year-old over-exerciser out of my mind and now just have a good time with it. I rediscovered a spark. I'm passionate about exercise again, but in a more mindful way.

I'm not the fastest or the strongest I've ever been. But I'm the healthiest in every other way.