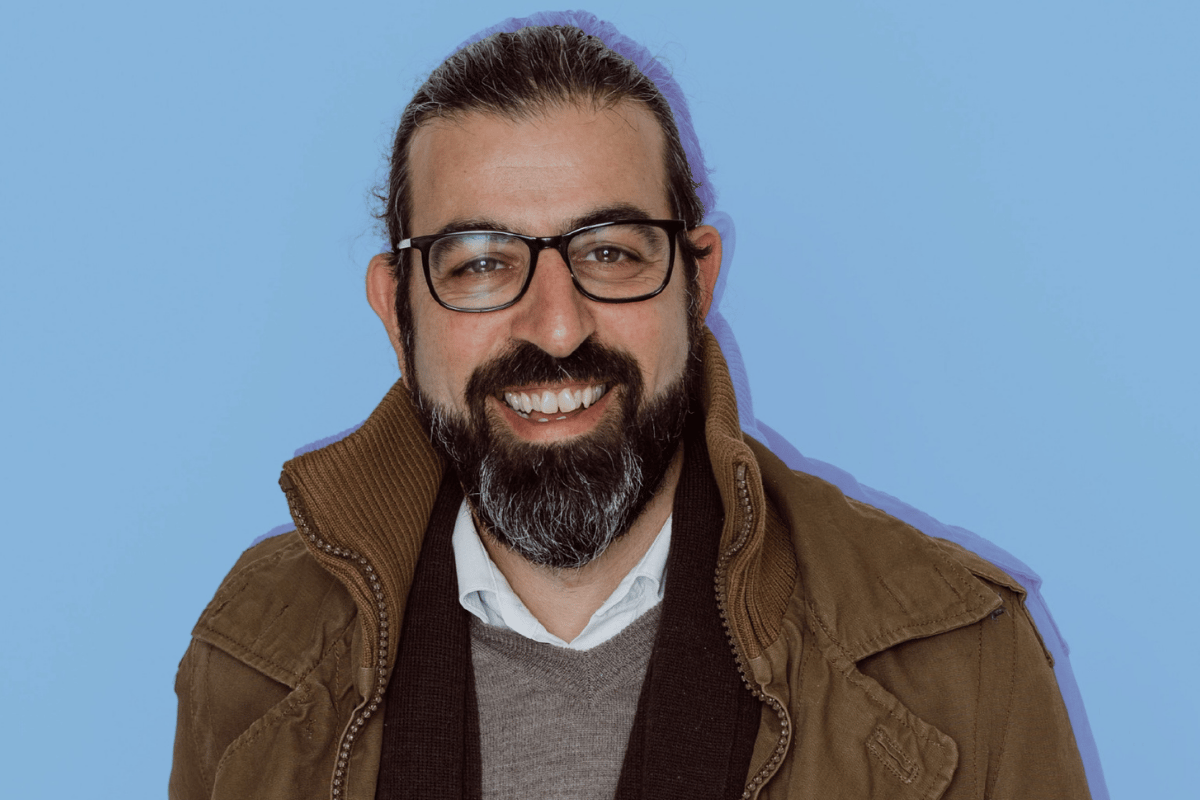 This story mentions violence against children and may be triggering for some readers.

Reza says his job isn't one you can "love".

"It's very difficult... it's bad for most of the time," he told Mamamia.

The 49-year-old has been working as a child protection caseworker for the NSW Department of Communities and Justice for over two years now, and while it's a very rewarding job, it can be just as confronting.

"You're seeing children that are suffering at times, you're seeing families with lots of disadvantages and lots of complexities, and this sense of unfairness runs through [the job] most of the time," he says.

"We can facilitate and help create change, but we still can't unsee what we see."

Reza will typically work with seven to 10 case at one time, making choices around the safety of children and the department's interventions with families.

It's a responsibility he doesn't take lightly.

For Reza, a typical workday involves heading to the office before travelling to visit around two families.

"As soon as I get into work, I usually have my day planned out before it actually starts. So we will probably go and see maybe two families a day depending on what's going on."

"We always tend to travel in pairs [because] that helps us to have perspective and also creates safety for both clients and co-workers. It also provides us with accurate record-keeping and an accurate account of what happens there."

The issues Reza comes across each day vary case by case, and may involve children who have been temporarily removed from their family for their own wellbeing or children who are experiencing medical neglect.

"We may be coming to a case where the state of the home may be an issue or the children aren't going to school which may be an issue... So we work with families to attend to those issues."

"We are the last resort, really. So by the time it gets to a child protection caseworker, there are some pretty serious things that have happened in the house."

Working so closely with families, Reza says building a trusting relationship is a big part of the job.

However, it's something that doesn't come easy at first.

"Historically, we [the DCJ] have removed children in the past and we're here to keep children safe. So when a caseworker knocks on your door and says, 'Hey, we're worried about your children.' Then parents are naturally going to be defensive."

"So it's challenging to build trust straightaway because what's the incentive for the parent to trust me?"

To help build a rapport, Reza says it's important to understand the parent's own upbringing and leave all judgment at the door.

"To work in this role, it's really important that you understand that people are doing the best that they can with what they know and what they're being taught. So what I may see as a really dangerous situation, may be a success story for a parent. The fact that the child goes to school and has a lunch every day and dinner every day, may be a really successful thing because that parent didn't go to school or didn't get packed lunches."

In the recent SBS documentary, The Department, Reza is currently working with his client Leanne to help restore her seven-year-old son back into her full-time care. Over the year they've been working together, their relationship has changed to the point where Leanne can finally be open and honest with him.

"When we first met, Leanne didn't really say too much, she didn't really have a voice. And to see her have a voice [now], and to be able to speak her mind and to tell me what she really wants, without being fearful of any sort of power or authority the agency have is a really beautiful thing."

Since coming into their lives, Reza has also witnessed her son, who is living in Port Macquarie with his grandparents, experience what it means to be a child again.

"He's experienced a childhood he's been free from adult matters. He's got to engage in school and friends, come out of his shell and socialise and play football... all children thrive when they're allowed to do that. He's really loving life." 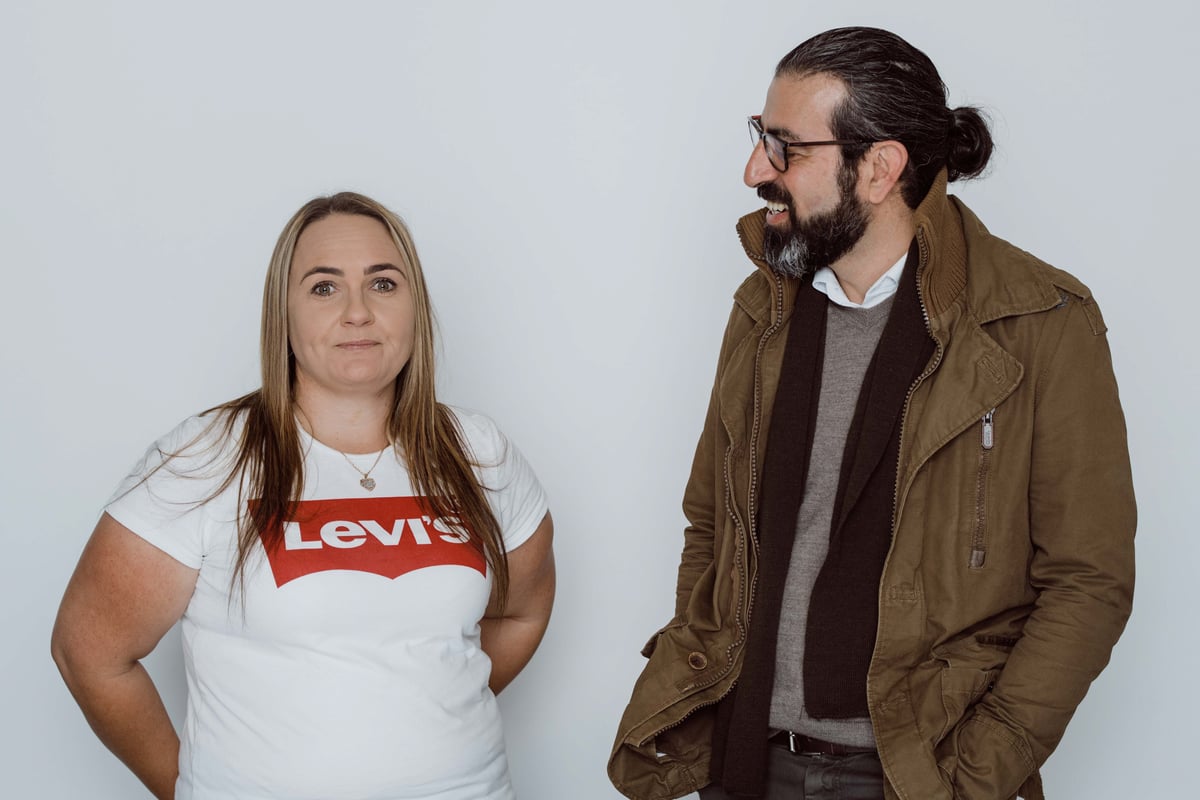 But Reza's job isn't just working with families out on the field. There's a lot of writing and record-keeping to be done behind the desk.

"Everything we do is recorded, so there's lots of record-keeping and admin to keep up with. If we're at court and we're writing affidavits, we're requesting materials from different agencies, we're speaking to parents about where they are in the whole court process, we're identifying whether children can be restored... there's quite a number of things we do."

Caseworkers also use tools like 'risk assessments' to help determine whether a case can be closed.

"When we feel like the parents are able to maintain the routines that are important to keep children safe, then we can close."

However, getting to that stage can require a significant amount of work from parents.

For Reza, it's particularly challenging to see parents who want to change but don't know how.

"I think the hard thing is to see parents that are stuck in a routine or a pattern of behaviour that doesn't really serve their children, but they don't know how to get out of it. So this pattern of struggle is really challenging to see as most parents want to do the right thing for their children. They want to have a better life.

"You hear quite often, 'I don't want them to have the life that I had.' And yet that life is repeating itself."

It's this cycle that motivated Reza, a former psychotherapist, to get into child protection in the first place.

"I think if children can have a good life, they make great adults and great adults create great families... And if we're able to intervene or interrupt the cycle, then we create a better society. And so there's some motivation around doing my 'bit' for society."

That said, Reza tells his friends "it's not a job for everyone".

"If you can do it, then do it... because it's very rewarding. But it's also very taxing."

Speaking about the mental toll of the job, Reza says he's encountered some confronting experiences that have stuck with him over the years.

"Any sort of incident where a child has been harmed or physically hurt is really confronting and it gets even more impactful the younger that child is. So when we see babies with fractures, broken bones, that's really, really impactful. I don't think that anyone deals with that really well," he shared.

"[Also], most of what we know what we see is going to have an impact on this child's life, either in the next five years or in their adulthood. And we walk in with the knowledge that that's going to happen, so that's also really, really confronting."

As such, Reza says self care and looking after your mental health is key to staying in the role for a long time.

For him, that means having some quite time on the drive home to unwind after a hard day.

"My drive home from work is always sort of my quiet time and that's where I just let the day sort of fall off me. And then if I've had a particularly challenging day, I'll probably spend a little bit more time by myself before I come in and interact with my family."

But despite the challenges, the job is also filled with moments of hope, which Reza says are important to hold on to.

"For example, you're working with a young man who's had children removed in the past because of poor relationship choices and substance use issues and significant trauma history as a child... When that man says to you, 'I just want to be a parent. I just want to be the best parent I can be.' You know, that's a moment of hope.

"That's a moment where you go, 'Alright, I hear you. What do we need to do so we can make that dream happen?'"

"They're the sort of moments we live and work for - when parents get it, and they want it to be different."

Of course, there are other heartwarming moments too.

Reza says the kids he works with have also left an impression on him over the years.

"You never forget the kids who work with you, they leave imprints on you that lasts for a long time."

Reflecting on his job, Reza says he'd like the public to have more of an open mind when it comes to child protection.

"I'd like them to understand that there's a reason for parents behaving the way they do and sometimes those reasons are no fault of their own."

"And so it's really important to support parents and help them understand what safety looks like, what care looks like, and what good parenting looks like. Otherwise, we're stuck in a cycle of intergenerational trauma and we can see what that's done to our society already in some marginalised groups."

He also invites everyone to watch The Department and "make up your own mind around what you think's happening".

"I think the documentary gives you a good insight into some of the challenges we face on a daily basis... This is a really major issue for our society and we've all got to chip in to sort it out."

The Department is available to stream now for free on SBS on Demand.

Reply
Upvote
2 upvotes
The people who are working in this system are the ones who help pick up the pieces when the children’s parents/families cannot care for them. It’s not a job most people could handle. I’ve seen it first hand when volunteering for a foster care agency that placed children with disabilities. Disabilities caused by neglect, abuse or the effects of alcohol & substance abuse while they were in-utero. I was once triggered by a case that was so bad I had a full blown panic attack. I was only there 1 day a week so if someone can do it as a career, we have to nurture them too. They do incredible work and I’ve never met a less judgmental group of people in my life.
News
General
Opinion
True Crime
Politics
Sport
Explainer
Entertainment
Celebrity
Reality TV
Movies
TV
Books
Rogue
Royal
Lifestyle
Beauty
Fashion
Weddings
Home
Wellness
Health
Fitness
Travel
Food
Parents
Before The Bump
Pregnancy
Baby
Kids
Teens
School
Parent Opinion
Work & Money
Money
Finance
Career
Lady Startup
Relationships
Sex
Dating
Separation
Friendship
Family
Real Life
Couples