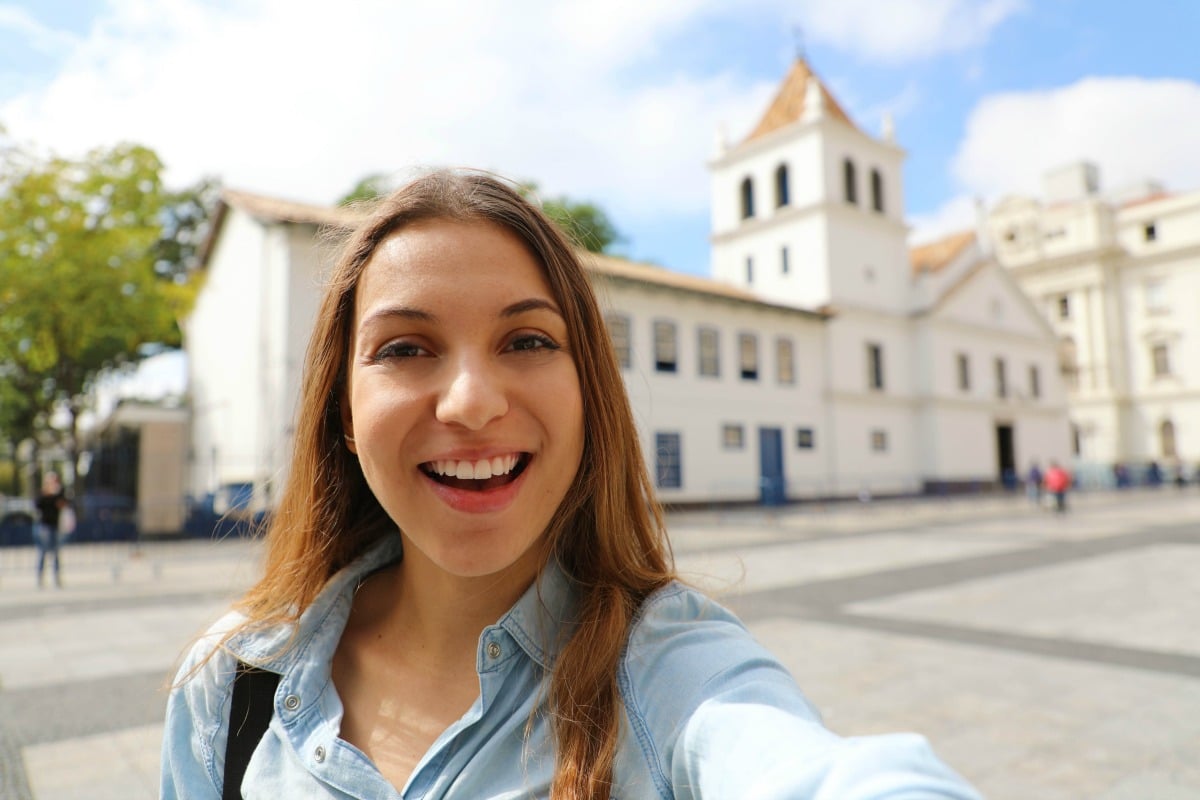 After a very early train trip three hours north and a full day on my feet, I was shattered and the thought of heading out to a work party was draining. But I couldn’t miss it. It was the reason I’d stuck my hand up as the PR rep for the medical trainees conference in the first place.

It was for all the cute, young doctors I was going to meet, and not just any medics either... junior gynaecologists!

Walking into the welcome drinks with a name tag pinned to my chest, I felt completely out of place. Among a room full of intimidatingly intelligent young medical minds, I knew just one other girl, a colleague who had helped me lug a life-sized cardboard cut-out of an Instagram frame into the taxi for social media content.

Watch: All the interesting ways women can reach orgasm. Post continues below.

But the Insta gimmick was a great ice breaker and I soon got chatting to a couple of the girls. As the prosecco flowed fast and free, talk turned to gossip when a certain doctor walked into the room and these medical professionals fell apart.

Breaking out in giggles, the girls glanced at each other, eyeing off the new arrival as I turned my head to check him out.

Tall with a goofy smile and hair that stood upright, the newcomer wasn’t traditionally good looking but kind of cute in a geeky way.

"That’s Elliot," my new friend whispered in my ear. "He’s on the trainees committee and kind of gets around at these things."

"I slept with him at last year’s conference," she laughed.

I peeked back for another look. He just didn’t seem like the type. I couldn’t imagine him getting up to no good.

The party took off after that as we made the most of the free bar. After another few wines, we were doing the limbo and I was pulling out my handstand party trick, in a tight black dress.

"I’ve got that dress at home," one of the girls told me. "I wanted to wear it tonight but thought it was too low cut!"

Blushing hard, I downed another glass of something bubbly.

Soon the numbers had dwindled – my sober colleague had gratefully taken off hours earlier – and there was just a dozen or so of us left. Now with much less people in the room, I became more aware of Elliot. Later, he introduced himself to me.

Charming, funny and outrageously flirty, he pulled me in like a magnet, touching my waist slightly while he leaned in to talk over the music.

The group made the call and we headed to a pub down the street. By the time we arrived, the place was packed and we jostled for a drink, Elliot right behind me at the bar. Standing to the side with our G&Ts, the heat intensified and became more suggestive the closer he got.

Finding the group squeezed around a table, Elliot took a seat before pulling me down onto his lap.

“You can sit here,” he murmured in my ear.

Across the room my friend from earlier gave me a knowing raised eyebrow and a beaming smile, nodding her head in encouragement.

While the group chatted around us, Elliot pulled me closer, his big hands sliding up my thighs.

"You’ve got no idea how much I want you," he whispered. "There are so many things I want to do to you."

The heat spread down my body as his hands dipped in between my legs, but I didn’t stop him when he slid them underneath my dress. Settled back in the corner seat with winter coats piled up either side of us, his fingers were hidden from view as they met my black lace g-string and pushed inside.

Gripping the edge of the table, I slowly gasped in, air filling my chest as he began to move his hands in and out, leaning forward to kiss the side of my neck.

I glanced around, but in the haze of drunkenness and a dim lit bar, no one seemed to have noticed what was going on beneath the table.

He kept going, angling his expert fingers to reach up to my clit. It was all too much. I breathed through the pleasure and tried to keep a straight face.

Suddenly be pulled back, his fingers gone.

After a short stumble onto the street, we climbed into the back of a cab and drove to my hotel, his wandering hands making their way under my dress once again.

Arriving at the lobby, I walked more than a few steps ahead of him, well aware there were plenty of my colleagues and senior medical professionals who also had rooms upstairs.

Getting into the lift with Elliot on my heels, the doors had almost shut when a hand shot through, throwing them back open. I looked up to see one of the directors smiling down at me.

"Good night?" she asked, seemingly unaware of my relations with the man not two feet to my left. Elliot was now staring straight ahead, deadpan, our reflections rigid in the silver metal of the elevator doors.

"Yeh, it was fun," I replied, trying to sound sober.

"Well, see you bright and early in the morning," she smiled, exiting the lift on the fifth floor.

By the time the doors had closed, completely this time, Elliot’s mouth was on mine and his hand wrapped around my ass as we rode the next two floors up. We’d barely made it to my room before he pulled my dress off, leaving me standing in just a black lace bra and heels.

Pushing me backwards on to the bed, he unzipped quickly, his trousers falling to the floor as he dropped to his knees and began kissing the inside of my thigh, working his way up. As his tongue reached its goal, I shot my head back, moaning hard, as he used his fingers and mouth together.

He knew exactly what he was doing.