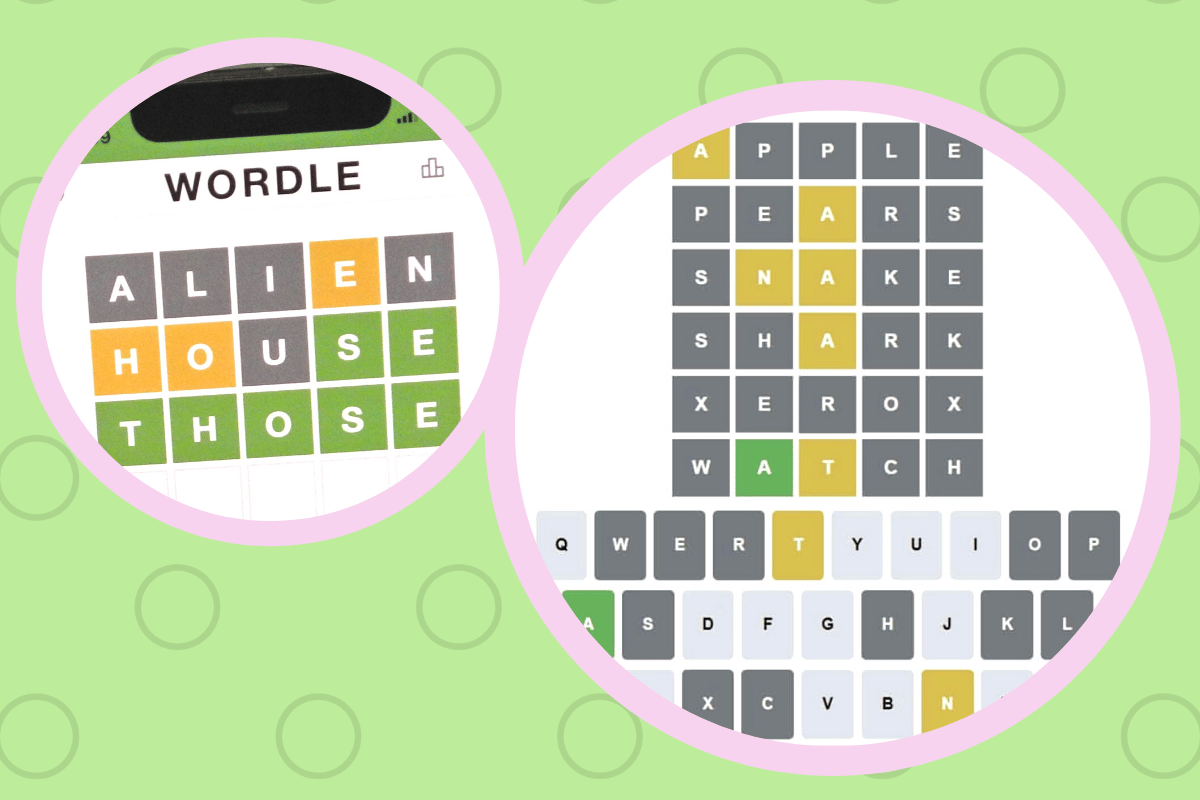 Have you seen the phrase Wordle bobbing around lately and you have no idea what it means?

Or maybe you're someone who is absolutely hooked on the game and loving every minute of it?

Whichever category you fall into, one thing is for sure: Wordle has taken the world by storm!

In just a few short months, this word game played for free on the Internet has millions of users, lots of celebrity fans, and plenty of hype. In a bid to be cool with the times, we've unpacked all your potential questions including what the hell this game is, who invented it, why is it so popular and some simple tricks that can make playing Wordle a lot easier!

So what exactly is Wordle?

Wordle is a word game that provides a daily puzzle comprising of a five-letter word which players have six chances to guess.

The daily five-letter word is referenced as the Wordle, and each guess must be a valid five-letter word. Hit the enter button to submit. After each guess, the colour of the tiles will change to show how close your guess was to the word.

If a tile turns green, it means that specific letter you have guessed is correct.

If a tile turns yellow, it means that specific letter is a part of the five-letter word but you have put it in the wrong spot.

If the tile turns grey, it means that specific letter is not at all a part of the daily word.

There are no ads or flashing banners, it's free (so far), there are no pop-ups asking for money: the design of the game's website is incredibly simple and basic but that's what users love about it. There's nothing pretentious. 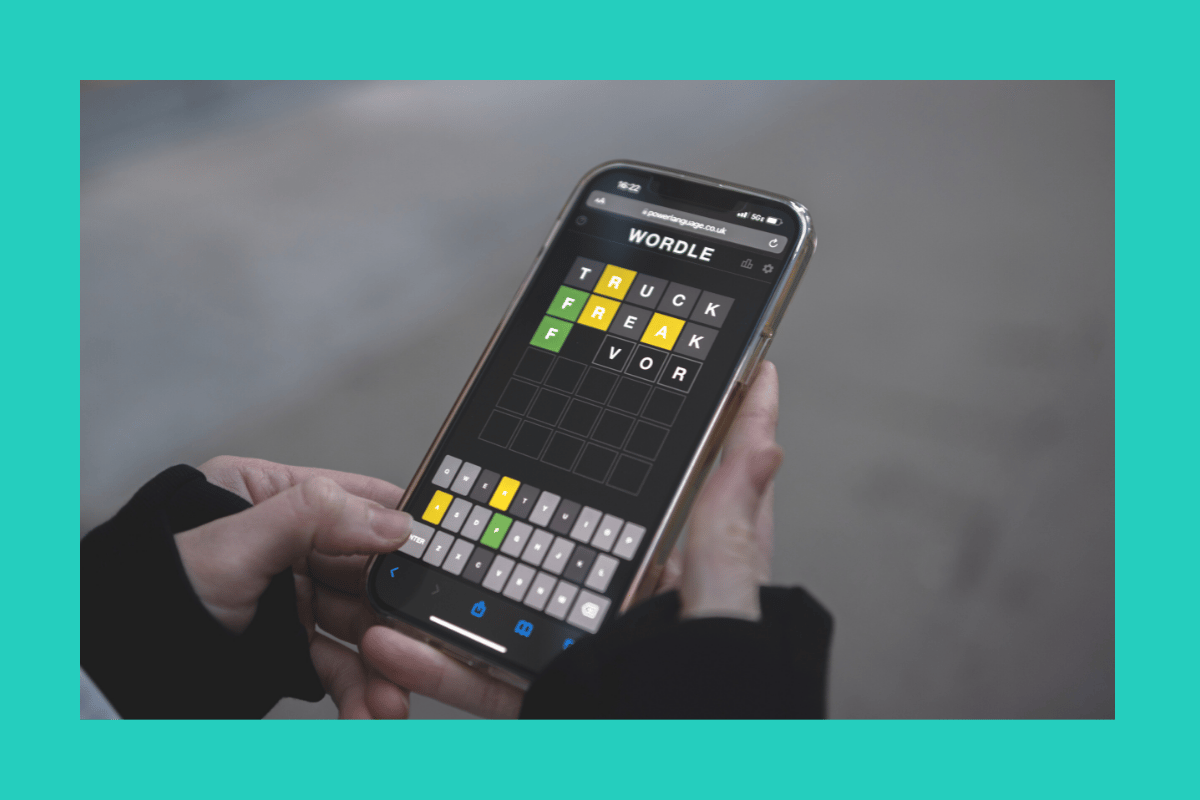 Wordle was created by software engineer Josh Wardle, the game's name a play on the creator's surname.

In a profile interview, Wardle said he knew his partner loved word games, so Wardle decided to create a guessing game for just the two of them.

After a couple of months' fun, Wardle decided to release the game to the rest of the world in October 2021.

In November, 90 people played Wordle. By early January over 300,000 people were playing Wordle.

Now it has millions of players.

Although it's important to note that the concept of the game is nothing new.

As reported by The Atlantic, the recently revived game show Lingo had a similar format and so does Jotto - a logic-oriented word game invented in the 1950s. Not to mention the family favourite board game Mastermind too, which is similar to Wordle in that it's a code-breaking guess-the-colour game.

Wordle is so popular that The New York Times Company just bought it.

Just this week, The New York Times Company bought the game from Josh Wardle. And unfortunately for fans, the newspaper has hinted that it may not be free to play in the future...

Wardle decided to sell the virtual puzzle after it snowballed and became "overwhelming" to run.

Wardle announced the move on Twitter, thanking users for sharing touching stories about the effect the game has had on their lives and relationships and adding that he was "thrilled" about the takeover.

The hit game Wordle has been purchased by the New York Times Company for a price "in the low seven figures," the company said. https://t.co/XZhY6kW3mv

"Since launching Wordle, I have been in awe of the response of everyone that has played. The game has got bigger than I ever imagined (which I suppose isn't that much of a feat given I made the game for an audience of one). It has been incredible to watch the game bring so much joy to so many," he said.

"On the flip side, I'd be lying if I said this hasn't been overwhelming. After all, I am just one person, and it is important to me that as Wordle grows, it continues to provide a great experience to everyone. Given this, I am incredibly pleased to announce that I've reached an agreement with The New York Times for them to take over running Wordle going forward."

The New York Times currently provides games including Spelling Bee, Letter Boxed, Tiles and Vertex, which are behind a paywall.

We reached out to our Mamamia audience to share their thoughts about Wordle and their tips and tricks for the game:

"I always make my first word something that has a few vowels in it. It's then easier to try and work out what the word is that way," says Michelle.

"I use the same word each time as my starting word. Usually either 'image' or 'house'," says Tracey.

"I do love it. Having just one word a day makes it all the more special. I think just knowing that heaps of people around the world are trying to work out the same word makes me feel a little sense of connection," says Merryn.

"The skill part is the most appealing part for me. I struggle when the word is something like 'dines' and you go through fines, wines, vines, mines, etc, to get there. I prefer the skill rather than a guessing game of chance," says Alisha.

"If you get common letters out, for example the word ends in 'ight', rather than trying fight, light, might and potentially losing three guesses, try a word like 'flame' which will immediately tell you if any of those consonants work," says Ellie.

"I am absolutely hooked! I love my morning tea break and Wordle," says Sjaala.

"If you enjoy Wordle and you also enjoy working with numbers, you might like Nerdle. A similar game format and I thoroughly recommend," says Kathryn.

"After doing some research, I found that a mathematician suggested the best first word to use was 'later'. I also saw that a linguist chose 'irate' as a good first option," says Laura.

"Wordle has brought such fun into our household! My husband and I have basically been working from home together for almost two years, throw in home schooling and a limited social life, so trying to kick each other's butt in Wordle each day is a small joy," says Belinda.

"A big thank you to Claire Murphy for recommending it on Mamamia Out Loud. We all love doing it in my household," says Jane.

"I recommend you have a couple of different starting words that include vowels and well-used consonants," says Michelle.

To give the game a go, you can visit the Wordle website to play here. 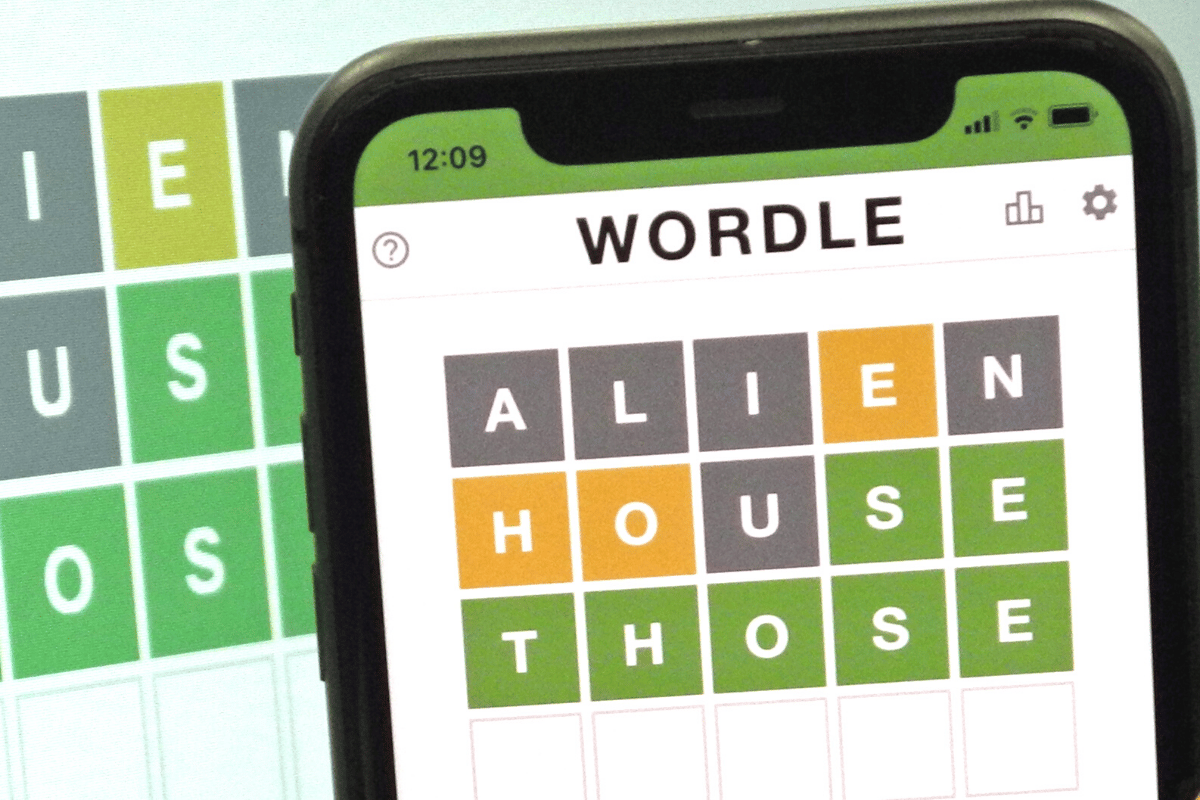 Image: Getty. Are you a fan of Wordle or have any tips you would like to share? Let us know in the comments below!

Reply
Upvote
1 upvotes
I go with whatever is in my heart. Must work, got it out in 2 tries the other day!

Games like that have always been my jam. Love a bit of Master Mind.
P
pauli 4 months ago