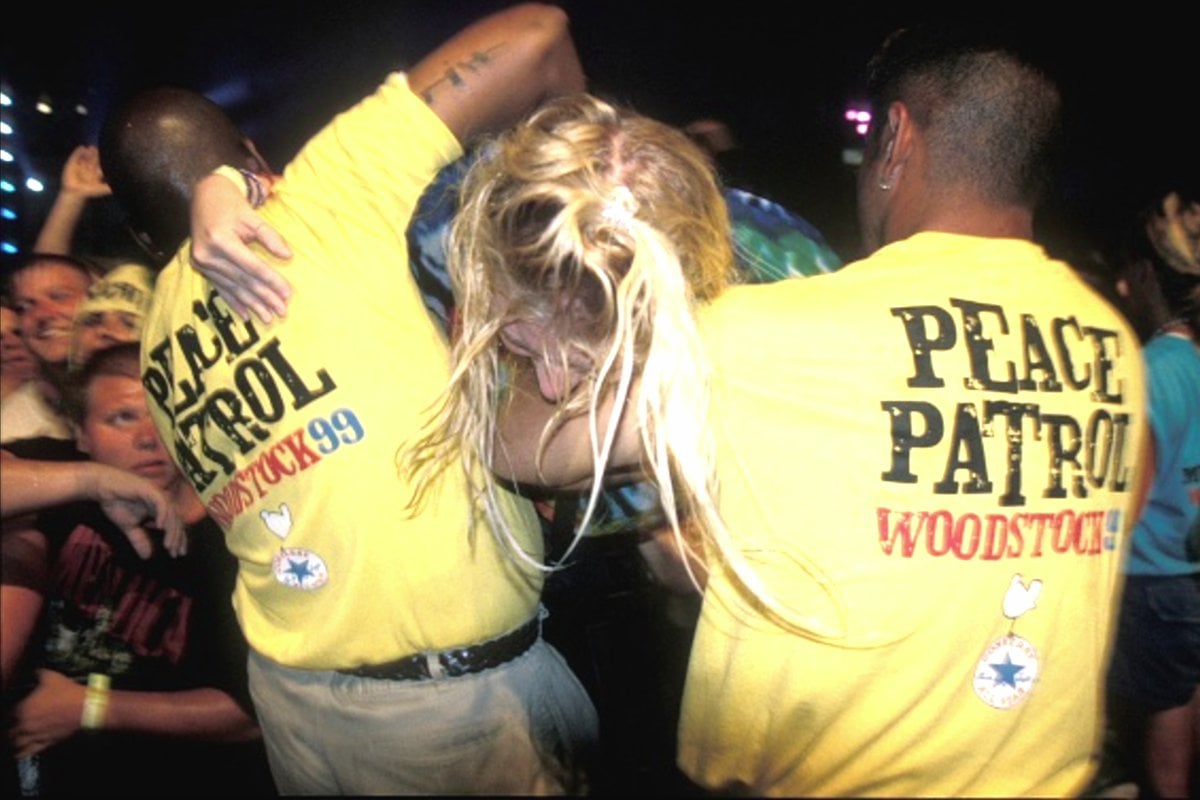 Content warning: This story includes descriptions of sexual assault that may be distressing to some readers/listeners.

Woodstock '99 is undoubtedly one of the most notorious events of all time.

Long before the chaos of Fyre Festival, there was another music festival that garnered shock and horror around the world. In fact, Woodstock '99 turned so sour that the San Francisco Chronicle labelled it "the day the music died".

Thankfully, music was resurrected. But the three-day festival in New York certainly left a stain on the scene. Intended to be a millennium-defining celebration of peace, love and great music, it quickly descended into violence and vandalism.

Netflix's new - and aptly titled - docuseries Trainwreck: Woodstock '99 looks at exactly how things unravelled across three parts, featuring interviews from festival staffers, performers and attendees to reveal the egos, greed and music that fueled a weekend of utter chaos.

The chaotic backstory of Woodstock '99.

The original Woodstock festival in 1969 is regarded as a pivotal moment in popular music history, and one of the key events for the counterculture generation of the mid-60s to mid-70s.

Woodstock '99 was the second attempt to emulate this event, with disastrous consequences.

Five years before 1999, a Woodstock '94 event was held to mark the 25th anniversary of the original event. It was intended to emulate 69's "peace and love" vibe, but it ended in disaster.

Storms turned the festival site into a major mudbath, and more than double the expected attendees turned up. About 350,000 people were present, making crowd control and security plans virtually impossible to maintain. Two people died.

So, there were plenty of bad omens ahead of the 99 event - but the organisers pushed on.

The organisation of Woodstock '99.

Woodstock '99 was held at a former air force base in Rome, in east-central New York State. MTV sponsored the event and also offered a pay-per-view of the whole weekend for $59.95 to anyone who couldn't be there in person.

Most of the event took place on concrete and asphalt, with a more than three-kilometre walk between the show's two main stages.

This was not ideal in the first place - but the weekend was also hit by a heatwave. 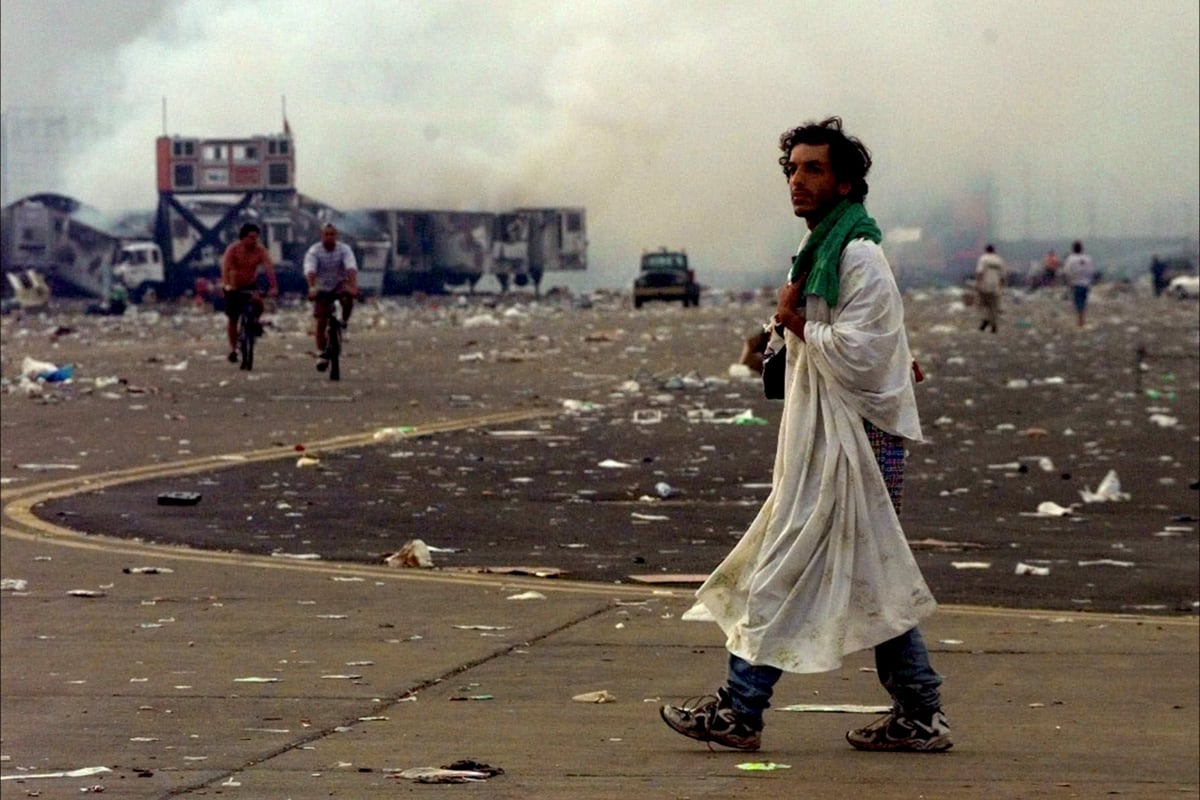 There was very little place to find shade, too few toilet facilities and a pretty solid fencing situation - which made it impossible for people to break into the event, but also made it so they could not escape the chaos.

Water was being sold in bottles for US$4, as people pitched tents on the venue tarmac.

The heat was the first disaster. Then came the aggression.

Among the acts on the line-up were Rage Against the Machine, Red Hot Chili Peppers and Korn. Only three solo woman performers performed over the whole weekend (Sheryl Crow, Jewel and Alanis Morissette) and they were greeted with chants like 'show us your tits' by the crowd.

By the time Limp Bizkit arrived on stage on the Saturday night, the crowd was already unruly. 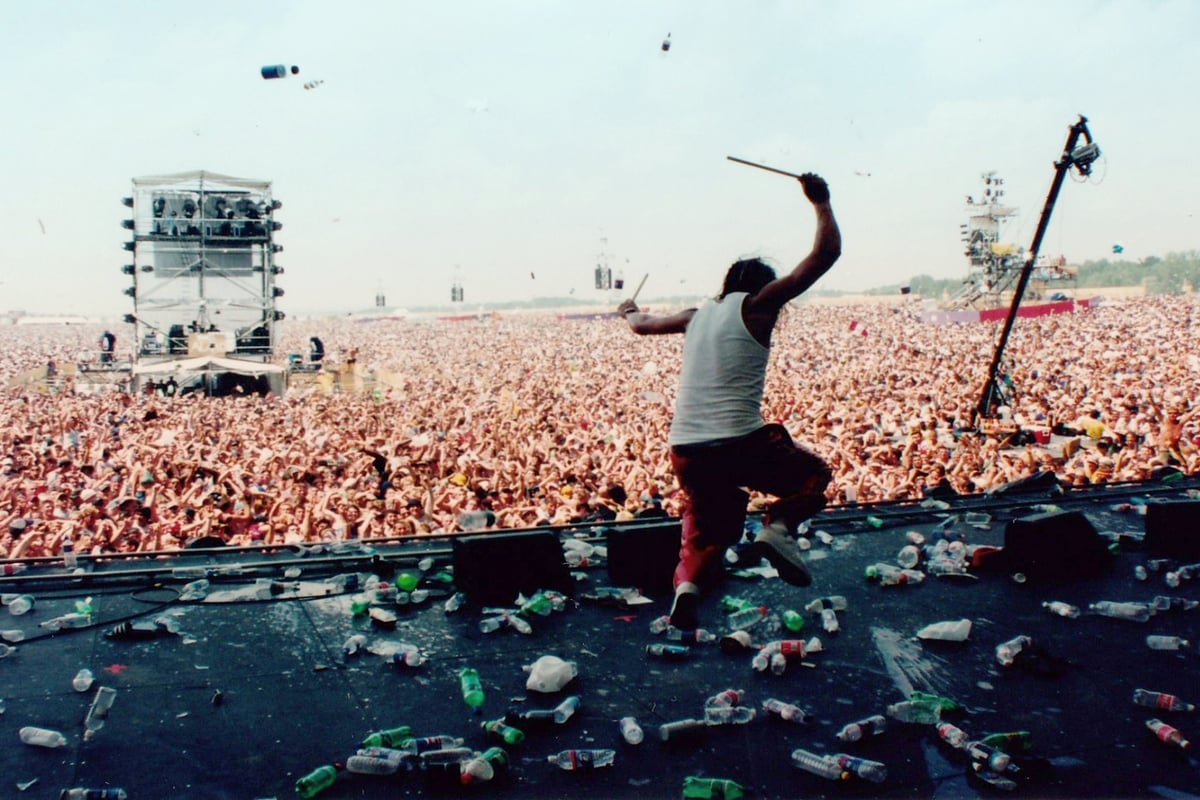 Frontman Fred Durst sung the band's song 'Break Stuff', while those in the crowd did just that.

"It's time to let yourself go right now, 'cause there are no motherf***ing rules out there," he yelled during the set.

The next day, Red Hot Chili Peppers closed out the show. An anti-gun violence organisation had distributed candles, which were meant to be lit during the song 'Under The Bridge' as a political statement, but this just added to the dangerous situation.

The candles were used to start bonfires. After the set, the crowd were told there was a "bit of a problem" when one of the audio towers had been set on fire. 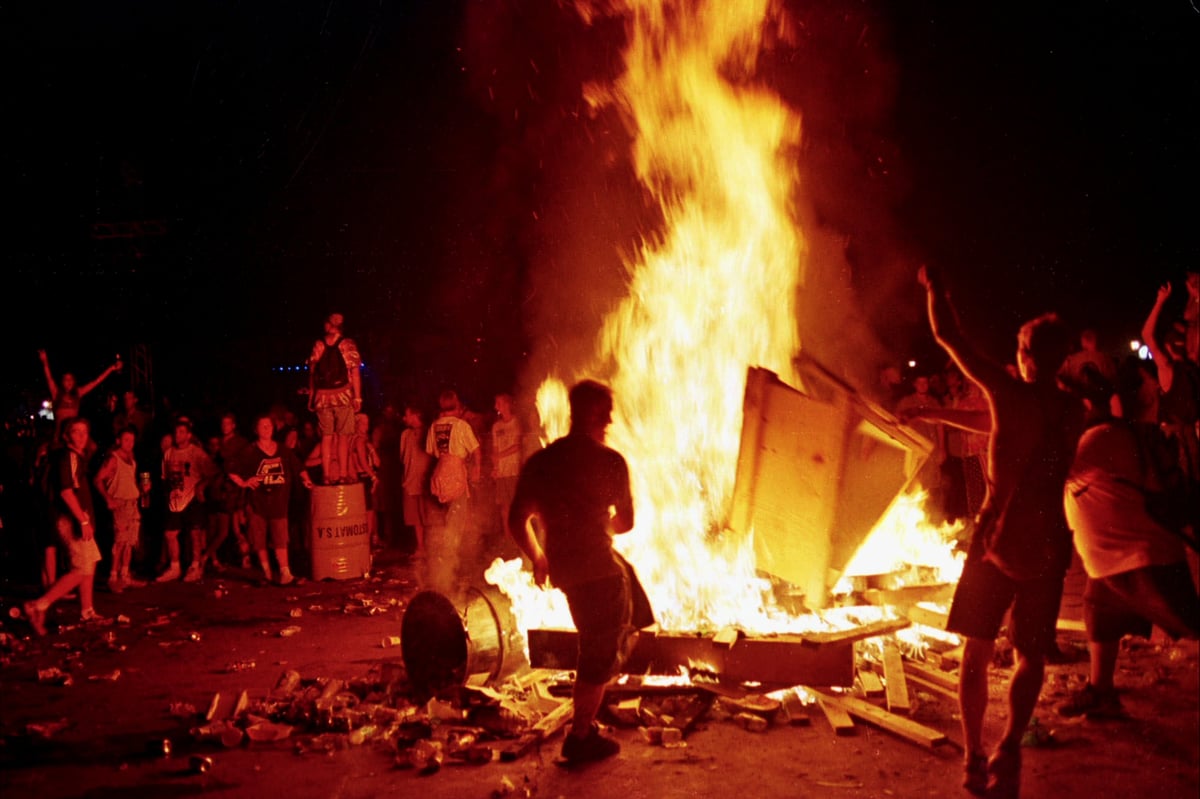 From there, things spiralled even further into looting and rioting.

It was especially unsafe for women. There were five reported rapes, as well as many more cases of sexual harassment and assault, across the weekend. MTV reported that two women alleged they were gang-raped in the crowd during Limp Bizkit and Korn's sets.

And that's just what cameras captured or authorities were made aware of.

In Trainwreck, Fatboy Slim remembered seeing a van in the crowd during his set. Stage manager A.J. Srybnik goes to investigate, recounting that he found a young woman "shirt pulled up over her breasts, pants down around her ankles", with a man re-dressing. She was taken away by ambulance.

Fatboy Slim is told of this during an on-camera interview. He appears truly shocked and horrified.

"It's hideous to think in the midst of all those people having fun and me wanting to make everybody love each other, that was going on under our noses," he says.

Throughout Trainwreck, journal entries from a festival-goer called David DeRosia are used as a narrative device. DeRosia wrote about his excitement for the Metallica mosh-pit, signing off "rock on!". But this ends in tragedy, as DeRosia collapsed in that same mosh. He was transported to the hospital, where he spent days in a coma before dying.

Why it's unlikely that there will be another Woodstock. 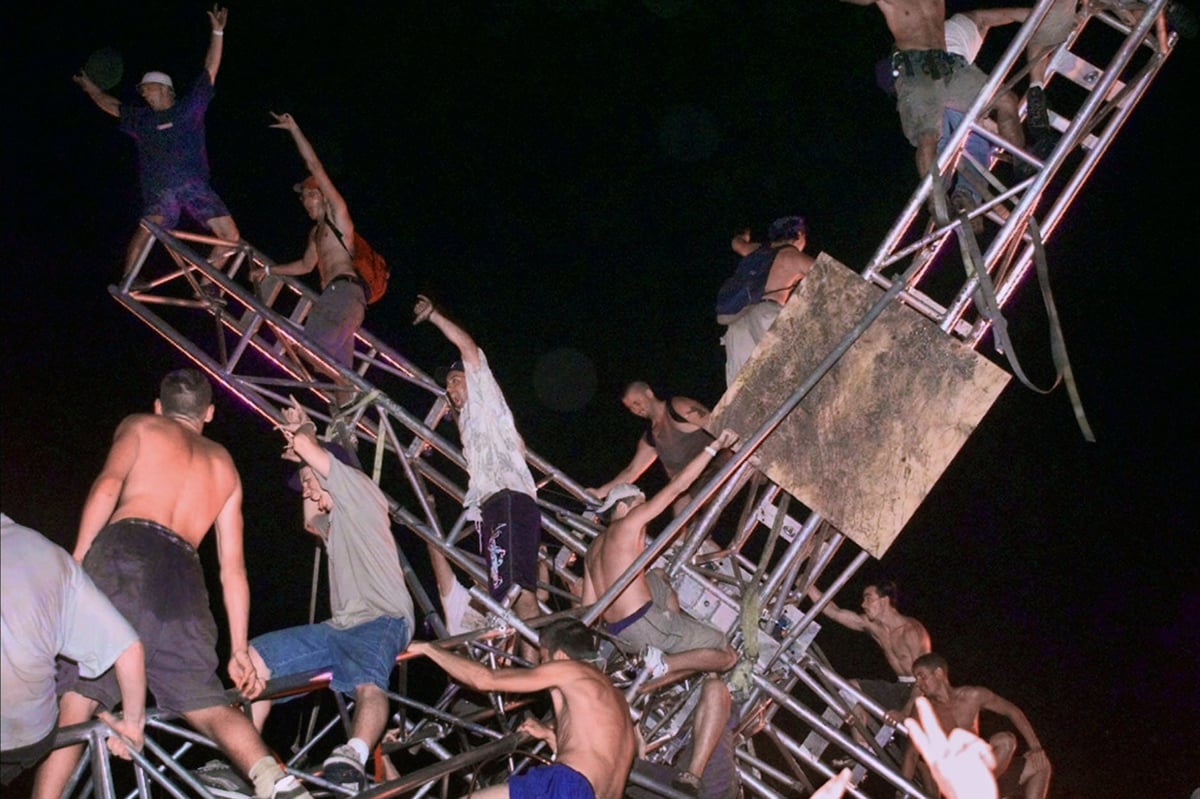 Netflix's docuseries features quite substantial interviews with John Scher and the late Michael Lang, who co-produced the festival, and who still seem unable to take much responsibility for exactly how bad things got.

"You can't vet the people who buy your tickets — you just can't," Lang bemoans towards the end of the series, claiming that he did not hear any reports about sexual assault until after the festival finished.

Lang had plans to hold a 50th anniversary event in 2019, but it was called off just four months before it was set to take place because investors had lost faith in its preparations.

Lang passed away in January 2022 aged 77, from Non-Hodgkin lymphoma.