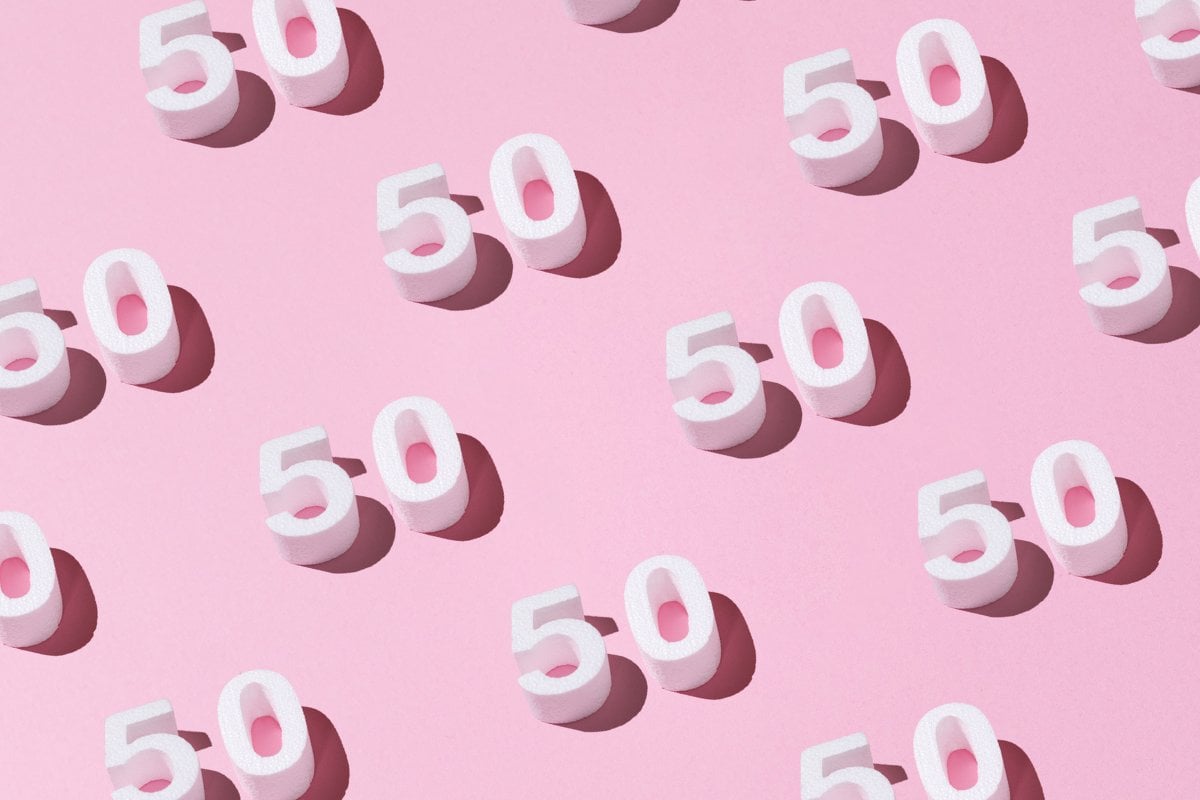 Good news folks, it looks like things don't fizzle out in the bedroom as you get older.

In fact, most women over 50 are up for spicing it up between the sheets.

Mamamia conducted a sex survey where over 1000 women told us about what their sex lives, and it turns out women over 50 are more sexually adventurous than any other age group.

Side note: How are women having sex? The juiciest results from the Mamamia Sex Survey. Post continues below.

And our readers aren't alone.

A 2019 survey conducted by Lumen, a dating app for singles over 50, found that 30 per cent of respondents have become either more or much more adventurous in their sex life as they've gotten older.

Meanwhile, 22 per cent said their sex lives are as adventurous as when they were younger.

Here are just some of the reasons why women over 50 are keeping things fun in the bedroom.

Threesomes and sex toys are in.

Women over 50 aren't afraid to be daring and explore new things in the bedroom.

Meanwhile, 80 per cent of women over 50 use or have used a sex toy before.

And when it comes to what time they have sex, 51 per cent are down to get it on anytime of the day.

Less inhibitions when it comes to body confidence.

Feeling comfortable in your own skin can certainly help boost confidence in the bedroom.

Lumen found that 62 per cent of people over 50 have become more adventurous in the sheets because they have fewer inhibitions when it comes to body confidence.

Listen to Sealed Section, where Psycho-Sexologist Chantelle Otten, as she answers all your sex and relationship questions... big and small. Post continues below.

Yep, your sex drive can change as you age.

10 per cent of people surveyed by Lumen found they actually have a higher libido now that they're older.

It's all about positions.

Sex positions are a great way to help keep things interesting in the bedroom.

Lumen found that sex lasts on average around 25 minutes for people over 50, with missionary the most popular position of choice.

In 2016, Trojan surveyed 2,400 Canadians between the ages of 40 and 59 and found that a whopping 65 per cent of people were very satisfied with their last sexual encounter.

The survey also found that those who were very sexually satisfied were most likely to frequently communicate their sexual likes and dislikes with their partner.

So get talking people.

Yep, your sex drive can change as you age.

10 per cent of people surveyed by Lumen found they actually have a higher libido now that they're older.