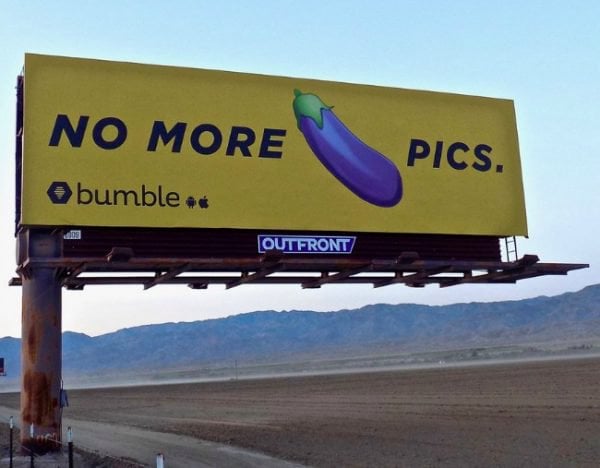 I would never have predicted that I would end up preferring women to make the first move.

Certainly, I’m not averse to it. In my dating life I’d estimate initiative has been shared relatively evenly between myself and the other person. I’m not hesitant to approach someone I like, but I’m also not someone who is supremely confident talking to women.

But preferring to wait and let someone do the hard work to initiate contact?

That contradicts what I have been told my entire life about women being “attracted to confidence”, and “people respond well to someone who is respectful but assertive”.

Waiting for the woman to make the first move flies in the face of a lot of that. Previously I’d be afraid of coming across as meek – something I’ve been told is not attractive, timid – also not attractive, or maybe I would send the wrong signal that I was “just not that into them”.

But online dating changed my mind.

After coming back to the dating world after a longish break, I signed up to almost every site and app I could think of. I’d always avoided internet dating or using apps to meet people, but I was excited to give it a try this time around.

Bumble was recommended to me by a female friend. She said it was the only site she would use as men were far more respectful on there and it led to better dates.

I signed up, a little sceptical. The key difference for Bumble – that women write first and as a man you can find matches but not initiate conversations – sounded like a gimmick to me.

But I quickly found that, on average, it changed the whole tone of the conversation.

A few things jump out straight away. Most obviously, that it’s quite nice not the have to think of the “ice breaker” message.

If someone writes they like ice hockey I’m sure they get 100 variations on “ice hockey is an interesting choice of sport”. But it’s often a struggle to think of anything else. I was happy to let someone else do that for a change.

But the biggest difference was around intent - and that difference changed the whole experience throughout.

From talking to my female friends and observing the amount of messages they get from dating apps it’s clear the online dating scene is unbalanced.

As a fairly normal-looking, moderately career successful, not-boring-but-not-the-life-of-the-party male on these apps I would end up with a dozen or so matches and a handful of conversations in a weekend.

Talking to my female friends who use dating apps, an average female would get hundreds of matches, hundreds of messages, dozens and dozens of requests to meet. And of course there is a smattering (perhaps more) of inappropriate messages and pictures as well.

Bumble has taken a stand on the dick pic problem women face on other apps, banning pornographic material and shouting it from the rooftops - or in this case, a billboard.

So, with Bumble I found the women who wrote to me weren’t just responding to one of 100 messages they had received out of conditioned politeness. Instead they had made a conscious decision that they wanted to talk to me.

That meant the conversations flowed a lot easier and we both gave them our full attention. I’m sure it also meant they weren’t being bombarded with hundreds of responses over the course of a day as well.

Compared to other apps I used, these conversations resulted in more face-to-face meetings and these dates were more fun.

Admittedly I don’t have a huge sample size but the dates I went on that came from Bumble were more enjoyable overall. The women I met seemed more comfortable and open.

I’m not saying I have become a passive passenger during dates now but I’ve replaced my “assertive” and “confident” approach to online dating.

In retrospect, my impatient nature means I used to rush my interactions with people, which I told myself was being “upfront”. I don’t think that approach was terrible - certainly I don’t think I crossed the line into being a bully or rude - but I was severely limiting the sort of people I was open to dating.

The fact I was 35 years old and still in the dating scene is a clear sign that wasn’t working out for me.

Through Bumble I met a different sort of person, on terms that weren’t those I was used to. It took me outside of my comfort zone and I ended up meeting some incredible women who expanded my horizons for whom I'd typically have gone on a date with. It made me rethink my approach to dating.

So now I’m a fan of women making the first move. It’s led to freer conversations, more enjoyable dates, and led me to meet people I wouldn’t normally have met.

Which can only be a good thing.

Are you a guy or girl who uses Bumble? Share your experiences with us below.

More dating advice for empowered women (and guys and girls who like them!)  over at Mamamia's love hub The Buzzword.

Related: Ladies, these are the best Bumble pick-up lines to break the ice.

I asked my hubby out first, as he had anxiety. We were fine after that.

I've made the first move on many many occasions. Guys have had mixed responses to it, but it always warrants them saying something. That something isn't necessarily positive.

Also, a common complaint from guys on internet dating sites / apps is that they will contact the girl and she doesn't return the message. That experience is pretty much universal, has happened to me loads and loads of times.

It's almost like men are individuals and can like different things ;)
Personally i didn't mind it, I guess it mostly comes down to if i liked them or not.

Have also tried online dating with no success, same experience in that I would message a guy and never hear anything back. Pretty much at the stage where I'm giving up on the idea of ever meeting anyone. I'm so jealous of the women out there who attract guys so easily!

I think the main problem is i just suck at picking up hints!
Though there was that time I was at a party, it was winding down and a young lady asked me if i wanted to watch a VHS tape of 'adult' material in her bedroom. That hint i picked up.