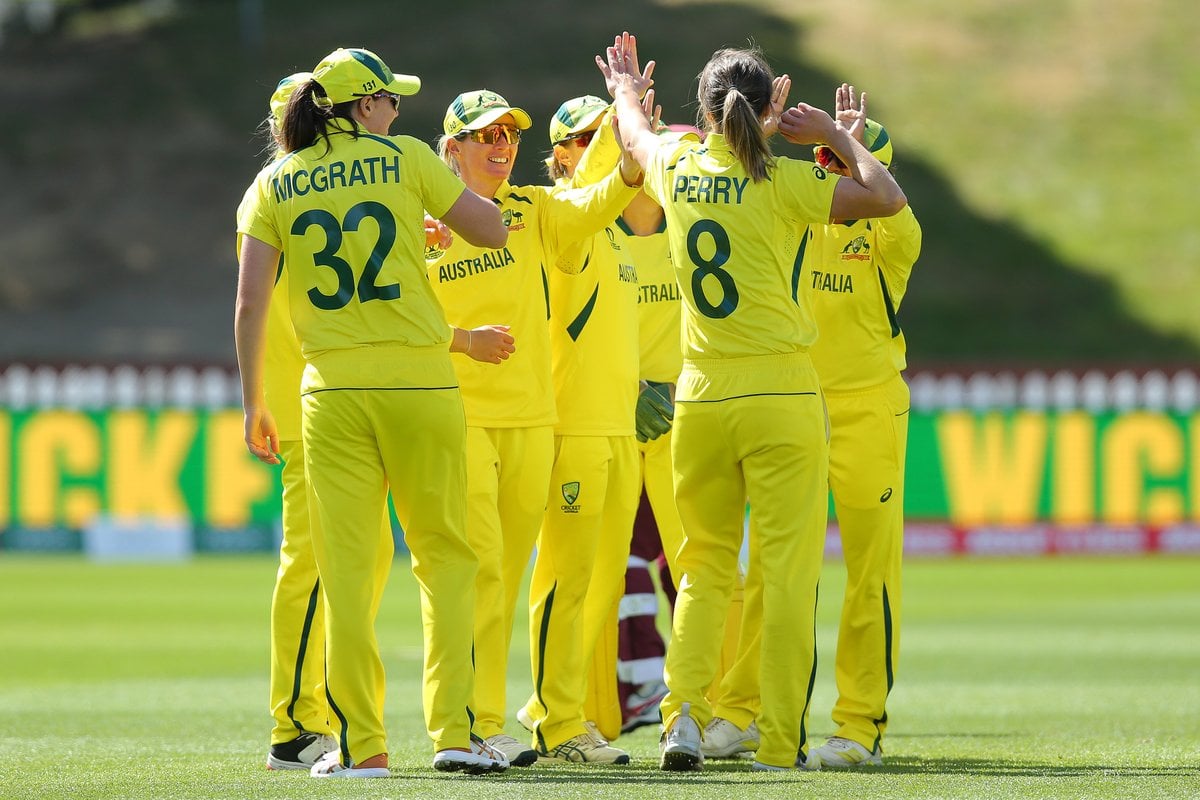 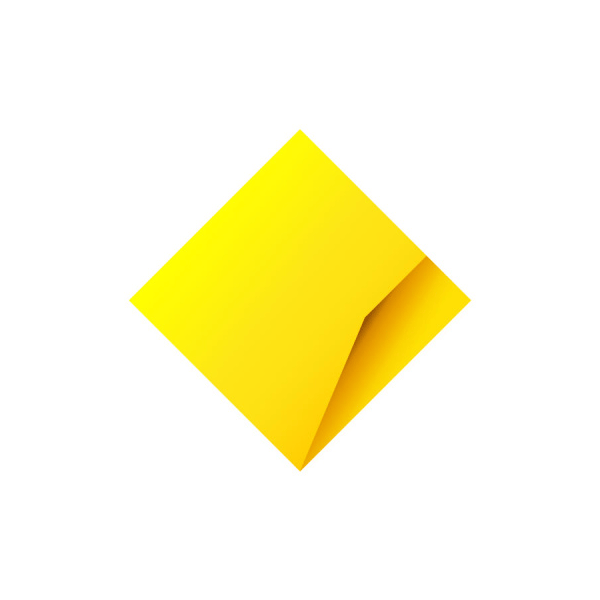 Thanks to our brand partner, COMMONWEALTH BANK

To all of the women in Australian sport, past, present and future.

You don’t know me, but I am one of thousands, possibly millions, of Australian women who spent their early youth sitting on the sidelines.

Whilst my brother dominated on the footy field, I waved my homemade pom-poms in support, doing cartwheels on the halfway line. I helped my mum cut up oranges and cried when they fell short a try to secure them the grand final win.

I wore his uniforms at home to play lounge room football. I could sidestep, banana kick and tackle as hard as a mack truck. I had a fire inside of me that would rival the Olympic torch. But it didn’t matter. I wasn’t allowed to play.

Because I was a girl.

Fast forward 30 years, my daughter has just finished watching the NRLW grand final and is walking out the door to go try on her new soccer shorts for what will be her fourth season on the field.

And it is all because of you, the women in Australian sport, that she can do this.

Because of your persistence, resilience and continuous push for change, game changers like you show her that she can dare to dream.

She doesn’t have to stand back and watch like I did. She knows that she can ride giants, captain Australia and fight like a girl, all the while going to school, being smart and one day maybe having kids of her own. Nothing is off limits.

I never thought I would see the day that patrons would pay to watch women play sport; that women would be paid an actual wage AND secure brand endorsements as professional athletes within male-dominated sports like cricket and soccer.

And as we strive for greater participation, the barriers placed on women in sport have absolutely been disrupted and unpicked – granted, with improvement still needed. Things that I should have had the opportunity to know and do growing up, are now much more of an everyday, commonplace opportunity for my daughter. It is all thanks to you that I have learnt some of the most important lessons of my life. 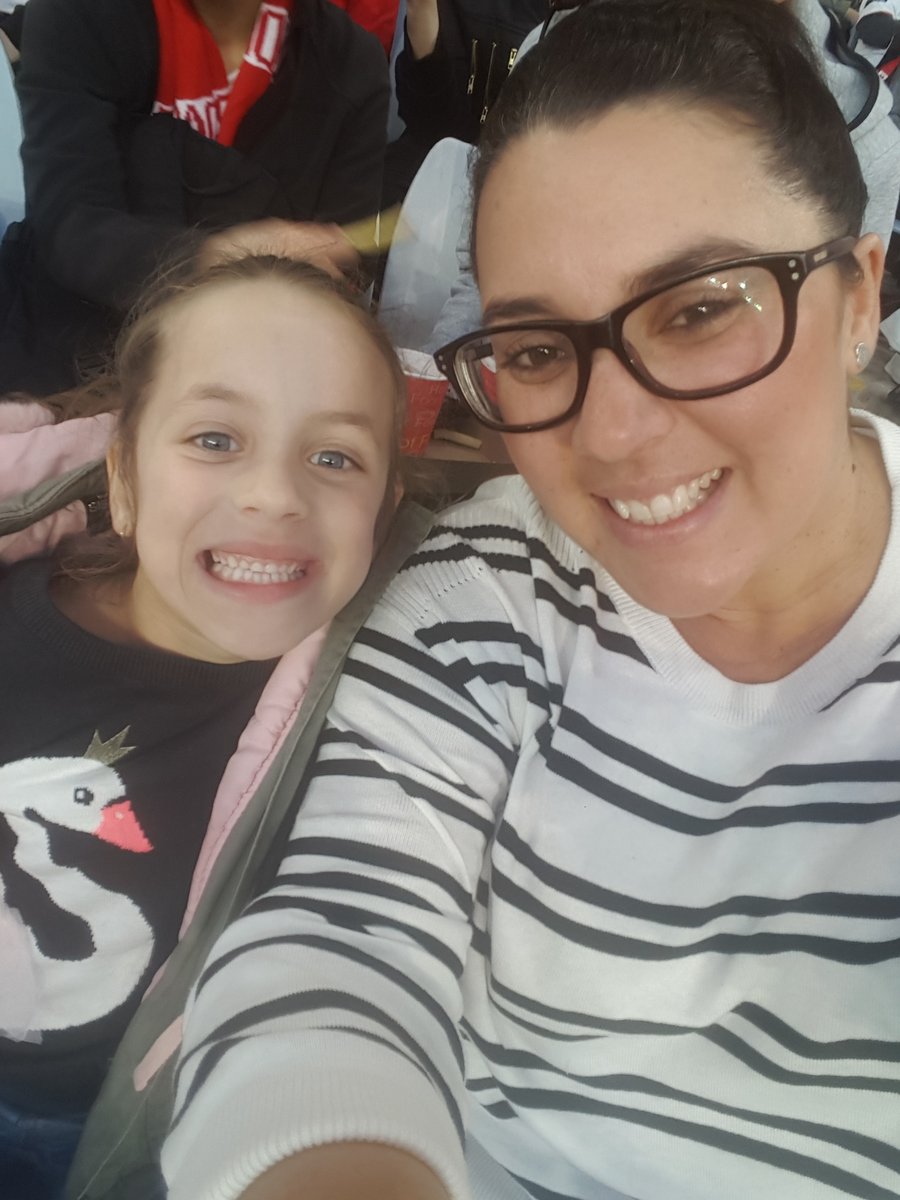 We can be more than one thing.

All too often we’re told that we can’t be a mother and have a career. We’re made to believe that we need to focus on one aspect of our lives and strive for perfection. We’re not to cast our nets too wide.

But then Ellyse Perry burst onto the scene, shattering that stereotype by playing both soccer and cricket at an elite level. Women and girls all across the country realised that they too can do more than one thing, whether that’s sport, career, or extra-curricular activities, no one can put us in a box. 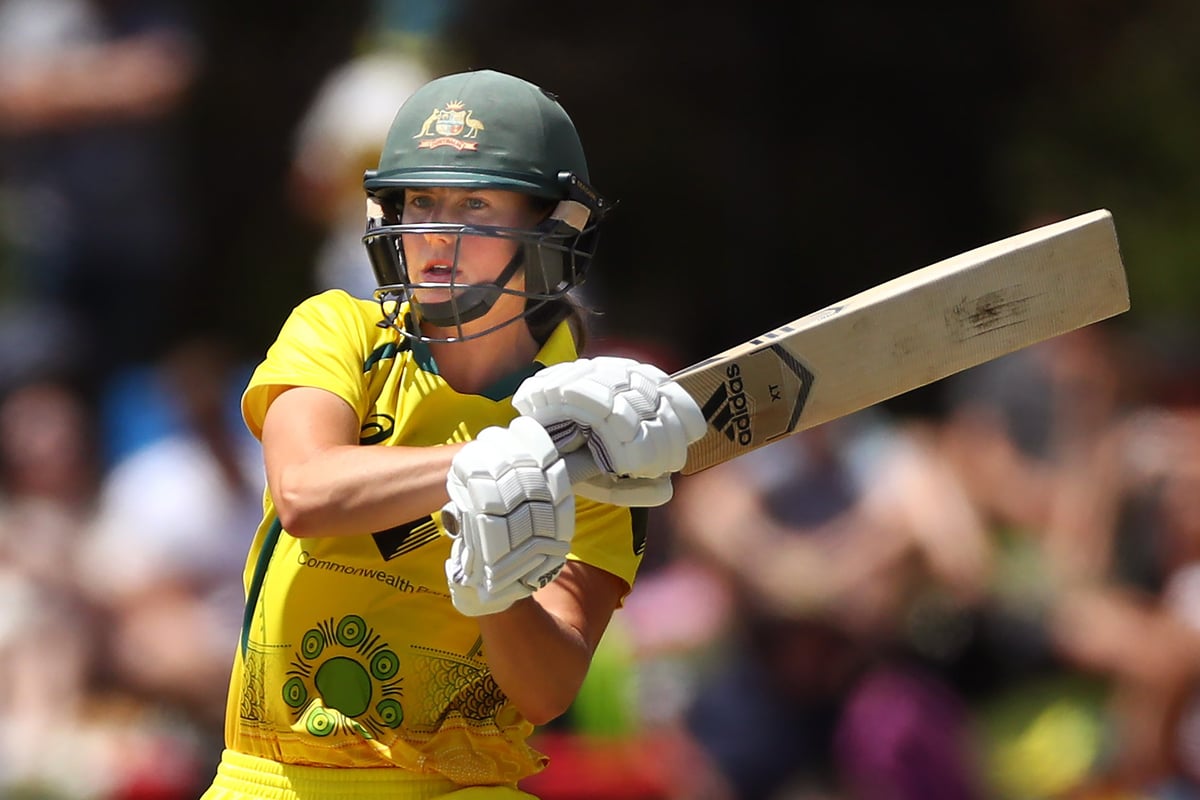 Ellyse Perry at the Women's Ashes One Day International series between Australia and England this year in Melbourne. Image: Getty.

Attendance numbers and viewership rates of these sporting codes increase year on year, however CommBank realises that more work needs to be done to encourage more girls to play sport. This is how the Growing Cricket for Girls Fund started.

The Fund aims to grow the game of cricket in communities for girls with actions such as creating inclusive spaces, encouraging female coaching and working with clubs who are ‘changing the game’ through increasing opportunities for girls.

And then there are the countless female athletes who step out of the limelight to do good in the world through charity work or other selfless activities. You train every morning, go to your day job, train in the afternoon and then dress up for a function in the hopes of raising money for a much-needed cause.

You are all so much more than athletes, providing so many girls and women with the perfect role models – one side of you strives to achieve in your career, the other side of you uses your profile (and kindness) to give back to the community. 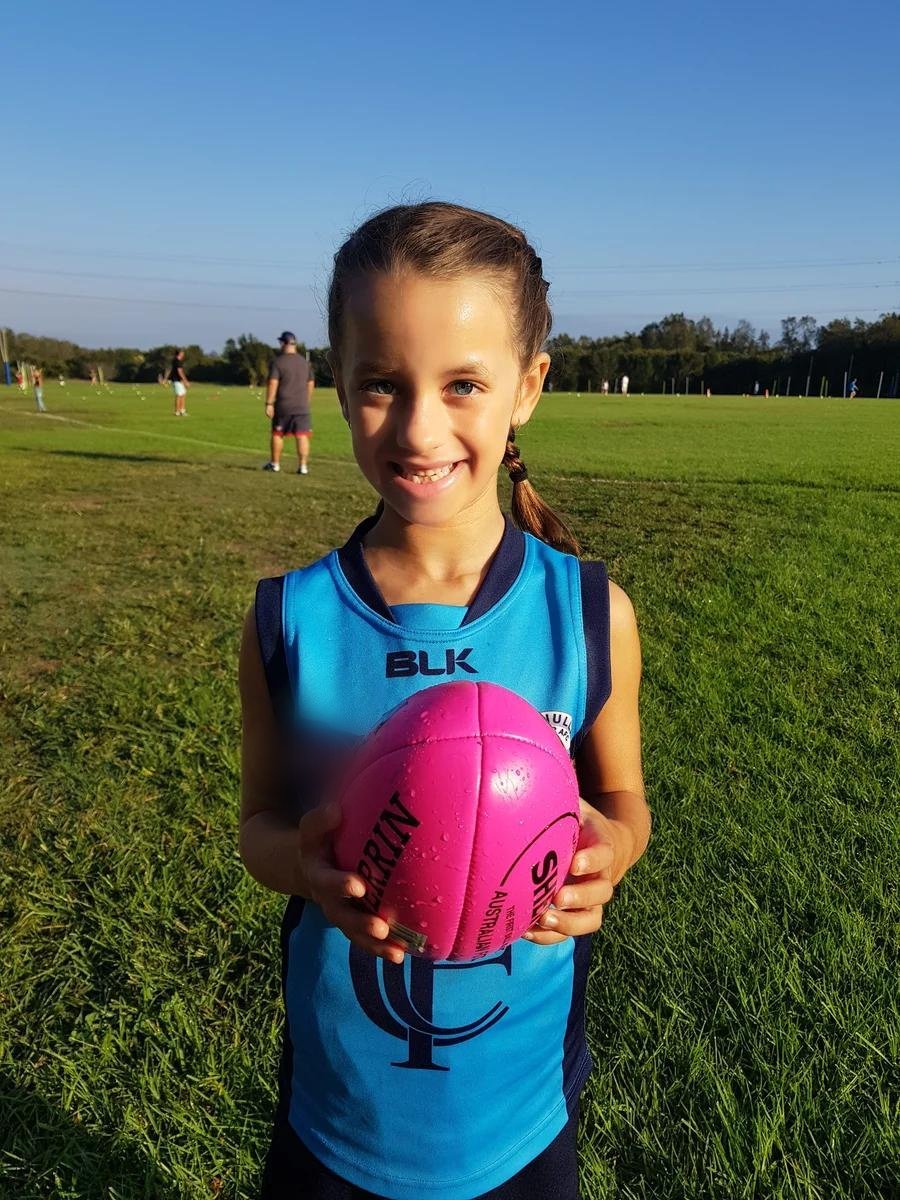 You’ve made me realise that, if I want to, I can play soccer, be a good mum, do macramé, go to work and be bloody amazing at all of them!

I can’t even begin to tell you how often I have wanted to do something but have bailed out because I felt I was too old and unfit. When we moved towns 2 years ago I wanted to start playing soccer again but made excuse after excuse as to why I shouldn’t or couldn’t. Then I wanted to play in the local doubles tennis competition with my hubby but decided my old ankles wouldn’t take it.

The truth is, society has led me to believe that I need to be a certain age (and body shape) to participate in sport. I don’t have a magnitude of issues that prevent me from playing, the fact is, I am just too embarrassed about what others will think of me.

But Ashleigh Sims didn’t care what others thought. After 2 kids and watching her husband’s successful footy career for years, she became a professional boxer and fought in what has been dubbed the most exciting women’s boxing match in history. She’s 33.

Then there’s Carol Askew, who at 73 is the oldest registered women’s soccer player in Australia!

These women made me pick my chin up off the floor and do something I love and for the first time in 13 years, I paddled out on my new surfboard, stood up and rode a wave into shore. And it was glorious.

Speak up when something isn’t right.

Although I am known as being a bit opinionated, confrontation or the opportunity to be harshly critiqued scares the life out of me. Being diagnosed as a perfectionist in my early twenties has stopped me from calling out unsavoury behaviour many times for fear of being unliked or challenged.

When telling my daughter to stand up for herself, I often felt like a fraud but then AFLW player Tayla Harris called out sexualised comments posted on the photo of her kicking a ball. Jelena Dokic experienced relentless fat-shaming and hit out at the trolls, calling for change within the industry.

And how can we forget the amazing tenacity of Erin Molan, taking on the cyberbullies and passing a monumental change through the court system which now sees online offenders responsible for their actions. She has literally made the world a better place.

What all of these women did was not only start much-needed conversations, but give every single woman and girl the permission to speak up, to not allow the unsavoury words or actions of others go unaddressed.

You are creating a movement of self-respect and an entitlement to be treated with respect by others. I’m not sure that there is anything more valuable than this. 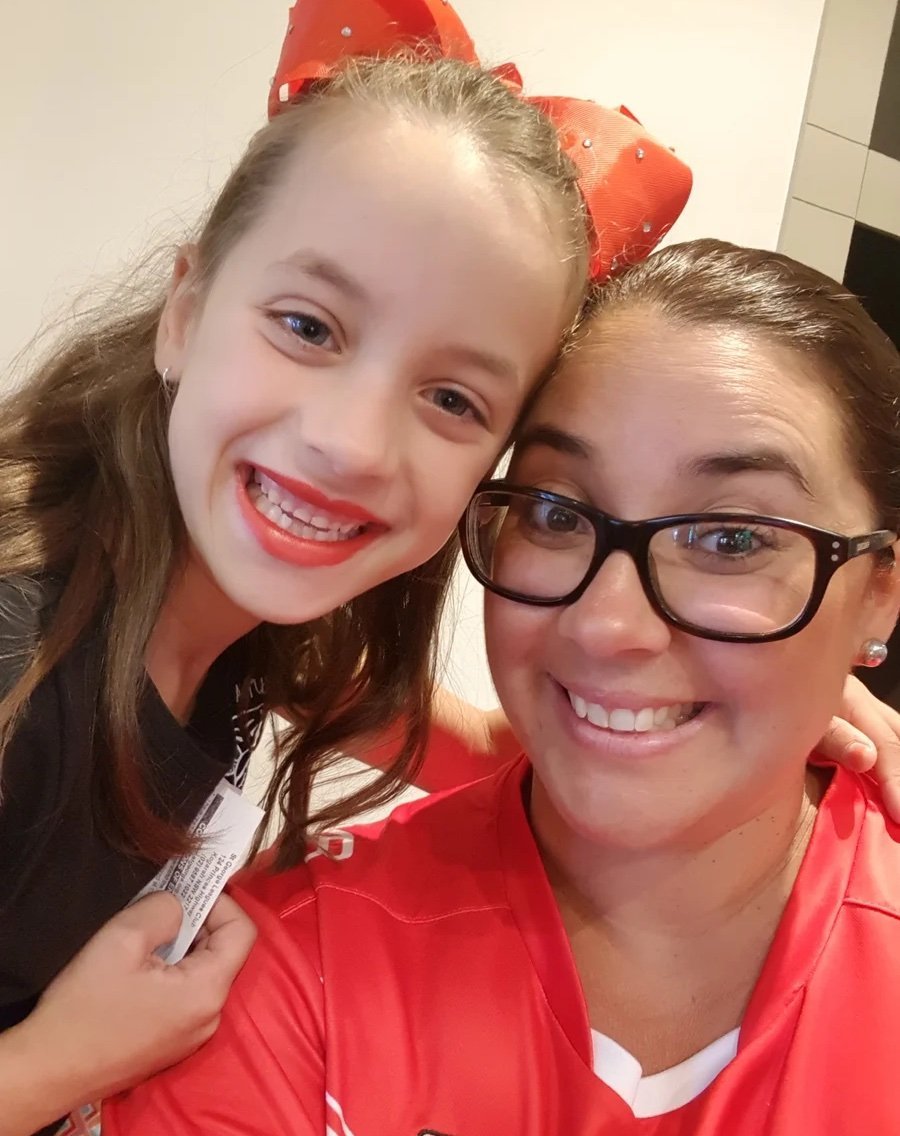 We can side step (or step back) if we want to.

In the prime of her career, Ash Barty stunned the world by retiring from professional tennis. There was much speculation as to why she decided to step back from tennis – was she pregnant? Did she have mental health issues? Did she have a hidden injury?

Because she decided that she was ready to hang up her racquet, people were hell bent on deciding that there just must be something wrong. She couldn’t possibly just want to quit.

But no, there wasn’t anything wrong. Ash was proud of what she had accomplished, ready to close that chapter in tennis, and step into another love of hers: golf. This month, she's just won her first golf title at a local tournament in Brisbane.

And it should be this simple. If we are no longer engaged in a specific sport or would like to explore another, we have the power to evolve. To take a step back from pro to amateur, or even lean into a different sport entirely.

So many women in sport have taken a break, a side step or moved onto something new simply because they were ready to. We have the power to choose, chop and change the sports we play. And that is totally OK. In fact, it’s inspiring.

We can succeed in a male-dominated world.

Male athletes are incredible, there’s no doubting it. But unlike you, they didn’t have to campaign and fight to be seen as a professional athlete in their sports. They didn’t have to prove themselves time and time again to show the powers that be that they were deserving of their own facilities or their own competition.

Belinda Clark, one of the greatest cricket players of our time, was the first woman inducted into the Australian Cricket Hall of Fame in 2014.

In 2019, after years of not being represented on the field, Belinda Sharpe became the first woman ever to referee a first-grade match in the NRL. In 1984 Debbie Spillane was hired by the ABC in a move that saw her become the first Australian woman employed as a full-time sports broadcaster. She paved the way for women like Yvonne Sampson, Emma Freedman and Louise Ransome, all of whom represent the many women and girls who want to do the same thing one day.

Your ability to bounce-back after every knock-back is why we now have the Australian Women’s Cricket Team, the Matildas, the NRLW, the AFLW, the Diamonds, the Wallaroos and so many more wonderful teams, competitions and female sports streams.

You have proven that as women, we CAN make a difference. We CAN work toward change. And we CAN succeed. Being a woman doesn’t make us any less capable or deserving. 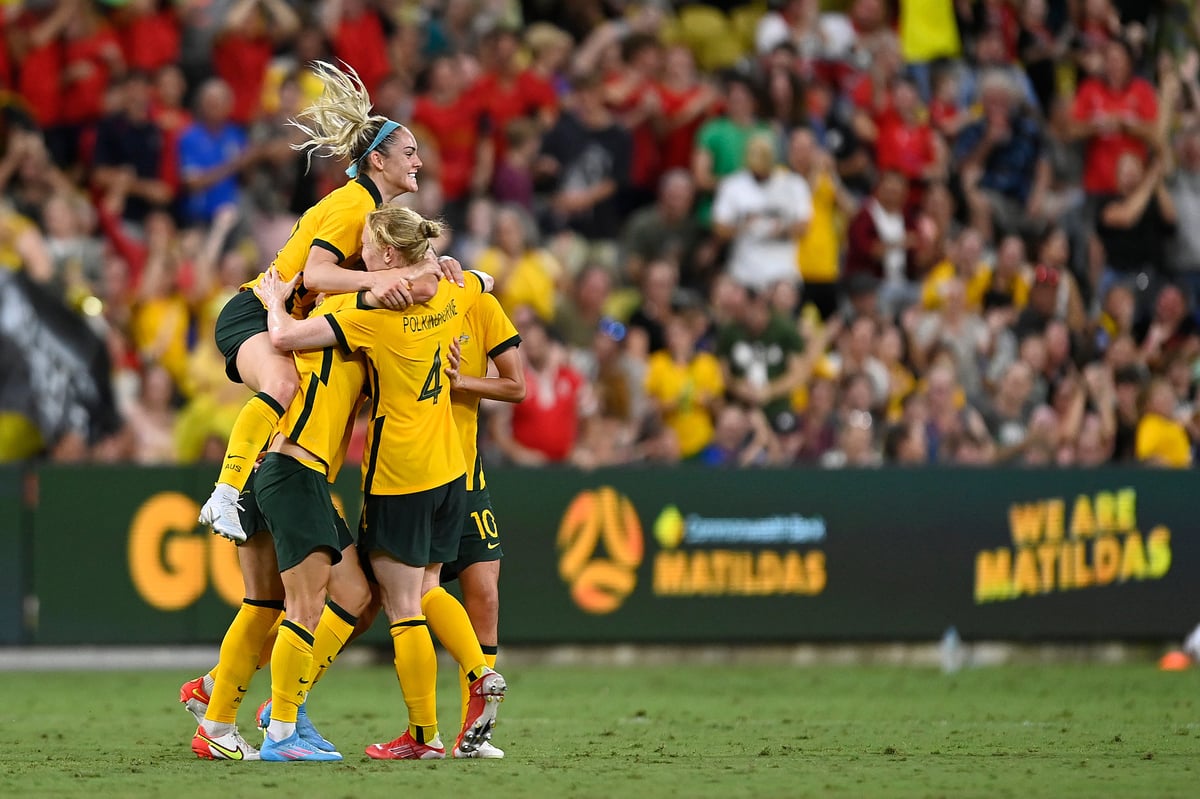 Emily van Egmond celebrates after scoring a goal during the International Women's match between the Matildas and the New Zealand Football Ferns this year in Townsville. Image: Getty.

Just because we can’t have it now, doesn’t mean we never can.

Many sports are still male-focused. While many sports are now balanced in showing equal representation, there are still some sports involving women that don’t offer the same pay grade as men or the same facilities or opportunities.

This is why I keep telling my daughter to never stop training, believing or planning. That what she dreams of now, could be become a reality later down the track. You have given us all hope. 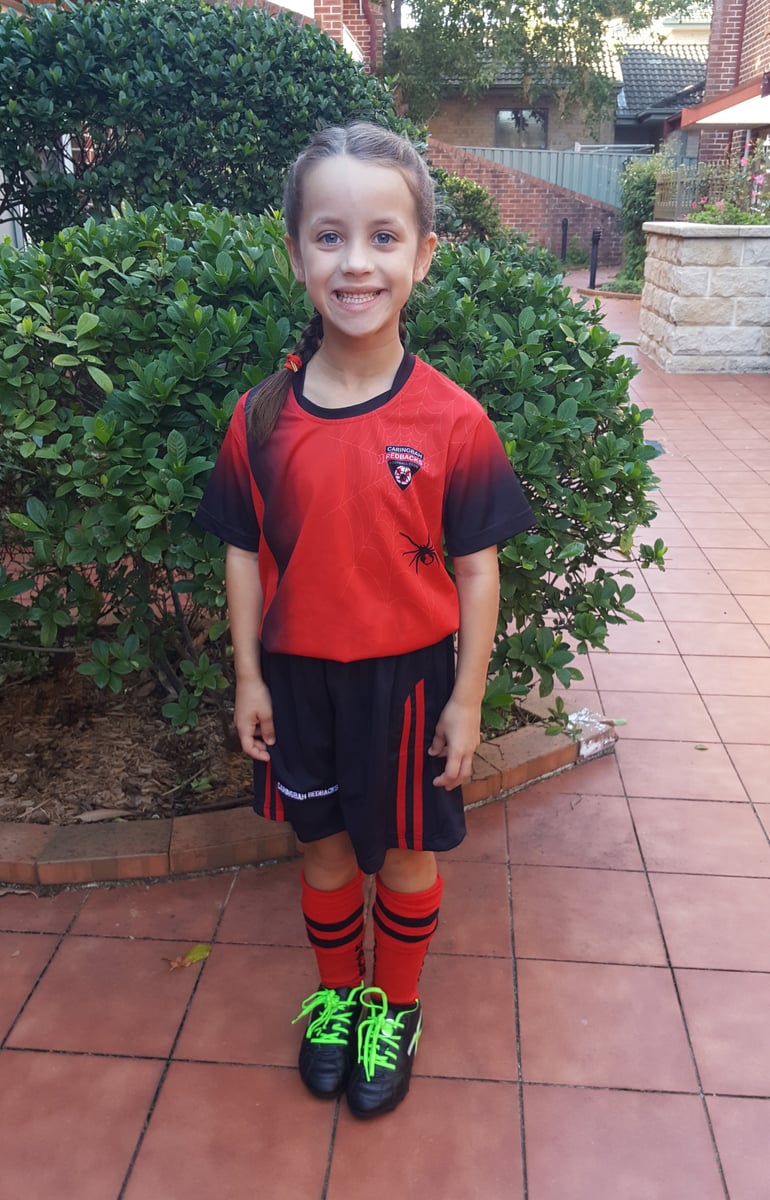 If my 5-year-old self could read this right now, she’d be running down to footy rego with her hair tied up and boots firmly strapped to her feet. And she’d look around and see all the other little girls signing up to play with her.

Although I missed my time as a child, I am so incredibly lucky that I get to experience this feeling of inclusion with my daughters.

Community sport is so important for the mental and physical health of women and girls with the social and friendship aspects enhancing our daily lives. This is exactly why CommBank are striving to encourage more girls to participate in sport, especially cricket and soccer.

They see everything that you have worked for and know that they can be anything and do everything. They have opportunities like never before and this makes me smile and cry all at the same time.

Basically, I just want to say thank you. Thank you so very much.

CommBank is championing those who are changing the game for the better.

See how CommBank are partnering with Australian cricket and football to support the next generation of game changers in women’s sport.