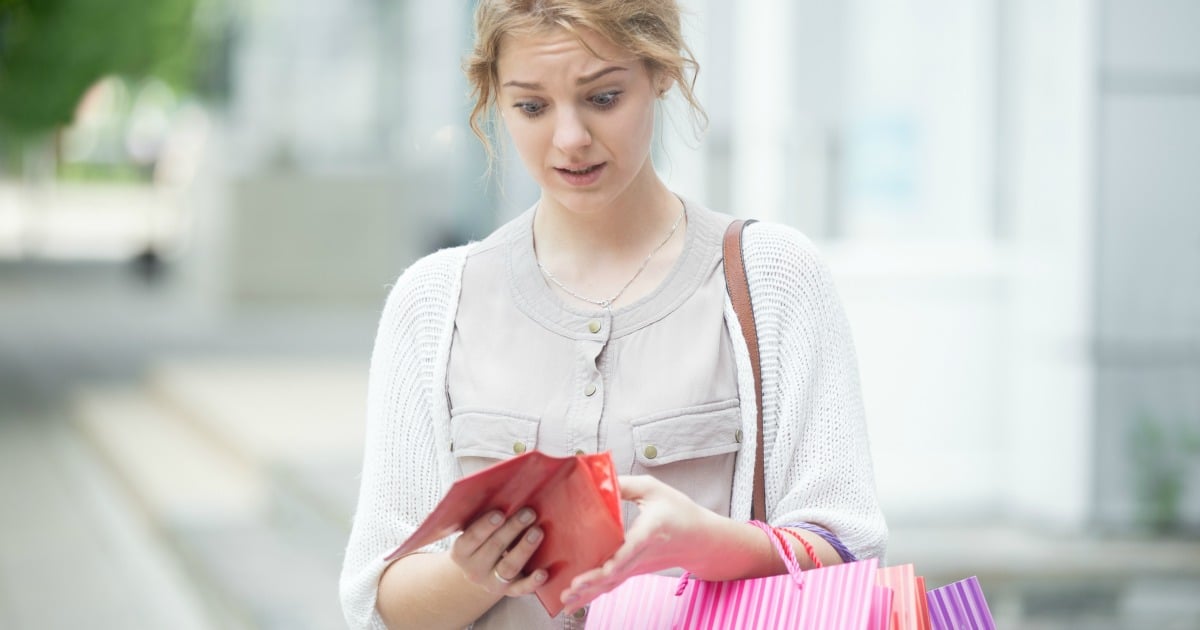 When we were kids, my mother couldn’t afford to buy a house, or even rent one. We lived with my grandmother, and Mum threw what little money she did have behind making sure we were happily clothed, fed, entertained and challenged.

She would do things like take us to Ikea as an outing, so we could play in the kids section and lie on the loft beds and have chats about how we would furnish our home when we won the lottery.

For my mother, money was something to constantly worry about. On pay day we’d do the grocery shop for the fortnight, and she’d buy six hot cinnamon donuts (I think that cost $1.50 and it was the only junk food she ever bought us) for the three of us to share as we wandered the aisles, looking for the best deals.

My mother didn’t have a lot, but she always made sure we had what we needed and somehow managed to find the extra for small pleasures like hot donuts, or a movie every now and then. She was thrifty and clever and organised.

But one thing she wasn’t able to do was plan for her own retirement. She simply didn’t make enough money to put any aside for things that weren’t necessities. And the truth is, when you’re 30 and you’re raising two children, what’s necessary is simply whatever they need. Retirement feels a million years away.

That's a huge difference, and it's the end result of one of the biggest remaining inequalities between men and women. Financial inequality. Financial inequality doesn't just stem from the persistent gender wage gap. But even in 2017 the average full time earnings for women are on average 16.2 percent of what men earn.

There's evidence that this gap begins with pocket money. It continues upon graduation from university, with female grads starting on salaries 9.4 percent lower than male graduates. When all differences between grads other than gender are accounted for, women of the same background and skill level as their male counterparts are still starting on 4.4 percent less.

It's also a product of the way our culture thinks about money. Men are more likely to be in charge of family investments, while women run the day to day finances of the household. According to research by Westpac, in coupled up homes, men are the most likely to have all or most of the responsibility for the decisions regarding investments or wealth. Just 31 percent of women make those long term financial plans for their household. Women take care of the day-to-day, like shopping and bills and men are the big picture planners.

These structural problems are only exacerbated over time, and as women move through life, having children, taking leave to care for children, taking on the bulk of household responsibilities, financial planning and organisation beyond the home, are things that can fall by the wayside.

But we need to be as aware of financial inequality as we are of the number of women on boards or the amount of Academy awards being claimed by the sisterhood.

Because it's financial insecurity that locks women in relationships they want to leave, or prevents them from retiring when they want to, or leaves them without a roof over their heads in older age.

One of the fastest growing groups of homeless in Australia is women over 55. They can't afford the rising rents in our frankly ridiculous housing market, and they don't have adequate superannuation to provide them with financial security into the future.

These women are often people who ran the family home and were responsible for keeping the wheels in motion day to day, but who never really got involved in planning for their financial future. Maybe because they didn't imagine they would be without their partner, or maybe because they simply didn't know where to start, or they thought their superannuation would cover them. Whatever the reason, they do not have what they need.

We need to make sure women have the tools to look after their financial future. That we’re having conversations with our friends, our sisters, our mothers, our aunts about what their financial plan is. How they are going to save for whatever may come.

That’s not just a conversation for women, it's also one for husbands and sons, for bosses and government. We need to make sure we're giving women the tools to look after themselves long term. If not, we’ll never reach equality.

The day I turned 15 I started at my first job. I was determined to support myself as best I could, mostly because I was a know-it-all 15 year old and I wanted the freedom that came with making financial decisions for myself, but also because I had grown worried about Mum supporting us. I didn't want to be a burden, not that she ever made us feel like one.

She turns 60 this year, and thanks to a few things going her way in the past 10 years, her financial future is far more secure than she thought it would be at this point. Retirement no longer seems impossible. My mum is one of the lucky ones. But how much better would it be if luck was no longer a factor.

How are you looking after your financial future?

We would like to thank our brand partner Westpac for the insights that have contributed to this article. With International Women's Day coming up this week, Westpac is committed to helping women of all ages and walks of life achieve financial independence and empowering them to be bold in creating the life they're meant to lead. For more information about how they can help you with your financial situation, head here.

I obviously cannot see the future but I am lucky, very very lucky, that I learnt about super early on and exactly what it meant.
I am lucky that I am in a job that gives women equal financial opportunity.
It is a requirement to continue paying super whilst on any sort of long term leave (which is great) and so that's why I'm still paying my normal wage (as well as salary sacrificing) a fair amount of my maternity leave wage.

A few easy options to consider.
- Have super payments continue while either parent is on the first 6 months parental leave co-funded by the government.
- Have super contributions split equally between both partners funds while they are together.
- Have access to super available to those leaving abusive relationships as emergency funds.

Dipping into super before retirement for whatever reason ( terminal illness excepted) is a sure way of ensuring women never have enough to retire on.

What's more important, having enough to retire on or having access to emergency funds at short notice to leave an abusive relationship?