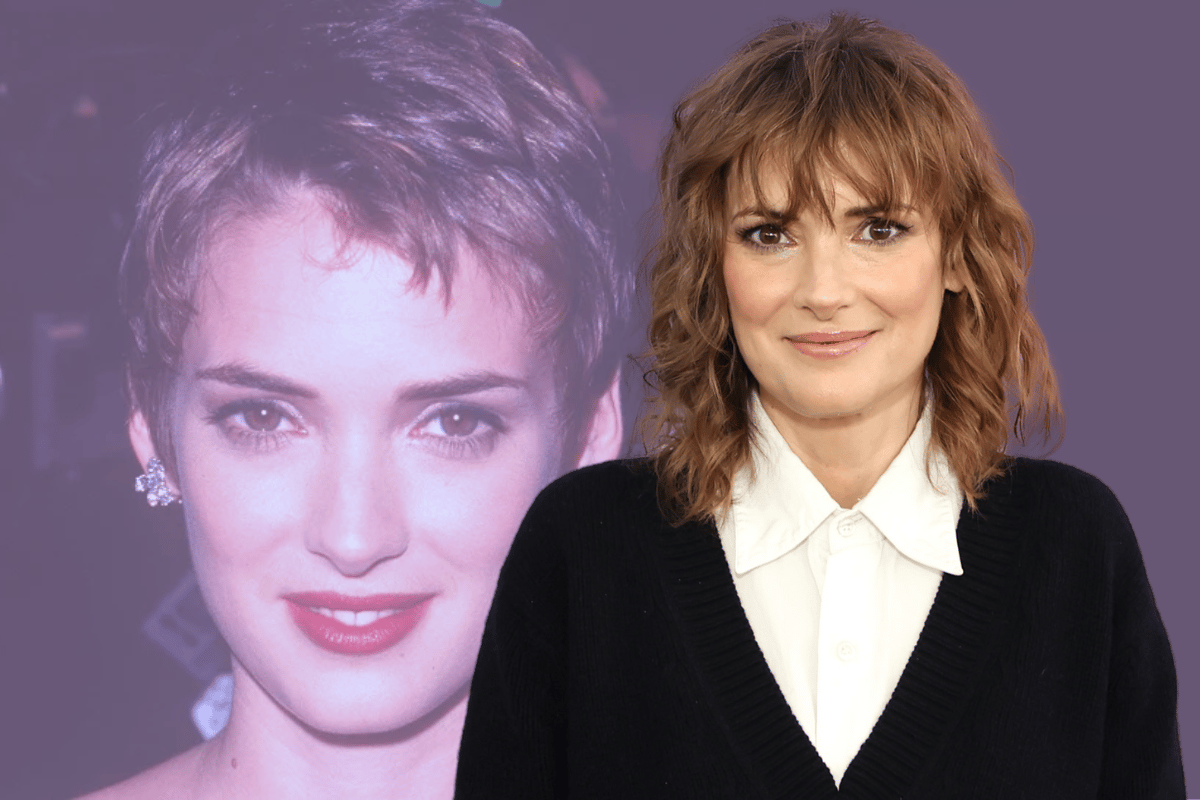 Winona Ryder has experienced a comeback in Hollywood as of late, particularly thanks to her role in Stranger Things. Considering the life Ryder has lived in the spotlight, it's a big deal.

Only in recent years has Ryder opened up about it all - her shoplifting in 2001, the court case that ensued, and why she disappeared from the entertainment industry. But even while opening up, Ryder has said she is still "processing a lot". Namely, she's still figuring out how to deal with fame and all that comes with it.

In a June 2022 Harper's Bazaar profile, Ryder said that her departure from the spotlight was "a very mutual break", decided by both her and Hollywood.

By the time she was 18, Ryder was a household name. Throughout the 90s, the press poured over every detail of her life - her relationship with Johnny Depp, her films, her body, and more.

"I know it's kind of like 'Oh, poor Winona'," she said. "But when you're in pain, pain is pain. But that realisation took me a while. This business is brutal. You're working constantly, but if you want to take a break, they tell you, 'If you slow down, it's going to stop'."

And stop it did.

On December 12, 2001, Ryder was arrested for shoplifting in Beverly Hills, California after stealing $5,500 worth of designer clothing from Saks Fifth Avenue. At the time of her arrest, the then 30-year-old was a household name, with films such as Heathers, Beetlejuice, and Edward Scissorhands under her belt.

After a six-day trial in 2002, Ryder was found guilty of grand theft and vandalism, and sentenced to three years probation, 480 hours of community service, and fined $3,700.

What some may not know is the full story behind the shoplifting, which she has said happened during a time when she was clinically depressed.

She also explained that after breaking her arm, she was overprescribed painkillers, which rendered her "disoriented". The doctor who overprescribed her subsequently had their medical license revoked.

"I definitely retreated. I was in San Francisco. But I also wasn't getting offers. I think it was a very mutual break," she told Harper's Bazaar. 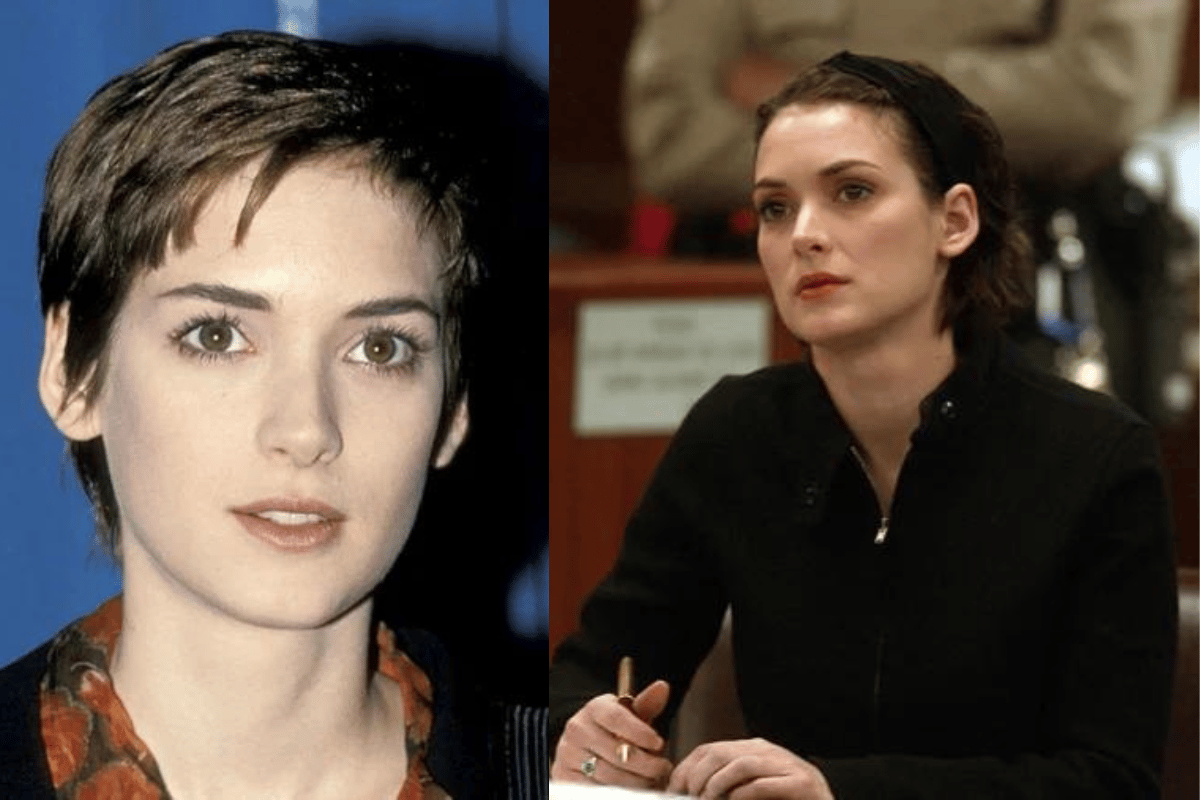 "It's so interesting when you look at the early 2000s. It was a kind of cruel time. There was a lot of meanness out there... And then I remember coming back to L.A. and - it was a rough time. And I didn't know if that part of my life was over."

Reflecting on the break, Ryder said to Porter Magazine in 2016: "It allowed me time that I really needed, where I went back to San Francisco and got back into things that... I just had other interests, frankly."

But once she returned from her hiatus, Ryder was no longer landing leading roles.

She also reportedly lost potential jobs as film companies were not willing to insure her because of her previous legal issues.

"It did slow down. So then you're hearing, 'It's going to be impossible to come back.' And then that changes to 'You're not even part of the conversation.' Like, it was brutal."

Then in 2016 Ryder was cast as Joyce Byers in Netflix phenomenon Stranger Things.

The series features a very large ensemble cast made up of mostly young actors, and Ryder could offer them a unique perspective on fame.

"I want the kids to understand, this does not happen," she told Harper's, referring to being on a TV show that becomes so intensely part of the zeitgeist.

"This is really unusual. And I’m always telling them, 'The work is the reward!' Because when I was that age, it was so hard to enjoy the fruits of my labour."

Show creators the Duffer Brothers told the magazine her guidance had been helpful for the younger cast.

"She's talked to the kids about what celebrity is like and how the press can be and the anxiety and confusion that comes along with celebrity," they said. 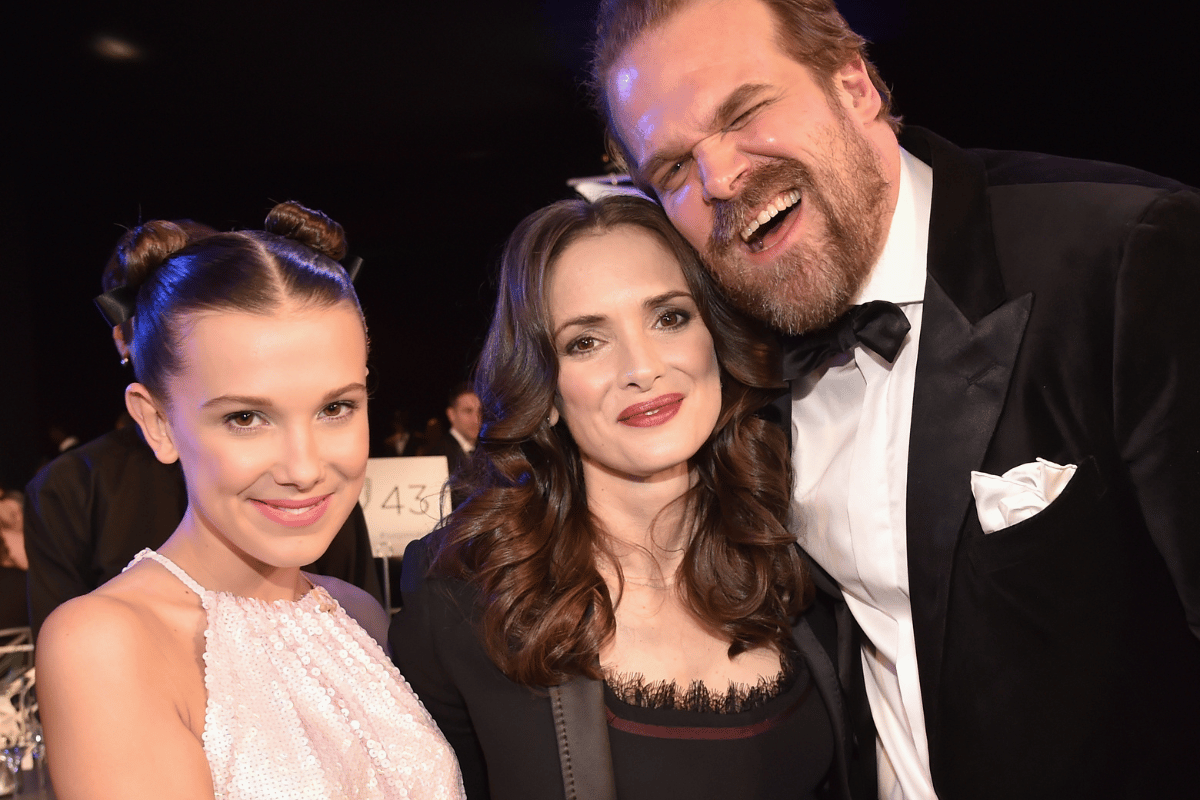 As Ryder noted: "You know, what's great about getting older is you realise that other things are more important than this business! Time is just more precious now."

Ryder is now 50. She knows her age may have had something to do with the lack of roles available to her, because as we've come to understand well, as men in Hollywood age, their on-screen wives, girlfriends and partners often still remain in their 20s.

But Ryder doesn't let it phase her anymore. Rather, she's embraced ageing.

"I love getting older. And I was really excited to turn 40. I feel like the older you get, the more yourself you become, and I think the roles, even if they are smaller, are more interesting," she told The Independent UK in 2013. 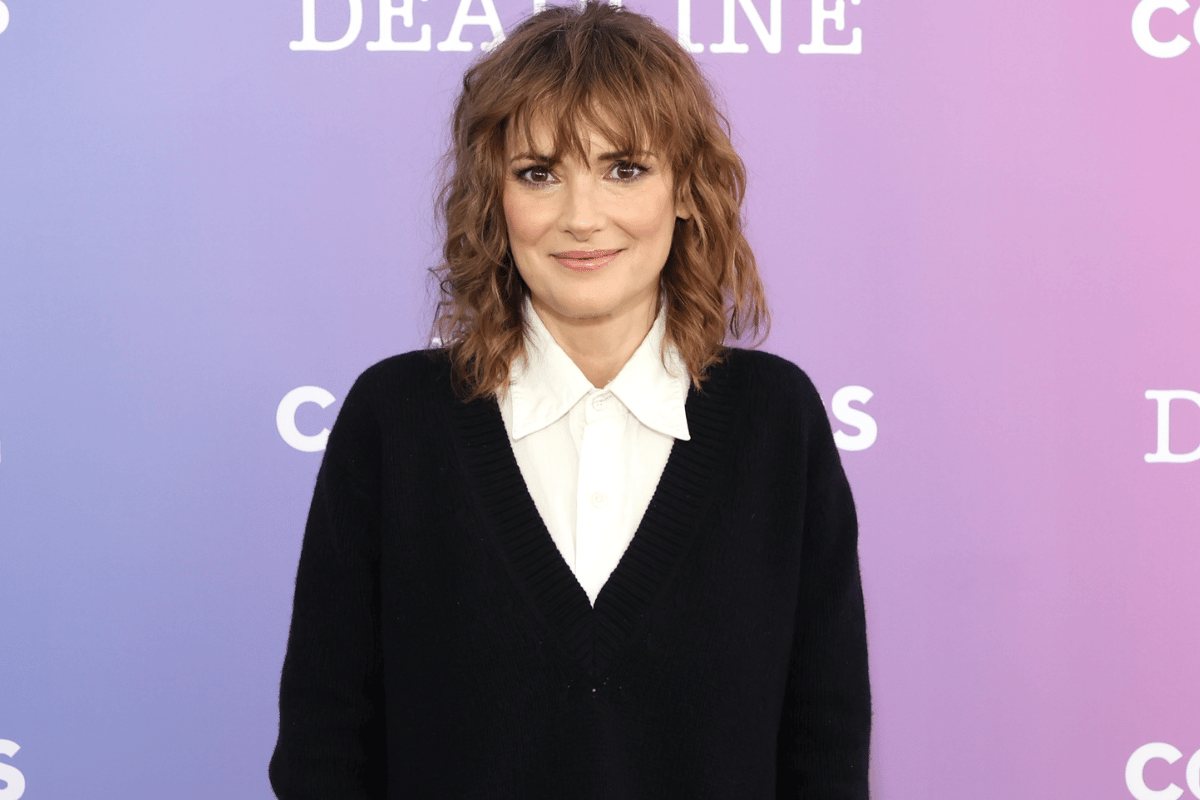 "There's a lot of pressure in Hollywood on women to stay younger looking, which I don't quite understand. I do look forward to the wrinkles, actually. Really, I won't mind. I started out so young and part of me always wanted to be older to get those more interesting parts. Now I feel like I have more life experience and I embrace it.

"Part of me never thought that I would still be acting now, so I relish the work."