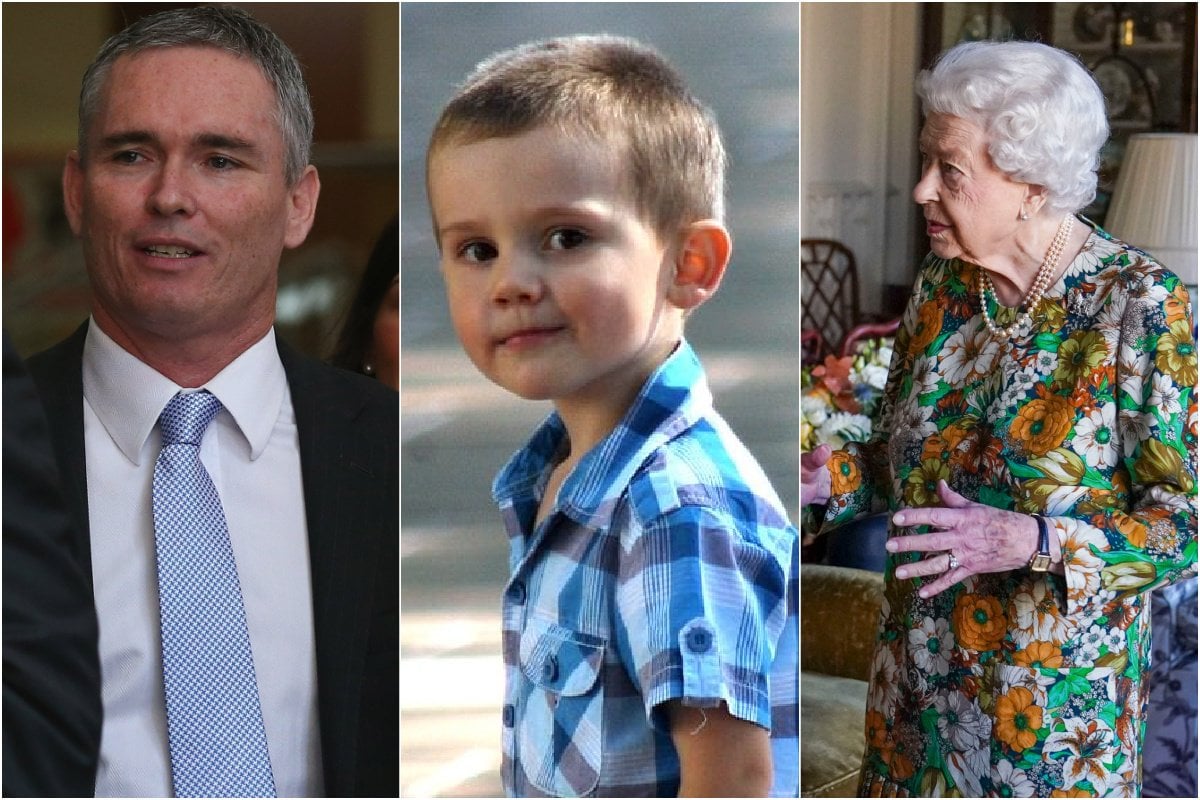 Police investigating the disappearance of toddler William Tyrrell have charged his former foster parents with the unrelated assault of a different child.

Strike Force Rosann was established in 2014 after three-year-old William disappeared from his foster grandmother's home at Kendall on the NSW mid north coast.

Earlier this week police returned to the property and nearby bushland, searching for remains as they honed in on a person of interest.

While the search continued for a third day on Wednesday, police delivered court attendance notices to the boy's former foster parents.

NSW Police allege they assaulted a different child at a home on Sydney's upper north shore.

The 56-year-old woman and a 54-year-old man have both been charged with common assault and are due to face Hornsby Local Court on Tuesday.

Police on Wednesday turned their attention to an area of bushland about a kilometre from the house where William was last seen, after digging up patches of garden at the home on Tuesday.

Officers used an excavator to remove a layer of topsoil.

"Police will not stop until such time as we've investigated every possible lead," he told reporters.

Read: It's been 7 years since William Tyrrell disappeared. Here's everything we know about the case.

Former federal Labor MP and alleged migration fraud mastermind Craig Thomson is due to make his first appearance in a NSW court.

The former member for Dobell spent Wednesday night in custody after being arrested and accused of facilitating more than 130 fraudulent visa applications over four years, yielding more than $2 million in profit.

Federal police laid 30 charges against the 57-year-old, including 26 breaches of migration law.

Thomson faces 19 counts of providing false documents and false or misleading information related to a non-citizen, an offence that carries a maximum penalty of 10 years' imprisonment.

#BREAKING: Former federal Labor MP Craig Thomson has been charged over allegedly being involved in migration fraud worth millions of dollars.

Police believe that he could have received $2 million from 130 fraudulent visa applications over four years. pic.twitter.com/CduQTdEMv7

The probe into Thomson's activities - led by police with assistance from several federal government agencies including AUSTRAC - examined claims of significant visa and migration fraud from August 2019.

The former national secretary of the Health Services Union entered federal politics in 2007.

He was suspended by the Labor Party in 2012 and moved to the crossbench after accusations of misusing members' funds while at the HSU.

West Australian Premier Mark McGowan has been forced to close his electorate office after he and his staff received death threats.

The premier has faced considerable backlash over his management of the COVID-19 pandemic, including the imposition of mandatory vaccinations.

He confirmed on Wednesday he had indefinitely closed his electorate office in Rockingham, south of Perth, amid security concerns.

"Someone turned up with an armoured car with a machine gun on the top."

Premier Mark McGowan has described the behaviour demonstrated by some anti-vaxxers as ‘crazy’ and ‘deranged’ during a heated tirade in Parliament on Tuesday. https://t.co/Cz1FpxOlPa

Another man was charged days later with trying to firebomb a police station in Perth's south, allegedly motivated by WA's mandatory vaccination policy.

More recently, protesters have gathered outside Mr McGowan's home and bombarded him with calls and text messages after his personal phone number leaked.

Disgraced former Victorian Labor MP Adem Somyurek's parliament suspension has been lifted after proving his COVID-19 vaccination status, paving the way for him to vote down the government's pandemic bill.

Debate on the Public Health and Wellbeing Amendment (Pandemic Management) Bill is set to resume on Thursday but a final vote may come as late as Friday, with MPs advised parliament could sit an extra day.

The Victorian government has been confident the bill will pass after making amendments to secure the support of upper house crossbenchers, but the return of Mr Somyurek, who quit the party before he was expelled for leading a widespread branch-stacking operation, opens the door for him to cast the deciding vote.

It comes as the state prepares to welcome even more freedoms for the fully vaccinated. pic.twitter.com/2sFBmpefFb

He has indicated he will vote against it, which will result in a tie and mean the bill would have to be reintroduced in parliament's lower house.

Victoria's current state of emergency expires on December 15 and cannot be extended.

The bill has become a lightning rod for anti-lockdown and anti-vaccination groups, who have occupied the steps of parliament this week.

They gathered around a wooden gallows on Monday evening chanting "freedom", "traitor", "kill Dan Andrews" and "hang Dan Andrews", as an inflatable doll depicting the premier was thrown onto the structure.

280,000 jobs on offer for Australians in the lead up to Christmas.

The prime minister says new analysis of Australian Bureau of Statistics data based on previous post-lockdown jobs growth showed 280,000 jobs could be filled in the lead-up to the summer holiday season.

"Australia is reopening safely and to secure our economic recovery we want to see more Australians in jobs this Christmas and summer," Scott Morrison says.

The latest National Skills Commission data also shows job advertisements on the internet have soared to a 13-year high with 250,900 positions up for grabs.

"We've seen what jobs growth can be achieved after lockdowns before," Mr Morrison said.

A jobs boom is expected to hit just in time for Christmas. @rachbaxter9 #9News pic.twitter.com/UjQ6HbJFTx

"With even fewer restrictions and the threat of lockdown fading, there's never been a better time for businesses to hire as more people get out and about shopping, travelling, eating and enjoying themselves this festive season."

Employment Minister Stuart Robert said the analysis showed that by sticking to the national plan for reopening the government had delivered the certainty required for business to bounce back as they look to employ more Australians by the end of the year.

Official ABS data released last week showed unemployment spiking to 5.2 per cent in October from 4.6 per cent in the previous month.

- The Queen has carried out her first official engagements since she missed the Remembrance Sunday service due to a sprained back. She's met the UK's most senior uniformed military advisor at Windsor Castle.

- A federal judge has sentenced the US Capitol rioter Jacob Chansley, nicknamed the "QAnon Shaman" for his horned headdress, to 41 months in jail for his role in the January 6 attack.

- A nationwide lockdown of the unvaccinated has not stopped COVID-19 cases surging in Austria, with only 65 per cent of the population fully vaccinated against the virus.