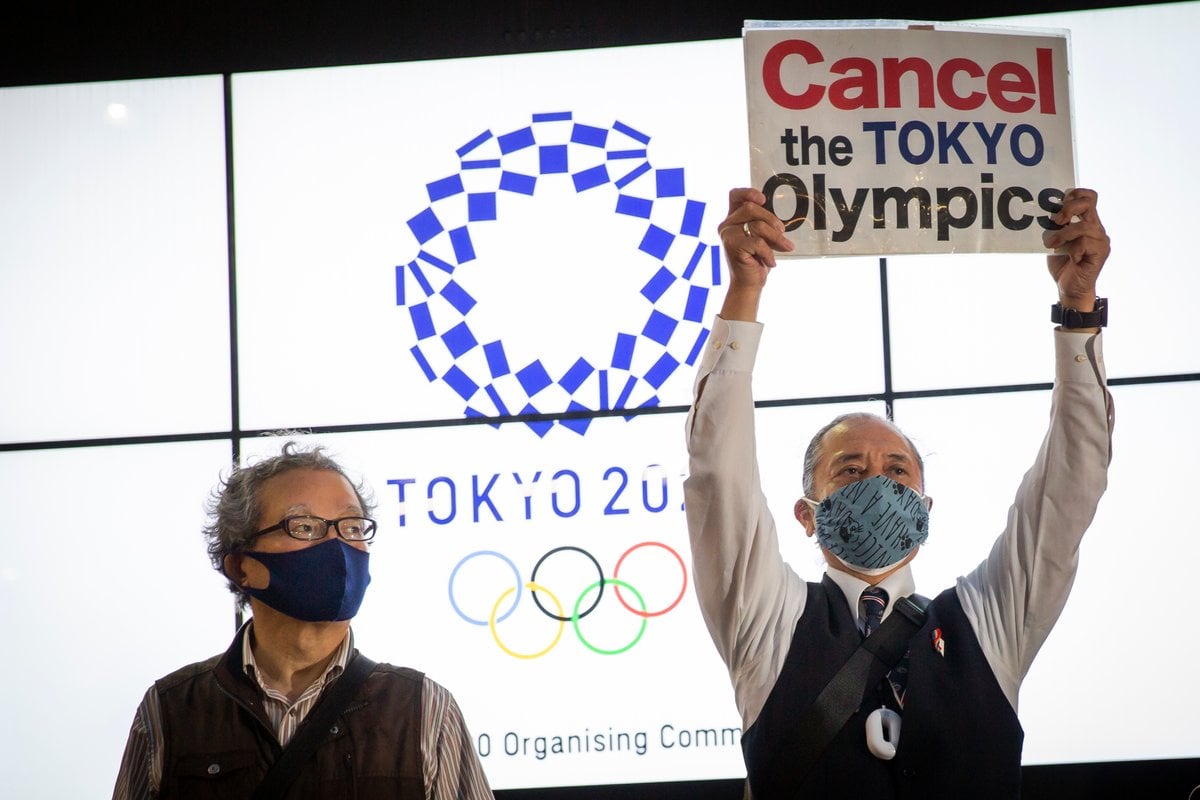 With the Olympics now seven weeks away, pressure to cancel them continues to grow as Japan fights a fourth wave of the pandemic.

More than 15,000 competitors from around the world are due to arrive in Tokyo next month before the Games, which begin on July 23.

The Games were initially due to happen last year but were postponed in light of the pandemic. Now, locals want them either postponed again or cancelled completely. One recent survey, conducted by Asahi Shimbun, found about 80 per cent of local Japanese people do not want the global sporting event to proceed in July.

But despite mounting calls to cancel the games, the president of the Tokyo 2020 organising committee, Seiko Hashimoto, said the Games will still go ahead.

"We cannot postpone again," she said in an interview published on Thursday in the Nikkan Sports newspaper.

It comes after 10,000 of 80,000 unpaid volunteers have reportedly quit the Olympics and Paralympics, with some dropping out over concerns about COVID-19.

"We have not confirmed the individual reasons," organisers said in a statement, according to the ABC.

"In addition to concerns about the coronavirus infection, some dropped out because they found it would be difficult to actually work after checking their work shift, or due to changes in their own environment."

Last month, the CEO of Japan's top e-commerce company told CNN the Olympic Games were a "suicide mission" for Tokyo.

"It's dangerous to host the big international event from all over the world. So, the risk is too big," Hiroshi Mikitani said. "The upside is not that great, and we see many countries are still struggling so much, including India and Brazil. And it's not time to celebrate yet." 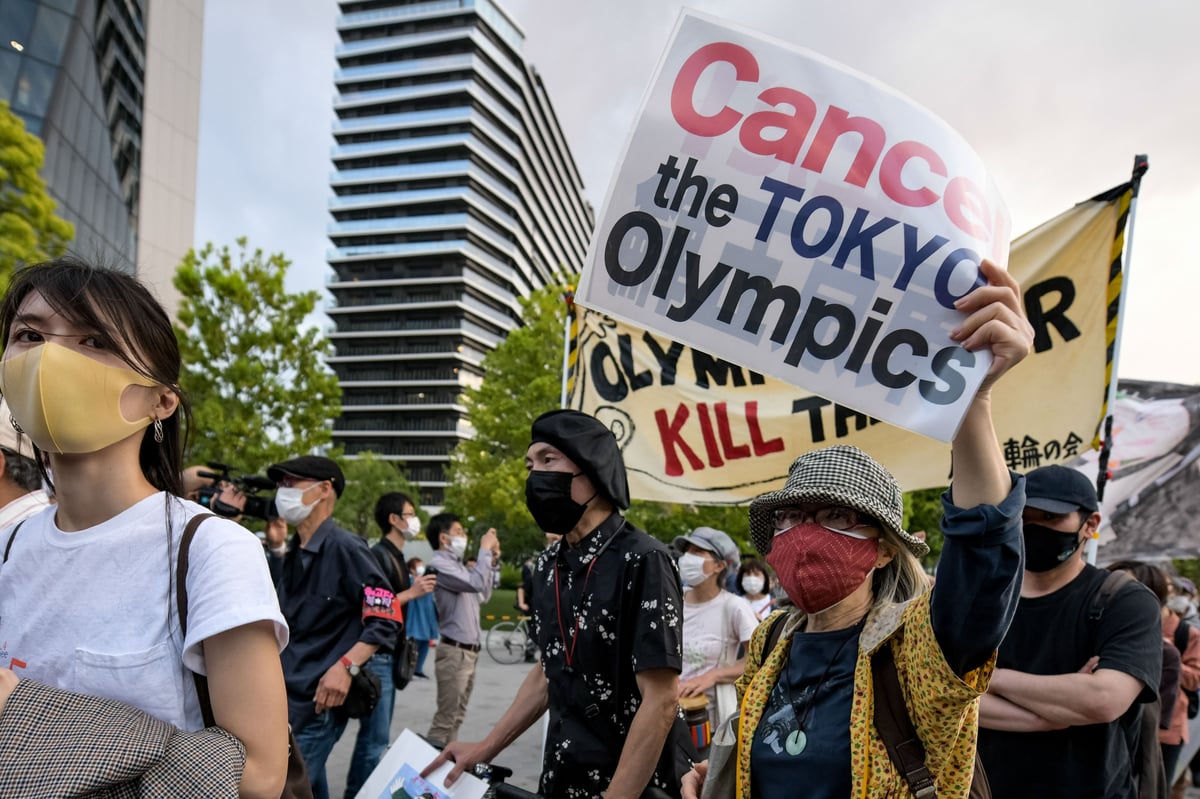 Here's what we know about Japan's current coronavirus situation, who has the power to cancel the games and everything else you need to know.

As their fourth wave threatens to overwhelm their health care system, Japan had vaccinated just 4.1 per cent of its population two weeks ago, according to Reuters' global tracker, which was one of the slowest rates among the world's larger, rich countries.

However, at the time of reporting, Japan has now vaccinated 8 per cent of its population - so action has occurred to improve the vaccination rate.

In contrast to some other Group of Seven (G7) nations that are beginning to end pandemic-busting lockdown measures, much of Japan remains under emergency curbs amid this fourth wave of infections.

Just in the past day, Japan has recorded a total of 3,036 new infections and 113 new deaths, according to Johns Hopkins University.

Tokyo is currently placed under the strictest emergency measures to mitigate the spread of the virus prior to the sporting event's commencement.

There are growing fears that the Olympics could turn into a super-spreader event, with thousands of people travelling from different countries who could introduce new and more infectious variants of the virus, threatening the medical system even further.

Who has the power to cancel the Olympic Games?

According to BBC, it is the International Olympic Committee (IOC) who has the sole power to cancel the Olympics, technically meaning Japan could not legally cancel the sporting event even if they wanted to.

One justification for cancelling stipulated in their contract is: "the IOC has reasonable grounds to believe, in its sole discretion, that the safety of participants in the Games would be seriously threatened or jeopardised for any reason whatsoever".

Whilst many have argued the pandemic fits into this, the IOC remains determined that the sporting event can proceed safely and have said they will not postpone or cancel the Games.

"I can say it's now clearer than ever that these Games would be safe for everyone participating and, importantly, safe for the people of Japan," International Olympic Committee (IOC) vice president John Coates, who is in charge of preparations, said this past week. 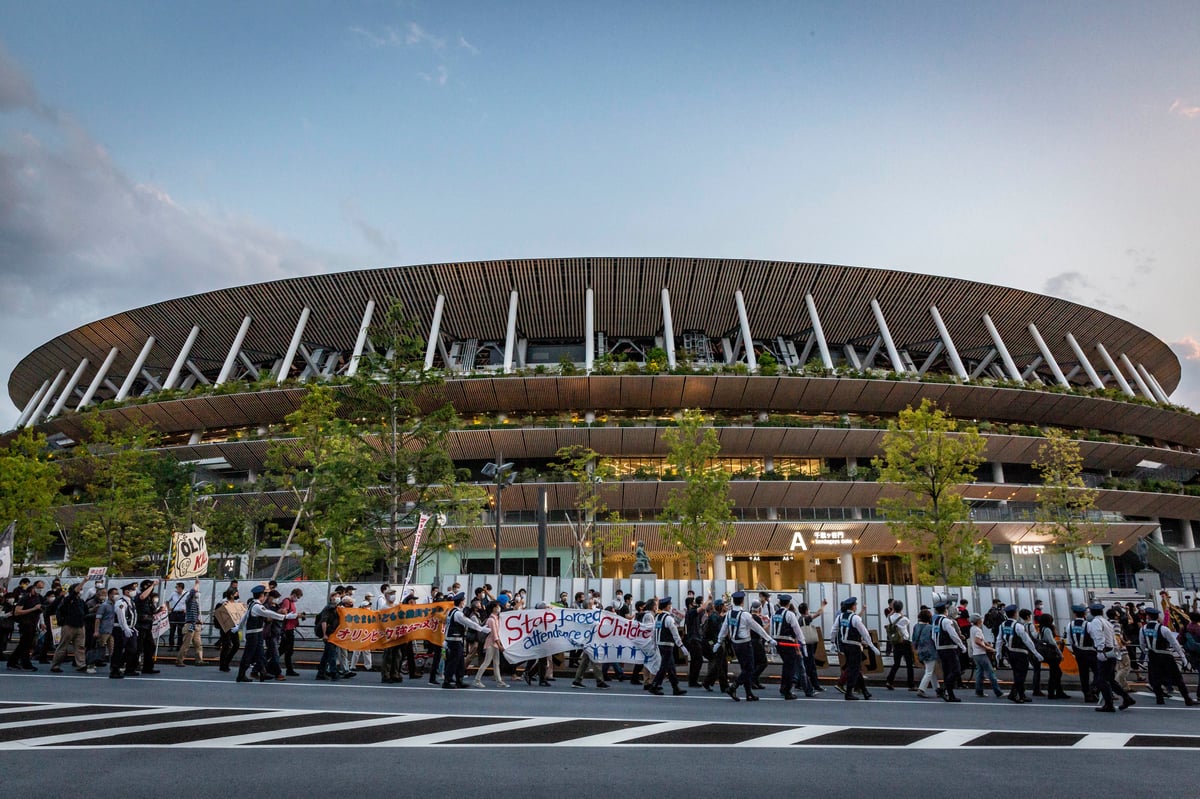 It's clear these games will be unlike any other, with participants having been asked to commit to an Olympics playbook which declares they are taking part in the Games at their own risk.

The IOC has also outlined how they will try to keep the community safe, including not allowing overseas visitors to attend any sporting events.

People will be tested before arrival, upon their arrival in Tokyo and throughout their stay at the Games.

There is also a push to vaccinate the vast majority of competing athletes. The Australian Olympic Committee (AOC) has said they plan to innoculate all athletes, team members and officials before they travel to Tokyo.

According to the ABC, Australians will arrive in Tokyo a maximum of four days before their event begins and will leave within 48 hours after their competition ends.

Athletes and officials who travel to Tokyo will also have to complete 14 days of mandatory hotel quarantine like all other returning Australians - they will not be given any exemption.

The Olympic Games begin on July 23 and will be broadcast on Channel Seven in Australia.

Reply
Upvote
Frankly (pre pandemic) I thought that  the one thing that would cancel the Olympics would be FUKUSHIMA and that pesky radiation.
Not a lot has been said about how this has really been affecting Japan's population or about how much has been released into the sea endangering the Pacific's wild  life at the very least.
Sending the world's top athletes to a place where the very air they breathe could be questionable seems risky to me.

Reply
Upvote
@caz gibson the water released into the ocean is treated until it meets drinking water standards. If you're worried about radiation in the environment, the US, UK and France are by far the main culprits.

Reply
Upvote
1 upvotes
@gu3st I hope the IOC are prepared for the backlash (and the pr disaster) if this does turn into a superspreader event.