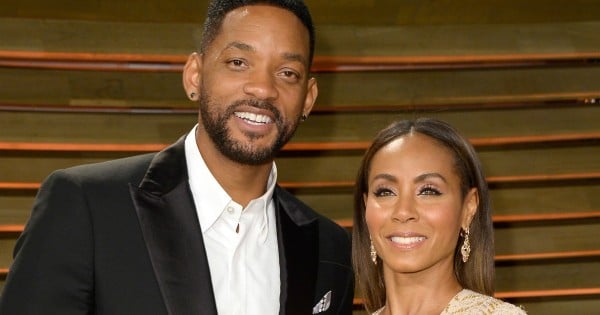 Will Smith has one of the most famous families in the world.

And he also has some of the most talented and well-known offspring in the world as well.

So does he parent differently? Does he give them more freedom? And what does he want most for the children he has brought up?

It turns out what he really wants is for them to feel.

In an interview with news.com.au, Smith told the publication he wants his children to experience “as much trauma as they can.”

“I want them to experience as much trauma as they can without them getting broken,” he said.

“The world is hard so I want them to be able to hear people’s opinions and take what people say and what people think and grant people their own views without that breaking their self-confidence.”

Smith has three children with wife Jada Pinkett-Smith. Eldest son Trey is 23, Jaden, 17, and Willow is 15.

It’s perhaps an unsurprising revelation from the actor when taking into account how much scrutiny his children face in the public eye.

Smith’s kids have been the target of criticism in the past, including then 13-year-old Willow’s provocative photos on Instagram of her on a bed lying next to 20-year-old actor Moises Arias.

More recently, Jaden campaigned against attending school because he felt there was more to be learnt outside of the classroom than formal education could teach him.

Despite their fame and public profile, Smith is proud of his children and that they still have a solid head on their shoulders, particularly middle-child Jaden.

“Jaden is possibly the most well-adjusted person I have ever met in my life,” he said.

When considering the notion that controversy is no stranger to the Smith family with rumours that he and Pinkett Smith have an open marriage or have dabbled, or are dabbling, in Scientology, we think it’s sound advice he has for his children while they live out their lives in the public eye.

Force them to watch Wild Wild West. That's enough trauma for anyone.

Too harsh - next thing I suppose you want them to step on a bindi as well.