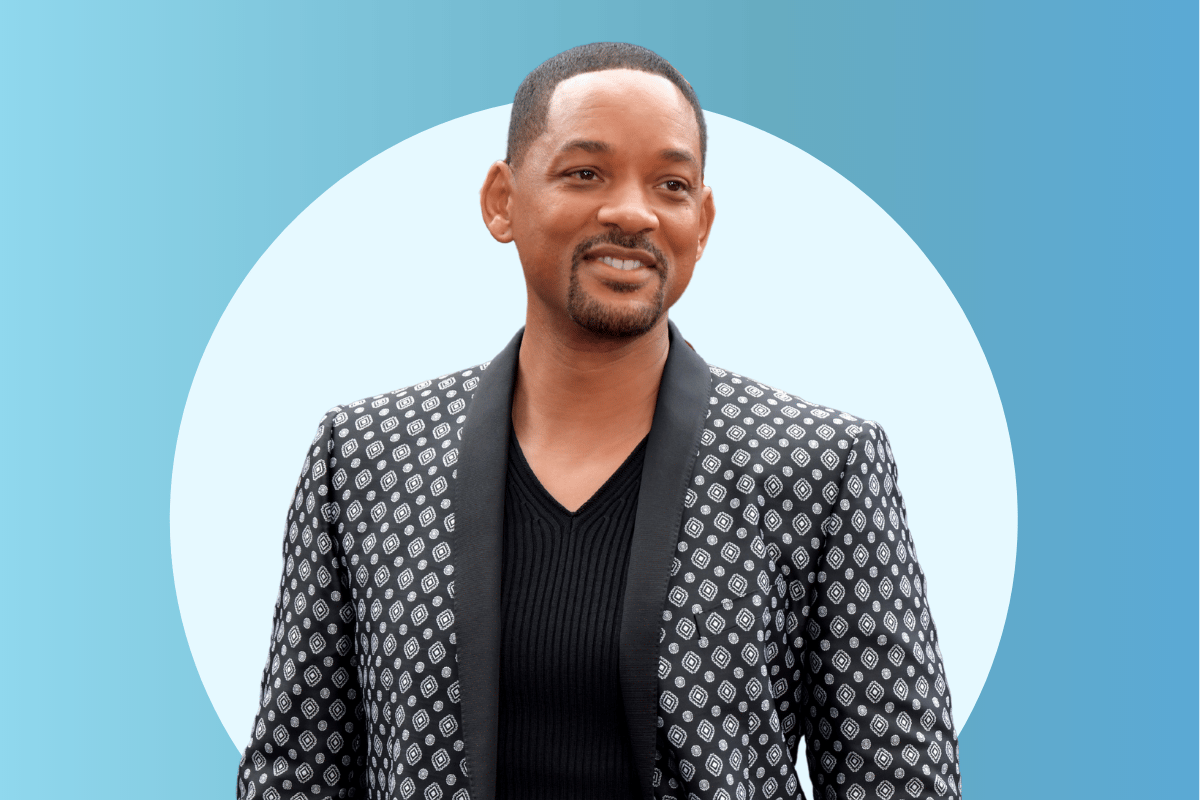 This post mentions suicide and domestic violence and may be triggering for some people.

Will Smith has long been a figure of fascination in Hollywood. And it's not hard to see why.

From his 'unconventional' marriage, rumoured cheating scandals and famous kids, the actor is certainly no stranger to the headlines.

And now the Focus star is giving fans a further look inside his life behind the spotlight in his new memoir, Will, co-written by Mark Manson, the author of The Subtle Art of Not Giving a F*ck.

Following the book's release this week, we've rounded up the five biggest revelations to come out of Will Smith's memoir.

1. Will Smith contemplated killing his father to "avenge" his mother.

In an exclusive extract obtained by People, Smith opened up about his complicated relationship with his late father, who died from cancer in 2016.

"My father was violent, but he was also at every game, play, and recital. He was an alcoholic, but he was sober at every premiere of every one of my movies," Smith wrote in his memoir.

"He listened to every record. He visited every studio. The same intense perfectionism that terrorised his family put food on the table every night of my life."

The 53-year-old shared a violent memory from his childhood that helped shape who he is today.

"When I was nine years old, I watched my father punch my mother in the side of the head so hard that she collapsed," he wrote. "I saw her spit blood. That moment in that bedroom, probably more than any other moment in my life, has defined who I am."

"Within everything that I have done since then, the awards and accolades, the spotlights and attention, the characters and the laughs, there has been a subtle string of apologies to my mother for my inaction that day. For failing her in the moment. For failing to stand up to my father. For being a coward." 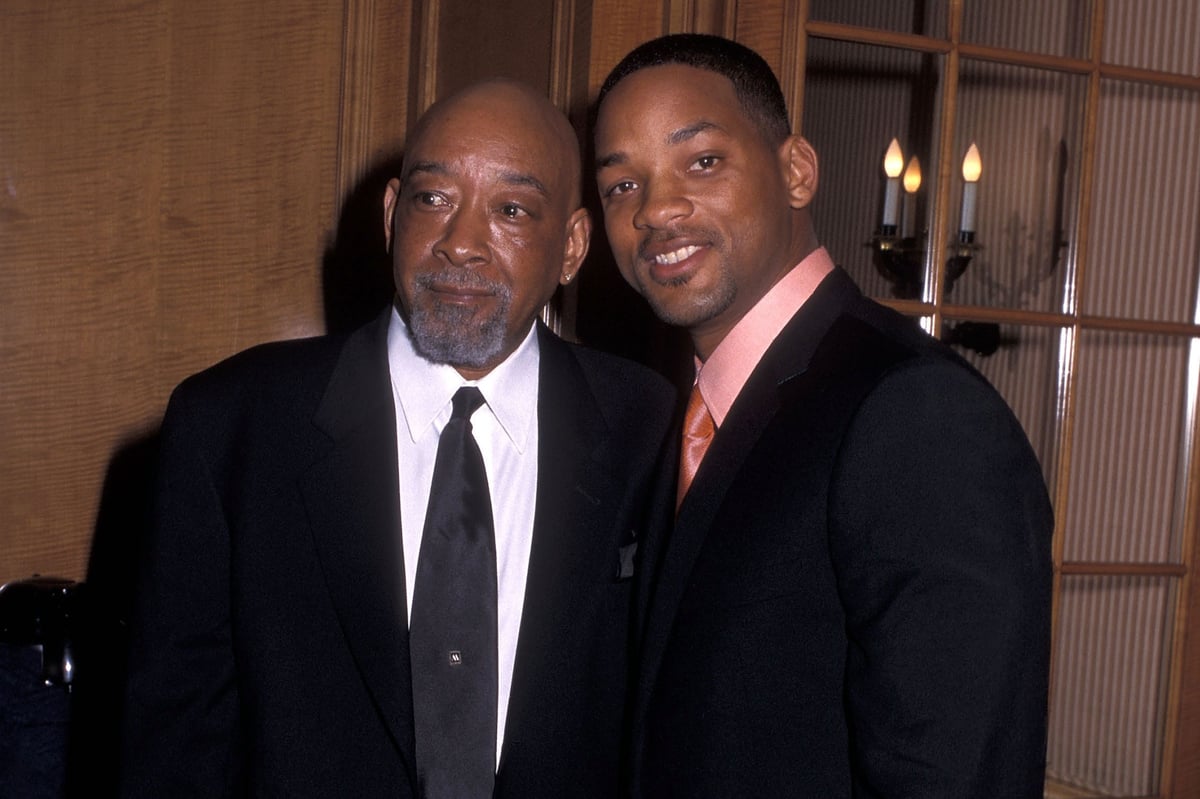 Will Smith and his father Willard Smith at the 2002 Tree of Life Awards in Beverly Hills. Image: Ron Galella/Getty.

Smith went on to say that he contemplated 'slaying' his father to 'avenge' his mother and recalled a moment when he experienced a dark thought as he wheeled his father to the bathroom past a set of stairs.

"I paused at the top of the stairs. I could shove him down, and easily get away with it," he continued.

"As the decades of pain, anger, and resentment coursed then receded, I shook my head and proceeded to wheel Daddio to the bathroom."

2. Will Smith thought about taking his own life at age 13.

Smith shared he contemplated taking his own life twice. The first was when he was just 13, after his mother left his father.

"She'd had enough," he wrote. "She went to work the next morning and didn't come home. She didn't go far – just a few blocks to (grandmother) Gigi's house – but the message was clear: She was done."

At the time, the Bad Boys star shared he was so overcome with loneliness and guilt that he thought about taking his own life.

"I thought about pills; I knew where a boy had lost his legs on the train tracks; I had seen people cut their wrists in a bathtub on TV."

However, the thought of his grandmother, whom he described as his "moral compass", stopped him.

"What kept ringing in my mind was a faint memory of hearing Gigi say that killing yourself was a sin."

3. Will Smith says losing an argument with Bad Boys director made him "a f***ing movie star".

An argument on set helped Smith get a step up in his career.

While filming the hit 1995 movie Bad Boys, director Michael Bay wanted the actor to go shirtless while shooting the famous scene where he chases a car on foot.

But Smith, who had just bulked up for the role, refused.

"I wasn't yet secure with my new body. The thought of standing around all day with no shirt on intimidated me," he explained.

So the pair eventually ended up reaching a compromise; Smith would wear a shirt but it would be left unbuttoned.

It was a decision that Smith said made him "a f***ing movie star."

"Up until this point in my life, I had used comedy to attract women. And now I was being objectified. It was wonderful," he wrote.

"All I could think was, OK, Michael Bay, you were right, I was wrong. Thank you."

4. Will Smith fell in love with a co-star during his first marriage.

Smith also pulled back the curtain on his three-year marriage with his first wife, Sheree Zampino.

At one point in the memoir, the 53-year-old recalls that he "fell in love" with his Six Degrees of Separation co-star, Stockard Channing, after he just welcomed his first child, Trey, with Zampino.

"Sheree and I were in the first few months of our marriage with a brand-new baby and for Sheree, I can imagine that this experience was unsettling to say the least," he wrote in an extract obtained by People.

"She'd married a guy named Will Smith and now she was living with a guy named Paul Poitier," he said, referring to his character's name in the film. "And to make matters worse, during shooting I fell in love with Stockard Channing."

After filming ended, Smith said himself, Zampino and their son moved back to LA. However, their marriage was off to a "rocky start"

"I found myself desperately yearning to see and speak to Stockard," he shared.

It’s not the first time The Pursuit of Happyness actor has spoken about falling for his co-star.

Back in 2015, Smith opened about just how "dangerous" method acting can be when feelings get involved.

"With Six Degrees of Separation, I got a taste early of the dangers of going too far for a character," he told Esquire.

"That was my last experience with method acting, where you're reprogramming your mind."

5. Will Smith on his biggest parenting regrets.

Smith also doesn't shy away from talking about parenting, particularly when it comes to his parenting fails.

At one point in the memoir, the actor recalls how his son, Jaden Smith, felt "betrayed" when After Earth, a film they both starred in, resulted in "vicious" backlash from the public and the press.

"After Earth was an abysmal box office and critical failure," Smith wrote in an excerpt obtained by People.

"And what was worse was that Jaden took the hit. Fans and the press were absolutely vicious; they said and printed things about Jaden that I refuse to repeat. Jaden had faithfully done everything that I'd instructed him to do, and I had coached him into the worst public mauling he'd ever experienced."

"We never discussed it, but I know he felt betrayed. He felt misled, and he lost his trust in my leadership."

Smith went on to share that Jaden even asked about being an emancipated minor, a person who is freed from control by their parents or guardians.

"At fifteen years old, when Jaden asked about being an emancipated minor, my heart shattered. He ultimately decided against it, but it sucks to feel like you've hurt your kids."

In another instance, Smith shared that his daughter, Willow, shaved her head after telling him she wanted to stop touring with Justin Bieber, following the release of her hit song 'Whip My Hair'.

When Smith told her she had upcoming tour dates in Australia and need to continue the tour, Willow "skipped into the kitchen" one morning with a shaved head.

"My jaw nearly dislocated, dislodged, and shattered on the kitchen floor: My world-dominating, hair-whipping, future global superstar was totally bald. During the night, Willow had shaved her entire head," he wrote.

"My mind raced and scrambled — how was she going to whip her hair if she didn't have any? Who the hell wants to pay to watch some kid whip their head back and forth?"

"But before I could respond, I felt something slowly turning, shifting, until it clicked into place: In a moment of divine connection and revelation, she had reached me. I leaned down, peered deeply into her eyes, and said, 'I got it. I am so sorry. I see you.'"