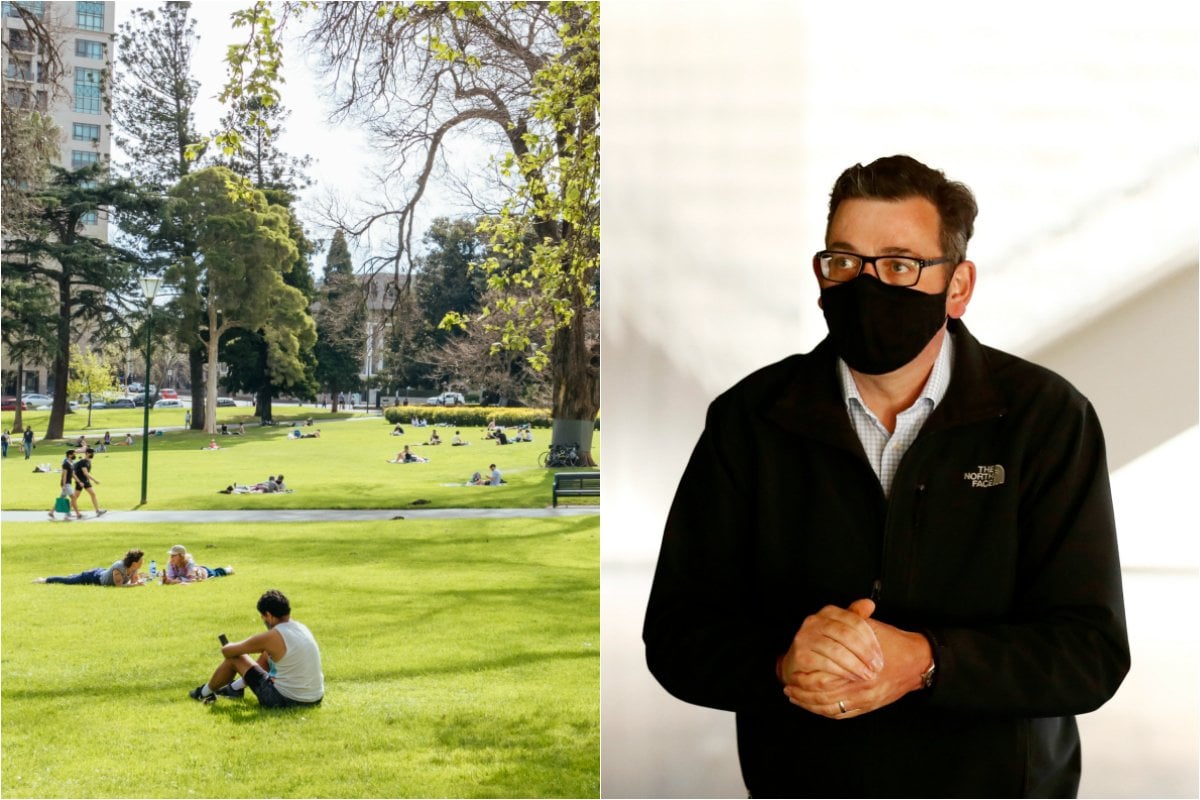 Melbourne's next phase of the roadmap out of lockdown will not be implemented as fast as first hoped.

The city was due to join regional Victoria at the third stage of the government's 'reopening roadmap' on October 19. However, with the state's daily case numbers in the double digits for the past four days, it is looking likely that metropolitan Melbourne's lockdown will instead be extended once again.

For Melbourne to move to the third stage of the government's roadmap, they must meet the threshold of an average of fewer than five cases per day, and less than five mystery cases in the preceding fortnight.

The current average of new cases over a 14-day period is at 9.3, as of October 11. It comes as the state recorded 12 new cases on Sunday, and one more death from the coronavirus pandemic.

Clusters have emerged of community transmission, producing majority of new cases, at Chadstone Shopping Centre, a cafe in Kilmore and Box Hill.

On Saturday, Premier Daniel Andrews confirmed that given the persistent "tail" of infections from the second wave, the city would ease restrictions slower than he had expected.

On Sunday, Andrews extended the state of emergency and state of disaster from tonight to 11:59pm on November 8.

"That is simply to make sure that we've got that legal framework in place in order to continue to have rules, to drive these numbers down even further. That's simply a 4-week extension," Andrews explained.

The premier called on people not to lose hope or to pretend that the fight was over, and offered the assurance that some restrictions may still lift. Melbourne has been under 'stay at home' restrictions for over three months now, since July 8.

"We've just got to be as stubborn as this virus. We will beat this second wave, but we've got to do it properly."

Asked about the seeming impossibility of eradicating community transmission in a city of five million, Chief Health Officer Brett Sutton said he was optimistic.

"It's all of the immediate responses to clusters, and if you can get on top of each of those and wrap the public health response around each and every one of those, then you end those chains of transmission and they're gone forever," he told reporters.

What does the third stage of recovery roadmap look like? 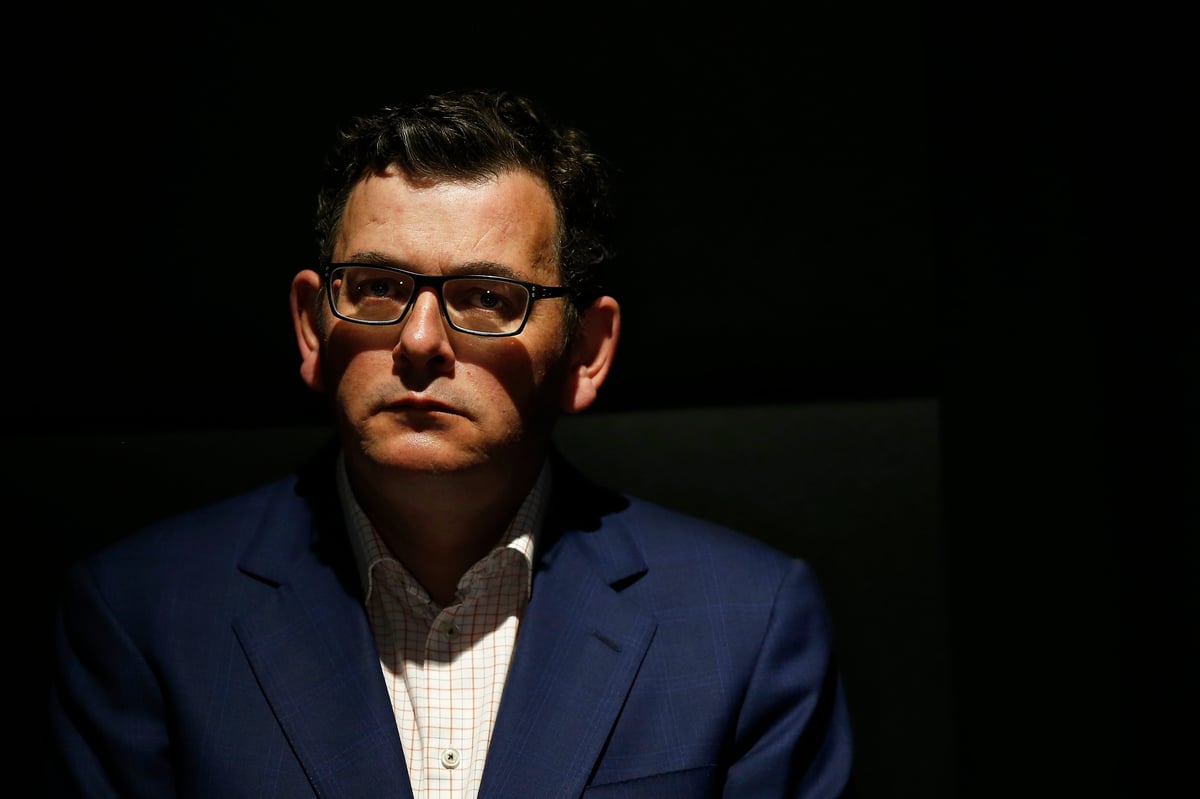 "We've just got to be as stubborn as this virus," Premier Daniel Andrews said. Image: Getty.

The third stage out of the recovery roadmap will finally involve no restrictions on leaving home.

This means Melburnians will be able to spend time with others where possible - although social distancing guidelines still apply.

Public gatherings will increase to a maximum of ten people, plus visitors are allowed to your home from one other household (up to five people).

Hospitality services - which are currently operating on takeaway only - will return with outdoor seated service available.

All retail will also open, as well as hairdressing and beauty services, with the requirement for workers to wear face masks.

There is no information yet on when the 5km radius rule will end.

What are the current restrictions in Melbourne?

At the moment, Melburnians are only permitted to leave their home for four reasons: for work or school (if these cannot be done at home), caregiving reasons, to purchase essential items and for exercise or recreation.

On top of this, all residents are required to stay within a 5km radius of their home, except for permitted reasons.

Outdoor public gatherings are allowed for social reasons with a limit of five people from a maximum of two households (not including infants under 12 months).

Outdoor exercise with a personal trainer is allowed, plus restaurants and cafes are open for takeaway and delivery.

Schools are seeing a staged return to face-to-face learning, with some students returning from October 12.

Reply
Upvote
2 upvotes
Current Melbourne restrictions. Only 2 hours of outdoor exercise or recreation in a public space.
Step 3 was supposed to end on 26th October, but we were doing well so Dan brought it forward to the 19th. Of course now it has been extended, probably forever if you believe social media commentators. For the more sanguine there is hope for the 26th October or early November. It depends how quickly people get tested when they have even the mildest of symptoms, and how stringently they’ve been minimising contact (and either using the app or being really honest and accurate about their contacts) and staying home generally.
if you live in Melbourne please check out the latest hotspots daily and get tested as soon as you have symptoms. Please.
News
General
Opinion
True Crime
Politics
Sport
Explainer
Entertainment
Celebrity
Reality TV
Movies
TV
Books
Rogue
Royal
Lifestyle
Beauty
Fashion
Weddings
Home
Wellness
Health
Fitness
Travel
Food
Family
Before The Bump
Pregnancy
Baby
Kids
Teens
School
Parent Opinion
Work & Money
Money
Finance
Career
Lady Startup
Relationships
Sex
Dating
Separation
Friendship
Family
Real Life
Couples