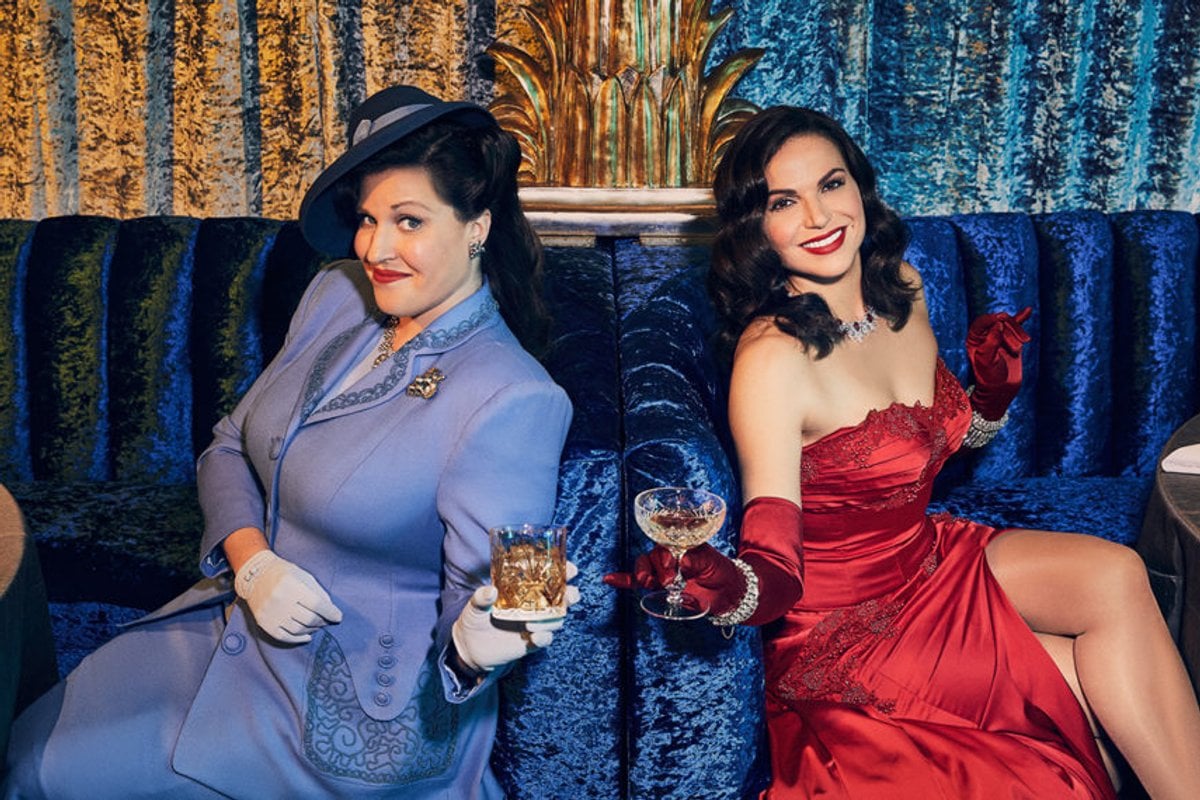 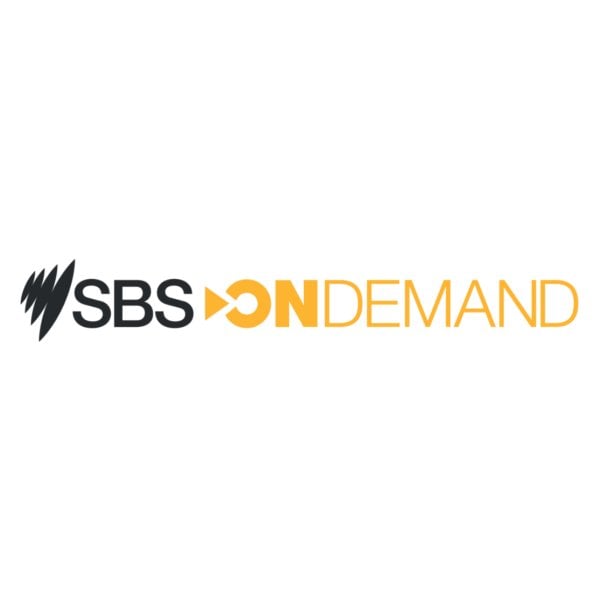 Thanks to our brand partner, SBS On Demand

The holidays are the perfect time for escapist TV.

If there's anything I feel like doing after the New Year period, it's sitting in front of my television and watching a beautiful, darkly funny show about murderous women.

Thankfully for us, SBS On Demand has exactly what we need with the new season of Marc Cherry's very bingeable series Why Women Kill.

If you caught season one, you'll know the hugely popular season, starring Lucy Liu and Ginnifer Goodwin, followed three women from different decades who were connected by having all lived in the same Californian mansion and experienced infidelity in their marriages.

Season two of the anthology series brings us a brand new storyline and fresh characters, with just as much glamour and humour, and even more murder. 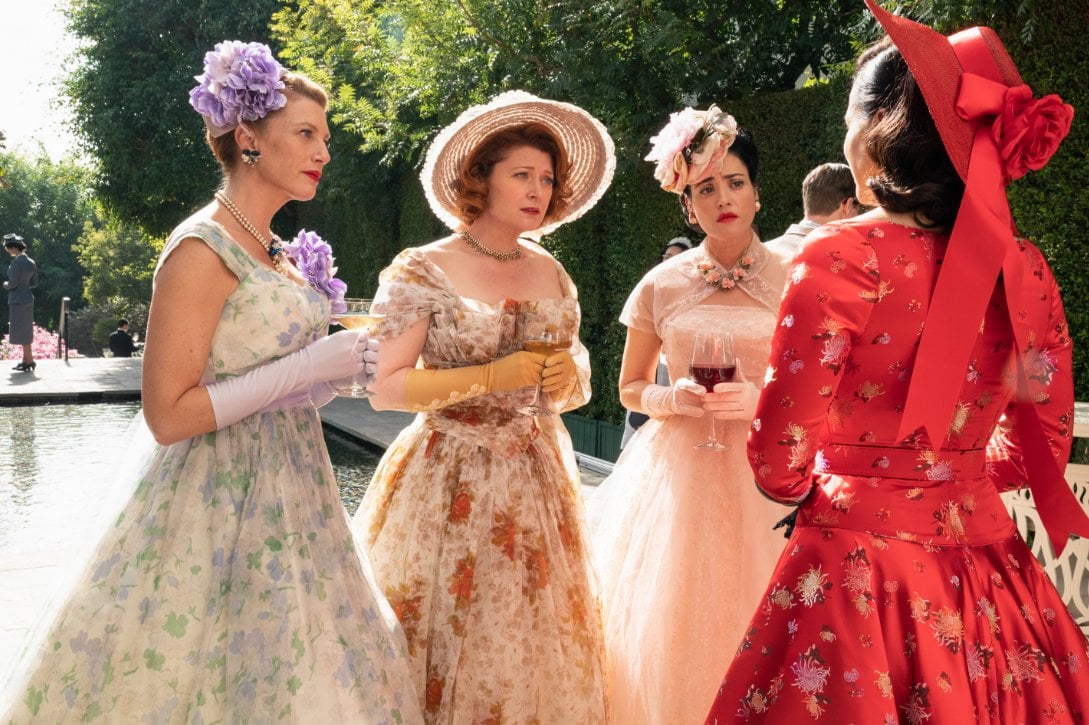 So, let's unpack what the next season is about and whether you should watch it:

What's the new season of Why Women Kill about?

It's 1949 in suburban Los Angeles, and Alma Fillcot (Allison Tolman) is delighted to learn the elderly founder of the fancy local Garden Club has passed away. Dark? Perhaps. But that means the club has a vacant spot, and she dreams of filling it.

There is a small problem, however. The Garden Club is made up of the town's impeccably dressed, very wealthy wives, and Alma, labelled a "frump" by her audacious (and dare I say, also-frumpy) neighbour, doesn't fit the mould. 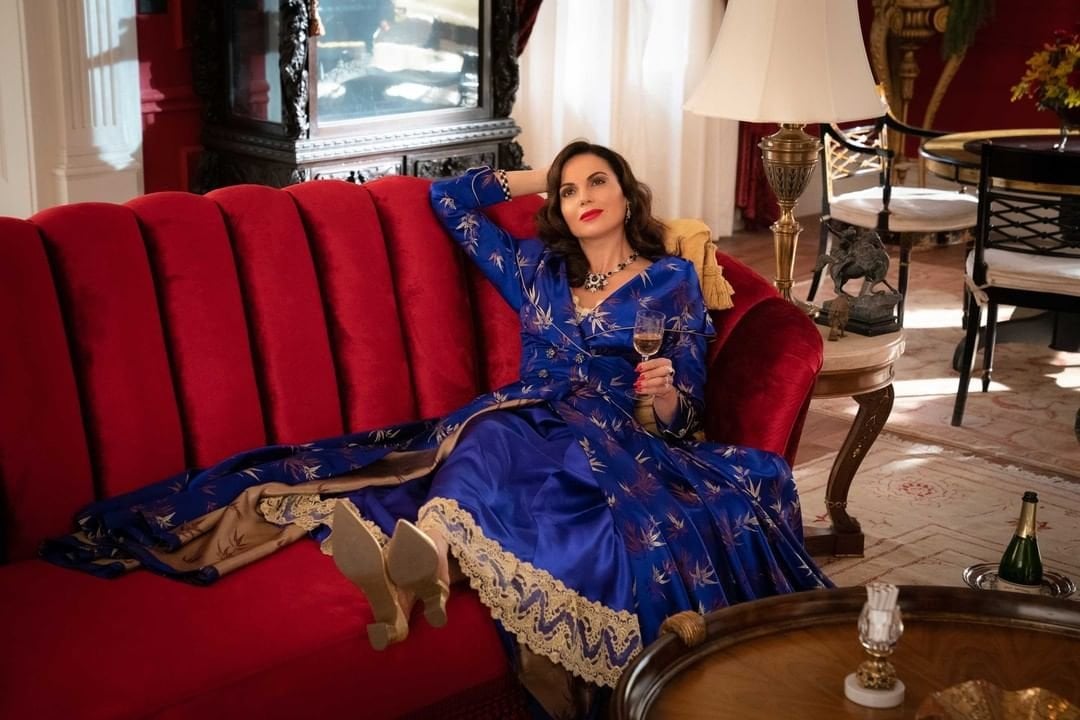 Speaking of Rita... well, she's got a lot going on as well. The fiercely intelligent queen bee is stuck in a sham marriage, impatiently waiting for her husband to die so she can finally be free from him (but not his riches). Meanwhile, she's having an affair with hot young actor Scooter, who she suspects is also cheating on her with someone else.

It's messy, and you'll love it.

Meanwhile, Alma can't afford a fancy new outfit, so she makes a dress for the garden party. As she searches for a sewing needle in her attic, she finds a mysterious brooch. She has no idea where it came from or who it belongs to, but it's just the accessory she needs to complete her party outfit.

Coincidentally, wearing that brooch to the party leads to a series of events that sees Alma unknowingly impressing one of the club members, before returning home to uncover a very disturbing revelation about her husband, Bertram (Nick Frost). 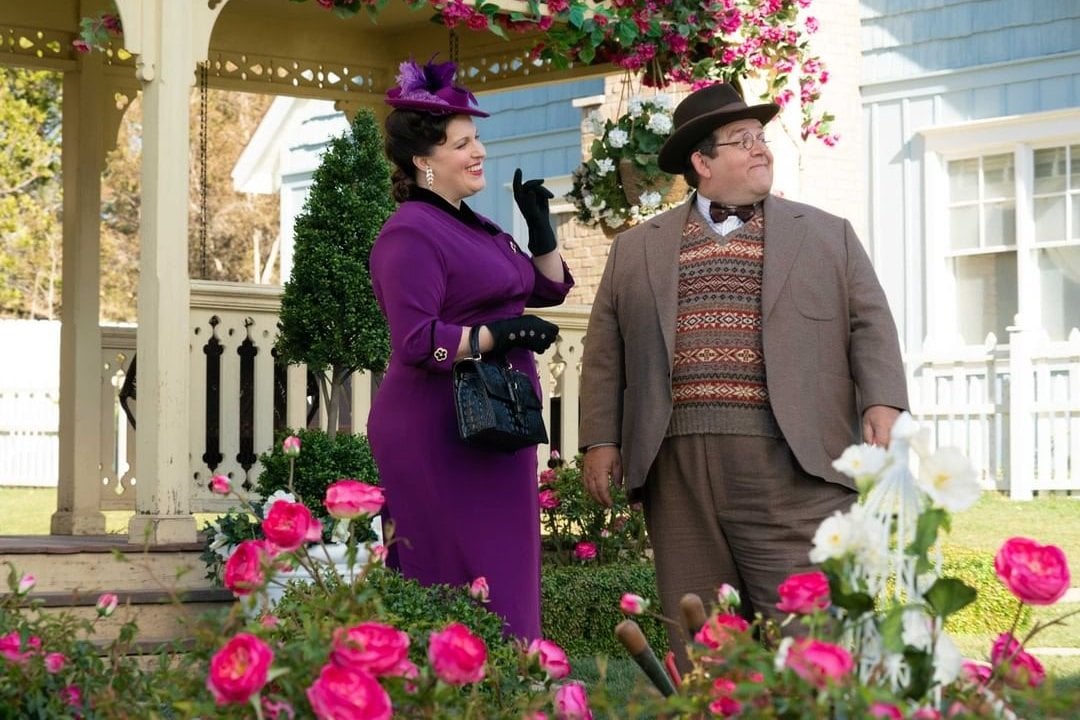 Bertram's secret hobby threatens to blow up all her hard work. And we can't have that, can we?

Juicy, intertwined storylines, big twists throughout the season (kicking off with the first humdinger in episode one), and all the... murder, of course.

Why Women Kill comes from the brilliant mind of Marc Cherry, the creator of Desperate Housewives. There are elements of the Wisteria Lane women here too; both in tone and how the characters will go to great lengths to keep up appearances.

The dark comedy also has shades of Dead To Me, Good Girls and The Politician, so you know you're in for a good time. 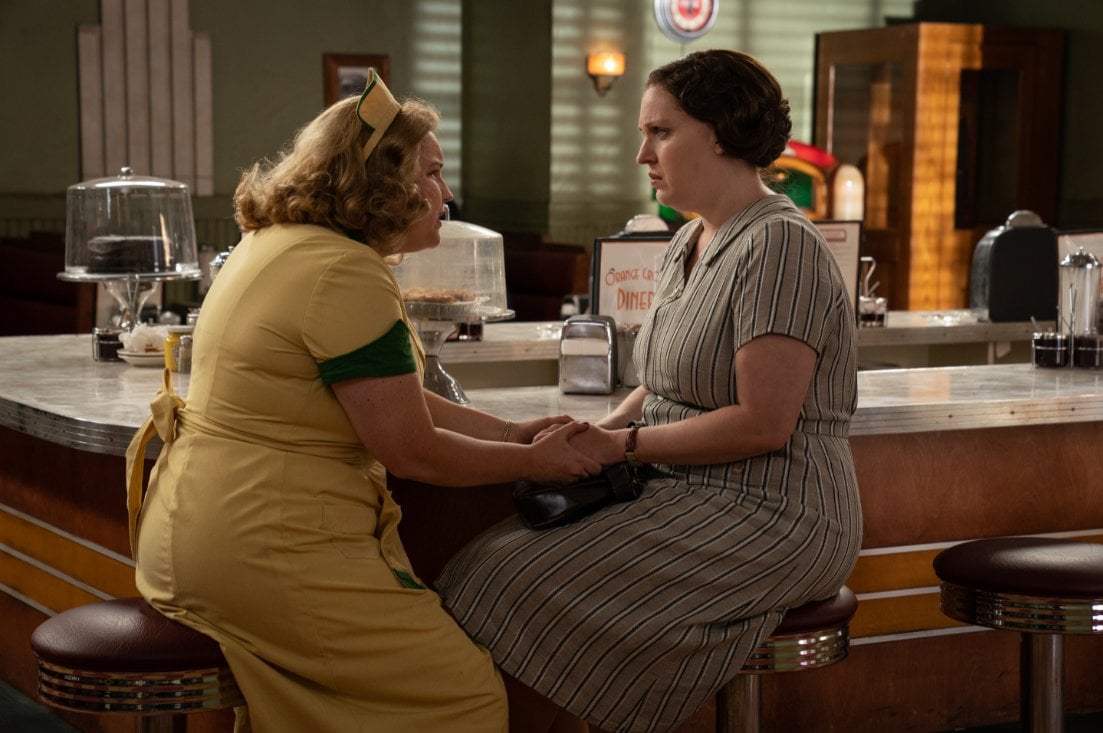 Why Women Kill Season 2 has 10 episodes, each about 45-50 minutes long. Make sure you get your snacks before you begin, because once you start you'll find it hard to press pause.

There's so much to love in this series, which is the escapist binge-watch we all need right now.

I've already gushed over the beauty of the show's aesthetic, but one of the best ways it is used is to show the character development. As characters gain – or lose – power, their appearance changes. And once you get to the end, some are hardly recognisable. 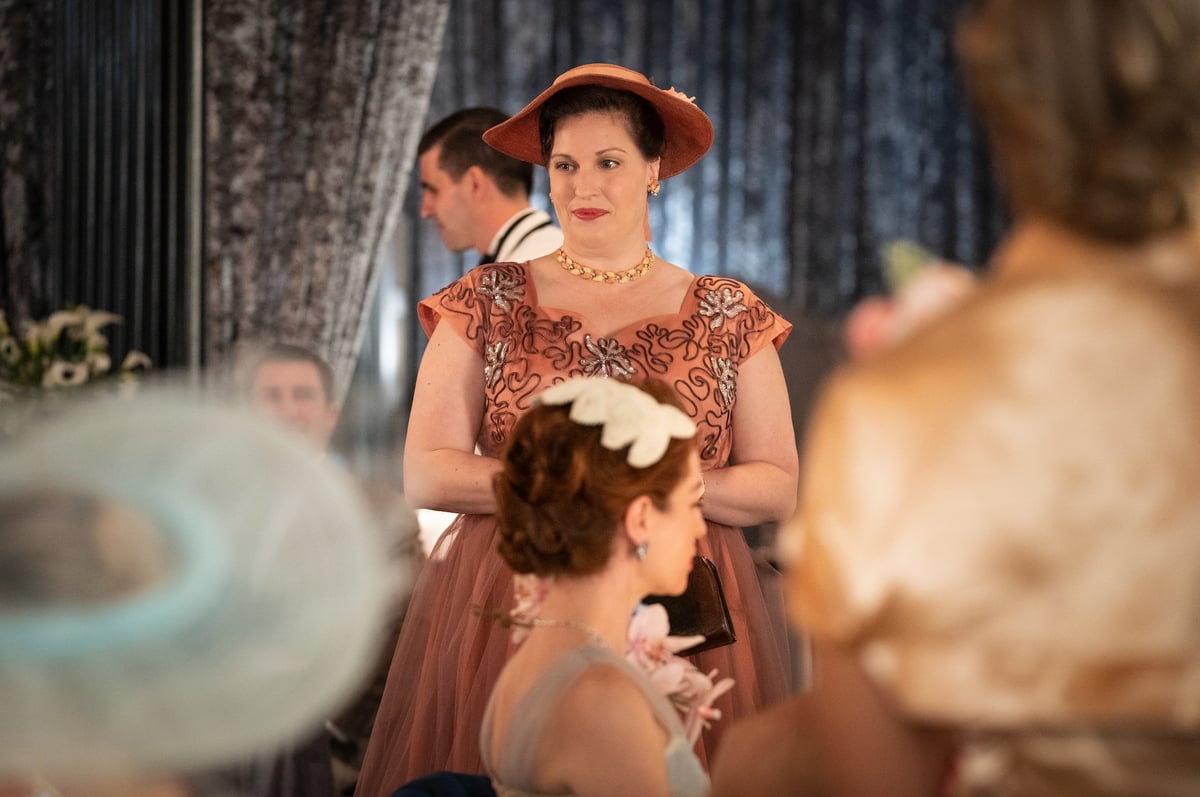 The strong female characters are particularly satisfying to watch, especially as they square off against each other for power and maintain their all-important outward appearances, while simultaneously trying to stop their own lives from spiraling out of control. Each has so many layers, balanced wonderfully by Cherry's writing, witty dialogue and the perfect casting.

There's lots of drama (and murder), but at its core the story is actually quite relatable. After decades of feeling invisible, what Alma wants the most is to be accepted. And once she gets just a tiny bit of validation, she realises she is willing to go to great lengths to finally sit with the cool kids.

I promise you'll be hooked after only a few minutes, so it's lucky that SBS On Demand is dropping all 10 episodes at once. And for free, I might add.

I'm officially calling it: there is simply no better way for you to spend your free summer hours than with the new season of Why Women Kill.

All episodes, including the new season of Why Women Kill, are available to stream free now on SBS On Demand.

The new season of Why Women Kill features a new cast and new storylines set in 1949 Hollywood. From the creator of Desperate Housewives, this dark comedy series explores what it means to be beautiful, the hidden truths behind facades, the effects of being overlooked and the lengths one woman will go to finally belong. Why Women Kill Season 2 is full of intrigue, glamour and dazzling fashion, secrets and murder. Your perfect summer binge. Stream free on SBS On Demand.