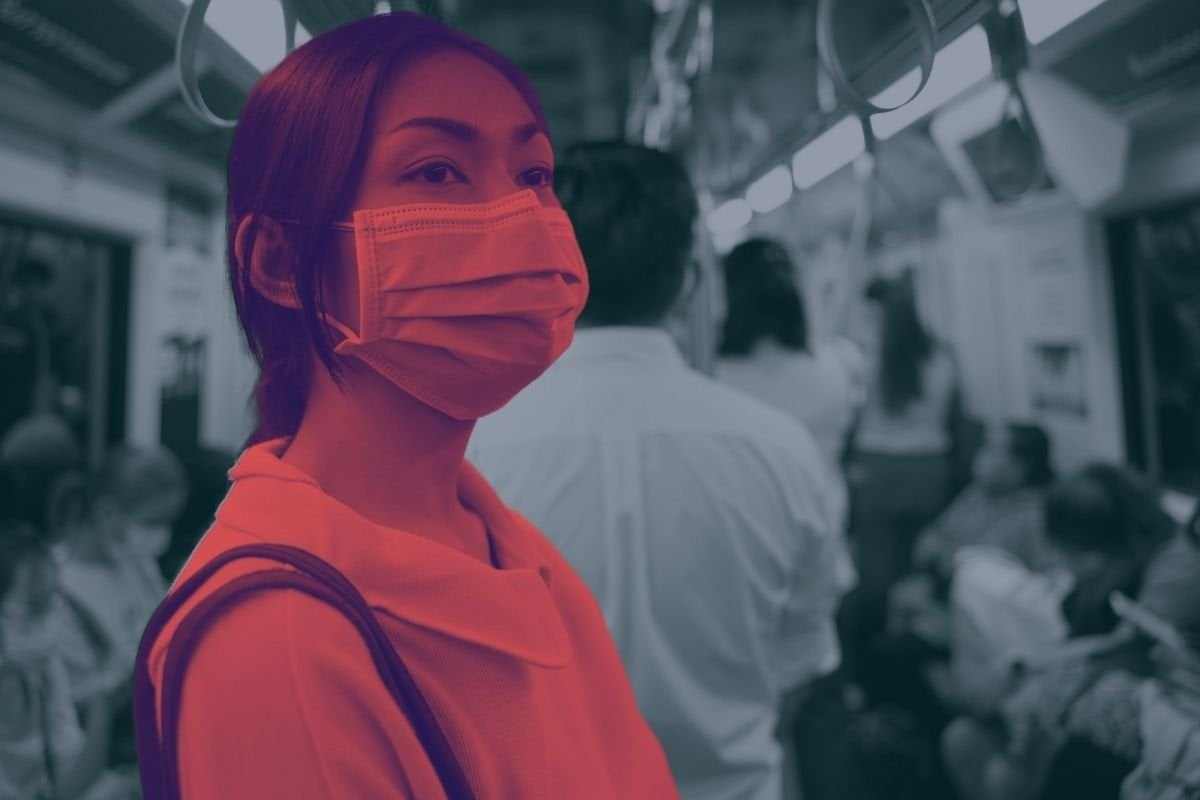 Melbourne is into its second week of an extended 14-day lockdown. It's the fourth lockdown for the state. And there's one question on everyone's mind: 'Why is it always Victoria?'

While NSW was able to get its coronavirus clusters under control a few weeks back, Victoria hasn't been so lucky - copping more lockdowns than any other state or territory in Australia.

So, what's going on? What exactly is happening in Victoria?

Professor Mary-Louise McLaws, an infectious diseases expert at the University of New South Wales, said the differences in population density and sociability were major contributing factors in helping the virus spread in Victoria.

“The difference between Melbourne and Victoria or, say, NSW is that you’ve got really great public transport. People can get around really easily or walk or push-bike. We can’t do that in Sydney," Professor McLaws told ABC.

“You’re very hyper-connected socially. Your city has younger people than Sydney has and they like to go out or they’re unemployed and they need jobs,” she said.

“They’re young, and it’s that sociability and it’s that ease with which people can get around Melbourne where it can spread rapidly."

Professor McLaws also said Melbourne has a "very well-connected migrant group", where often a lot of people live together, meaning the virus was more easily spread.

However, not everyone agrees with Professor McLaws.

According to Dr Liz Allen, a demographer from the Australian National University, the focus on “transport, age, jobs, migrant population” as contributing factors to Victoria's constant outbreaks, couldn't be further from the truth.

“The data doesn’t support the suggestions that population and behaviour differ – VIC and NSW aren’t all that different. In fact, the data points to NSW being at greater ‘risk’," she wrote on Twitter.

And when you look at the data, what Dr Allen is saying actually makes a lot of sense.

When considering virus outbreaks, population characteristics and behaviours are crucial. The data doesn’t support the suggestions that population and behaviour differ - Vic and NSW aren’t all that different. In fact, the data point to NSW being at greater ‘risk’.

According to Dr Allen, Victoria doesn't have a younger population than NSW residents, nor are they more ethnically diverse.

Dr Allen shared statistics from the 2016 Australian Bureau of Statistics, which proved that the population of people born overseas was roughly the same in Victoria and NSW – around 30 per cent.

Are there more migrants in Victoria versus New South Wales? No, the proportion of the population born overseas is similar in NSW to that in Vic. https://t.co/Xu82YOWXt3 pic.twitter.com/VRYui4CSnM

“The trouble with pointing the finger at subpopulations here is that individuals are being blamed incorrectly, and as a result, face demonisation,” Dr Allen said.

While experts have said people in Victoria live in more crowded situations than NSW, Dr Allen pointed out that overcrowding is actually a bigger problem in NSW.

What's more, Dr Allen also highlighted that when it comes to public transport, data shows Victorians are more likely than NSW residents to jump in their car over taking public transport. Not the other way around.

In fact, according to ABS data, Sydney has the highest use of public transport nationwide.

Do people in Melbourne use active transport (public + bike + walk) more than those living in Sydney? No, Sydneysiders have the highest rate of active transport use in the country. https://t.co/c47NvDfNXe pic.twitter.com/8YLrOeUz7q

Do people in Victoria travel longer distances than those living in New South Wales? No, average commute distances are similar for Vic and NSW. https://t.co/m9z7eAcZIL pic.twitter.com/36o06rg9no

Do people in Melbourne travel around more than those in Sydney? No, the data doesn't support that based on travel to work information. [Syd vs Melb mapping of net flows of journeys to work] https://t.co/3tLL1Nzxzg pic.twitter.com/JhHQBMfHlG

So, if it’s not transport habits, age, jobs and demographic, then what's the go? What is it?

“As time goes by, these new variants become more and more contagious," he said.

According to Dr Swan, this outbreak is different to previous outbreaks in Victoria, as this version is transmittable through “fleeting contact” among strangers.

“You can’t compare what’s going on this year to last year. It’s a different circumstance,” he told ABC.

“What it is, is bad luck and what NSW had three or four weeks ago was good luck.”

In an interview with The New Daily, Dr Allen said, “Luck plays a role. But leadership and public health measures matter, too.”

S
sarah a year ago