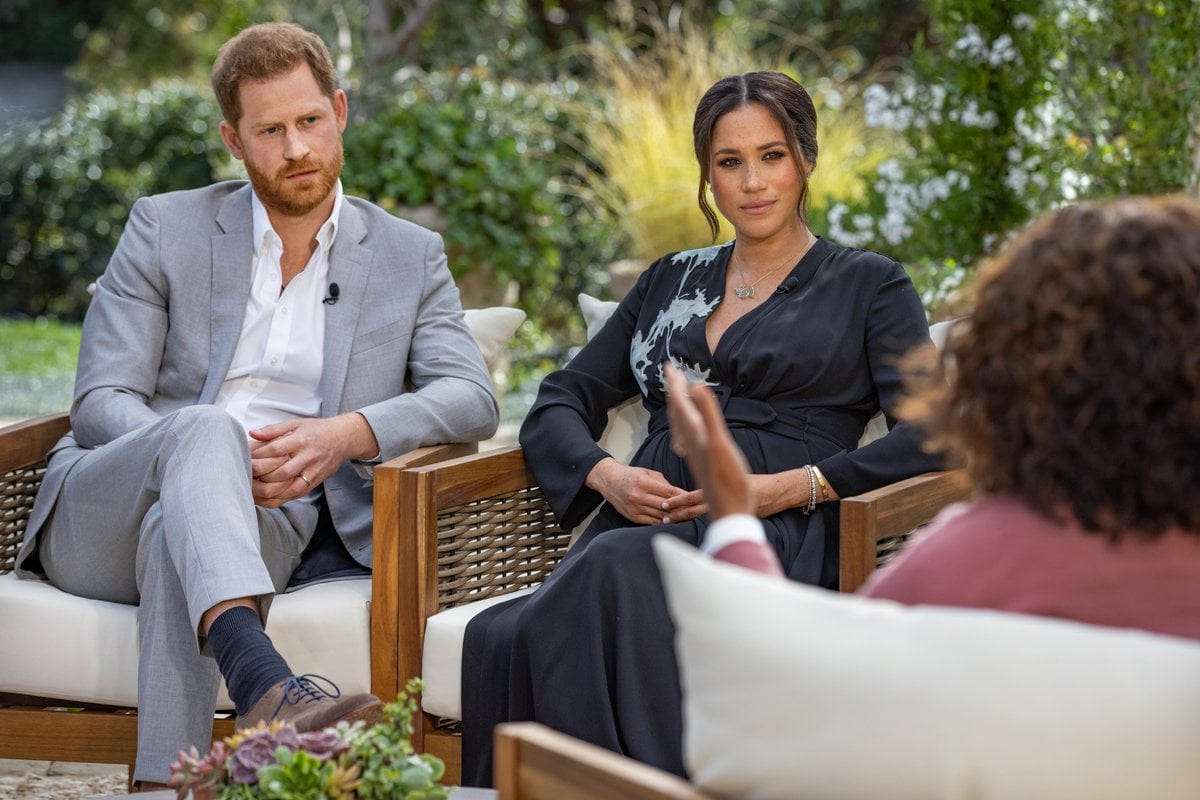 In an extraordinary interview with Oprah Winfrey, Meghan Markle has revealed she was "silenced" by the monarchy, that she was refused medical help by the palace when she felt suicidal and that concerns were raised about the colour of her son's skin.

The couple, who are currently expecting their second child, said the ultimate reason for their departure was the palace's lack of protection and support.

Why is Archie not a prince?

During the Oprah Winfrey interview, the Duchess of Sussex said her children would not be granted a royal title or security protection, with the suggestion it was due to concern over their skin colour.

So, what exactly is the royal convention?

Due to royal convention established by King George V in 1917, Archie would not be given the title of prince at birth, considering he is the great-grandson of the reigning monarch, Queen Elizabeth II. Only those who are the son or grandson will receive this title.

Convention states if Prince Charles becomes king, Archie will then become a prince.

However, Markle said during her interview with Oprah Winfrey that the royal family was considering changing this convention while she was pregnant, meaning Archie will be stripped of the prince title forever.

Instead, he is known as "Master Archie Harrison Mountbatten-Windsor". 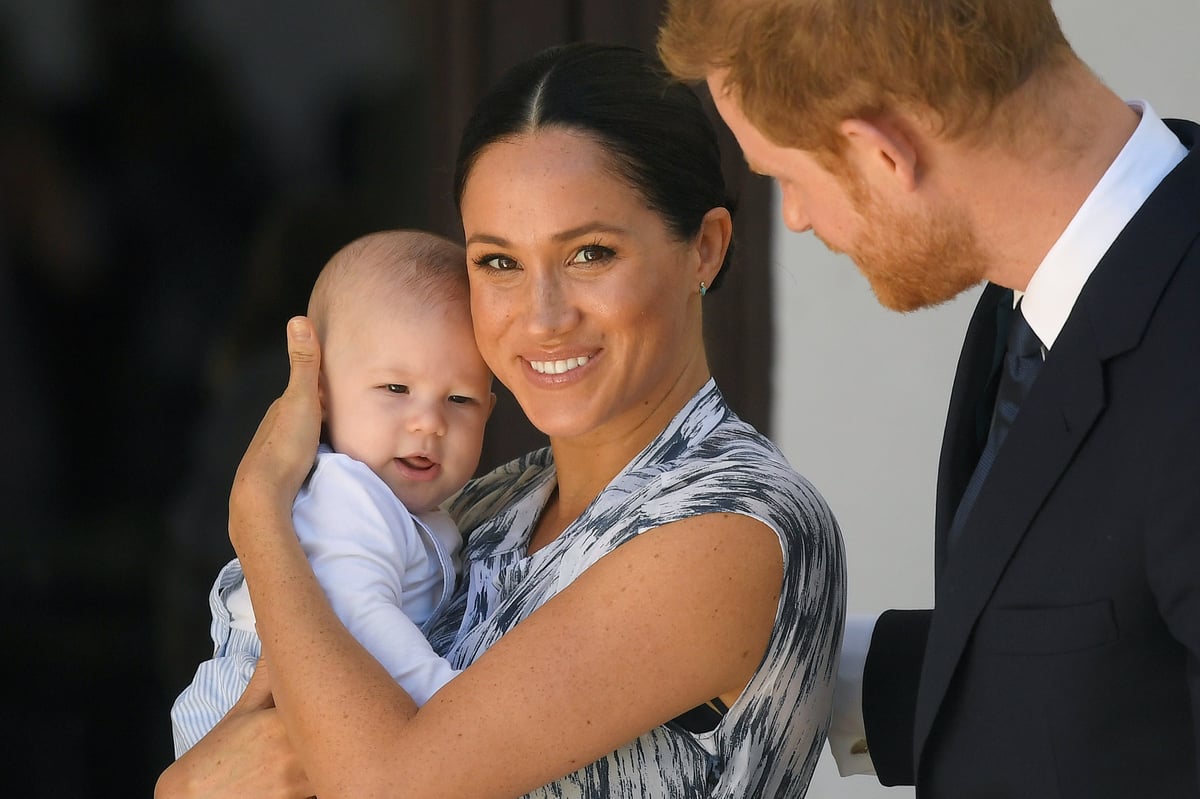 During the interview, Markle revealed there were "concerns and conversations about how dark his skin might be when he’s born".

“You’re not going to tell me who had that conversation?" Oprah asks after Meghan says there were concerns about her child's skin color

“I think that would be very damaging to them.” #OprahMeghanHarry pic.twitter.com/TGulbooO8P

Later, Prince Harry said he would not reveal who raised these concerns.

"That conversation, I am never going to share. But at the time, it was awkward. I was a bit shocked," he said.

The day after the interview, Winfrey clarified it was not the Queen or Prince Philip who made the comments about Archie's skin tone.

How much money did Princess Diana leave her son, Prince Harry?

Prince Harry said his family "literally cut [him] off financially" in the first quarter of 2020.

"I have what my mum left me and without that we wouldn’t have been able to do this," the 36-year-old told Oprah.

According to The Telegraph, Prince Harry and Prince William were each left with about £6.5 million ($11.74 million AUD). Their sums were invested and by his 30th birthday, when he inherited the full amount, it was worth around £10 million ($18.06 million AUD).

Prince Harry said "it’s like [Princess Diana] saw it coming and she’s been with us through this whole process."

How has the Royal Family responded?

Buckingham Palace is yet to respond to Meghan Markle and Prince Harry's accusations, including that the Duchess of Sussex was refused help when she revealed to the palace she was having suicidal thoughts.

According to The Times: "The Queen refused to sign off a prepared statement that officials had hoped would de-escalate tensions by highlighting the family's love and concern for the couple. She was believed to want more time consider her response."

Prime Minister Boris Johnson declined to discuss the drama at a press conference on Monday.

"I have always had the highest admiration for the Queen and the unifying role she plays in our country and across the Commonwealth," Johnson said. "As for all other matters to do with the royal family I have spent a long time now not commenting on royal family matters and I don’t intend to depart from that today."

Throughout the interview, Markle continually referred to the royal family as "the firm".

'The Firm' is a term typically used to refer to the core members of the royal family. It's credited to Queen Elizabeth II's father, King George VI, who is reported to have remarked that the royals are "not a family, we're a firm".

After all, they operate much like a business. There's a CEO (the monarch), a line of succession, salaries, staff, public relations management, and so on.

'The Firm' is often used in that context, when referring to the business/institutional function of the family, and therefore isn't exactly considered a term of endearment.

Were Prince Harry and Meghan Markle paid for the Oprah interview?

The Duke and Duchess of Sussex were not paid for the interview.

Reply
Upvote
1 upvotes
So for M&H to suggest that their son was denied a title due to his racial heritage is actually untrue? OK, got it. Also Harry, now estranged from his family, knows all about how royal titles work (Letters Patent 1917). So many people have taken what they have said to heart without fact checking. And it is creating a lot of division out there.

Reply
Upvote
3 upvotes
@chrissyinthemiddle Same for the racist comment about what colour Archie's skin would be.   Meghan inferred someone in the RF was openly racist to her about and that was the reason any child would not be a Prince.  Turns out, the comment was made to Harry before the marriage and no context for the comment was given.   Harry and Meghan knew what subjects would play well to their American audiences; race  and mental health.  I don't think they care one iota they have trashed the RF, because they know their bread and butter lies in America now.

Reply
Upvote
7 upvotes
@chrissyinthemiddle Yes factchecking is important, and according to that factchecking, Archie *is* entitled to a title when his grandfather (Charles) ascends the throne.  BUT, the RF changed THAT rule even, and now revoked his right for that title.  Do the fact-checking and watch the interview, it is very clear what Meghan and Harry were referring to.

Reply
Upvote
@chrissyinthemiddle I re-post with permission what someone said elsewhere about the removing of Archie's future birthright:

We used to have this huge pool in my local area of Virginia that has been around for years, when segregation became against the law, and more people who were not white started using the pool, the owner of the pool decided to pour concrete the pool because he did not want to share it . He claimed it is costly to maintained but black people were not fooled. They know exactly why he did it. And they were absolutely correct because my husband’s grandfather used to work there and knows the person. He specifically told him that he didn’t want to share the pool. He won’t admit it in public but he will admit it privately. People today still debated why he did it (on Facebook) white folks say”no, he did it because it was costly to maintain” black folks say no he did it because of Racism. And they argued back and forth. But it is from racism.

When you see things start getting taken away once a black person enter a picture, and it happens way too often, you know it’s racism . It’s no coincidence.

Reply
Upvote
@salemsaberhagen That rule was changed in 2013, well before Meghan and it was so the children in the direct line of the throne would have titles.  Once William had his kids, Harry was pushed further down the line None of the other great grandchildren of the Queen have the titles of PRince and Princess.  You have bought into the narrative Meghan and Harry are spruiking that Archie has been deliberately snubbed.
News
General
Opinion
True Crime
Politics
Sport
Explainer
Entertainment
Celebrity
Reality TV
Movies
TV
Books
Rogue
Royal
Lifestyle
Beauty
Fashion
Weddings
Home
Wellness
Health
Fitness
Travel
Food
Parents
Before The Bump
Pregnancy
Baby
Kids
Teens
School
Parent Opinion
Work & Money
Money
Finance
Career
Lady Startup
Relationships
Sex
Dating
Separation
Friendship
Family
Real Life
Couples