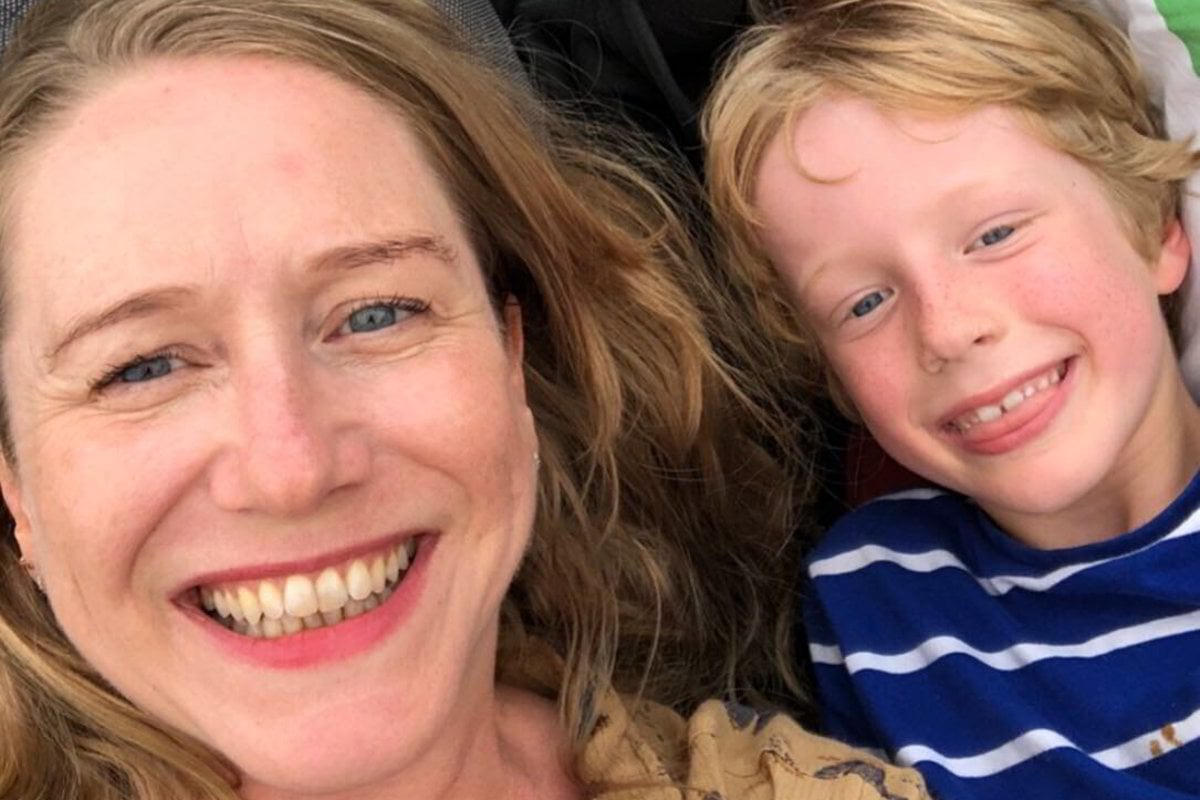 It's a hard sell, parenthood.

Hard because the PR is terrible. All parents like me ever do is bang on about how difficult it is, how tired we are, how much we're upset that life's not "about me" any more (yet, it seems... here I am, complaining about me).

Having babies hurts, raising babies is relentless, kids get so much more irritating when they express their own free will, etc, etc, etc.

Watch: The pressure to be a 'Good Mum'. Post continues below.

And it's also a hard sell because there's an enormous, often silent and invisible group of people who would love nothing more than to be those exhausted, whining, vomit-splattered parents keeping it real all over the socials.

And it's insensitive to be blind to that and it's patronising not to mention it. But, as a wise woman (Glennon Doyle, I believe) says, "We can do hard things".

And after my Mamamia Outloud co-host Jessie Stephens challenged me recently to convince any woman why she should have children, given all that she would apparently give up, suffer through and lose, I put my mind to a pitch. A list. A manifesto. Here goes.

Reasons to become a parent:

We could all do with some more of it. And nothing dishes it out like a toddler screaming DON'T TOUCH ME while flailing on the floor of a supermarket aisle during a pandemic.

There will be a window of time, when you are visibly pregnant, when many people will be nicer to you than you deserve. Savour that moment. Because once you have a crying baby on your hip at every outing, it will vanish in a puff of vaporiser steam.

Not doing very well, am I? Okay, what about:

3. Someone to look after you when you're old.

That's a classic hit, that one. But as I edge ever closer to being "old", this one becomes less and less ridiculous.

After all, everyone sizes up their kids and decides which one's more likely to come visit every day with some gossip. We're nicer to that one.

4. Someone to do things for you.

Once your kids can move around, they can clean up. None of them ever do, but, it's out there, a possibility. A hope.

5. Discovering exactly what you're capable of.

That time a little boy pushed my kid in the park and I pushed him back? We do not speak of that moment.

6. Discovering exactly what you're capable of 2.0.

But I often speak of that time I pushed a four kilo baby out of my body, and I experienced pain that took me to some kind of terrifying transcendent portal, rendering me unable to name any feeling other than it? I survived that sh*t. How am I doing now? Still a little snippy, right?

How did we get to number 7 without mentioning love?

The real reason modern parents don't go around telling everyone how great it is to have babies is that you would punch us in the face.

Listen to Mamamia Out Loud, where Holly and Mia try to convince Jessie that having kids is a good idea. Post continues below.

Because loved-up people are truly annoying, and even if I was the greatest wordsmith in the world, I don't think I could express the level of love I feel for my children.

To me, their faces are the most beautiful things I have ever seen (and I once saw Brad Pitt in the flesh, from a distance, but still) without question. I could look at my daughter sleeping and wonder how it's possible that there isn't a God.

We're talking THAT level of obsession.

And it feels good.

Which brings me to:

Bear with me, I promise this turns around.

Becoming a parent makes you vulnerable in the worst way. Suddenly, the stakes are so high you can't see their tip. The only thing that matters, when push comes to shove, is that this person is safe as they grow.

The fear and anxiety can be debilitating. It can also put everything else into perspective. Suddenly, "not sweating the small stuff" is a whole lot easier.

Funny because it's ridiculous.

The ridiculousness starts when you realise how much time you're spending talking about and thinking about poo. Its regularity, its colour and consistency.

It gets even sillier when your kid starts toddling about, bumping into things, falling on their bum and generally behaving like your drunk 21-year-old cousin at a wedding.

Then come the ridiculous in-jokes which will stretch on... for always.

There's a finite amount of control you can have over who your children turn out to be, which you'll learn in very short order. But any therapist can tell you, you're molding little minds here, people, and so if you want to create more humans you want to be around, and who you think other people might want to be around and who might, you know, not turn out to be power-hungry monsters, you're in the right place.

There, I said it. Sure, my kids might fill my life with more chaos and fear. They might fill it with less sleep and peace. But there is no question that my full-to-bursting world is crammed with joy thanks to them. And that is hard to sell, because it's invisible. But it's also insufferable.

This post was originally published in Holly Wainwright's newsletter, For Humans With Kids. You can sign up here.

Reply
Upvote
The whole childbirth teaches what you are capable of argument flattens the experiences of people who choose not to have children.
For example, I once chose to thru-hike a 1200 km trail solo as a challenge in my 20's.  While walking (and carrying everything I needed to survive) I obtained stress fractures in my leg and had to hike 70 kilometres to phone reception on a rugged trail for three days.  I had a safety beacon that would get me rescued, but chose not to use unless I determined I couldn't go on.  No offence to all the women who think that they are incredible creatures for following the biological order of things (and I do think giving birth is incredibly brave given all the things that can go wrong) -  but some women will push themselves to other physical, mental and emotional extremes because they are also brave.
<
<deleted> 2 years ago