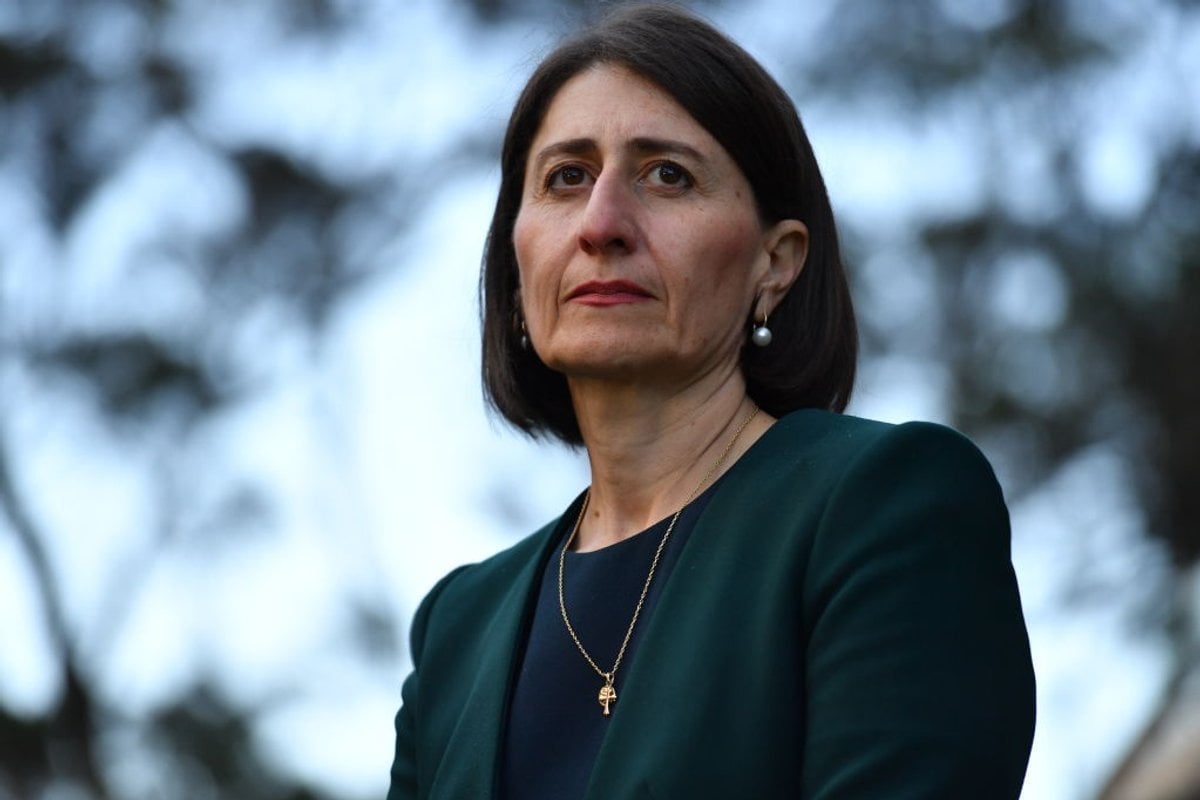 Gladys Berejiklian has resigned as NSW premier after the state's anti-corruption watchdog announced it would investigate her over her relationship with ex-MP Daryl Maguire.

"I have no option but to resign from the office of premier," she said on Friday.

"Resigning at this time is against every instinct in my body.

"I love my job, and I love serving the community but I have been given no option following the statement that's been issued today."

She will also leave parliament as soon as a by-election for her seat can be held.

Ms Berejiklian did not take questions from journalists after saying she had always exercised her duties with "the highest levels of integrity".

She will remain premier until her successor is appointed. She ascended to the NSW top job in early 2017.

The Independent Commission Against Corruption said in a statement on Friday that it was investigating whether Ms Berejiklian "exercised public functions" in a position of conflict between her public duties and private relationship with Mr Maguire, revealed in late 2020.

A public inquiry on the matter will be held from October 18, overseen by ICAC Assistant Commissioner Ruth McColl SC.

It is expected to last about 10 days.

It plans to look into whether Ms Berejiklian's relationship with Mr Maguire, then the Wagga Wagga MP, affected those arrangements and constituted a breach of public trust or partial exercise of official functions.

ICAC will also investigate whether Ms Berejiklian should have "suspected on reasonable grounds" that Mr Maguire may have engaged in corrupt conduct, and thus failed to report him to ICAC as required.

It will look into whether she "was liable to allow or encourage" his conduct.

Mr Maguire is accused of abusing his public office while serving between 2012 and 2018 as a state MP.

He's accused of using his public office and parliamentary resources to improperly gain a benefit for himself or for G8way International, a company Mr Maguire allegedly "effectively controlled".

The pair's five-year relationship was kept secret until Ms Berejiklian disclosed it at an ICAC hearing in October 2020.

Reply
Upvote
2 upvotes
OMG tonight’s news, Brad Hazzard said maybe ICAC model needs to change, do it behind closed doors. So typical of Liberals, never want transparency,  His Gladys has been exposed and they can’t handle it. They are learning from Morrison, it’s endemic in their thinking.
S
suz 8 months ago

Reply
Upvote
2 upvotes
People are missing something here. She is under a huge cloud brought on by herself. She didn’t have to break parliamentary rules and not disclose her relationship. She could have gone the other way and not orchestrated grants in the Wagga direction. Gladys was the maker of her own destiny. Now she has to die by that sword, politically. The thing we should be eternally grateful for is having an ICAC. We desperately need the Federal equivalent, then I am confident it would be GOODBYE MORRISON, what a good day that would be, as good as 1st October. As a politician once said ‘we have
to keep the B……..ds honest, somehow’.
THANK YOU ICAC.
M
mamamia-user-482898552 8 months ago

Reply
Upvote
1 upvotes
@suz Yes, it's been interesting to see many media and press outlets trying to make out like she's a victim here. She failed to disclose a significant conflict of interest, and her integrity is under question and formal inquiry as a result. End of.
S
suz 8 months ago

Reply
Upvote
2 upvotes
@mamamia-user-482898552
You are exactly right and we are not talking a bottle of wine here, the starting amount in question is 25 million dollars, not small fry. I think she knows  she is sunk as she could have stepped aside, not resign and give up her seat. She wants out of spotlight when it all breaks.
M
mamamia-user-482898552 8 months ago

Reply
Upvote
1 upvotes
@suz Indeed, the fact she didn't temporarily step aside instead of resigning altogether hasn't been scrutinised by the media either. This very site even claims she didn't have the option of temporarily stepping aside!
S
suz 8 months ago

Reply
Upvote
1 upvotes
@mamamia-user-482898552  Neville Wran stepped aside for 90 odd days, was cleared and filled his position again as Premier, so there is a precedent there. She hasn’t only resigned her role but giving up  her seat early and creating a by-election. A little extreme. I think she has a lot to answer for. People don’t race to shred papers under normal circumstances. All will be revealed.