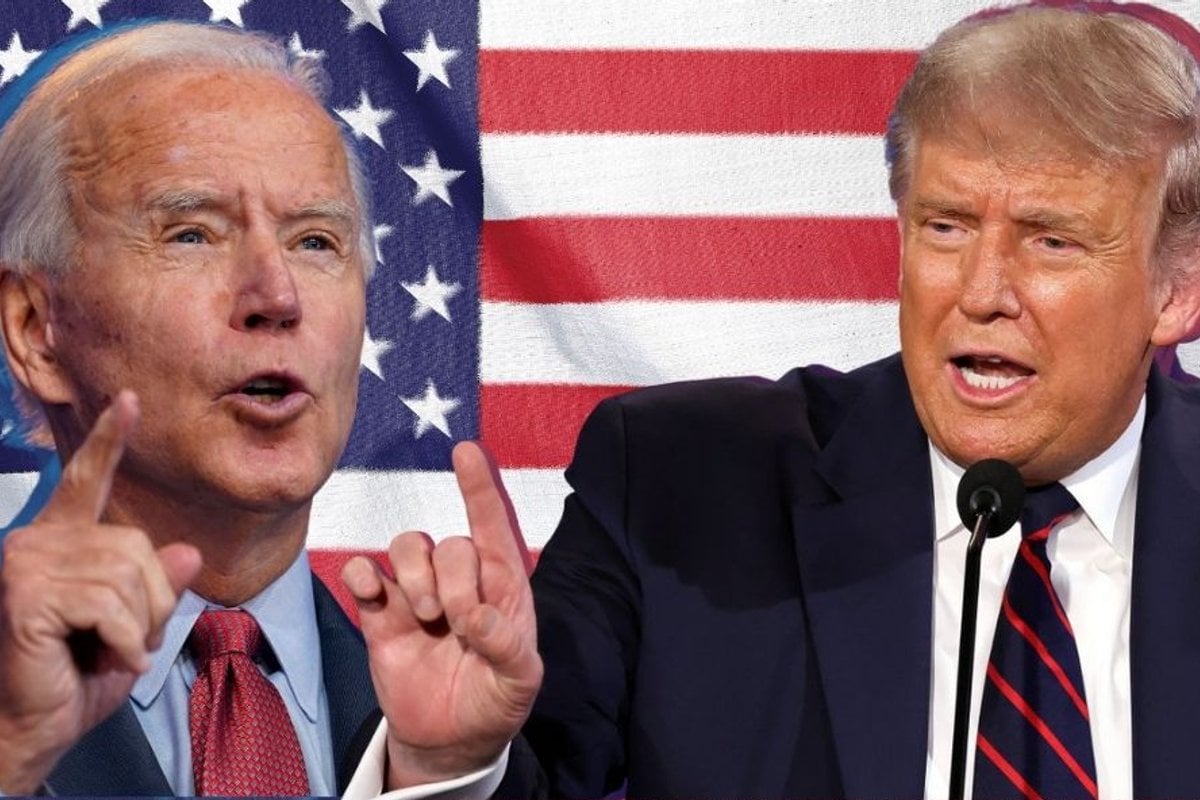 For an up-to-date guide on everything you need to know today about the US election, look no further. We're regularly updating this article in real time so you don't miss a thing.

'Frankly we did win this election.' Trump claims victory far too early.

In a speech made with VP Mike Pence by his side, President Donald Trump has claimed victory for the US election.

"Millions and millions of people have voted for us tonight. The results tonight have been phenomenal. We're getting ready, we're all set, to get outside and celebrate something."

He listed his 'successes' in various states, declaring voting numbers that are yet to be verified.

"Such a vote, such a success. Citizens of this country have come out in record numbers. This is a record, there's never been anything like it. To support our movement. We've won states that we weren't expected to win. Florida... We won it by a lot.

"We've also clearly won North Carolina. We're up 1.4 per cent, or 77,000 votes, with approximately five per cent left. They can't catch us.We also, if you look, and if you see, we have Arizona. We have a lot of life in Arizona. Mostly we're winning Pennslyvania by a tremendous amount. We're up 690,000 in Pennslyvania. These aren't even close." 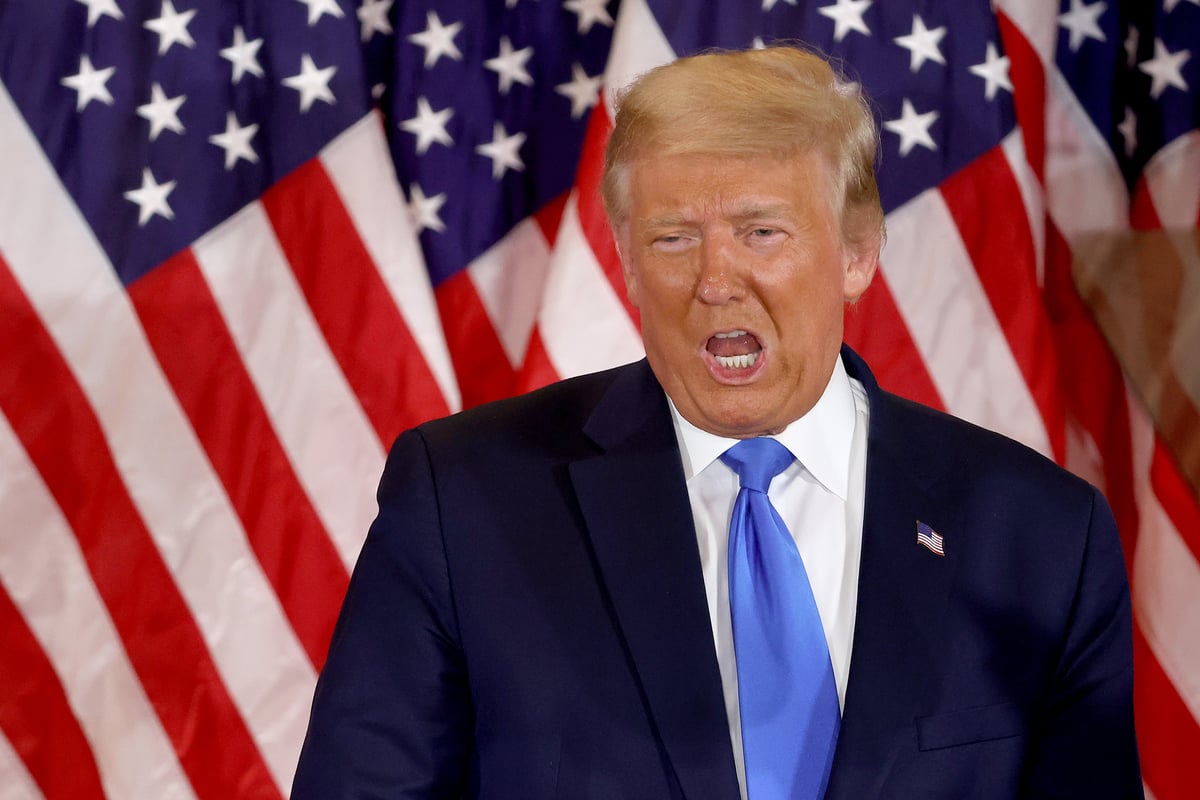 During his speech Trump alleged election fraud, despite ballots still being counted across the country - accusing Democrats of essentially being bad losers who want to take him to court.

Trump continued: "This is a major fraud on this nation. We want the law to be used in a proper manner, so we'll be going to the US Supreme Court. We want all voting to stop. We don't want them to find any ballots at four o'clock in the morning and add them to the list."

And how did Trump end his speech? As boldly as he started it:

"We will win this, and as far as I'm concerned, we already have."

'We're going to win this.' Biden has given a statement as millions of votes continue to be counted

Democratic candidate Joe Biden has said he remains optimistic that he will win the 2020 US election, as millions of votes continue to be counted in a race that is turning out to be extremely tight.

"I am here to tell you tonight that we believe we are on track to win this election," the former Vice President said in the early hours of Wednesday morning, local time. "We are feeling good about where we are."

"We are feeling real good about Wisconsin and Michigan. And, by the way, it is going to take time to count the votes. We are going to win Pennsylvania!"

Biden, who had his wife Jill Biden by his side, asked his supporters to be patient with the counting process, which is now expected to go for days.

As Biden walked off the stage, Trump tweeted that he will also make an announcement this afternoon, and said he has had a "big WIN" in this election.

I will be making a statement tonight. A big WIN!

We are up BIG, but they are trying to STEAL the Election. We will never let them do it. Votes cannot be cast after the Polls are closed! 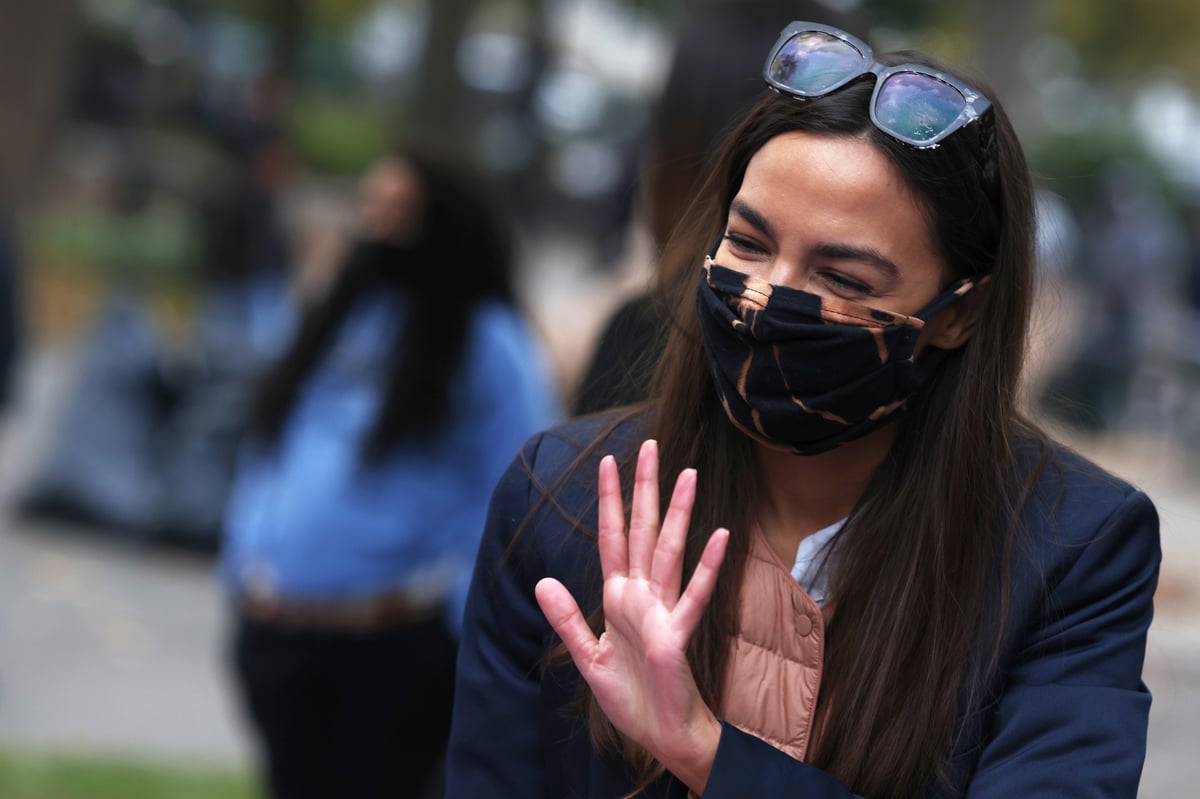 The high-profile congresswoman became the youngest woman ever elected to Congress in 2018, and this election has won against first-time Republican challenger, John Cummings.

It comes as the Democratic party is projected to maintain a majority in the House of Representatives, the lower chamber of the US Congress, according to projections from media outlets.

NBC News and Fox News said the centre-left Democrats will hold enough seats to keep the majority they won in the 2018 mid-term elections. The extent of the gap over the centre-right Republicans is still unclear.

Democrat Joe Biden has won New Hampshire and its four electoral votes, holding on to a state that President Donald Trump only narrowly lost in 2016.

The state was considered a 2020 battleground despite not going for a Republican presidential candidate since George W. Bush in 2000.

Four years ago, Democrat Hillary Clinton won the small state over Trump by roughly 2700 votes. That's less than 1 per cent of the 732,000 ballots cast, and it was the second-closest margin of victory in the country.

President Donald Trump is now the betting favourite to win the 2020 Presidential election, according to several Australian bookmakers.

Whilst former Vice President Joe Biden started the day as the firm favourite, it has since flipped as votes have been counted and results have started to trickle in.

The market is moving significantly in the #USElection! Donald Trump is now a firm favourite 👀 pic.twitter.com/kUaLZzlNWj

JUST IN: Donald Trump is now favourite to win the US Presidential Election according to betting markets

In order to win the presidency, a candidate must clinch the majority of the 538 electors' votes. Basically, it's a race to 270.

President Donald Trump is leading Democratic rival Joe Biden in the vital battleground state of Florida while other competitive swing states that will help decide the election, including North Carolina, remain up in the air.

The two contenders split the early US states to be projected in the White House race as expected, with conservative states like Alabama, Indiana, Kentucky and Tennessee going to Trump and Democratic-leaning Massachusetts, Vermont, New York and Connecticut going to Biden, according to projections by television networks and Edison Research.

But none of the approximately dozen battleground states that will decide the race had been settled as polls closed in a majority of US states, with close races developing in many of them.

In Florida, widely seen as a must-win state for Trump in his quest for the 270 Electoral College votes needed to win the presidency, Trump was leading Biden 51.2 per cent to 47.8 per cent with 93 per cent of the expected votes counted.

Watch Trump and Biden in the first presidential debate. Post continues after video.

Part of Trump's strength in Florida came from an improved performance relative to 2016 in the state's counties with large Latino populations. Trump's share of the vote in those counties was larger than it was in the 2016 election.

Many younger Hispanics were ardent supporters of US Democratic Senator Bernie Sanders during the party's primary campaign, but in opinion polls expressed little enthusiasm for Biden, viewing him as too moderate and out of touch.

In the Miami area, Latinos are predominantly Cuban Americans, where generations of families have fled communist rule in Cuba. Trump's messaging about Biden being a socialist seemed to be working with them and with Venezuelans there despite Biden's denials.

Edison's national exit poll showed that while Biden led Trump among non-white voters, Trump received a slightly higher proportion of the non-white votes than he did in 2016.

Biden, 77, still has multiple paths to the 270 Electoral College votes he needs to win without Florida despite having spent lots of time and money trying to flip the state that backed Trump, 74, in 2016.

Biden was neck and neck with Trump in the battleground state of North Carolina, tied at 49.4 per cent with 86 per cent of expected votes counted.

Biden, 77, the Democratic former vice president, has put Trump's handling of the coronavirus pandemic at the centre of his campaign and has held a consistent lead in national opinion polls over the Republican president.

Opinion polls show Trump, 74, is close enough in election battleground states, including Pennsylvania, Michigan and Wisconsin, that he could repeat the type of upset he pulled off in 2016, when he defeated Democrat Hillary Clinton despite losing the national popular vote by about 3 million ballots.

"I think we're going to have a great night," Trump said in Arlington, Virginia where he thanked campaign workers. "But it's politics and it's elections, and you never know."

"Winning is easy. Losing is never easy - not for me it's not," Trump added.

Ahead of Election Day, just over 100 million voters cast early ballots either by mail or in person, breaking records and prompting some experts to predict the highest voting rates since 1908.

Voters on Tuesday will also decide which political party controls the US Congress for the next two years, with Democrats narrowly favoured to recapture a Senate majority and retain control of the House of Representatives.

Kanye West casts vote for himself

Rapper Kanye West has voted for himself as the next US president after a longshot campaign marked by erratic statements and speculation that he might siphon some black votes from Democrat Joe Biden.

The singer and fashion designer tweeted on Tuesday that he was "voting for the first time in my life for the President of the United States, and it's for someone I truly trust ... me".

He later posted video of himself casting his vote in Cody, Wyoming, where he wrote himself in on the ballot.

West, 43, got onto the presidential ballot in a handful of states, although not in battlegrounds such as Florida, Pennsylvania and Michigan. He has spent recent weeks instructing followers how to vote for him as a write-in candidate elsewhere.

West's celebrity wife, Kim Kardashian, did not appear to be supporting his bid. She has given no public endorsements of her husband and on Tuesday she retweeted a message about voter hotlines from Democratic vice-presidential contender Kamala Harris.

West, once one of Trump's biggest celebrity supporters, launched his campaign for the White House in July with erratic statements that raised concerns over his mental health. The 21-time Grammy Award winner said in 2018 that he suffers from bipolar disorder.

West lent $US6.7 million ($A9.4 million) to his campaign, according to a filing with the Federal Election Commission, and in a recent video emphasised religion and family values.

US First lady Melania Trump has cast her vote, stopping in at a voting centre in Palm Beach, Florida, close to President Donald Trump's Mar-a-Lago resort.

Asked why she didn't vote with the Republican president last week, the first lady told reporters on Tuesday: "It's election day so I wanted to come here to vote today for the election."

The first lady waved and smiled to reporters.

She was the only person not wearing a mask to guard against the coronavirus when she entered the Morton and Barbara Mandel Recreation Center to vote.

Mrs Trump's spokeswoman Stephanie Grisham said the first lady was the only person in the polling site, with the exception of a couple of poll workers and her own staffers, all of whom were tested.

Grisham said no one was near the first lady "because of social distancing and the privacy" people receive when they vote.

Mrs Trump announced in a blog post last month that she had recovered from a bout with COVID-19 that included headaches, body aches and fatigue and said she had tested negative.