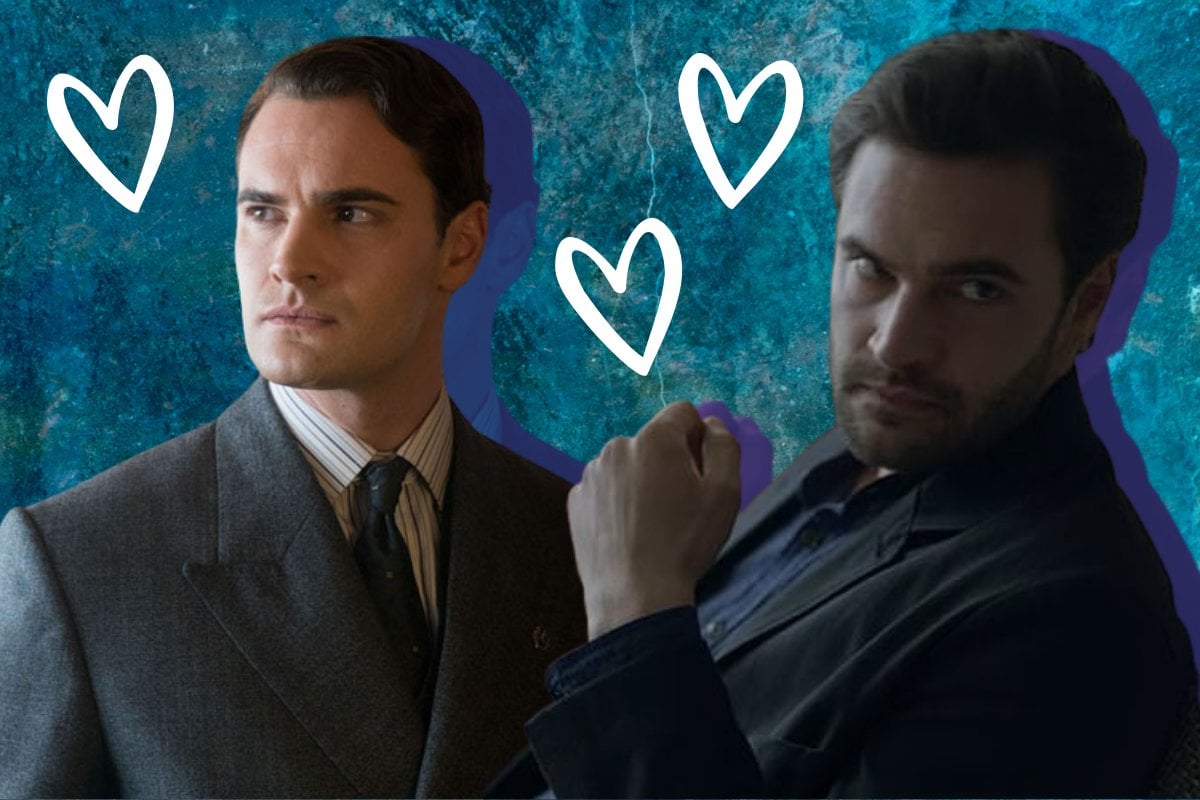 A.K.A. Behind Her Eyes' David.

A.K.A. our newest collective crush.

Before we proceed, please, watch the trailer for Behind her Eyes to see Tom in all his glory. Post continues below.

If you've already watched Behind Her Eyes, I'm sure you're well acquainted with his faux Scottish accent and... face, but there's a good chance that is as much as you know of the 31-year-old actor.

We know, we know. You have questions.

Us too. That's why we took the liberty of trawling the internet to find you everything we know about Tom Bateman and where you can find him now that Behind Her Eyes is binged and gone.

Tom Bateman grew up in Oxford, England and much like his character in the show, he's super mysterious with absolutely no social media. (Why does that make him even sexier?)

Bateman has starred in a few films and shows outside of Behind Her Eyes including Murder on the Orient Express in 2017, where he met his girlfriend/potential fiancée, Daisy Ridley.

We say potential fiancée because the pair are notoriously private, but Ridley was spotted wearing an engagement ring back in 2019.

When asked about it in an interview with Marie Claire, she said:

"The thing is, I've never talked about my personal life, so I won't talk about it now. I'm so aware of how much information about my life is out there, so if there's one thing I don't want to talk about.

"It's a really nice ring that I wear. It's the first time I've publicly been asked this one."

I think we all know what that means...

Before you feel a little disheartened by Bateman's relationship status though, we thought we should let you know Bateman is a twin.

The self-proclaimed, lesser attractive one at that.

"Merlin [my twin brother] is better looking than me, and he will claim that, as well," He said in an interview with People in 2017, also explaining that he grew up a whopping 13 siblings.

“The amazing thing about having so many brothers and sisters, they cover every single base, you know,” he said. 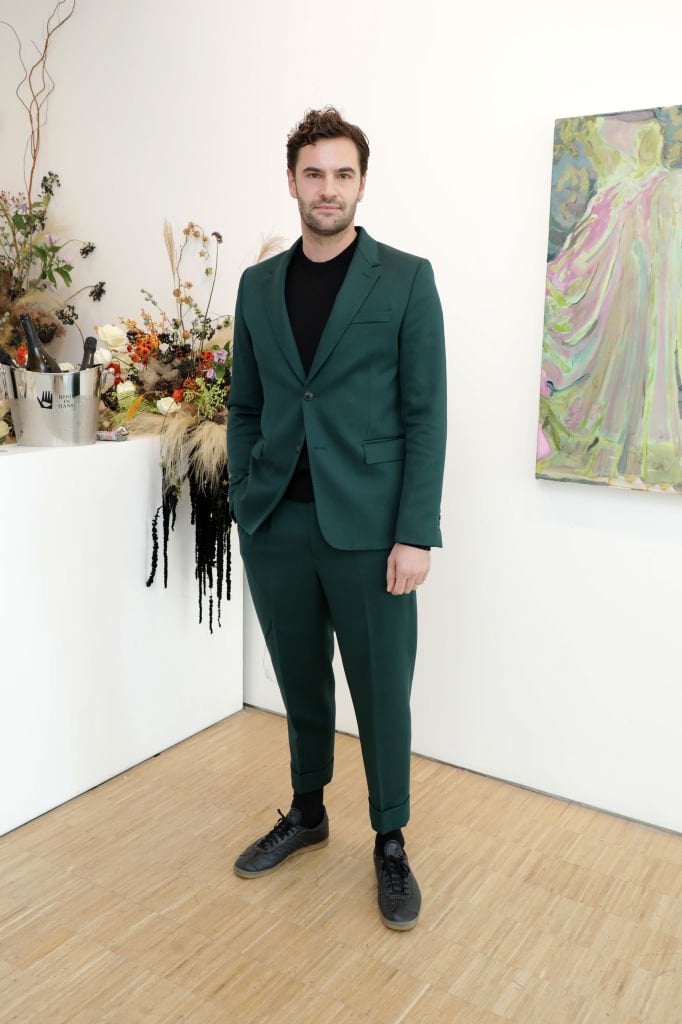 Behind Her Eyes marks a change from Tom Bateman's previous roles where his niche was period dramas (hello, Bridgerton season two?).

The star explained his love for that particular genre as they: "instantly make you act different," in an interview with PBS.

"The reason I love filming period dramas, is that they instantly make you act differently,

"People don't talk about their feelings as much. They don't say, 'Oh, I really fancy you.' And you don't touch each other. So, you have to add another way of expressing those feelings which is really fun."

When it came to auditioning for the role of David though, Bateman's strong period-loyalty was overshadowed by the excitement he felt with the complex character Netflix created.

"Selfishly as an actor, when they offer you a role, you read it and go, 'Oh, my bits are wonderful,' and they were," he said to Netflix earlier this year.

Where else do you know him from?

Because he's notoriously private and you can't have a stalk on Instagram, you'll have to enjoy Tom Bateman the old-fashioned way. Through his repertoire of movies and shows.

In 2017, Bateman starred in Murder on the Orient Express as Bouc. 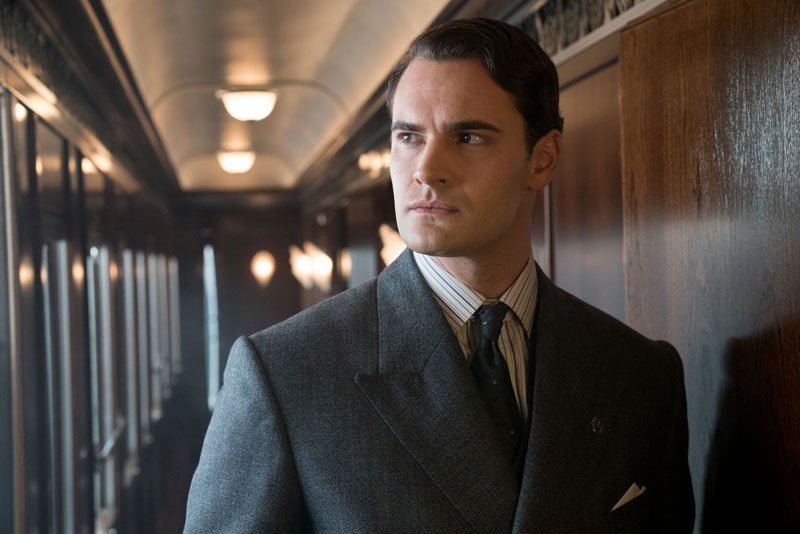 He also appeared in season four of Blue Bloods and historical drama series Beecham House in 2019.

You can find him in other films like Cold Pursuit: 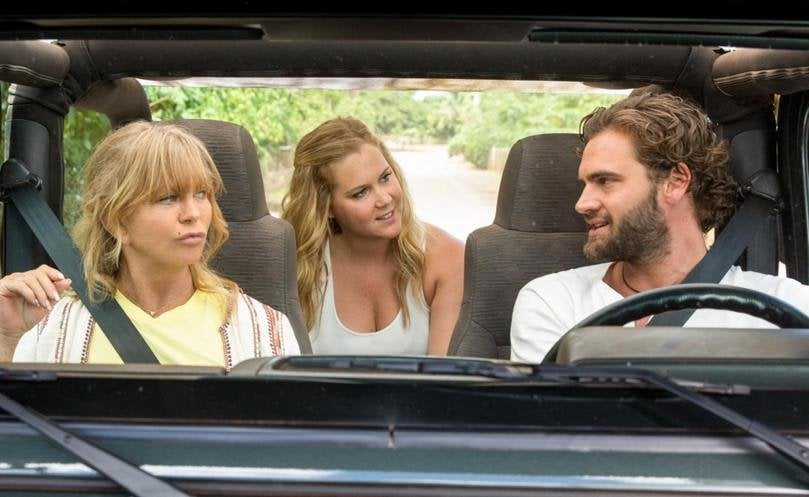 And even Death on the Nile, which premieres later this year. (No saucy photos just yet, but stay tuned.)

There are also rumours that Behind Her Eyes will be renewed for a second season, but there's been no confirmation just yet.

Here's to hoping for another six hours with David in the near future.