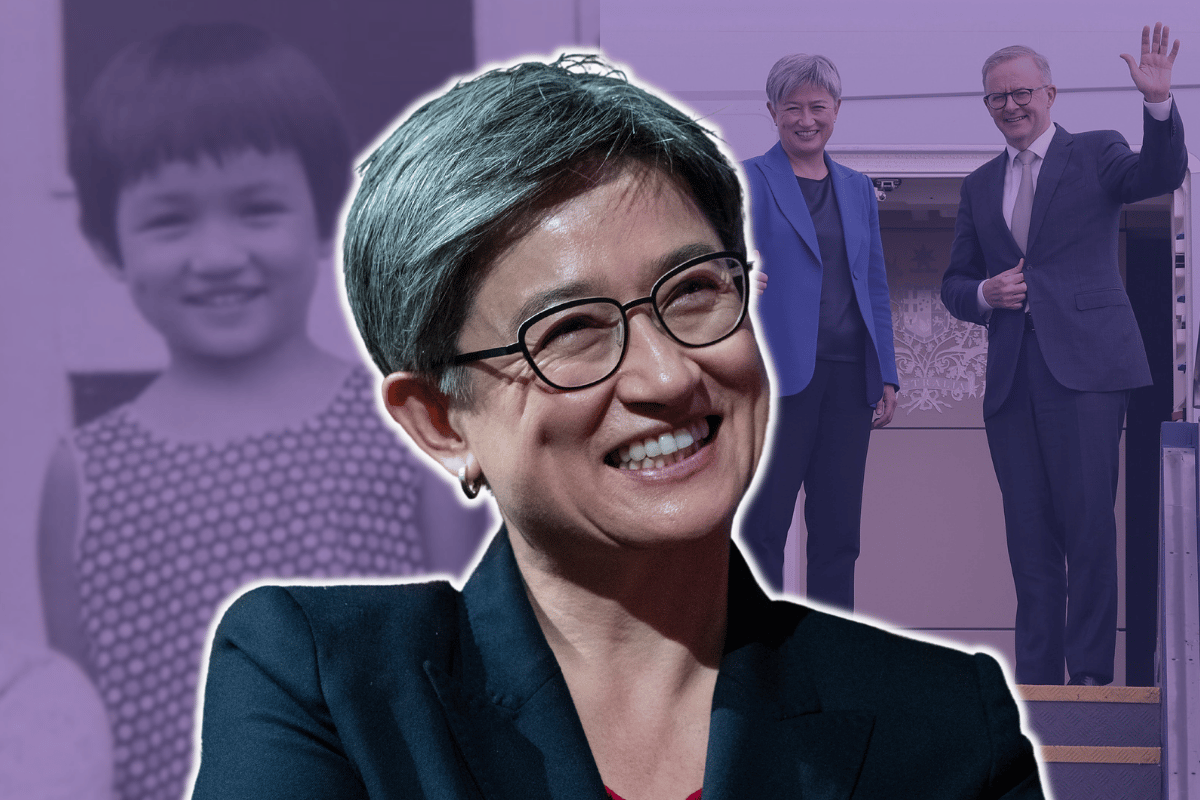 Penny Wong remembers just how "hard" her first day of school was in Australia.

"I was probably the first Asian a lot of those kids had ever seen, and I remember things being said as we walked in to go to enrol," she told SBS.

"That was the first time I actually realised race was a factor."

Penny moved to Australia from Malaysia with her family when she was just eight years old.

But while she felt she "didn't belong for some time", she would later go on to become a formidable figure and political pioneer in Australian parliament.

Now 53, she's the first woman in Australia to be appointed the Leader of the Opposition in the Senate.

The first Asian-born person to hold an Australian cabinet position.

And now, the first foreign minister to be born overseas.

As Penny settles into her new role in the newly elected Labor party, here's a look back at her life and career.

Born in Malaysia, Penny moved to South Australia with her brother, Toby, and her Australian mother in 1976, following her parents' divorce.

Growing up in Adelaide, the siblings endured bullying in school due to their race.

"The area we moved into was not a hub of multiculturalism," she told the University of South Australia. 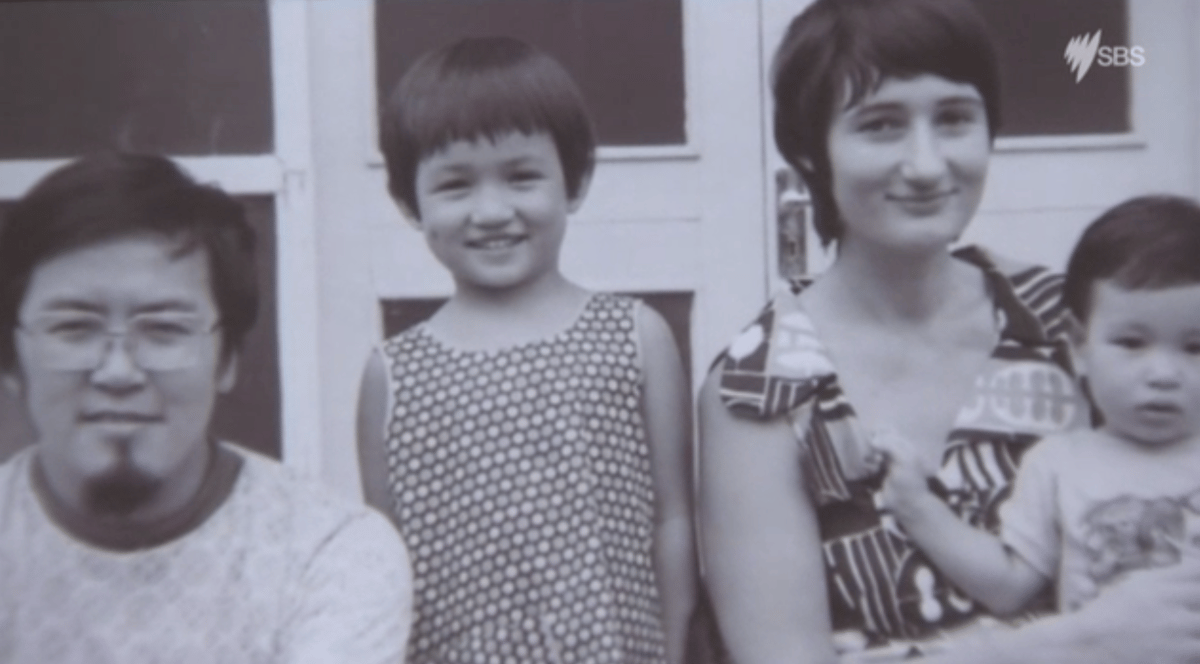 Throughout her life, Penny's biggest influence was her father’s mother, who lost family members in the Second World War.

"The influence she had on me was not what she said, but the life she lived. Her determination to survive taught me two things: remember how lucky you are, and remember the obligation you have. If you are given an opportunity, do something with it."

And so she did.

Penny won a scholarship to the elite Scotch College and decided to pursue a career in medicine.

However, she later discovered she had a fear of blood while volunteering at a hospital in Brazil and decided to pivot her studies.

She later graduated in law and arts from the University of Adelaide.

After graduating, she worked for a union, before taking up a role as a ministerial adviser in the NSW Labor Government.

Listen to Mamamia's interview with Penny Wong on the 'I Don't Know How She Does It' podcast. Post continues below.

Penny's experience of marginalisation growing up motivated her to get into politics.

"I think wanting to be in parliament in many ways is connected to arriving here," she told SBS.

In 2001, Penny was elected as a South Australian Senator on the same day of her brother's 30th birthday.

Ten days later, he took his own life.

The 53-year-old later touched on her brother's death during her maiden speech saying, "Your life and death ensure that I shall never forget what it is like for those who are truly marginalised".

The following year, Penny came out as a lesbian shortly after she assumed her seat.

As the first openly gay member of parliament, she's continuously faced homophobia and misogyny throughout her career.

"There’s no doubt that homophobia is still a problem across our community, and the remnants of that are reflected in our parliament also. I think most politicians – particularly women – will be able to tell you we get some pretty nasty comments on social media. Unfortunately for me, those comments will sometimes have an ugly homophobic undertone."

In 2003, Penny was elected to the Shadow Ministry.

When Labor won government in 2007, she became the Minister for Climate Change and Water. After the 2010 federal election, she was appointed as Minister for Finance and Deregulation.

In 2017, Penny was a vocal supporter for the legalisation of same-sex marriage and famously teared up when news broke that Australia reached a 'yes' majority.

To all Australians thank you for standing up for fairness and equality. To my colleagues and all those who fought for this great outcome, thank you. pic.twitter.com/g8gaQJtzyC

For Penny, the news meant her two children, who she shares with her partner Sophie Allouache, could grow up in the "sort of country" she wants for them.

"As much as I love Sophie, [this] has never been just about our relationship, it has actually been about the sort of country we want," she told 9News at the time.

"And I often think about my daughters, beautiful daughters, Alexandra and Hannah and the sort of country I want for them. What Australia did yesterday was voted for that nation and for that, I am eternally grateful."

This week, the 53-year-old took the next step in her political career when she was sworn in as our foreign minister, alongside the prime minister and three other ministers.

It’s a great honour to be sworn in as Foreign Minister, and to watch as my colleagues and good friends @AlboMP @RichardMarlesMP @JEChalmers and @SenKatyG all took their oaths. pic.twitter.com/VIhiBmZLk6

Outside of politics, Penny is busy raising two daughters with her partner, Sophie, in Adelaide.

The couple welcomed their first daughter, Alexandra, in 2011 after she was conceived through IVF using a sperm donor.

"Sophie and I are delighted beyond words."

Penny and Sophie later welcomed their second daughter, Hannah, in 2015 with the help of the same sperm donor.

"Sophie and I are delighted to announce the arrival of Hannah, a sister to Alexandra," Penny wrote on Twitter at the time. "Everyone is doing well."

Sophie and I are delighted to announce the arrival of Hannah, a sister to Alexandra. Everyone is doing well. pic.twitter.com/7y8Y9Cku2Q

Speaking to Mamamia in 2016, Penny said she's prioritises time with her kids when she's not in Canberra.

"I try and structure my trips so I get home during the week on non-sitting weeks and I try to carve time out [when] I'm there for the kids," she said. "So I try and be really clear about what I need to do when I'm in Adelaide."

Reply
Upvote
1 upvotes
So many people talk about quotas as though every single man in politics got there by pure merit.
B
bowerbird 3 months ago