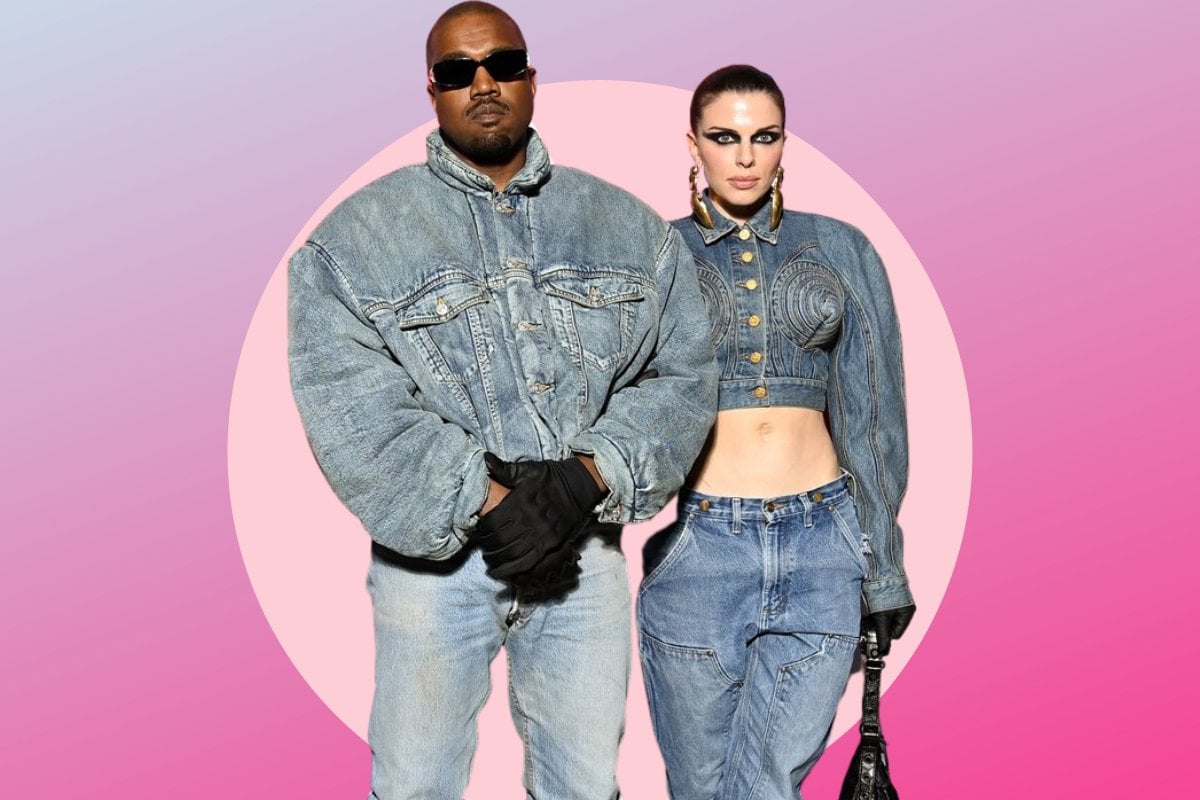 It's been a year since Kim Kardashian and Kanye West announced their separation in February 2021, and boy a lot has happened since.

There have been public declarations of love, Kim dating Pete Davidson, and Kanye linked to multiple women, with the latest being Julia Fox. But after a month of headlines and matching outfits, West and Fox have called it quits.

"Julia and Kanye remain good friends and collaborators but they are no longer together," Fox's rep said on Wednesday.

On her Instagram Story, Fox shared how she wasn't particularly cut up about the split.

In response to a Daily Mail article claiming she was tearful at LAX airport following the breakup, the actress wrote: "I haven’t cried since 1997 and I especially wouldn’t cry over THIS!!!"

"If anything, I’ve been laughing more than before."

Now there's a good chance you're wondering, who is Julia Fox? And why has everyone been talking about her and Kanye West?

Here's a quick recap of the couple's brief relationship.

So, why was everyone talking about Kanye West and Julia Fox?

If you didn't see those photos of Kanye West and Julia Fox plastered all over the internet, let's start at the beginning.

Over New Year's, rapper Kanye West and actress Julia Fox sparked dating rumours after being spotted together on multiple occasions.

Then on January 5, the actress wrote for the American magazine Interview confirming their romance, detailing how they met, and sharing exclusive photos from their second date.

"I met Ye in Miami on New Year’s Eve and it was an instant connection," Fox, 31, wrote about the rapper, 44, who has legally changed his name to Ye.

"His energy is so fun to be around. He had me and my friends laughing, dancing, and smiling all night."

Fox explained that on their second date at the popular New York City restaurant Carbone, West directed a photoshoot for the actress while people dined, before continuing the photoshoot in a hotel room.

"At the restaurant, Ye directed an entire photo shoot for me while people dined! The whole restaurant loved it and cheered us on while it was happening," she wrote.

"After dinner Ye had a surprise for me. I mean, I’m still in shock. Ye had an entire hotel suite full of clothes," she continued.

"It was every girl’s dream come true. It felt like a real Cinderella moment."

"Everything with us has been so organic. I don’t know where things are headed but if this is any indication of the future I’m loving the ride," Fox added.

On January 24, West and Fox made their red carpet debut as a couple in matching denim outfits while attending the Kenzo FW22 fashion show, as part of Paris Fashion Week. 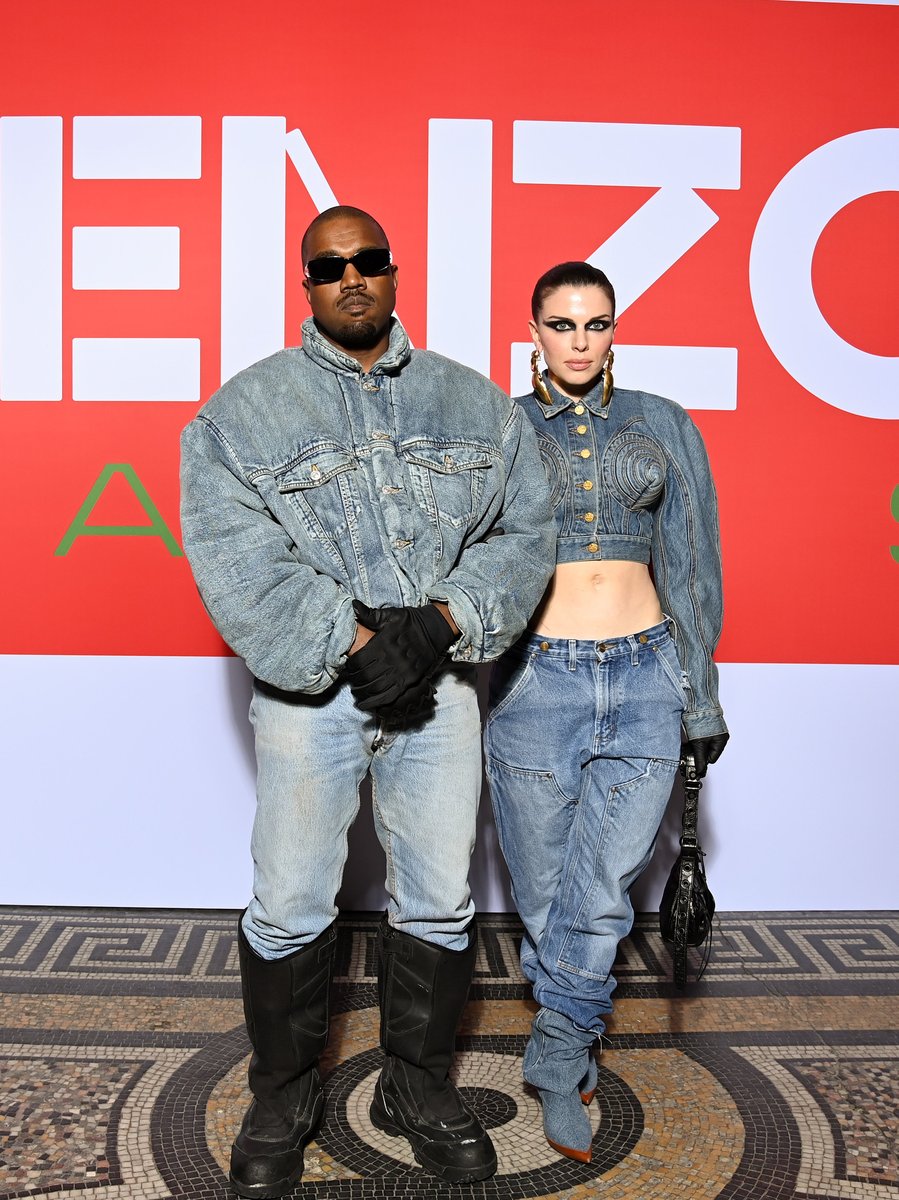 Their coordinated ensembles followed swiftly after Fox set the record straight about her dating the famous rapper on her podcast earlier that week.

"It’s funny cause I’m getting all of this attention, but I really couldn’t care," she said.

"Watch my movie, read my book. That is more thrilling to me now than eyes on me. I couldn’t care less."

Who is Julia Fox?

Julia Fox, 31, is an Italian-American actress, best known for her breakout role in the 2019 film Uncut Gems, opposite Adam Sandler.

In 2020, Fox starred in two films - Puppet and PVT Chat, and in 2021, she appeared alongside Jon Hamm and Don Cheadle in the crime thriller, No Sudden Move.

"This was back when Craigslist still had an 'adult gigs' section," she told the publication in 2020.

"I was scrolling, and in between ads for prostitutes, I clicked on one that said 'no nudity, no sex.' That appealed to me," she continued.

"You're given a few words on what the client’s interests are and then you have to build from there and improvise the rest.

"So imagine having to do that multiple times a day in different outfits — a nun, teacher, nurse, mum — according to the clients' desires. I went in an angsty teenager and left a really self-assured woman."

Fox also has a one-year-old son named Valentino with whom she shares with her ex-husband, pilot Peter Artemiev.

What did Kim Kardashian think about all of this?

While West's ex-wife Kim Kardashian never directly commented on his relationship with Fox, a source has claimed that she thought it was "comical".

"Kim thinks it's comical Kanye went from begging her to come back to showcasing his new girl all over the city within days," the source told The Sun.

"She knows it's not serious and is just typical hijinks from Kanye. Kim thinks it's another desperate attempt to make her jealous. She honestly doesn't care, she's very over him at this point so his little game isn't working.

"All she cares about right now involving Kanye is raising their four kids and making sure they have a happy life, that's it."

Reply
Upvote
1 upvotes
You know what else hasn't happened since 1997?
Rocking a whale tail g-banger, that's what.
L
laura__palmer 6 months ago

Reply
Upvote
1 upvotes
I mean, he's still pretty obsessed with his ex. Disturbingly so. Probably good to get out now!

Reply
Upvote
@laura__palmer he apparently sent Kim a truckload of flowers for Valentines day... I don't know who Kanye has around him, or even if they are able to do anything anyway, but clearly he is not doing well mentally right now. The public ranting is concerning, he's made threats against Pete Davidson, and I can see this all ending very badly if he doesn't get help.
L
laura__palmer 6 months ago

Reply
Upvote
1 upvotes
@rush The whole thing is quite concerning, really. If I was Kim, I'd be worried about my safety and Pete's.
He keeps putting these rants up on Insta and then deleting them. And all his old posts, too. He's definitely spiraling. It's terrible that it's all playing out in front of the world like this, too. Especially for his kids.

Reply
Upvote
@laura__palmer it concerns me that people might think this is all just more celebrity bullshit. I've seen comments elsewhere that this is all being played up for publicity because Kanye has a new album coming out soon, and it's worrying that his behaviour is being so easily excused. If this was your friend's ex-husband Kev, the plumber, who was posting stuff like this about his ex-wife, his kids, and her new boyfriend, you'd be telling her to get a restraining order! As I said, I don't know if he has people who are close enough to him to be able to get through to him, but he clearly needs help, I just hope that happens before too much damage is done. I genuinely feel for Kim, this can't be easy to deal with.
Resources
Very Peri
News
General
Opinion
True Crime
Politics
Sport
Explainer
Entertainment
Celebrity
Reality TV
Movies
TV
Books
Rogue
Royal
Lifestyle
Beauty
Fashion
Weddings
Home
Wellness
Health
Fitness
Travel
Food
Family
Before The Bump
Pregnancy
Baby
Kids
Teens
School
Parent Opinion
Work & Money
Money
Finance
Career
Lady Startup