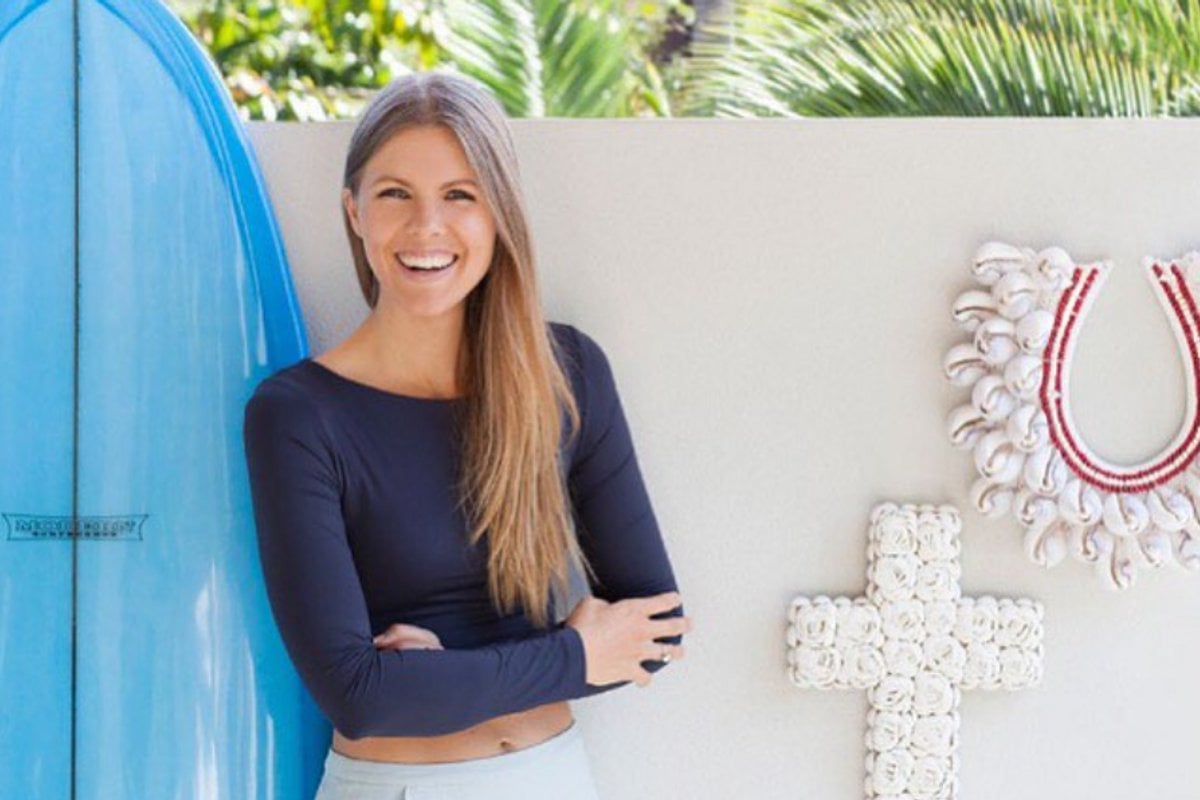 Jessica Ainscough. She's known as the original "wellness warrior". The Australian blogger and former online editor of Dolly magazine was an influencer before influencers were even a thing.

Today, wellness influencers are a staple of every social media platform. But back in the early 2000s, they were just beginning to flourish. Many of us hadn't even heard of the term 'wellness'.

However, the interest behind holistic health and natural remedies had started to gain momentum. And with it came a sinister side to the movement.

Controversial figures like Belle Gibson, the disgraced wellness blogger and convicted fraudster who faked her cancer diagnosis, had the power to influence and leverage a massive following of people - particularly sick people.

This ultimately brought about a tension - one that still continues today - between traditional medicine and holistic wellbeing.

This is where Jess Ainscough came in. She was, in the early days, thought of as Belle's contemporary.

Watch: Elle Halliwell on facing life and death on the same weekend. Post continues below.

In 2008, Jess was diagnosed with a rare epithelioid sarcoma. She was only 23.

The cancer had spread through her left arm, and while chemotherapy worked initially, doctors told her that her best treatment option was an amputation at the shoulder.

Jess had refused to have her arm amputated, and instead decided to try to cure herself without traditional cancer treatment. And, to document the process online.

"I didn't chop off my arm. I didn't go into aggressive, full-body chemotherapy. I didn't accept that my doctor's 'solution' was the only course of action," she wrote on her Wellness Warrior blog.

"I decided that I would do everything in my power to thrive in life, in spite of the looming expiration date I'd been given. I learned how to treat myself with absolute kindness & self-respect. I radicalised my diet. I systematically detoxified my body - and mind."

Jess was a devotee of Gerson therapy, a food-based protocol that claims to cure all kinds of serious ailments, most famously cancer, with an all vegetarian diet and a strict regime of fruit and vegetable juices and coffee enemas.

Sydney GP and author of the book 'Fake Medicine', Dr Brad McKay, says during her treatment, Jess Ainscough built a profile while promoting her belief that food was medicine.

"Gerson therapy has been a therapy that's been around for many, many years - even from the 60s and 70s. It's a treatment that involves doing lots and lots of juices - so fresh vegetables and fruit, putting them into a big juicer. And it's quite onerous, because you have to have the juice on the hour, every hour, every day for a long time," he said.

"It also involves using enemas, that usually either contain coffee or castor oil. And again, you need to be doing these enemas a couple of times a day at least with the whole principle that you're trying to rid your body of toxins that could be sitting in your lower intestine and evacuating them.

"It hasn't been proven to work, and there are practitioners around the world that still do it. But certainly it's not recommended in Australia."

Despite there being no scientific evidence that Gerson therapy cures cancer, Jess persisted.

She started a website, wrote books, appeared on television and attracted tens of thousands of social media followers, influencing many, many people throughout her journey.

Over seven years, Jess became a media figure in Australia, and a major proponent of "natural health". She was young, likable and media-savvy.

“It started out as a personal journal online and attracted a worldwide family craving this information,” she told Fairfax of her blog following.

Jess had built a wellness empire.

But this is where things started to take a turn for the worst.

After being diagnosed with breast cancer, Jess's mother also decided to follow her daughter in advocating the controversial 'natural' cancer treatment.

Jess's mother died in 2013, 14 months after she was first diagnosed.

In an update on her website, Jess said her own personal health had spiralled. She said had become unwell, attributing this to her mother’s death.

"For the first time in my almost seven-year journey with cancer, this year I’ve been really unwell," Jess wrote.

"I’ve lived with cancer since 2008 and for most of those years my condition was totally stable. When my mum became really ill, my cancer started to become aggressive again. After she died, things really started flaring up.

"For the past few months, I’ve been pretty much bedridden."

Tragically, Jess Ainscough passed away from her cancer in February 2013. She was just 30 years old.

Her fiance, friends and family were devastated by her loss, describing her as a vibrant, intelligent, passionate young woman.

In one of her last blog posts she wrote, "My motives are not sinister or dangerous. You would also see that I am simply a young girl, doing her very best to grieve the loss of her mother, to live for as long as she can and the best that she can with a “terminal” cancer diagnosis, and to leave this world better than when she came into it…"

By that time the Australian wellness army was swelling and, in this country at least, one of the names at the forefront of the movement was Belle Gibson.

Listen to our Extraordinary Stories podcast on MPlus, as we take a look at the rise and fall of Belle Gibson and the impact of a lie that fooled a nation.

Medical professionals do not support Gerson therapy and Cancer Australia encourages patients to seek the advice of their doctors in regards to their treatment.

The National Cancer Institute says this about Gerson therapy: “The data that are available are not sufficient to warrant claims that the Gerson therapy is effective as an adjuvant to other cancer therapies or as a cure.” Research by the Institute also makes clear that “adverse events associated with coffee enemas raise concern about their use. Three deaths that seem related to coffee enemas have been reported in the literature.”