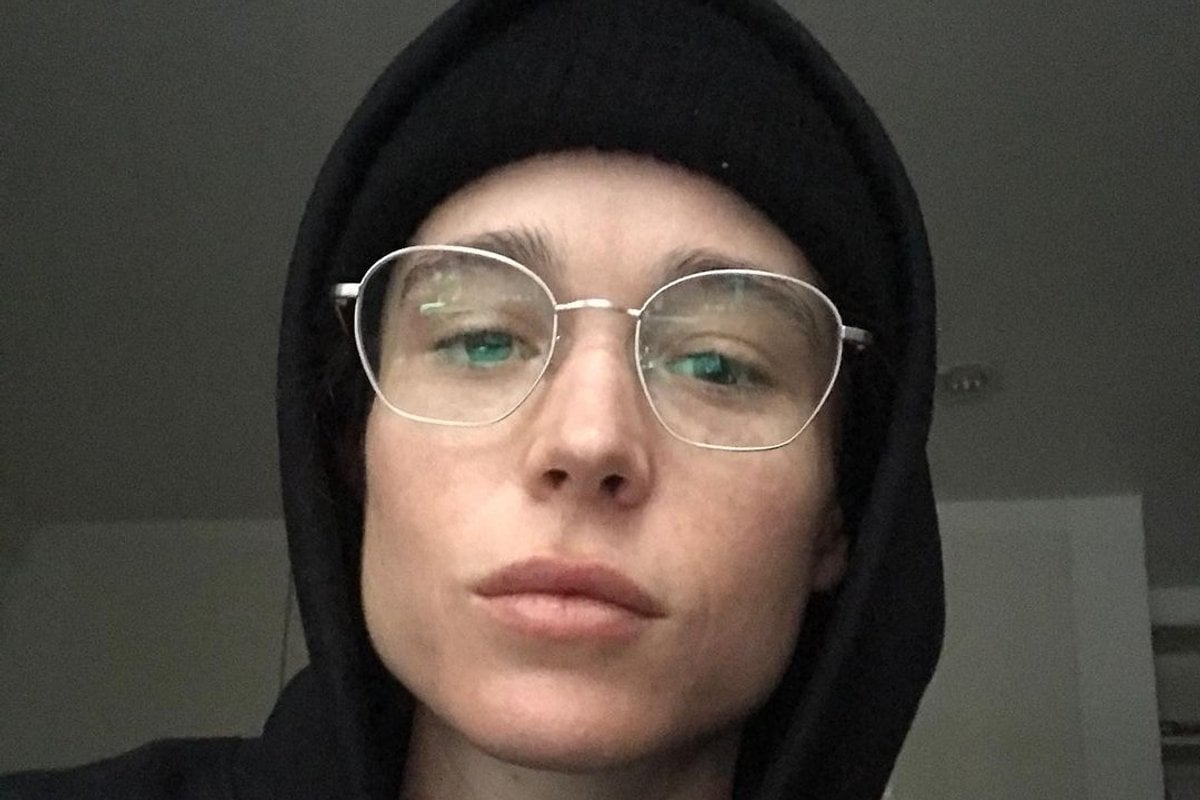 Oscar-nominated actor Elliot Page has opened up about being one of the most visible transgender people in the world, after revealing his "authentic self" last December.

In an interview with Time, Page reflected on how he is feeling, three months after announcing he is transgender.

He explained it as: “This feeling of true excitement and deep gratitude to have made it to this point in my life, mixed with a lot of fear and anxiety.”

"I wanted to be a boy. I would ask my mum if I could be someday," he recalled. “I just never recognised myself."

He said this gender dysphoria meant "for a long time [he] could not even look at a photo of [himself]."

Page said he has previously suffered from depression and he was never sure “how to explain to people that even though [he was] an actor, just putting on a T-shirt cut for a woman would make [him] so unwell.”

Page announced he is transgender last December, saying he felt lucky "to have arrived at this place in [his] life".

"I feel overwhelming gratitude for the incredible people who have supported me along this journey. I can't begin to express how remarkable it feels to finally love who I am enough to pursue my authentic self.

"I've been endlessly inspired by so many in the trans community. Thank you for your courage, your generosity and ceaselessly working to make this world a more inclusive and compassionate place. I will offer whatever support I can and continue to strive for a more loving and equal society," he wrote.

Page added he will never be silent on the issues and discrimination that faces the queer and transgender community.

Here's how Elliot Page started out, and how he has since become an advocate for change and acceptance in Hollywood.

Page, born in Nova Scotia, began acting as a child on Canadian television before starring in several major American movies. He starred in 2005 revenge-thriller Hard Candy and 2006's X-Men: The Last Stand.

The following year, Page played the title character in indie film Juno, which chronicles a teenage girl who unexpectedly falls pregnant. It became a box office and critical success, earning Page an Academy Award nomination for Best Actress.  The New York Times wrote in light of that performance that Page was "frighteningly talented". 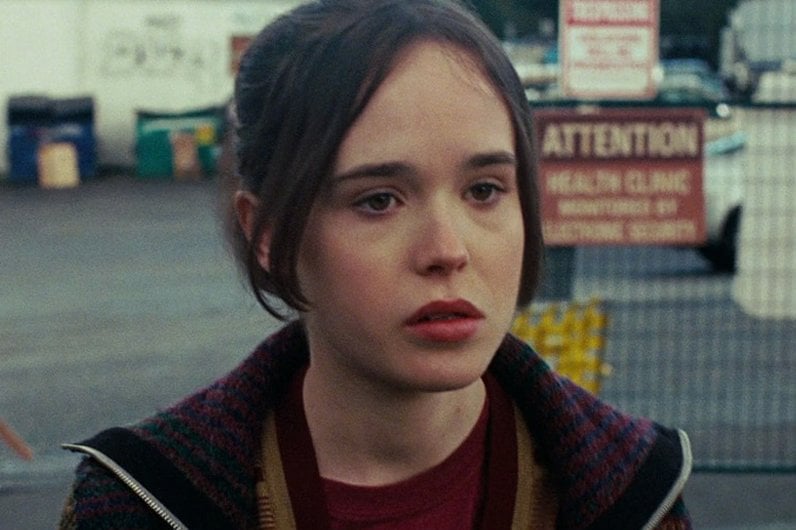 In 2017, Page spoke to the BBC about the film's enduring influence.

"At that time, a lead teenage girl in a movie even getting to dress like that felt a feat, when I was like 'I'm wearing this flannel'. So I think in terms of that character itself, I felt it could potentially have an impact because it did feel like something new."

He went on: "It explores abortion, we have a scene in an abortion clinic, and there's some conversation about that as well, so I hope it allowed to present all the choices and the impact of what that means."

Although it's a film he's proud of, he has also said there is one line that he wishes he didn't say.

It comes after Mark (Jason Bateman), the man who plans to adopt her unborn baby, suggests 'Madison' as a potential name for the child.

Speaking to Bustle in 2017, Page said he wishes the 'joke' had never made it to the big screen.

"It wasn’t something I totally registered at the time, but, of course, now that I’m older I do," he told the outlet.

"So many movies I loved as a kid are just rampant with homophobia and transphobia and biphobia, and I’m not excusing it by any means." 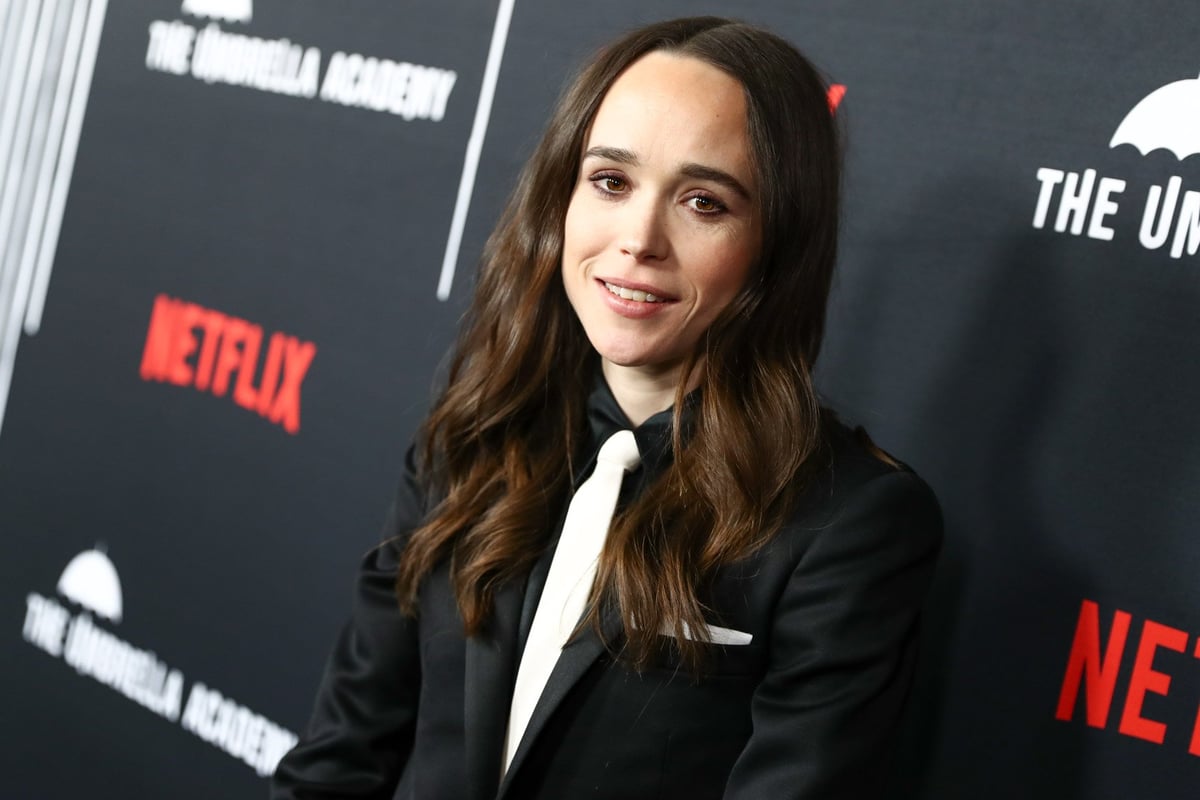 Page has been in countless other films since then, including Christopher Nolan's Inception and X-Men: Days of Future Past.

Currently, he plays Vanya Hargreeves on Netflix's The Umbrella Academy, which according to Netflix was watched by 45 million households in the first month of its release in 2019. A third season is due to be released next year.

Coming out as gay.

Page shared he was gay during a speech for the Human Rights Campaign's Time to Thrive Conference in 2014, where he used his platform to advocate for the rights of the LGBTQI+ community.

"I'm here today because I am gay," Page, then 26 years old, told the audience who gave him a standing ovation in response. "Maybe I can make a difference, to help others have an easier and more hopeful time. Regardless, for me, I feel a personal obligation and a social responsibility.

"I suffered for years because I was scared to be out. My spirit suffered, my mental health suffered and my relationships suffered. And I'm standing here today, with all of you, on the other side of all that pain."

Watch: Elliot Page comes out at the Time to Thrive Conference in 2014. Post continues below.

In the years since, he's been an advocate for respect and representation of the queer community, with the aim to help eliminate prejudice.

In 2016, Page hosted a documentary travel series called Gaycation, where he and co-host Ian Daniel explore the diversity of queer culture around the world. The series was nominated for two Emmy Awards.

In 2019, an interview the actor did on The Late Show with Stephen Colbert went viral for his comments on the dangers of the hate speech and anti-LGBTQI+ policies of President Donald Trump and Vice-President Mike Pence. 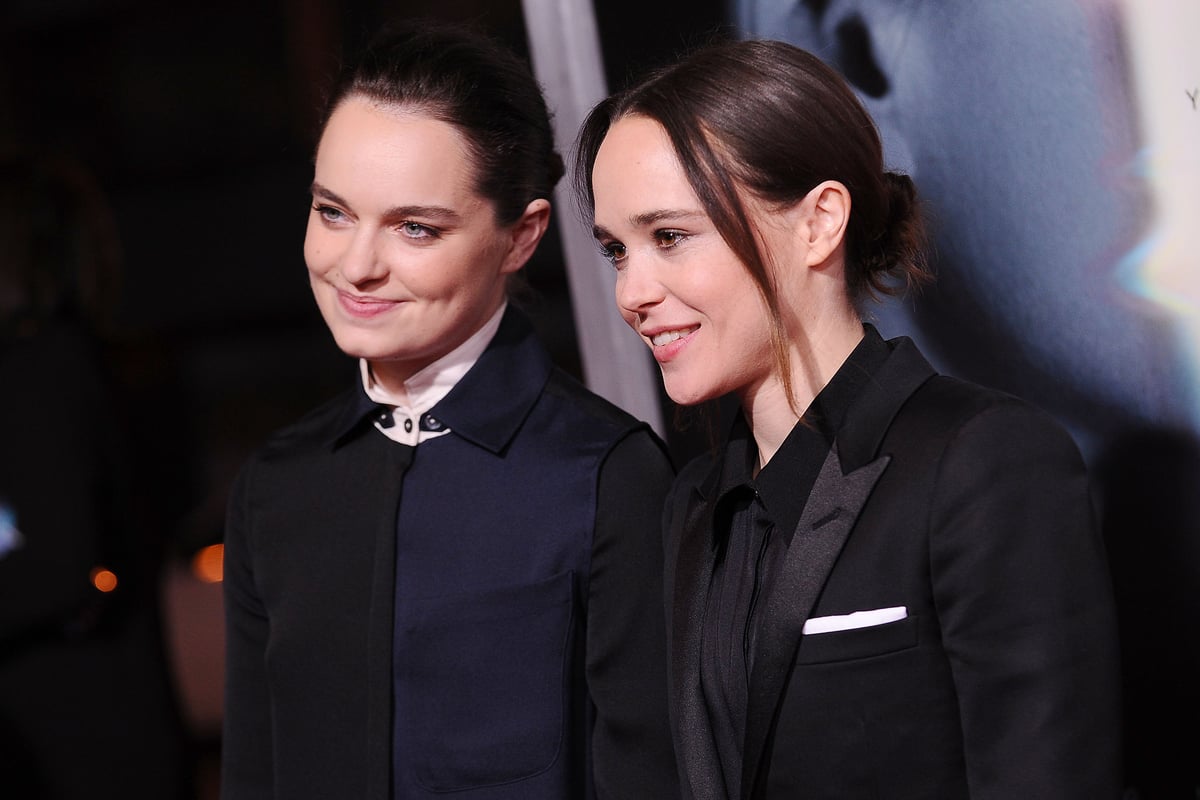 In 2018, Page revealed he had married his partner Emma Portner, who is a dancer and choreographer who has worked with some of Hollywood's biggest musical stars, including Justin Bieber.

Announcing their marriage, Page wrote: "Can’t believe I get to call this extraordinary woman my wife."

The actor shared the news in a series of Instagram posts, showing off the couple’s matching wedding bands.

Portner previously told The Cut how important it is for the world to see gay relationships in the media.

Asked about the attention of her relationship with Page, she replied: "If anything, I’m happy for it. We try to hold hands in public. I try to join her at movie premieres. If we were a straight couple, I don’t think we’d push it so much. But it’s a chance for queerness to be out in the open.”

In light of Page's transgender announcement in December, Portner shared her support, saying she is "so proud" of him for speaking his truth.

"Trans, queer and non-binary people are a gift to this world," she shared on Instagram. "I also ask for patience & privacy but that you join me in the fervent support of trans life every single day. Elliot’s existence is a gift in and of itself. Shine on sweet E. Love you so much."

The 34-year-old filed for divorce from Portner at Manhattan Supreme Court after three years of marriage.

In a statement made to the Daily Mail, the pair announced that they first separated last year.

"After much thought and careful consideration, we have made the difficult decision to divorce following our separation last summer," the statement said.

"We have the utmost respect for each other and remain close friends."

Reply
Upvote
Just to be clear - the comment 'formerly known as' is still very much deadnaming.
Elliots transition is discussed, as well as his career pre transition, so if anyone was unaware it soon becomes very clear who you are talking about, making deadnaming him unnecessary.
Dead naming is never okay and I would love to see this article edited to remove that line - Mamamia has always portrayed themselves as an inclusive and safe space for the LGBTQ+ community and I would hate for this to dampen that!

Thank you for your feedback. You're absolutely right and we apologise for this oversight. This has now been amended and we will be taking on your feedback, thank you.