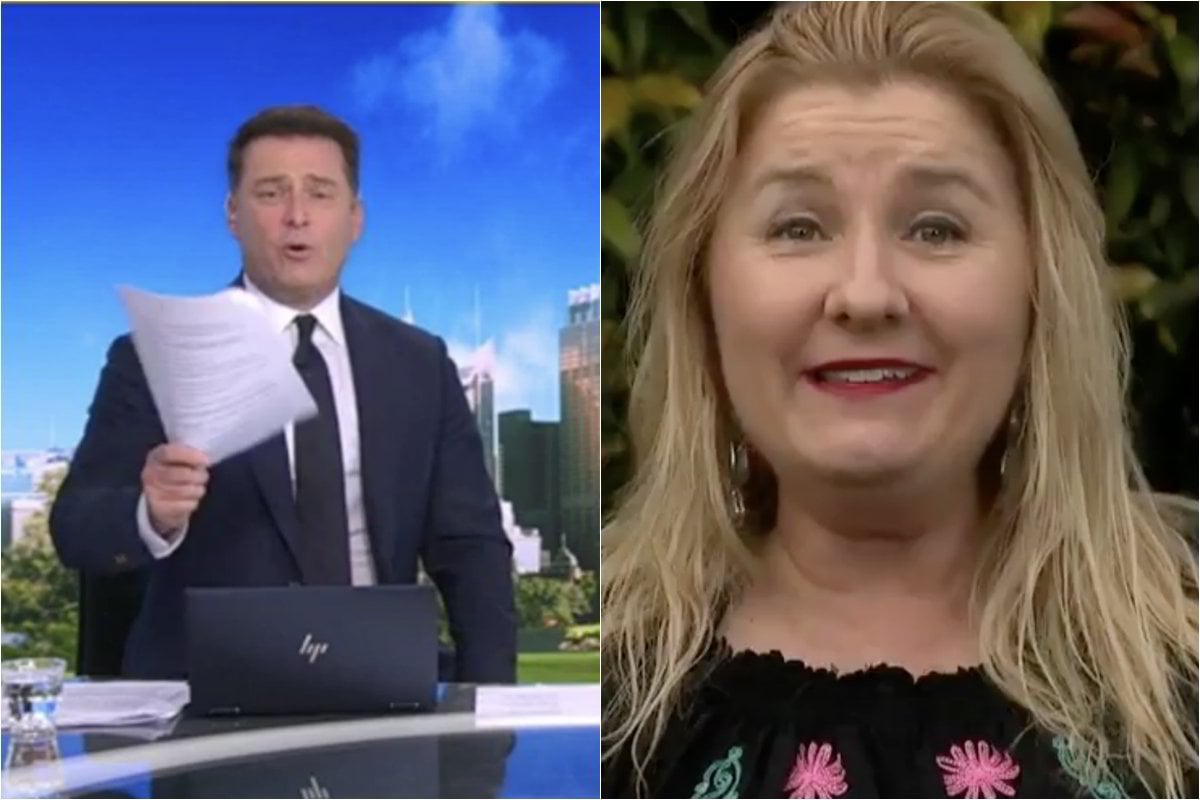 You may have heard of 'Bunnings Karen'. It's a phrase that has swept the internet over the weekend, representing a group of vocal anti-maskers in Melbourne, where face coverings are mandatory due to the coronavirus outbreak.

Over the weekend, a number of videos emerged of the anti-maskers entering essential services, such as Bunnings Warehouse and the post office, as they antagonised and harrassed workers over the 'no mask, no entry' rule.

Now, a seemingly proud 'Bunnings Karen', Lizzy Rose, has appeared on Today for an interview with hosts Karl Stefanovic and Allison Langdon. It went so badly that the interview was cut off whilst Lizzy was mid-sentence on live television.

Lizzy was invited on to the show on Tuesday morning to explain her stance against Melbourne's mask mandation, saying this is a matter of "personal choice".

Explaining how the altercation with the Bunnings workers came about, Lizzy said she had "no intention to do anything on a Sunday other than go to my local store, get supplies and leave”.

“I calmly entered the store, nobody approached me. I went past four or five staff and nobody said or did anything to me. I was probably there for five minutes before I was in the shovel aisle trying to work out what to buy... I kept my documents with me, just in case anything happened.

“I have never been asked to produce any documents before where I have gone in shops or supermarkets. But I wasn’t being antagonistic at all. I stated what Daniel Andrews instructed me to state on the Department of Health and Human Services website.

“If I have a medical issue or a reason to be exempt I can simply state that, and that is enough.”

Despite herself having a medical exemption from wearing a mask, Lizzy said she believes "wearing a mask is a breach of your human rights".

"This is my voice. This is about an agenda. This is not just about a virus.”

On top of believing this is a human rights issue, Lizzy also alleged that whilst the coronavirus "is very real", the statistics on the cases are "orchestrated".

"The level and amount of effect it has had is not true. The statistics aren't true," she claimed (with no scientific evidence to back her statements). 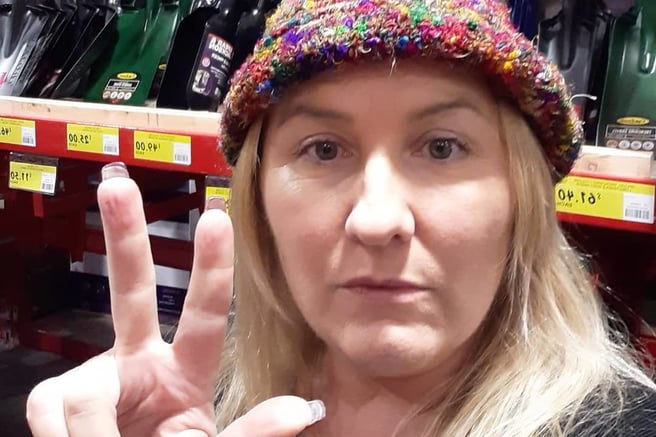 Lizzy went on to level conspiracy theories. When asked about the rate of people dying from COVID-19 in aged care homes, she replied "Is it COVID? How do you know it’s COVID? Why is it that everyone dying in 2020 is labelled as a COVID death?”

"What was your medical degree again?" host Ally Langdon interjected.

"I'm not a doctor, I'm not a scientist, but I worked as a medic, okay? Obviously quite a while ago, not when COVID was around," Lizzy responded.

"I've been a professional psychic, a working psychic, since I was nine years old," Lizzy explained.

Karl Stefanovic, clearly annoyed, interupted: “The issue is, you deliberately went into that place to antagonise workers who are literally just trying to do their bit for the country right now, and protect other people from passing on this killer virus."

“You have espoused all these weird, wacko beliefs and unfortunately there are people out there who are going to believe you and who are going to side with you, and that is just irresponsible in this current climate.

"You know what? I can't even listen to you anymore."

Watch: The moment the anti-masker was cut off on the Today Show. Post continues below.

The live interview was promptly cut-off, whilst Lizzy was mid-sentence.

Stefanovic was left visibly rattled by the guest's appearance.

"We have had people on our show who are losing loved ones and they have to say goodbye to their loved ones with FaceTime," he said.

"It's actually so upsetting. Then we have someone like that who goes in and it is all very difficult for everyone, especially in a working environment like Bunnings. They have to put up with the public coming in and there she is.

"My health comes first." Anti-masker Lizzy believes COVID-19 is bio-chemically engineered and refuses to wear face masks. What are your thoughts on this? #9Today pic.twitter.com/Dgl4zuOjYh

Reply
Upvote
4 upvotes
As satisfying as it might have been to see her cut off, she really shouldn't have been given a platform to begin with. People like this should not be given TV interviews so they can share their nonsense with the whole country. They should be completely ignored by the media. Let the police deal with them.
G
guest2 2 years ago

Reply
Upvote
7 upvotes
Stop giving this woman any publicity whatsoever.   She is a fool with her anti mask stance and should be ignored and the more she is hounded and humiliated by the media,  more risk is run of turning her into a victim.
R
rush 2 years ago