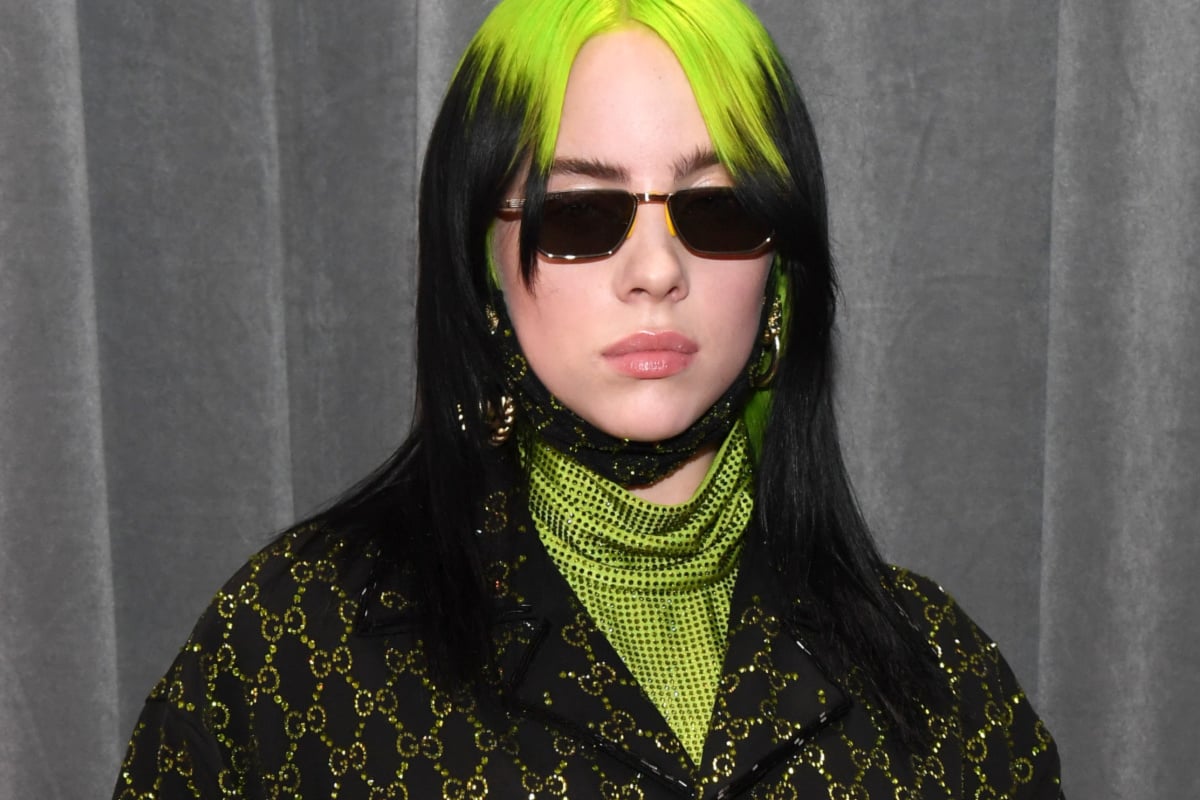 If you watched the Grammy Awards this year and were both parts mesmerised by Billie Eilish’s music but also her green hair, please say “I”.

In case you missed it, singer Billie Eilish won five Grammys tonight, and not just any – she won the ‘Big Four’, might we add.

Eilish took home awards for Best new artist, Song of the Year, Record of the Year, Album of the Year and Best Pop Vocal Album… and she’s only 18 years old.

Billie Eilish is often praised for her mixture of creepy, yet sweet songs, full of haunting imagery created by a soft, whisper-like voice.

But if you’ve heard of the singer (or not) and still know nothing about her, you’re not alone.

While the 18-year-old is the most popular teen on the planet right now and has been making waves in the music world since she was 14, those who don’t seek out her unique brand of indie electro-pop could have missed her. Until now.

So if you want to get up to speed, here’s a crash course on everything you need to know about Billie Eilish.

She recorded her first hit when she was 13 years old.

Billie Eilish’s debut single Ocean Eyes went viral after it was uploaded to SoundCloud in 2016, when the California-born singer was still shy of her 15th birthday. But she actually recorded the song in October 2015, when she was still 13 years old.

Ocean Eyes really got popular at the end of 2016 and blew up even wider when she released her first EP with remixes of the song in January 2017.

Throughout 2017, she dropped more songs, like Bellyache, Bored and Watch, proving she wasn’t a one-hit-wonder.

If you’ve watched 13 Reasons Why, you might have heard her songs Bored and Lovely, which made it one to the Netflix series’ soundtracks.

'Lovely' is one of her best-known songs, which was a collaboration with singer Khalid and released in April 2018 as her first major tour came to an end.

However, it's probably 'Bad Guy' that you can't get out of your head, likely because they play it once an hour on the radio (it seems).

Music aside, she's known for her eccentric outfit choices, favouring puffer jackets and other baggy clothes - a nice change of pace from the over-sexualisation of young women we often see in pop music.

This style, paired with her bright green and black hair and matching dead-eyed stare, means you might be expecting a punk voice to scream at you when she comes out on stage, instead of the soft, beautiful sound she actually produces.

Since mid-2018 Billie Eilish has performed at various festivals and sprinkled out hits, expertly building momentum until she released her debut album When We All Fall Asleep, Where Do We Go?

From there, she kicked off a world tour that started in New Zealand on April 24, 2019, and continued to Australia and the US.

You can expect to hear a lot more from Grammy Award winner Billie Eilish.

Do you like Billie Eilish's music? Tell us in the comments below.

My teenagers adore her and I really like her music too, and her no-BS persona. Would have been good to mention her brother and songwriting/recording partner Finneas as he is responsible for putting Billie in the world and they are such great friends.

I can see why she wouldn't be everyone's cup of tea, but I really like her music and I'm happy to see her doing so well.