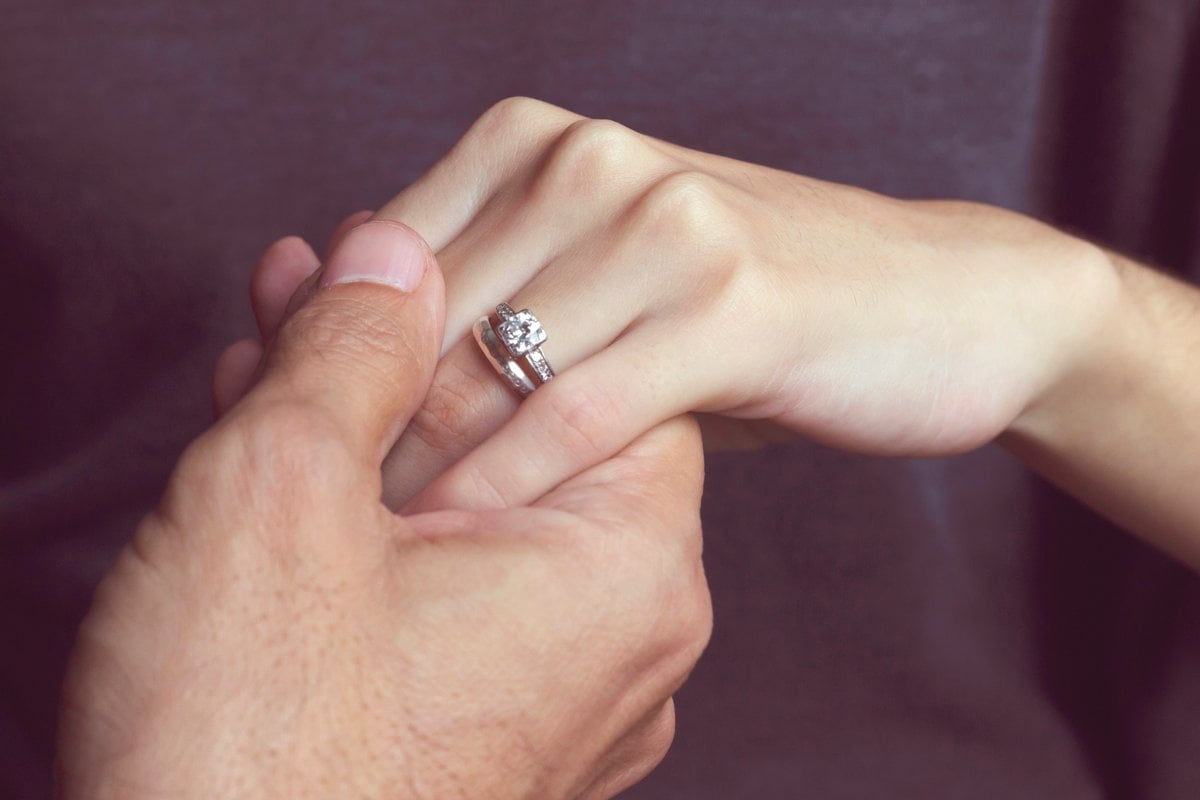 I watched from the back seat as people walked into the courthouse.

I watched, and yet I didn’t see them. Blurred from tears clinging to my eyes. Tears I didn’t want the woman sitting next to me to see. If I only closed my eyes I could hide from the world, but closing them would push tears from my eyes, and then she’d know.

She’d know I still cared. That I still loved.

Not that it mattered any longer.

Green flickered on the dash. The neon clock shifted, the time a sword to my back. A dagger to my throat. A gun to my heart. Every new minute the weapon of choice pushed harder. Deeper.

Soon it would be me walking into the courthouse. Would I be able to see? Would the moisture from my eyes clear? Or would whatever tears I hadn’t shed over the past weeks empty themselves?

A hand on my shoulder. Her hand. A hand I’d felt a million times over. A hand I’d held. A hand I’d kissed. I’d interlaced my fingers with hers when we were intimate. Palms sweating, muscles tightening.

But now, it was just a hand. A weight to nudge me awake. To hold me against the sword.

"Hold out your hand," she said.

I did so without questioning. Extending it to her. Something I’d done so many times. To pull her up. To lean on her. I offered her my hand, one final time. One final time as husband and wife.

I felt the slightest weight drop into my palm. I knew without looking what it was. The weight of a thousand dreams. A million hopes. Infinite possibilities. We just happened on the possibility I hadn’t hoped or dreamed of.

Through the foggy vale of tears shielding my eyes, there it lay. Her engagement ring. The luster now gone. Dragged out of it with the loss of our relationship. Forever gone. Never to return.

A message from my wife’s best friend. The friend I’d never met in person, because she didn’t travel for the wedding. But then none of her friends travelled for the wedding.

"Asking for the ring back? It’s not yours to ask back."

Truth be told, I don’t remember how I asked for it back. Was it in a fight? Was it in a screaming match? Did I tell her if she didn’t want to be at my side then she shouldn’t keep the promise represented in the ring? Did I say if she could take it off when f**king the other guy then she had no right to keep it?

I didn’t know. I still don’t. But the words were said.

"An engagement ring isn’t a gift," I wrote. "It’s a promise. And I’d like my broken promise back."

Part of me didn’t want her profiting off the engagement ring. Off the love I pooled into tracking it down. Securing it. Caring for it while I hid it away, preparing for a proposal. Checking on it like a secret pet, making sure it was doing okay.

Part of me wanted to hurl it into the nearest body of water. Emotions were foggy. Interwoven. I didn’t know where sadness ended and hatred began.

I didn’t send her another message.

The next day she was no longer on my friend’s list. The downward tick in Facebook friendships didn’t bother me. The words did.

Was I a piece of s**t for asking for it back?

That, deep down, I wanted back what my love had crafted. It didn’t cut the diamond or forge the metal. But the journey both ring and heart went on to find each other felt like its own relationship. I already lost mine.

Or was that all make-believe? Had I turned into the commanding officer, walking past a soldier, and stripping her of her rank. Tearing insignia from uniform before a final discharge?

The fog of sadness and anger.

My brain couldn’t see clearly through its haze.

My eyes couldn’t see clearly through the haze.

The judge sat and talked. I stood and didn’t listen. Words went through me. I felt the weight of the ring in my pocket. Its weight pulled my mind, sinking it into a black depth. A depth where every word spoken sounded of yells from above water. But they were not to save me from drowning in those emotions. They were mandates to keep me there.

In the end, we signed something. Someone stamped something else. And it was done.

Eventually, she flew to where she now called home. I remained in mine, the ring staying with me.

I should have not asked for it back.

I should have hurled it into the nearest body of water.

And now someone else owns it. For all I know, someone else is wearing it. Showing it off as a symbol of their love.

In many ways, I hope that is the case.

It was a complicated journey obtaining the ring. Finding it in New York. Having the gemologist call in a few favours to pluck it before several others were able to nab it.

For whatever reason, it ended up in my hands. It ended up on my ex-wife’s hands. But we weren’t the final journey for the ring. It had another leg to its travels.

And maybe all it needed was me to find it and, eventually, sell it to someone who calls it their own, forever.

I don’t remember how I asked for the ring back. But, if it ends up working out for someone else, then perhaps that’s all that matters.

Reply
Upvote
My ex-fiancée broke off our engagement. He ended it and asked for the ring back while I was hysterical with grief. I never gave it back. As far as I was concerned, he broke the promise that the ring represented and so it was mine to keep.
E
em 8 months ago

Reply
Upvote
4 upvotes
Funnily enough there is actually case law around this, and who is entitled to the ring will depend on whether the couple is married or not, as well as who “broke” their promise. For example if a man proposes to a woman with a ring, and they become engaged, but she then decides to break off the engagement then the ring should be returned. If he breaks it off then the ring should stay with the woman. If, however, the couple are living together as defacto then depending on how long the engagement is, the ring will be considered shared property. If the couple are married it will be the same, and the ring would go into the general pool of assets to be divvied up as part of the separation. So yeah, you don’t have a general entitlement to ask for the ring back after a marriage breakdown, which might be hard where there are hurt feelings involved.
News
General
Opinion
True Crime
Politics
Sport
Explainer
Entertainment
Celebrity
Reality TV
Movies
TV
Books
Rogue
Royal
Lifestyle
Beauty
Fashion
Weddings
Home
Wellness
Health
Fitness
Travel
Food
Parents
Before The Bump
Pregnancy
Baby
Kids
Teens
School
Parent Opinion
Work & Money
Money
Finance
Career
Lady Startup
Relationships
Sex
Dating
Separation
Friendship
Family
Real Life
Couples